Bitcoins Part One: What is cryptocurrency? 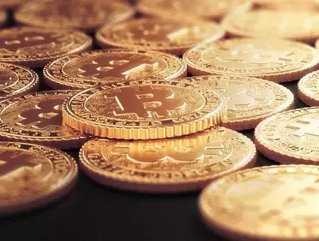 Bitcoin is the current buzzword of the financial world, with some news stories lauding it as “the future of currency” and other reporting on several recent hacking instances that have destabilised some of the biggest bitcoin exchanges. It’s the world’s first cryptocurrency (also referred to as digital currency), but what does that mean?

Bitcoin was introduced in 2009 by developer Satoshi Nakamoto (as a pseudonym, this could refer to one person or a group of people). It uses peer-to-peer (P2P) technology which, in short, means there is no middle man, no central bank, no government regulation, and an inexpensive transfer fee when compared to current money transfer options. Bitcoin from the buyer’s electronic wallet goes directly into the seller’s electronic wallet. It can also be traded for cash, as long as the country in which you are trading recognises Bitcoin as a legitimate currency.

One of the largest appeals of the bitcoin is the ease of international use. Because the bitcoin belongs to the world and not one specific nation, it crosses borders seamlessly. This leads to less time for transactions and no hoops like exchange rates and government regulations through which to jump.

The bitcoin mining process is probably the most confusing element to understand for those of us who are not professional coders. It’s called “mining” because those who do it are the ones who get the new bitcoins, and because it is a finite resource – it’s thought that it will cap off at around 21 million bitcoins sometime during the first half of this century. The code to start mining is open-source, so anyone can start mining for bitcoins, but that doesn’t mean everyone will have the hardware, patience or ability to do so. The following information is simplified, so that even the most helpless of computer users (like me) can hopefully understand.

A few things are necessary to get started. A bitcoin miner must have a bitcoin wallet (it’s exactly what you think), which can be downloaded for whatever operating system in use. A backup of the bitcoin wallet isn’t necessary, but suggested, as if your computer crashes and you don’t have a copy, your bitcoin will disappear into cyberspace forever. The open-source code is also required.

A computer mines for bitcoins by solving increasingly difficult algorithms. When the bitcoin currency and code was introduced, it was easier to mine for bitcoins because the algorithms were simpler, meaning less advanced machines could solve them. Introduction of new bitcoins has since levelled out, because the longer the algorithm, the longer it takes to solve. Now, it is extremely inefficient for one person to try and mine for bitcoins – results are much better in a pool. This allows several machines to be used to solve one algorithm, meaning it will take less time, and offer more regular (though less lucrative) payouts.

The algorithm itself goes towards building and maintaining, in essence, a giant public ledger that contains the record of every bitcoin transaction ever. The miner’s machines check to make sure when a transaction occurs, the sender isn’t transferring money he or she doesn’t have. For this service, and for adding layers of computational work to the ledger so that it cannot get hacked, miners are awarded bitcoins.

The final instalment in this two-part series about the bitcoin will discuss which companies currently use the currency, which countries ban it, and the pros and cons of a global, unregulated currency.