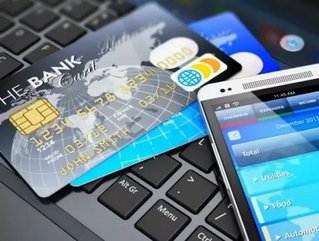 It is not hard to identify where the future innovations for banks are going to lead us. With mobile technology growing as quickly as it is, banking is just one of many industries that has had to try and adapt to keep up with consumer demand for easier, mobile solutions to their banking needs.

“The banking industry is historically seen as a resilient and unwavering force - riding out the ups and downs of the markets as a conservative constant rather than a risk-taking innovator,” said Kenji Nishi, the marketing and business development director at Gemalto, a world leader in digital security.

And while this consistency from one of the most influential sectors in our business world today is reassuring, it has not been enough for everyone. As the number of people in Australia with smartphones continues to increase (smartphone users have been the majority of mobile phone owners for at least a couple of years now), the demand and expectation for mobile banking services has increased right alongside.

“Mobile payments, powered by NFC (near-field communication) technology, are quickly taking centre stage in Australia,” shared Nishi. “Developing this technology, which allows consumers to tap or wave their mobile phone in front of an NFC terminal to make a payment, involves cooperation between telcos, financial organisations, and security providers.”

And while the industry that has traditionally been the conservative force in a sea of innovation, it’s now the banks that are actively driving the changes in this space, Nishi reported.

In this exclusive article for Business Review Australia, Kenji Nishi shares how banks are changing the landscape of mobile technology for good.

Over the past year, Australia’s banks have become increasingly invested in delivering new payments technology to customers and it has spurred exciting developments in the industry. All of the ‘Big Four’ (CBA, Westpac, NAB and ANZ) now issue contactless cards, having witnessed staggering growth since their deployment. Westpac stated that over a period of 12 to 18 months, contactless payments jumped from 10 percent to 60 percent.

Now, these financial institutions are banking that their ventures into mobile payments technology will achieve similar results. Commonwealth Bank’s CommBank app allows users to “Tap and Pay” with their mobile and Westpac predicts three million people will make an average of five contactless mobile payments per month next year – resulting in an industry worth $3 billion.

NFC-embedded solutions have been cited as the technology most likely to drive mobile proximity commerce in the future, and with our major banks on-board, we’re now seeing a jump in the adoption of NFC-services by consumers.

This NFC technology offers users all of the benefits they enjoy with contactless cards – including convenience, ease of use, security and speed of payment, as well as the opportunity to more closely integrate their mobile phone/device into their day-to-day. For instance, Commonwealth Bank customers are now able to withdraw cash from ATMs without even using a card. Instead, users log on to the bank’s mobile app, select the amount they wish to withdraw and receive a code to enter into the ATM as well as a PIN sent via text to their phone.

In Westpac’s most recent trial, customers scanned their fingerprint to log onto its banking app and St. George recently became the country’s first bank to tap into the wearable technology trend, with a new banking app designed for smartwatches. All of these innovations make it easier for consumers to go about their day without the use of cash or traditional payment cards.

How Security Plays Into Innovation

Security is at the core of any payments platform, which is why trust is a main factor in these new innovations. Not surprisingly, the latest research shows that consumers are more likely to choose payment methods provided by financial institutions, such as card payments, BPAY, direct debit and direct transfer payments.

In a recent survey by RFi Consulting, 55 percent of respondents named security as one of the top three factors that influence how they decide to pay for an item – with 29 percent saying it was the most important factor, the largest percentage of all the responses.

Security has been a critical factor for banks in the development of the newest mobile payment technologies. For example, if an NFC-enabled phone is lost or stolen, consumers are protected against fraudulent account activity in the same way as their contactless debit and credit cards.

The payment apps can be disabled by the bank, similar to putting a hold on a credit card. Additionally, consumers can choose to manage their transactions with a PIN code and certified third-party service managers handle the payment applications remotely in secure data centres.

With the continued integration of smartphones into our daily lives, one may argue that storing banking details in a phone is inherently more secure than traditional cards simply due to the connection between consumers and their smartphones.

While it’s common to misplace a wallet or credit card, consumers are more accustomed to checking their phone throughout the day and would be likely to notice immediately if it went missing.

In the latest Advanced Payments Report, 76 percent of respondents named banks and financial institutions as the top players most likely to drive growth in mobile payments, and with the latest developments unveiled in Australia, it’s easy to see why. The real driver of growth, however, will be solutions that offer a seamless, integrated payment experience for consumers as well as manage the trust those consumers they have come to expect.