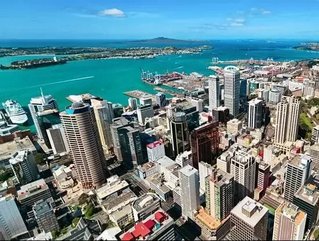 Auckland’s housing market may be starting to cool off, according to a new set of data.

Research from Barfoot & Thompson has shown that house prices in the North Island’s major city have grown by the lowest rate in five years.

Peter Thompson, Managing Director of Barfoot & Thompson, said: What did change significantly in 2017 was the number of homes sold, which fell by more than a quarter on the numbers sold in each of the previous three years.

Thompson added: “The sense of urgency to buy a property regardless of its asking price has disappeared. It has been replaced by buyers taking a more considered approach.

“Normally when sale numbers fall by such a large percentage, prices retreat from their record high levels. But this has not occurred, and prices have continued to rise modestly. It underlines there is still buyer support at current prices.”