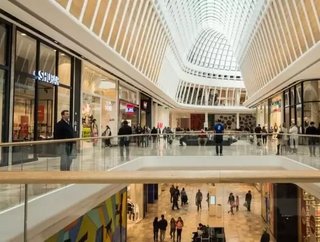 In Chinese the word ‘daigou’ means ‘buy on behalf of’— and in the world of China’s booming middle class it also means ‘personal overseas shopper’.

Daigou in Australia pull in anywhere between AU $40,000 to $1000,000 selling Australian-bought goods in China.

The phenomenon exists worldwide, with the Financial Times recently estimating that daigou accounted for between US $5.1 billion and $7.5 billion of sales last year, or 12 percent of Chinese luxury spending. In Australia, Reuters report that daigou primarily purchase dairy, produce and health products for the health-conscious Chinese consumer.

Who loses out on Chinese spending?
Daigou purchases aren’t necessarily good news if you’re the taxman: Industry consultants have said that Australia could be missing out on as much as AU $1 billion in uncollected taxes when Chinese agents ship food products back home.

The vast majority of transactions are thought to occur offshore in daigou bank accounts, which makes it difficult for Australian tax authorities to monitor.

"The fact the fund flows might be going through a foreign bank account and never come into Australia doesn't alleviate the requirement to declare the income as taxable," Peter Janetzki, a partner in Ernst & Young's international tax services team, told Reuters.

Daigou spending is just another thorn in Australian Treasurer Scott Morrison’s side. Morrison is currently overseeing a national crackdown on tax avoidance by major corporations.

At the end of the day, daigou are the ones winning big in the shopping stakes. They communicate with clients back home via the messaging app WeChat and regularly charge premiums of 50 percent above an Australian shop’s marked price.