4 things to know about the Pizza Hut takeover 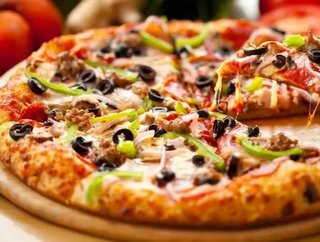 Australian Pizza Hut franchises are about to get an overhaul: Allegro, a private equity fund manager, and a team of local fast food experts are going to take over the running of the chain. Here are the details of the deal at a glance.

Personnel
Former McDonald’s executives Peter Podwell, Chris Leslie and Lisa Ransom will be heading up the new operation. Ransom will be CEO, with Leslie acting as Chief Operating Officer and Rodwell as Executive Chairman.

Eyeing up the number one spot?
Pizza Hut is Australia’s number two pizza restaurant chain (behind Domino’s) and controls roughly 10 percent of the country’s takeaway market. There has also been talk of Allegro purchasing Australia’s third most popular pizza chain, Eagle Boys, which was placed into administration earlier this year, and merging it with Pizza Hut to create a true rival for Domino’s.

"Our immediate focus will be strengthening the network of Pizza Hut stores across Australia through increased investment, resources and management focus," Allegro founding partner Chester Moynihan said in a statement earlier in the week.

The ‘wow’ factor
Moynihan told news.com.au that the new Pizza Hut managers hope to deliver an effortless level of customer service that has never before been seen in the underperforming business.

“For us, that’s just a ticket to the game; it’s a hygiene factor,” he said. “You have to be able to deliver on that. It’s about the quality of your product, it’s about getting it to the customer quickly. Speed is a key thing here.”

Welcome to the digital age
The new team will be responsible for “embracing” digital innovations and trends — said to be a key focus area if Pizza Hut is to compete with Domino’s. The latter is well-known for its tech innovations. Last month it was revealed that the pizza leader was testing delivery via drone in New Zealand.