It's time to forget the 'ivy covered professors in ivy covered halls' that some of us may still associate with a university education. 'Live the future' is the strapline for Deakin University's Agenda 2020, a programme that promises to 'bring the opportunities of the digital age into the real world of Learning, Ideas, Value and Experience by the end of this decade.' As we have seen often enough in these pages, digital transformation is a common goal in the worlds of business, finance, telecommunications and the like, but tertiary education has been held back especially in the west, by the traditional picture of what a university education ought to be like. It has taken an Australian institution to radically re-imagine the learning landscape from the perspective of its 'customers', the students and teachers.

Deakin had a head start on Australia's 42 other universities, including the seven that are located in its home state of Victoria, thanks to its distinguished track record in distance learning. Established in 1974, Deakin was Victoria's fourth university and the first in regional Victoria. It has four physical campuses, at Melbourne, two at Geelong and another further to the west at Warrnambool, as well as a number of learning centres. Currently a quarter of its 53,000 enrolled students belong to what it calls its Cloud Campus, and may never need to visit its physical facilities. While this clearly means that their education entirely depends on digital channels for its delivery, whatever the route to higher education a student chooses access to learning is going to be increasingly an online affair stresses Deakin's Vice President, CDO and CIO William Confalonieri; and it's maybe the on-campus students who have seen the most striking benefits from technological innovation so far.

Confalonieri was appointed in January 2012, and a year later was given the vice-president's role of Chief Digital Officer (CDO), with a permanent seat on the University Executive, becoming Australia's first university-sector CDO. This makes Deakin the only regional higher education institution to embrace technology at board level, and to recognise that digital strategies will drive its future growth and indeed competitiveness. “The traditional model of IT and the CIO function has become a fragile one,” he says. “Digital disruption is a reality and if CIOs don't address this at a strategic level they risk being relegated to the back office, whatever type of organisation they are in. Of course we still need to take responsibility for all of the platforms we traditionally manage, for security and service provision. But if we stop there we are going to be seeing only half of the picture.”

Deakin's long tradition in distance learning prepares it well for the new reality all universities face now - they must be prepared to deliver education through digital channels. The cloud campus is made up of students who balance family, jobs, and a host of different life circumstances that demand flexibility – or live in remote locations, while more of the on-campus students may be school leavers. The IT team has to serve both. “The digital journey demands very high standards in either case,” explains Confalonieri. “We are pushing at the boundaries of what is possible, exploring and experimenting with all the leading edge technology that we can find to contribute to the student experience.” Once a trend is identified, his team works in partnership with IT vendors and technology providers to deliver real-world solutions. Artificial intelligence (AI), augmented virtual reality (AVR), location services, robots, emotional computing, community computing and the internet of things (IoT) are among the bleeding edge technologies that are not only being studied but actively implemented. “We want to be right at the leading edge, so we put these services in place incrementally, in the full knowledge that they are evolving in ways we can't see yet.”

Deakin students, for example, are the only ones in the world currently able to access IBM Watson cognitive computing technologies. This is a system with a mind of its own. Introduced just over a year ago, students have used it at a rate of 1,600 enquiries a week to get information about admissions; enrolment; tuition and fees, financial assistance, student housing, extracurricular skills development, health and wellness, facilities, job placement, employment preparation, job skills assessment and academic help. “Watson is a breakthrough and cutting-edge system – it’s a perfect match for this university and represents thinking right on the edge of the digital frontier,” says Confalonieri. “It is also able to learn from its experience and evolve, so its value to the students is increasing daily. They love it!” As you'd expect, most of these questions are fairly pedestrian, like 'Where can I get food on campus?', 'How do I get a student card?' or 'Where is the library?' - but then these are the very stuff of student life, and students can pitch as many questions as they like to Watson via text on any device connected to the web.

The university is ready to invest heavily in order to keep its lead. “We are already working with IoT and some apps are already in place.” Location services based on access points distributed across the university can triangulate the position of every student's device within a few centimetres, he says. “Based on that we put an app together with Cisco last year that shows in real time the distribution of the students at any particular location across the campus. For example you can see how many are in the library at a particular time, or track the usage of different facilities over the course of a week. If a student needs help, for example in finding a particular book, he can submit a request and a member of staff can walk over to him and guide him because they know where he is!” There are 1,000 information points across the campuses. Soon, based on the same app, these will be able to recognise you as you approach, greet you and tell you where your next lecture is – unsurprisingly that is an opt-in service to permit the choice between convenience and privacy!

The smart campus concept is not so much to keep track of the students as to provide them with location services, AI and IoT, creating a campus that responds to the students. Watson was just the first step. As recently as December 2015 a further significant step was taken when Deakin partnered with EON Reality to set-up the first Interactive Digital Centre (IDC) hub in the Asian region at the Melbourne campus. It will offer students, staff and industrial partners access to the latest technologies and know-how in the field of scalable VR and AR, and help train developers to meet the rapidly expanding market need as industry takes advantage of the faster learning and greater knowledge retention these technologies can provide.

In industry the business case for technology investment is usually made by pointing to savings through automation, reduction in overhead costs and in headcount, but there's always a benefit in terms of customer service too. In education the students and staff are the customer. “We have led the student satisfaction tables among the universities of Victoria for a long time and that is really important to us because it grows our reputation and enrolment numbers. If we don't do this work someone else will and we will become obsolete. All the innovations we are working on contribute to the ways we can respond to future students and improve our market position though innovation and disruption. We build back from student experience to the technology not the other way round!”

Of course IT is not all about the disruptive technologies. The platforms that run the operational side of things such as network software and hardware are nothing short of essential and in terms of scale are much larger. We have already spoken about the ties between the university and Cisco Systems on the innovation front, however Cisco is also a significant back office hardware and software provider, much of it supplied and maintained by Australian Cisco Master Partner Data#3, which also supplies Deakin’s Microsoft LAR (Large Account Reseller) and manages the computer hardware and software used across the campuses.

Innovation on the scale we see at Deakin is driven by an exponential increase in data capture, and big data means heightened risk that it may be compromised. Nowhere is cybersecurity more important than in the academic world, and Confalonieri decided that the traditional approach whereby cybersecurity was centralised under the IT banner, managed by a central team, and embedded in technical operations, should be reviewed. “Ours is a 24/7 business, and we cannot afford any form of disruption. This is something we are very serious about,” he says. Accordingly in August last year he created the new post of Head of Information Security and Risk within the IT team. Resilience in the face of the challenges posed by location information, IoT and cloud strategy will be strengthened by this appointment, helping the university to remain operational even in the face of a crisis like cyber-attack, natural disasters or systems failures, he emphasises.

William Confalonieri's claim that Deakin is the digital leader in Australia is well supported. In 2014 he was named Australian CIO of the Year. The university was named by Telstra and Cisco as the leader in video-conferencing in the Oceania region. With over 250 rooms equipped with telepresence or video-conferencing, the majority of meetings – thousands a week – are now virtual and travel time between the campuses has been cut by as much as 80 hours a year for some individuals. Finally, in 2014 it was awarded Best Innovation in Oceania at the prestigious Wharton-QS Stars Awards, which he describes as the Oscars of the IT world. “And in December 2015 we won two awards against fierce competition from 560 other submissions from 31 countries: bronze in the regional awards and the global first prize in ICT services,” he says with pride. “These are all indications that we are doing well at the global scale – but as I already said, we still have a long way to go on this digital journey, and with technology changing overnight we can never stand still.” 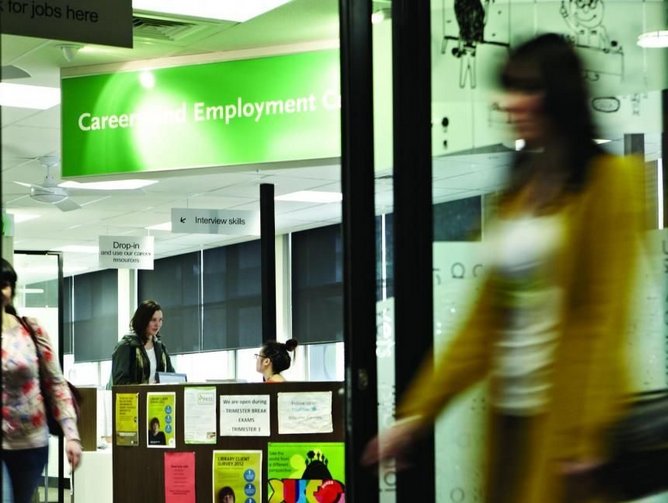 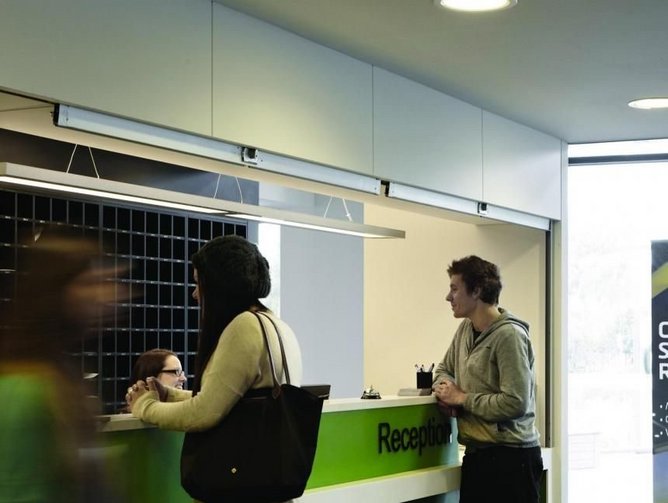 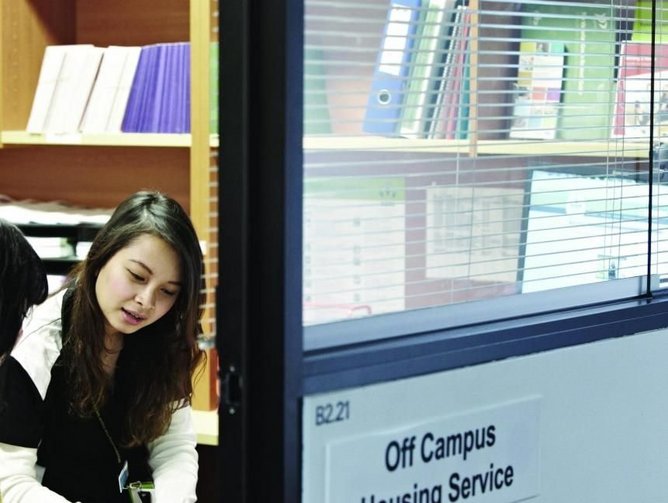