For Mora Telematika Indonesia it’s all about evolution.

The telecommunications infrastructure company has seen significant growth in recent years as the demand for broadband, supported by the growth of data consumption and a government push towards digitization, has increased exponentially in the country.

MTI is now the number two fixed broadband player in the domestic market and as well as providing wholesale connections for telecoms companies, with over 20,000 km of optic fiber cable laid down by the company in Indonesia now, it also supplies to most of the active ISPs in Indonesia.

The company was recently awarded two contracts for the massive $1bn Palapa Ring network infrastructure project by the Indonesian government.

The project is split into three main areas (western, central and eastern region) and with two thirds of the business going MTI’s way, it is now focused on delivering on the project which will see around 440 cities or regions in three dozen provinces across the span of the country become digitally connected.

Mora Telematika Indonesia’s CTO, Michael McPhail, says the company is passionate about delivering connectivity to some of the more remote parts of country, but admits that the topographical and geographical challenges are considerable.

He explains: “We’ve won two major projects from the government, Palapa Ring Barat and Palapa Ring Timur and that’s part of that overall broadband plan for us to connect different locations and areas which have limited fiber infrastructure right now, so that we can extend that reach out to the remote areas of Indonesia and connect the islands together.

“There’s a huge push in infrastructure deployment in general in Indonesia. I think we’re recognized as being a leader in the space, but we’re also recognized as being truly independent. The operators in Indonesia have limited sharing on any real activities or projects. I think Moratel is seen as being independent, and because of that I think people feel more comfortable dealing with us.

“One of the things that they’re all very aware of is that it’s very, very difficult to get a connection out to a lot of the remote areas of the country. There’s a challenging business case to build that connection which is why it’s supported by the government.”

The Palapa project will connect Java, where 65 percent of the Indonesian population lives, through into Papua. A mixture of submarine and inland cable will be used, and microwave connections will also be needed in Papua because there are certain areas where there are no roads, and the only way you can actually build is by flying the infrastructure up there.

But this is far from the only logistical challenge, with some of the undersea cables up to 5,000 meters below sea level and also part of the network passing through the outer edges of the Ring Of Fire, the basin in the Pacific Ocean where large numbers of earthquakes and volcanic eruptions occur.

McPhail says: “From a submarine perspective, we have to be careful where we deploy. Some of the companies that are doing the marine surveys for us, who deal with some of the major projects in the world, see this project as one of the most complicated submarine projects they’ve actually witnessed in terms of the number of landing points that we have, the geographical conditions that we have to lay the cable across, and also the depth.

“And in Papua, we’re building towers to deal with the microwave connection and the only way we can get the material to the location is by airlifting. It’s extremely expensive and prohibitive, which is why the government support is important. Basically, the way it works is that we build the project for them and manage for 15 years, payment is based on the availability of the system.”

What has allowed MTI to overcome the environmental challenges and establish itself as a reliable provider of network infrastructure in the region, is a desire to stay ahead of the digital technology curve and also by keeping as many elements as possible internally-managed.

In fact, the only software platform that was not designed or managed by their own team was the Oracle suite, pertaining finances, the rest of the company’s entire digital infrastructure is all MTI’s own work.

McPhail adds: “As a company one of the ways that Moratel can do to strongly compete in the market is by maintaining costs and quality by keeping in-house as much as possible.

“Everything we do, in terms of how we manage the team, our internal management processes, knowledge managment, HRMS, dashboards, we’re trying to build everything in-house so that we have end-to-end management ourselves.

“Our IT team is a good example. We recently built our entire BSS stack for our IPTV service which includes automatic ordering and provisioning. On the operations side, we use the network management systems provided by our suppliers but in terms of our CRM solution, our Trouble Ticketing solution, how that gets moved into reporting - that’s all developed in-house.

“It allows us to be able to control and manage the applications well so that we can customise to what we need to deliver. That gives us an advantage because we maintain a lean and agile approach ensureing our cost in deploying is significantly lower than our competition.”

And that is perhaps the key to MTI’s success, and the company is growing, both in the scope of network provision it is looking to provide and just bare numbers.

The company is having to expand the workforce to deal with the increasing amount of work it is getting and there are also ambitious plans for a massive expansion in connectivity between Jakarta and Singapore.

McPhail concludes: “As an organization we’re continually evolving and expanding to meet the demands of the work that we’re doing. We’re growing in double-digit numbers every year.

“In our Sumatra backbone, with Jakarta and our main connection from Jakarta to Singapore, we have huge upgrades planned for the next year. We’re not talking 10G connections, we’ll be increasing our connections to a minimum of 100G with increments to over 1T.

“What we’ve seen is the consumption of data growing so fast, that means for us to be able to continue to provide for our customers, we’re having to expand our network aggressively, while expanding diversity to increase reslience..” 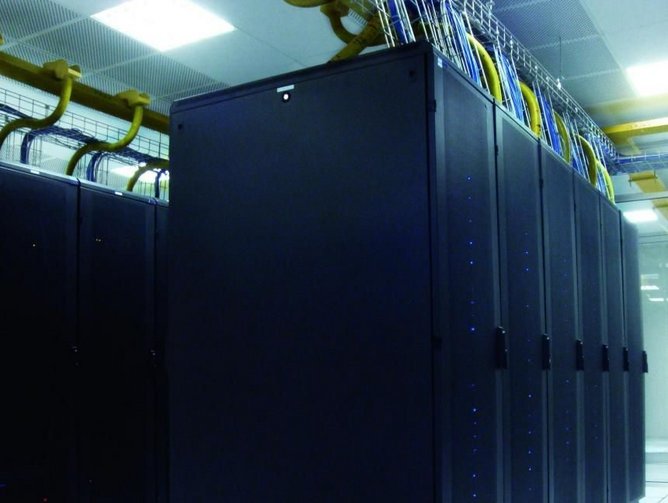