As one of Australia’s leading sustainable aquaculture companies, Tassal continues to produce fresh and healthy Tasmanian Atlantic salmon while keeping the community and the environment a priority. It is a trusted leader in quality and innovation and has the support and backing of several third-party sustainability partners. Tassal was founded in 1986, became a publicly traded company in 2003 and partnered with the World Wide Fund for Nature Australia (WWF) in 2012. Throughout its 28 years, the company has experienced huge growth and is looking to continue the trend. Tassal’s commitment to its product, employees and the environment combined with its clear sustainability plan for the future will ensure the company will move towards their strategic vision of sustainable long term returns to shareholders as the leader in salmon in Australia, selling a highly recognised ethical valued brand and product to Australian consumers and retailers – while operating in a zero harm environment.

Tassal is moving beyond a compliance-only culture towards a more proactive champion of sustainable business practices. Their partnership with the WWF began with the goal to make sure all Tassal seafood is produced to the highest global standards of responsible aquaculture by 2015.

Credible third parties endorsing Tassal’s sustainability initiatives have been vital for the company. WWF-Australia provides Tassal with expert advice on the development of the company’s sustainability strategy and has provided guidance throughout the ASC certification process. Tassal has also signed WWF’s Sustainable Seafood Charter, committing to an all-encompassing sustainability approach to the business.

Recently, Tassal became the first producer of farmed seafood in Australia to achieve the gold standard Aquaculture Stewardship Council (ASC) certification. ASC is an independent, not-for-profit organisation established in 2009 to manage global standards for responsible aquaculture. The standards of the certification include strict requirements in several categories such as the minimisation of escapes, chemical use, predator control and effluent release, feed ingredients from sustainable sources, habitat protection and freshwater smolt production.

Involvement in the community

Several environmental and social concerns – antibiotic use, noise from farms, wildlife interactions – were historically brought to Tassal’s attention. In its Sustainability Report, published annually since 2011, Tassal addresses each one of these concerns and outlines the steps it is taking to resolve the issues. It has implemented proactive fish health strategies, worked with acoustic specialists and invested in sound mitigation, and has seen a significant reduction in bird and seal mortality because of staff training and infrastructure development.

The communities where Tassal processes and hatches fish are defined as rural or regional. Because of this, Tassal is the biggest employer in these parts of the state. Tassal continues to invest time in its social license to be upstanding, reliable members of the communities in which it operates.

Currently, Tassal is committed to several community engagement initiatives, including the Your Marine Values Project, workshops for communicating communities’ marine environment concerns and priorities, and Skilling Tasmania for a Sustainable Future Project, aimed at determining the skills needed for Tasmania’s business community.

Tassal’s overarching priority is zero harm – zero harm to employees, the fish and the environment. Its ROCK safety program, focusing on Resilient leadership, Observation, Communication and Knowledge, provides a solid platform for the physical and emotional wellbeing of employees.

Mark Ryan, managing director and CEO of Tassal, understands the importance of knowledge in his organization. “Knowledge is power,” he said. “We invest a lot of time and resources into undertaking continuous education.”

Ryan noted that with both marine scientists and workers with high school education could present a disparity and challenge to effective communication. It is one of Tassal’s main goals to make sure employees are empowered to have a confident voice in the organization; employees are always encouraged to speak out. Because of these empowering initiatives, Tassal won Tasmanian Employer of Choice Award in 2013.

In order to improve sustainable growing and harvesting efforts, Tassal’s Project Sweet Spot –  which makes sure the right fish go to the right place at the right time and at the right size – continues to evolve and be refined. In order to account for the many variables associated with any agriculture or aquaculture endeavour, Tassal started Project Sweet Spot by considering the answer: the region needed to grow its fish. By working backwards and fitting its plans into an overall production cycle from a sales cycle, Tassal ended at the beginning of the equation – the type of fish needed in the hatchery.

Forecasting must be done well in advance, as the capital investment cycle is up to five years and the working capital cycle before the fish are harvested is around three years. “There's a lot of innovative thinking around how we're going to optimize the business,” said Mr. Ryan. “Recirculation technology that we employ in our hatcheries gives us the ability to either speed up or slow down fish so they can go out at the right size.”

There are several aspects of Tassal’s business that sets it apart from others in the industry – first and foremost its partnership with WWF-Australia and other sustainability partners. By self-reporting and working towards certifications from credible third-parties, Tassal is proving that what it says it is doing is actually happening.

“At the end of the day,” Ryan said, “it’s not just about talking the talk – it’s walking the walk.

“We have a clear strategy for future sustainably growth, and we are applying that strategy to where we can deliver global best practice by maximizing our competitive advantages and really having the sustainability, zero-harm vision. That's what defines us.” 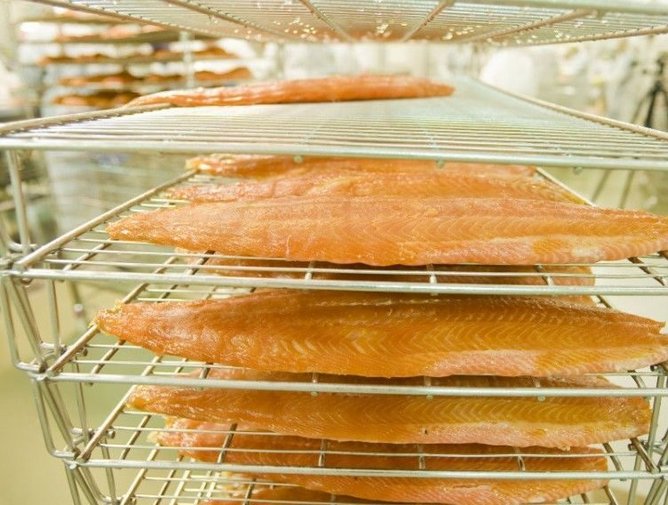