Success in a changing environment

The company has developed a substantial wind energy portfolio throughout NSW, complimented by a fresh expansion into medium to large scale solar in NSW and Queensland. CWP Renewables development strengths lie in excellent stakeholder relationships and well sited projects.

Before entering the Australian industry, Continental Wind Partners was established in Europe in 2006, specializing in wind and solar development in the new EU countries such as Poland, Romania and Bulgaria. In 2012 came the completion of the Fantanele Wind Farm, the company’s flagship project valued at €1.3 billion, the largest ever private investment in Romania and Europe’s largest wind farm development.

“We initially focused on Eastern European countries, where we saw a good opportunity to bring renewable energy into the mix,” said Alex Hewitt, CWP Renewables’ Managing Director and co-founder of Continental Wind Partners. “These countries had recently become aligned with European renewable energy legislation. The time was right and we responded - we founded the company, built a team and established a network of offices across the region.

“We raised capital from a mixture of funds and individual investors, and embarked on the development of a wind portfolio in that region. Within 20 months we had started construction of our first wind farm”

Closer to home, Boco Rock Wind Farm in southern NSW is the company’s first completed Australian project and a testament to the company’s development and asset management expertise. The 113MW project was developed by the company’s Newcastle based office from 2008. The same team then saw the project through financing and construction before delivering the fully operational wind farm in January 2015.

CWP Renewables, working with GE and ANZ, successfully financed the project for $360 million, bringing together a lending consortium of five banks, and the Electricity Generating Public Company Limited (EGCO) through the sale of equity. Boco Rock enabled EGCO to expand its renewable portfolio and enter the Australian market. In 2014 the project won Wind Finance Deal of the Year for the Asia-Pacific region by Project Finance Magazine in recognition of the complexity of the financing in what was a challenging time.

CWP Renewables retained the role of asset management of the project, and oversaw the GE/Downer construction consortium through construction and then through operations. The company’s dedication, tenacity and innovative problem solving saw the project successfully constructed ahead of schedule, with positive outcomes for all stakeholders. The hard work that went into maintaining a social license to operate was recognised by the Clean Energy Council when the peak industry body awarded CWP Renewables the 2014 Community Engagement Award for their work at Boco Rock Wind Farm.

“It’s a project we’re very proud of and more importantly so are the local community,” said Hewitt.

“We’ve got a dynamic team, who confidently met the challenges of developing, financing, constructing and operating Boco Rock Wind Farm. And we’re ready to do it all again.”

“We’ve got another four projects in the pipeline, and with renewed bipartisan support for the Renewable Energy Target, we’re getting on with the job of making them a reality. We’re eager to start financing the next project within 6 months.”

At the top of the company’s list is Sapphire Wind Farm, a 320 MW project in the Northern Tablelands of NSW.

“Sapphire Wind Farm is a fantastic project with a lot of potential. We are also planning to incorporate solar and potentially pumped hydro within the project.  It’s fully approved and our team is now talking to investors,” said Hewitt.

“We develop great projects, and we’re looking forward to steadily rolling them out over the coming years,” said Hewitt.

Hewitt believes success comes from having the right people that can work cohesively as a unit and CWP Renewables has that “A team.”

“We have a close-knit dynamic team at CWP Renewables, and our biggest strength lies in our strong communication and team work,” said Hewitt. “We work on a common platform and collaborate to solve problems, develop innovative solutions and work to our strengths. Our managers mentor and nurture new employees, and drive ownership and confidence.

We’re a responsive and adaptive team as well. While the last 18 months saw a freeze in the large scale wind energy market, we took the opportunity to effectively expand into asset management operations and large scale solar development,” said Hewitt.

CWP has also excelled in creating a good relationship with its supply chain, which Hewitt believes is a basic principal of a good business.

“We like to engage our key suppliers early in the process,” said Hewitt. “They have a lot to contribute to project design and efficiency, particularly the turbine manufacturers and construction contractors. It makes sense to engage them early to use their experience and knowledge, and that goes for every market.”

CWP Renewables isn’t just another face in the crowd of the renewable energy industry. The company separates itself from its competitors by working very closely with the communities it does business in, placing an emphasis on stakeholder engagement and building a strong social license to operate.

“We’ve had a very successful run because our development team work hard to genuinely engage and consult with the community,” said Hewitt. “We strive to deliver projects that are well-liked by the local community and a wide range of project stakeholders, and we’ve managed to build a great track record with that”.

Looking to the future

One of the aspects that excites Hewitt most is that the renewable energy industry is still relatively new and fragmented. Although CWP Renewables is classified as a mid-sized developer, it has seen massive growth over the years, and continues to adjust and seek out new opportunities.

CWP has expanded into Asia during the last 18 months and is looking to create a large portfolio of mixed renewable energy generation, combining wind and large-scale solar power as well as small to mid-size diesel replacement initiatives.

The company has opened an office in the Indonesian capital Jakarta, while also entering a joint venture to build a significant wind farm portfolio across Indonesia. CWP is also establishing relationships and screening potential projects in the Philippines.

“The last 18 months have been a difficult time for our business and the entire sector in Australia,” Hewitt explained.

“But while Australia has slowed down, we’ve expanded into Asia and have started building tremendous opportunities over there. The demand for electricity and in particular renewable energy in the SE Asian countries is huge.”

“We have an exciting future ahead of us both in Australia and abroad.” 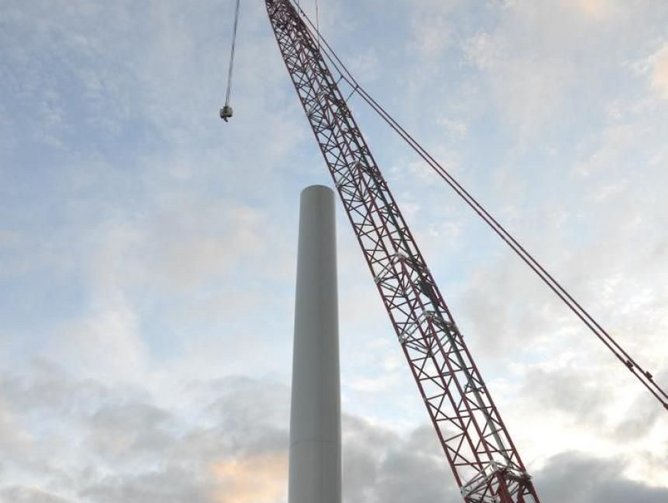 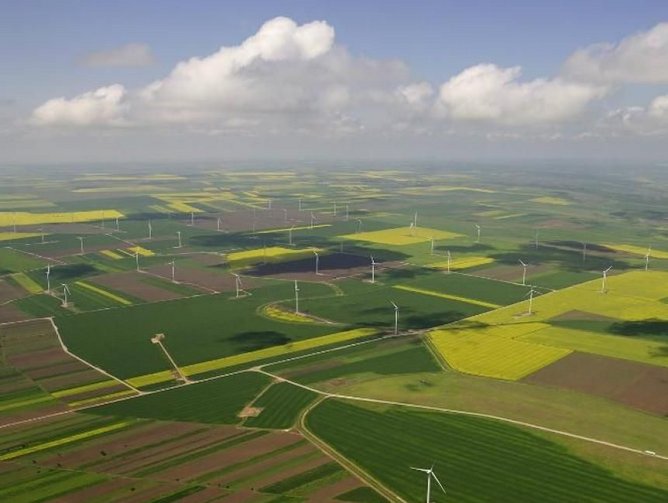 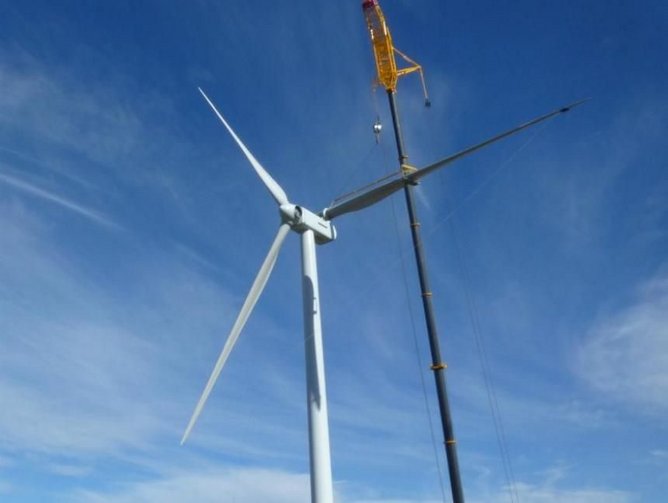 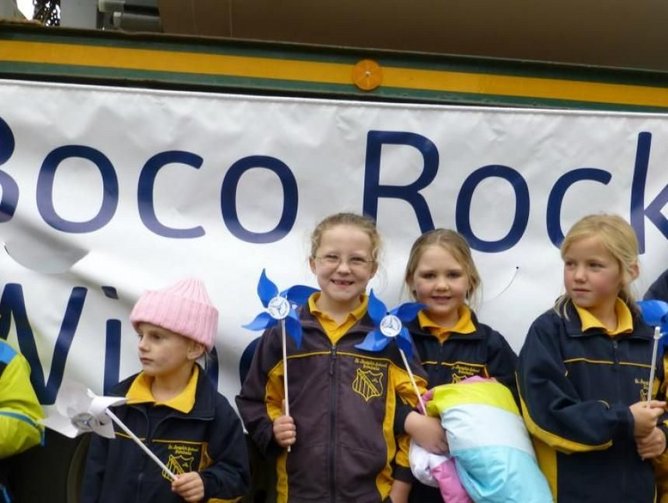 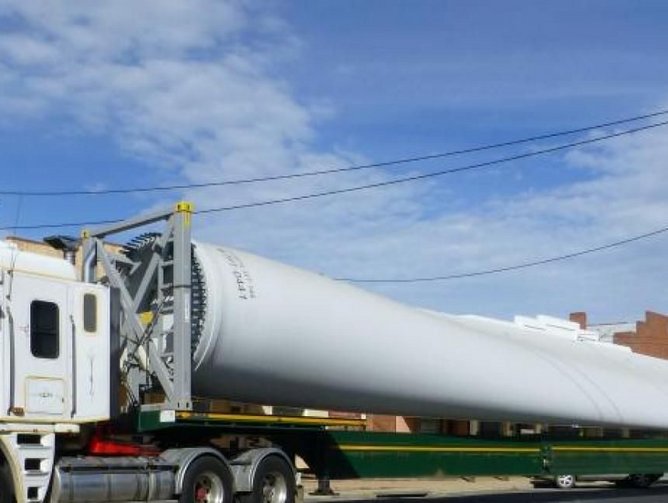 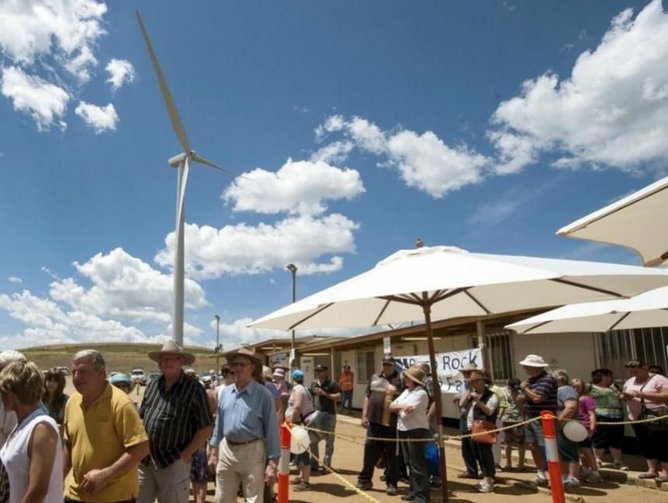 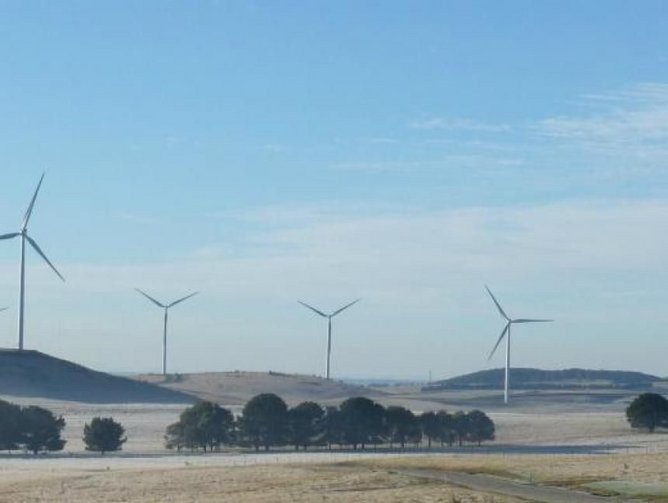