Jetcrete has risen up the ranks over the years to become Australia’s largest shotcrete contractor in Australia, but not much has changed within the company.

Despite growing to over 300 employees during its 35 years of existence, Jetcrete is still run like a small, family-owned business that sticks to its core values of honesty, safety and completing tasks in a safe and cost-effective manner.

The company’s system of promoting from within ensures the management team at the top were once the workers It’s one of the main reasons Jetcrete has maintained its core values and continuity within its workforce throughout its almost four-decade history.

“Everyone all senior people in the organisation have come from the ground level up,” said Jetcrete operations manager Scott Johnston. “The managers have a good understanding of what it’s like to be at the forefront, doing the most difficult of tasks. We’ve all had our hands in it, getting dirty at some stage.”

Jetcrete rewards its employees through promotion, and several staff members have been with the company for over 10 years. The majority of Jetcrete’s senior employees started off as entry level workers before working their way up to supervising  and managing one of Jetcrete’s many sites or one of its global offices, and Johnston acknowledged that job satisfaction is a big factor in retaining personnel.

“The key to any successful company is you really want to maintain your key personnel,” said Johnston, who is in his fourteenth year at Jetcrete. “We try our best to do that and it’s working for us.”

A company that provides the unique service of shotcrete in several major mining operations, Jetcrete employs the latest techniques and specially adapted placement materials to maintain best industry practice, to ensure a totally safe environment, and to minimise disruption to the ongoing mining operations.

Shotcrete, a special type of concrete, is sprayed through a hose at high velocity onto a surface as a construction technique.

Working hand-in-hand with its major fibre supplier Sika has seen Jetcrete be able to offer lower cost alternates to it clients for the production of Fibrecrete. Jetcrete supplies shotcrete services to mines and several different companies in Australia. Since being introduced and widely accepted in the mining industry, shotcrete allows for quicker advancement and ground preparation to complete projects.

But as a leader in continuous improvement, Jetcrete constantly tests new products to increase efficiency. Some of Jetcrete’s innovations include the tele-remote  application of shaft lining it incorporated in early 2000 as well as the introduction of hydro-scaling to the Australian Mining industry

Other forms of new technology Jetcrete plans to introduce include a new mapping system with a scanner that will take thousands of points, download the data to an on-board computer and map the thickness for clients. The company has already done a few preliminary trials with this mapping system, and looks to launch it within the next couple weeks.

In addition, Jetcrete introduced two 3D simulators last year that it sends from site to site for training purposes. Employees must do a number of training modules to maintain their status and make sure they’re up to date on the latest improvements to this advanced technology.

This training also helps with new employees, allowing them to gain confidence using the machinery the company uses underground without having to put them in a real time situation.

“We try to be a leader and not a follower,” said Johnston. “Some things work and some don’t, but if you don’t try it and you’re not looking to improve on the past, you won’t grow as a company and you’ll fall behind. If you’re just happy with what you’ve got, someone else will come in and go past you.

“These are things we brought to the industry so we could do the work on a safer and more efficient basis. Wherever we can remove direct human interaction and error from a task and have it performed by someone on a machine or on controls working remotely, we’re all for it.”

Jetcrete uses several different types of equipment in its projects, working with Normet as its top supplier for underground mining equipment, as well as a number of units from MacLean Engineering.

While the company has worked on several different projects throughout Australia, Johnston believes each has a high degree of importance in an industry that has been slowed from both a contractor and principal mining point of view.

It also makes Jetcete’s new innovations such as the mapping system that much more vital for efficient production.

“Everyone wants to tighten their belt buckles, so to speak, to try to save a dollar,” said Johnston. “If we can review our efficiency and turn it into dollars, we can pass those dollars on to our clients. Obviously, it gives us a competitive edge over other standard forms of ground support, as well as our major competitors as service providers.”

As the company keeps safety and quality at its forefront, Jetcrete has a number of procedures, inspections and audits in place. Jetcrete completes independent safety audits twice a year and looks to remedy any shortfalls identified to ensure that the company is up to date with the latest industry and Australian standards.

“Our whole Safety Management System is reviewed on an ongoing basis to make sure there aren’t any shortfalls,” said Johnston. “This has enabled us to attain Australian and ISO quality standards.”

With a home office in Perth as well as other offices throughout Australia, and its joint ventures for international expansion in North America, Jetcrete is among the industry’s leaders in diversification.

Johnston said when he began Jetcrete North America in 2009, it was one of the worst times to start a business. Despite this, Jetcrete was able to survive its expansion in the United States and Canada and add more business to its portfolio.

“The mining industry goes in cycles,” Johnston said. “Obviously, it all comes down to supply and demand.”

Jetcrete is tied into several long-term contracts in Australia, and there are some major civil works and oil and gas projects looming that the company is considering for the future.

“Business in Australia is about maintaining what you’ve got, and making the most of your opportunities when they come along,” said Johnston. 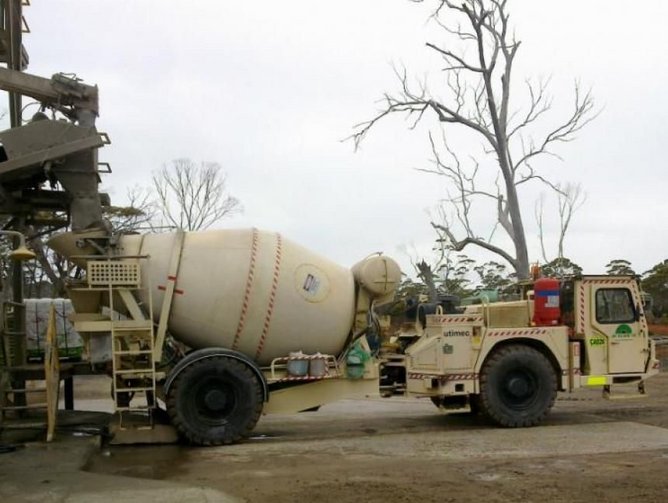 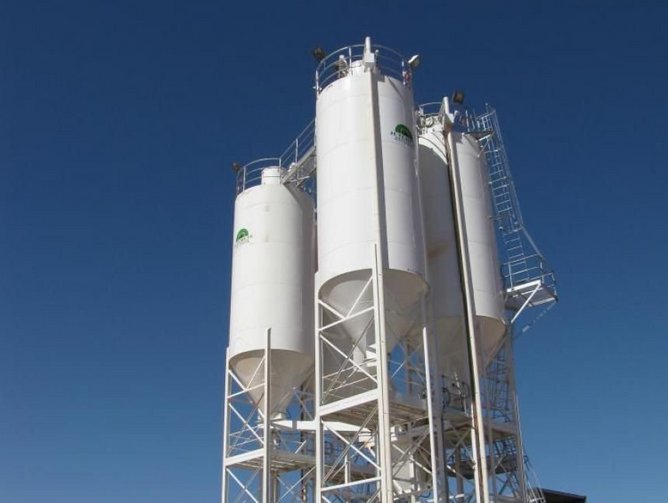 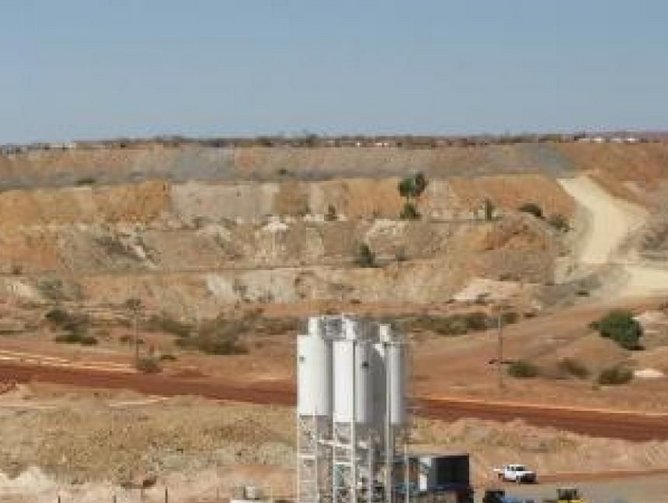 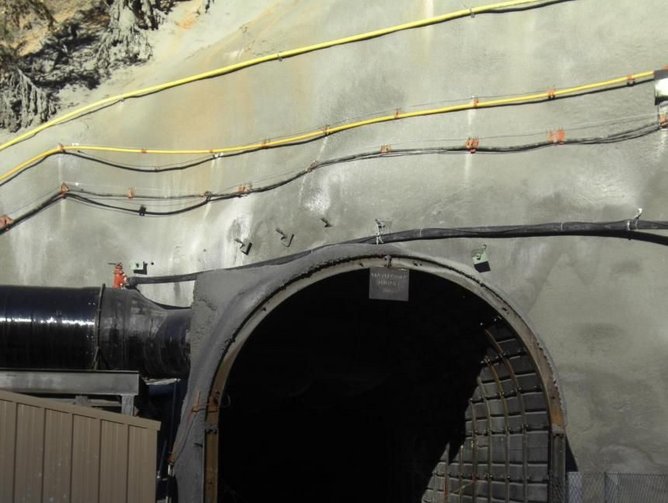 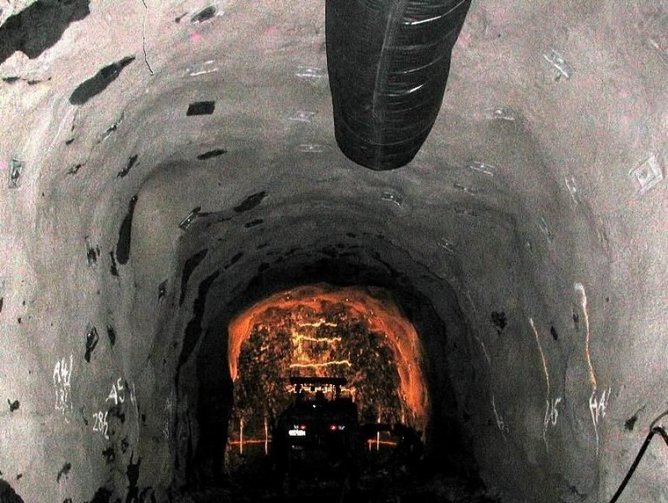 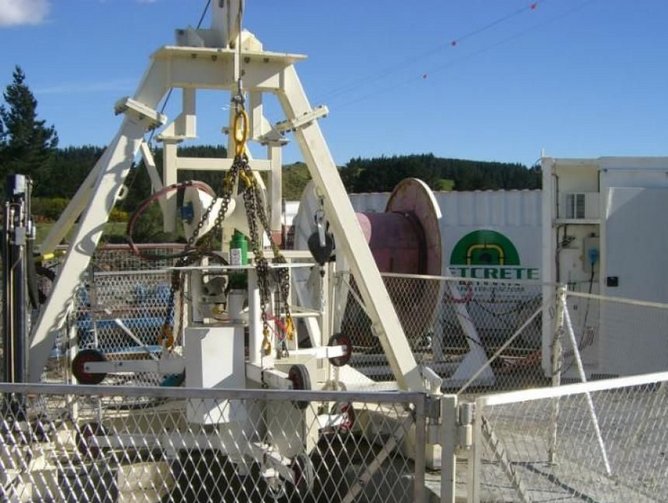