There’s more to Schindler Lifts Australia than lifts. The installation and service company, an operation of the Swiss-based Schindler Group, truly prides itself on ensuring safety for the users of its products as well as engaging its employees, which Managing Director Rob Seakins shares is the main reason for the company’s amazing growth over the last decade. “We had to invest in people and make sure our growth was sustainable,” he said. “We now have a strong team that will see us through the next decade.”

Although people are the focus, what they do with lifts is pretty impressive. The company designs, manufactures, installs, services and modernises a broad range of elevators, escalators and moving walks for almost every building type. Schindler Group’s offerings move the majority of the world’s population—one billion people—every day in industries such as health, hotels, institutional, malls and retail, mixed use, office, residential and transport.

The Australian operations has over 900 employees and provides a number of different types of equipment and services to its customers: new installation of high rise and low to medium multi-storey buildings;  modernisation of lifts and escalators, which includes upgrading and replacing various components to improve performance, reliability and safety; and service and repairs, which involves regular preventative maintenance, attendance to breakdowns and scheduled and unplanned repairs, such as water damage.

A Decade of Major Growth

In 2003, Schindler Lifts Australia was “a distant number three” in terms of size in the Australian lift industry, said Seakins. The last decade has seen the company grow more than 200 percent, now equal with the number one competitor in the market. This has made the Asia-Pacific portion of Schindler Group the biggest segment of growth for the company.

One of the key drivers of growth has been the success in new installation markets, which has strongly positioned the company to potentially take over the top spot in the coming decade. In recent years, the company has been in the number one position for market share of new equipment sales and installation.

Schindler’s people is a big driver of this growth, and the company works hard to make sure its employees are motivated and engaged at work.

“Employee engagement is a critical piece of the puzzle for Schindler,” Seakins commented. “We spend a lot of time and effort working with our employees to understand their needs and concerns and make sure we satisfy them. We’ve spent a lot of time on company communication, making sure that people are informed about what’s happening in the business and we ensure that our rates of remuneration meet or are above market levels. “I think we treat our employees well in this company, and it allows us to retain people.”

Installation of the Year Award from Elevator World Magazine

Schindler Lifts is the recent recipient of an honour bestowed by Elevator World Magazine, a publisher for the international building transportation industry. The company won the 2015 Project of the Year award for Category 1: Elevators, New Construction for Macquarie Bank Headquarters in at 50 Martin Place, Sydney.

The heritage listed-building was originally constructed in the 1920s; it was a premium building in Sydney’s banking district during its heyday. Macquarie Bank purchased the building in 2012 with the intention of turning it into its global headquarters. Many of the aspects of the building, including the exterior, the marble lobby and the large interior columns needed to be restored—and that’s where Schindler Lifts came in.

Schindler collaborated with Johnson Pilton Walker, a Sydney-based architect firm, to design circular glass lifts that would carry clients from reception on the ground floor to levels 10 or 11. These floors were designed to cater to the bank’s executives, as well as client meetings and entertainment. The solution would have to be unique, and there were many challenges to overcome to achieve the A-grade service.

The glass machine room is incorporated into a glass dome roof, and the panoramic lifts are in the middle of the building. Schindler was able to apply its ingenuity and innovation to achieve Johnson Pilton Walker and Macquarie Bank’s design, including unique finishes that complement the space.

“We were able to bring the architect’s vision to life, not only in a way that satisfied the customer, but also for the people who were involved in the development,” said Seakins.

Although lift operation seems fairly straightforward—a lift must go up, and down, at a convenient speed—Schindler Lifts is in front of the pack when it comes to innovating a one hundred and fifty year old industry. The company’s PORT technology, now in its third generation, is just one example of how technology is changing the lift manufacturing market.

In what Seakins described as the “next evolution of our original destination control system,” PORT technology helps buildings optimise the traffic flow through throughout while offering personalised service and access control. Benefits are wide-ranging, and include predictive call entry, touch-less operation and individual profiles for security and flexibility.

The technology is offered with Schindler’s 2000, 5500 and 7000 series, primarily for mid- to high-rise buildings. PORT also offers a revolutionary method of modernising existing lifts with an overlay that essentially interfaces the old with the new to deliver a destination dispatch system at the start of the project providing better lift service during the modernisation and minimising inconvenience to tenants and owners. This can be achieved on Schindler lifts as well as many other brands.

The end of last year also saw the company announce myPORT, a solution that has promised to make urban mobility even more efficient and secure. The myPORT employs Bluetooth to allow its user to navigate a building’s lift system just by unlocking their mobile with their PIN code or Touch ID. This eliminates security badges and codes in lifts, and helps increase the security of a building.

Schindler isn’t just bringing innovation to its industry. The company is a sponsor of Solar Impulse, the plan that is attempting to fly around the world on solar power alone. The Schindler team has sent engineers to work with the Solar Impulse team to help with research and development. Seakins commented that he hopes that his team can bring back ideas learned from the experience to improve Schindler Lifts’ own product offerings.

What Lifts Schindler above the Rest

Upcoming projects include the installation of the highest elevators in France, and the completion of an order for 106 lifts for the Barangaroo South Project in Sydney, to be delivered next year. For each project Schindler works on, safety is a main priority.

“We work in a deregulated environment,” said Seakins, “so it is the responsibility of the local industry to manage safety requirements.” Schindler Lifts takes a lot of pride in product safety, and makes sure it complies with local laws and regulations regarding lift maintenance and safety.

“Safety, Quality, and Customer Excellence are the three pillars of our business,” Seakins shared. “By differentiating ourselves from the rest of the industry in these areas, we are looking to preserve our position as a leader in the industry. We will also continue investing in our industry leading apprenticeship program and ensure that we are engaging our employees.

Schindler Lifts does an impeccable job at putting its people—employees, customers and lift users—first in all of its business decisions. 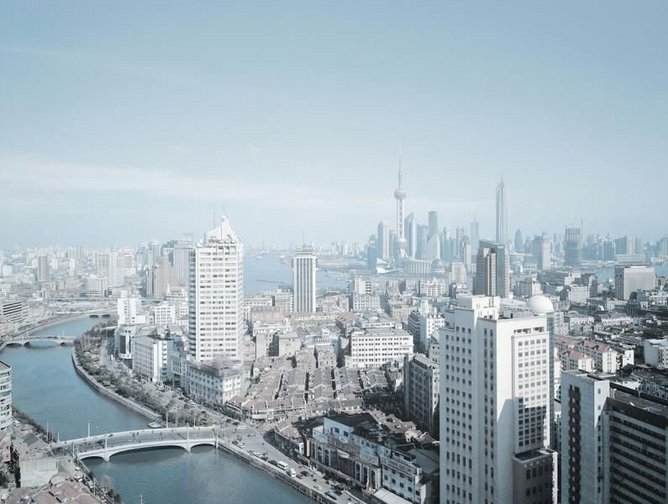 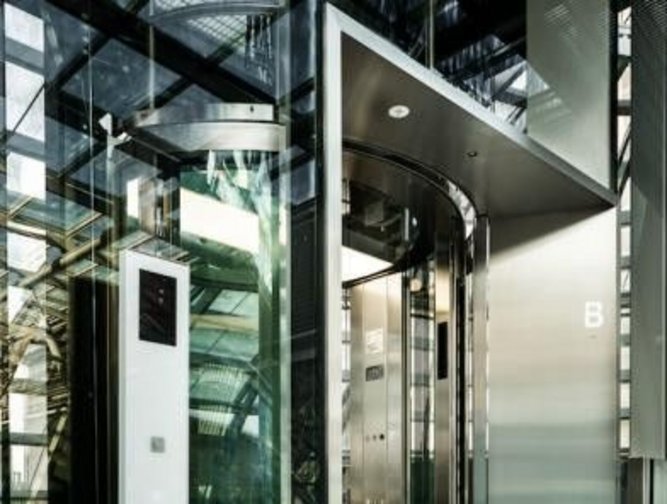 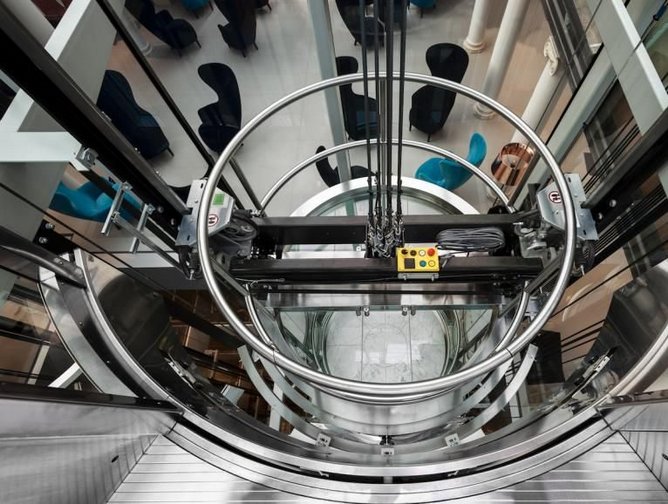 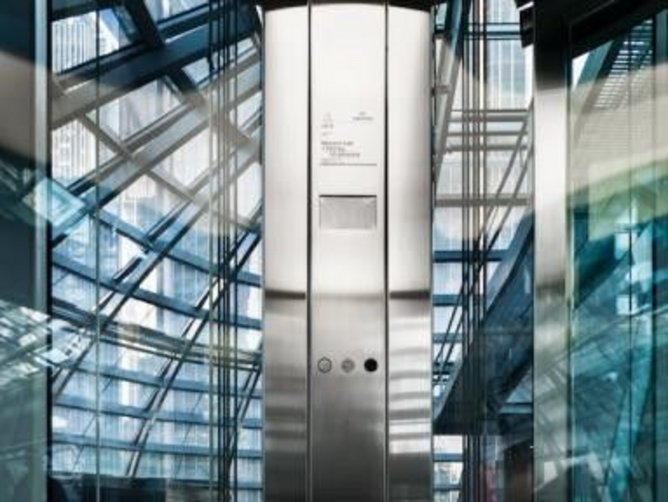 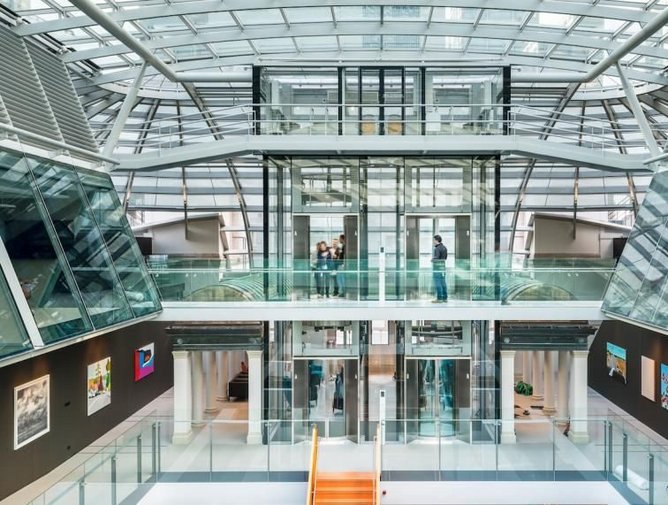 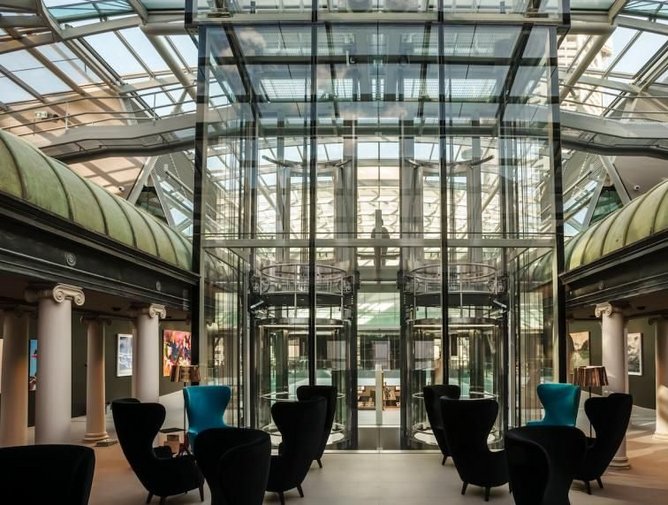