Sify Technologies (Sify) was founded in 1995, as India’s first private internet services provider (ISP). Driving the nation’s consumer internet revolution was the main focus during the late 1990s and through the company’s fledgling years as a consumer services focused business offering hubs across the country to handle cyber traffic.

At the turn of the millennium, Sify launched the country’s first commercial data centre (DC) and first MPLS network, beginning a transition towards enterprise services as India’s first commercial internet provider. The country’s emerging network requirements saw the business enter its third phase (from 2006-12), undergoing a full transformation into an enterprise services company. During this period, Sify moved out of the consumer broadband services space, focusing instead on internet-as-a-service for businesses and the launch of its cloud services offering.

“It has been a fruitful journey across 25 years of transformation,” confirms CEO Kamal Nath, who joined Sify in 2012. Overseeing the transformation of the company from a standalone network and data centre hosting service provider to a fully-fledged digital ICT solutions and services company, Nath’s stewardship heralded a fourth transition in 2017. The addition of further portfolios to Sify’s data centre and cloud offering set the framework for the company’s “[email protected]” approach, which began in 2018.

Looking back at Sify’s genesis and how the company became a major force in the Indian market, Nath recalls a time when most of the data centre players were telco service providers operating data centres at their point of presence (POP). “It was a natural extension of our telco business,” he says. “However, we didn’t follow the traditional path as we thought it was important to develop data centre hubs in major cities like Mumbai, where we set up our first commercial data centre in 2000. This was the key to our expansion across India. Today, we have nine DCs across the country: four in Mumbai, and five spread across Bengaluru, Chennai, Delhi, Hyderabad and Kolkata. And we're planning more in the near future.”

Sify now offers a host of managed, migration, assessment and security services for DCs. “We’ve interconnected 48 DCs across the country, not only our own but third party DCs,” adds Nath. “We’re creating more value by offering extended service portfolios on top of our DCs as a platform.” The constant quest to diversify its suite of services is part of the Sify philosophy. “Over time,” he adds, “the data centre has become the epicentre of Cloud and Digital transformation.”

When Nath joined in 2012 the network to non-network revenue was approx. 80:20, today it’s 50:50. “We’ve grown the DC and DC-centric IT services business beyond simply being an IT services provider,” he notes. “Both areas of the business have grown, with our DC offering triggering a range of services including, hybrid IT and multi-cloud.”

Driving that demand across India is the rise in eCommerce and digital payment solutions. Banking services such as eWallets and payment gateways are increasing transactions, triggering the need to expand existing IT networks. Similarly, the growing use of social media and online platforms demands that the needs of high compute networks be met to support the likes of content providers and gaming portals. Elsewhere, the rise of eLearning and the country’s growing insurance sector is increasing its investment in IT, while regulatory compliance across industries is ramping demand for the digital backup and archiving of information sensitive services. Collectively, this drive towards digital is aligned with government initiatives such as the Smart Cities programme and Digital India with public sector companies, especially across the energy and manufacturing verticals, aggressively adopting digital.

India’s digital economy is expected to reach $1trn by 2025. An entire ecosystem of primary and associated services is benefiting from this Tsunami of change. This applies to core DCs, DC interconnection, edge DCs and network services for both enterprise and consumers. “In the near future, technologies in their infancy in India – IoT, AI and machine learning applications, Big Data, analytics and their application ecosystems – will see an upward associated consumption,” reasons Purushan.

Sify has evolved in anticipation of this rise of digital to offer a mix of services. “We build and host data centres for our customers along with the IT and network infrastructure they need,” confirms Nath. “We’re making it easier for them to manage their IT requirements with one partner. We’re replacing legacy service providers for customers who want managed services (on-site or remote) addressing all the required models with a hosted data centre plus cloud. And through our network portfolio we not only provide data services to our clients, but also transform their network landscape influenced by adoption of cloud. They don’t need to look elsewhere, we offer it in a full stack – from DC hosting to custom-build and cloud services, we can manage the whole piece. This is how we’re evolving into a converged ICT ecosystem player offering hybrid IT and DC with integrated security services to meet the needs of businesses across verticals.”

Sify’s Head of Project Design, Roopesh Kumar, explains that the company’s design philosophy is flexible and hybrid to cater to the needs of all requirements: “Both IT and non-IT facilities are catered to in a way that enterprise and retail customers can partake of the same colocation facility.” Sify’s approach to design has moved on from low density retrofits in shared IT spaces to purpose-built facilities and now a third generation of custom designed and built greenfield projects following an inside out design where the whole building is based on the server hall design to support large hyperscale colocation requirements.

Physical site selection is driven by key criteria including the availability of quality power, physical connectivity and telecom infrastructure. “The platform to innovate is centred around the design philosophy of our infrastructure,” says Roopesh. “The modular and scalable backplane design can grow with the business and also multiply capacity in a single floor to meet high demand customer requirements. The design allows us to increase the power density in a single floor by adding components without disturbing the working backplane infrastructure. The SCADA based building automation system is a new initiative we have implemented in the past year.”

Roopesh highlights that Sify’s DCs are built to accommodate scale and flex. “Each facility may have an overall capacity limited by infrastructure space for transformers, generators and chillers, but when a new facility is identified/designed, this total capacity is defined and accordingly the base building infrastructure is planned. The design allows flexibility to use this total power in multiples of standard POD configuration. We have floors supporting 800KW for very low density to 4800KW for high density customers. These flexible PODs are defined during the initial master design stage, allowing the business flexibility to design products accordingly.”

Sify is responding to a maturing Indian market demanding hyperscale DCs. “Moving forward from being a service provider, India has become the offshore destination-of-choice for DCs for multiple players,” reveals Purushan, highlighting that Amazon, Walmart, Oracle, Microsoft, Alibaba and a diverse cohort of other content providers and software companies are building their cloud infrastructure in India. “The availability of disparate business segments across different seismic zones, a proactive government approach to remove the gremlins in builds, a back-office-to-the-world environment, along with abundant land and power have proved to be great inducers for the largest hyperscale DC players globally.”

Purushan notes that, both on the government and private enterprise side, there is a concentrated effort to build data farms within networked distance of the specific business. This has helped build a secondary market of DC and infra specialist providers around the facilities. “Prospective buyers are being driven by the urgency to adopt digital forms of doing business in order to retain their customers in the face of increased threats from new age startups,” he adds. “By themselves, startups at the top of the consumption chain for DCs are the drivers for large scale automation and hence the increasing demand for hyperscale DCs. Sify has been closely following these demands and quickly ramping up the availability of infra specialism across the country.”

In creating services capable of managing hyperscale clouds, and helping customers migrate their workload from enterprise to hyperscale, Nath explains Sify is partnered with AWS, Azure and Oracle, while in negotiations with Google to broaden the support it is able to offer customers who need to boost the digital literacy of applications in sectors like banking and eCommerce and maintain 100% infrastructure availability.

“We are the only ISP who started out in the 90s in India, survived the Dotcom bust and completely reengineered the business,” says Nath proudly. “Today, with every passing quarter we are more relevant to the market than ever before. We now compete against international technology companies with a complete digital portfolio built to meet the future demands of the Indian market and beyond.” 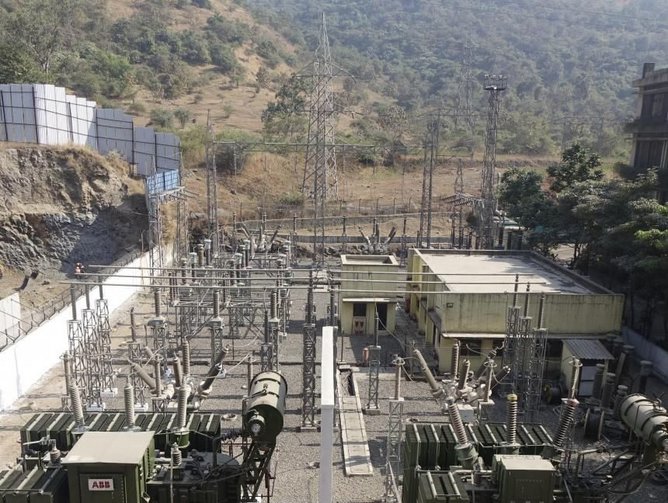 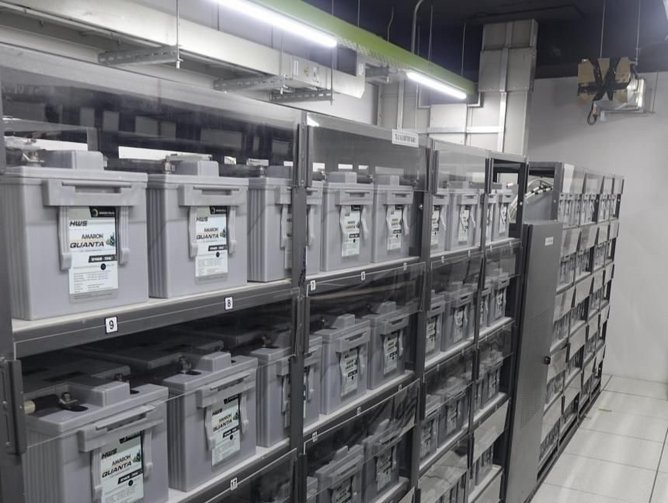 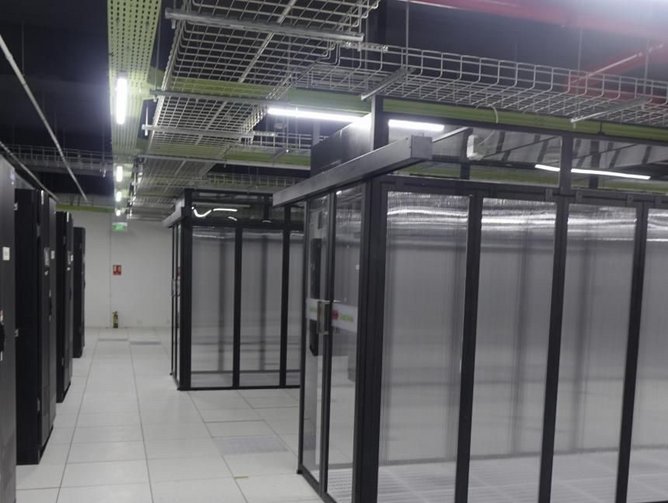 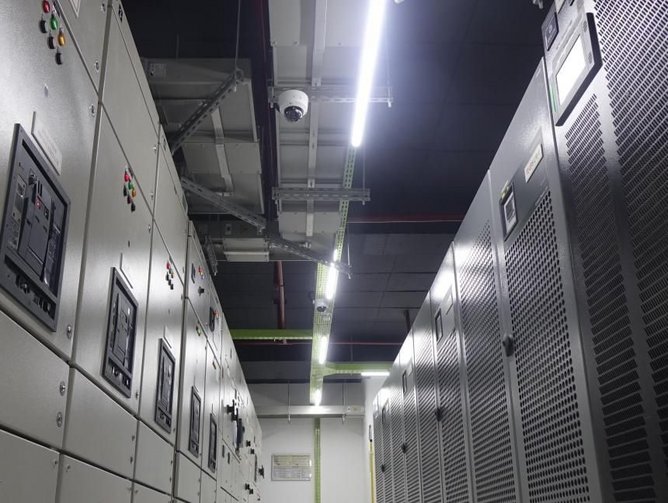