The global energy industry is witnessing a fundamental change, driven by economic growth, desire for affordable, reliable energy, global demand, the need for non-volatile energy sources and the need for a diversified energy portfolio. First Solar heavily invests in and capitalizes on advanced technology, innovation and R&D. Starting with industry benchmark solar modules and extending to an advanced Balance of System (BoS) and O&M solutions, First Solar is benefiting from an R&D investment that exceeds that of any of its competitors.

“We want our customers to believe in the quality and reliability of each of our technologies, as well as the enhanced benefit of integrating technologies throughout the power plant, to drive superior results,” said First Solar Asia Pacific regional manager Jack Curtis.

Building on the lessons learnt from developing, building and operating utility-scale solar power plants, First Solar recognizes the importance in investing in its core Cadmium Telluride (CdTe) PV module technology. The technology has historically been hampered by lower efficiencies than traditional c-Si modules but has surprised industry observers by its unprecedented efficiency improvements in 2015. First Solar claims it is now executing against the industry’s most aggressive module technology cost and efficiency roadmap.

“We are the only manufacturer of solar panels taking advantage of the semiconductor materials that we use,” said Curtis.

"First Solar's CdTe thin film is now rightly categorized as a high performance product," said Raffi Garabedian, First Solar's CTO. "At one time, we might have been characterized as a low cost, low efficiency technology, but consistent with our technology projections, we are now proving that CdTe thin film delivers both industry-leading performance and sustainable thin-film cost structures."

Garabedian noted that efficiency combined with other real-world performance attributes result in First Solar technology delivering higher energy yield and density than traditional multi-crystalline Silicon (m-Si) solar panels. Given the same installed nameplate module capacity (Watts) with equivalent ground coverage ratio, he said, First Solar's CdTe product will provide up to 8 percent more useable energy from the same land area than m-Si, which gives First Solar a competitive advantage over other PV technologies. This advantage becomes increasingly pronounced in hot and humid locations, which explains why First Solar’s modules are installed in the majority of utility-scale projects in Australia.

In addition to the continued trend of efficiency records, First Solar's modules are amongst the highest quality, most reliable modules in the world, having passed the industry's most rigorous multi-stress testing protocols such including Atlas 25+, IEC Long Term Sequential and Thresher Tests.

“The cost of a power plant is very important, but the commercial and financial viability of both the project and the company that stands behind it is equally important,” said Curtis. “Predictable lifetime energy is critical to confidently project the expected value of the sellable energy from a PV plant designed for long-term operation.”

The 102-megawatt Nyngan installation will be the largest solar project in the Southern Hemisphere and is being constructed for AGL Energy.

In addition, First Solar developed, owns, and operates a diesel-hybrid project in Queensland. Electricity from the project will be sold to Rio Tinto Alcan under a long term PPA. Combing solar power with existing diesel generation offsets the cost of the fuel optimizes the efficiency of gensets and provides a more economical solution.

“That is an application that we think exhibits a lot of potential,” said Curtis. “We think combining diesel with solar represents a very significant market, so it’s a project we’re also pretty excited about.”

Thriving in a Skeptical Market

Curtis said he has noticed a large shift in Australia’s perception of solar energy, as it has gone from just being a niche market to one that is now a common solution.

“Australia historically has been a bit behind the curve when it comes to utility solar adoption,” said Curtis. “However, I think the large power companies in Australia are seeing what’s starting to happen globally and that they view utility-scale solar as an inevitability.”

Curtis believes that the industry has nearly come to a point where government policy will no longer be the primary reason for the adoption of solar power.

“Even though the policy backdrop driven by the current government isn’t as encouraging as it once used to be, I think we’re seeing a commitment to the sector that will detach from what is happening at the policy level, driven by the increasing commercial attractiveness of solar power. I think that is very encouraging.”

“We believe there are a few things that drive the market: one is the focus on policy, and the other is the energy gap, where emerging countries require to power up quickly to meet growth and infrastructure demands. The demand creators are fuel limitations, energy security exposure or fuel price volatility. As a company, our focus is to understand where the gaps and opportunities in various markets are, and how we can help leverage our experience in those markets,” said Curtis.

“Our primary focus is always to find a more cost-effective way to deliver solar electricity out of a utility-scale power plant, and to accelerate the rate at which solar continues to be adopted into the mainstream,” he said.

Curtis also believes that the increased use of energy storage is the future. He compared the current state of energy storage to where solar was five to six years ago, as it appears to be a logical step but wasn’t available at the right cost.

With over 10 gigawatts (GW) installed across the world, First Solar believes clean affordable solar power is an important part of the worldwide energy mix.

According to Curtis, First Solar has aggressively pursued expansion opportunities over the past few years, including in Latin America, Asia and Japan, Africa, and the Middle East.

“We really want to make sure we’re localizing the right capabilities in the right markets on the back of what’s been a pretty aggressive expansion strategy for the company,” said Curtis. 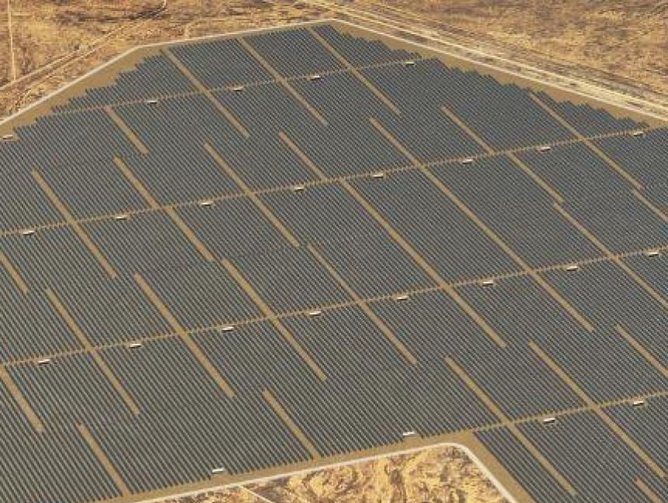 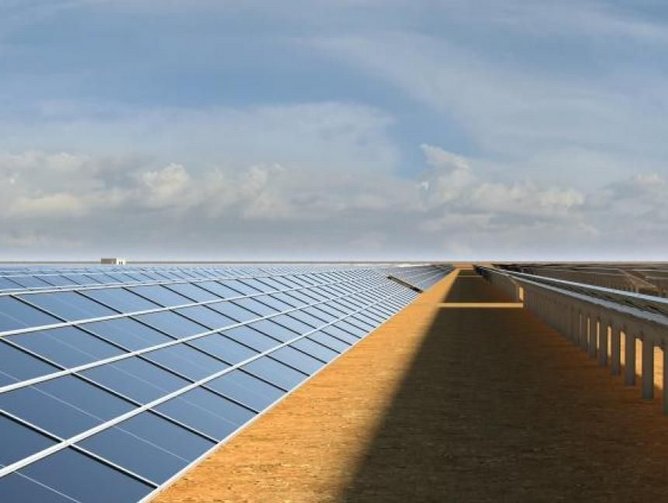 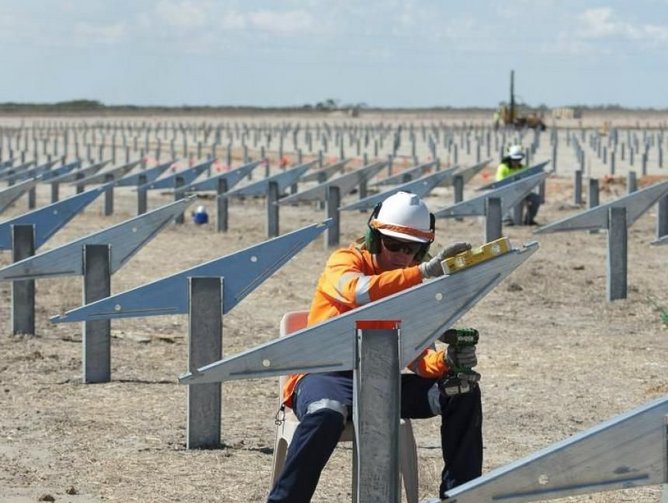 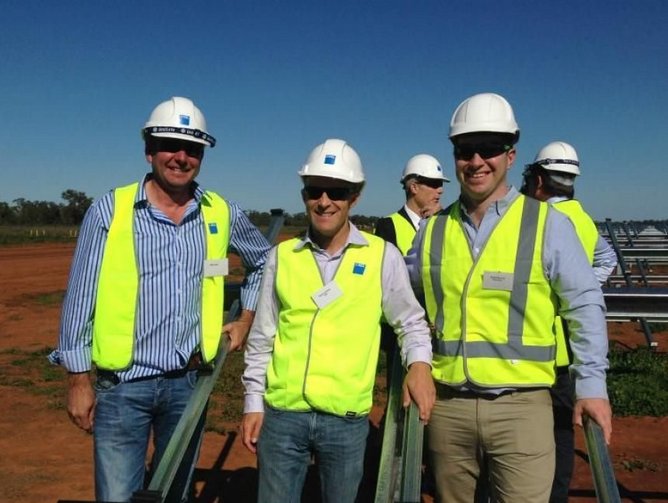 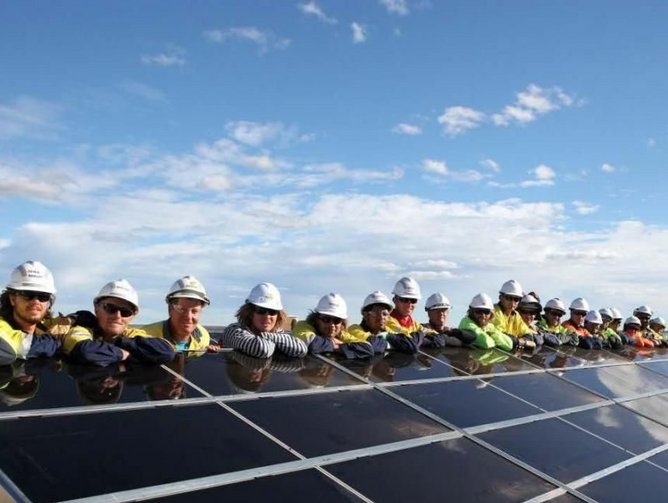 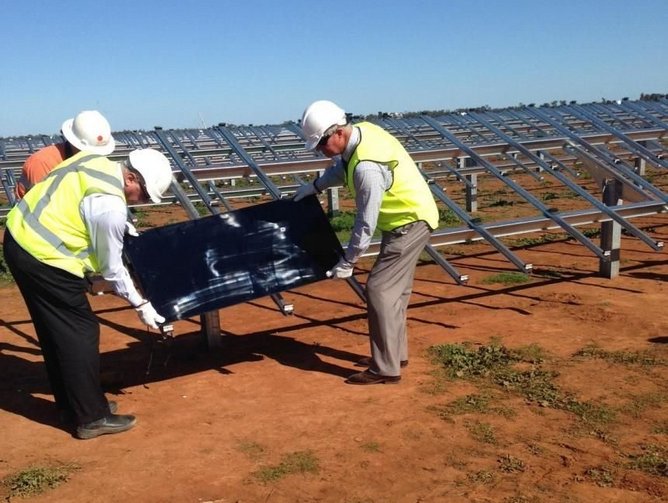