John Holland is one of the largest multi-disciplined engineering, procurement, and construction (EPC) contractors in Australia.

John Holland Water & Enviro, now rebadged to John Holland Utilities, offers end-to-end solutions to the Australian and international water sector, focused on meeting the needs and objectives of its customers and now with the ability to provide investment options such as Public Private Partnerships (PPPs). Capabilities range across the complete water cycle including bulk water management, irrigation systems dam and pipelines, to complexed treatment solutions of water and wastewater. The division also looks after power and gas.

With operations throughout Australia, New Zealand and South East Asia, the company has “established a strong reputation in the water market through deep engagement with our clients to fully understand their strategies and needs”, explains Mal Shepherd, Industry General Manager for Utilities.

“The Australian and global water and utilities market is being shaped by demand lead mega trends such as urbanisation, the food, water, energy nexus, climate change and technology. Operating models are being re-shaped by major forces, such as climate change, technological advances and societal demands for smart and more livable cities.

The reality is that tomorrow is happening now. The question is how this changing environment will impact the future model of utility companies, the effects of which will be seen on their assets, the technology that they deploy, how they are regulated and customer engagement.”

“John Holland has a rich history in the water sector. We’ve been purely focusing on delivering services and projects to the water sector for over 20 years, and with that comes a cohort of water professionals within our business group who truly understand all aspects of the water cycle,” he explains.

Part of John Holland’s success is owing to the passion and pragmatism, which underscores its approach to everything it sets out to achieve.

In this respect, it all comes back to the basics, which is the fundamental understanding that safe, clean water is the bedrock of a safe economy.

These are facts that Shepherd doesn’t treat lightly, as he believes technological advances in the provision of water security and reliable sanitation systems which are the key to a healthier and more prosperous future.

“Water has largely been recognised as an economic enabler, because without good water and sanitation in a country, it really limits their ability to grow their economy,” Shepherd says.

“Without good health in society you cannot establish industry. In our emerging water economies the health of the people within those economies is at times so desperate that their ability to generate any investment and economic activity is significantly impacted. If you consider developed economies, they have already gone through that passage of [understanding] the importance of water.”

The well-known Broad St pump in London has been used as an example of the impact that poor sanitation system and the effect on water quality can have of society. Dr John Snow in 1854 mapped the well as the cause of the Cholera outbreak. In contemporary terms albeit different context the Flint Michigan under-sourced the importance of safe and reliable water sources,” Shepherd reflects.

As a result, water is an industry Shepherd is ‘very passionate about’.

“I consider water to be a finite resource,” he says. “We can look at desalinisation as an alternate water source, but not all countries have access to the ocean.”

In Australia, the oceans are not something we lack access to. Perhaps that’s why, in terms of desalinisation, John Holland Utilities has been at the forefront of the industry in Australia, delivering two of the nation’s desal plants: one on the Gold Coast and another in Sydney.

“Our first large-scale desalinisation project was the Gold Coast desalination plant, which was delivered under an alliance agreement as a collaboration between Veolia, The Gold Coast City Council and John Holland. This project was initiated in response to the millennium drought, when water storages in Queensland were approaching critical levels,” Shepherd says.

“The innovation was around the procurement and delivery model, and the ability within that model to quickly derive an efficient design, leveraging the experience of both John Holland and our technology partner, Veolia.”

The company has also worked on a number of other large-scale water projects in recent times, including a major capital works project with Melbourne Water, and a large-scale irrigation scheme in Christchurch, New Zealand. It has also carried out important work with Sydney Water.

However globally, he is seeing a subtle shift in which water is being recognised for its true value, and for the economic benefit it brings about.

“Water is a truly valuable commodity, yet in Australia, it is one of the most undervalued resources we have when you consider the relative low cost we pay for either urban and rural water,” he says.

Creating a liveable city is one thing; creating an enterprise that is capable of existing completely off the grid is quite another. As the world’s population continues to grow, traditional agricultural practices are putting increasing pressure on our planet’s finite resources, which has led John Holland Utilities to partner on one of its most ambitious projects to date, for its client, Sundrop Farms.

Sundrop Farms is a solar thermal desalination greenhouse project that essentially decouples food production from those resources, by relying on nature’s abundance of sunlight and saltwater to grow the world’s food industry — not just profitably, but also sustainably.

“It’s a truly ‘off grid’ agricultural enterprise, in that it can run predominately if not solely off of the water grid and off the power grid. It is the first time the combination of all of those pieces of technology has been brought together in one integrated solution.”

Sundrop Farms recently produced its first crop, and it will ultimately deliver around 16,000 tonnes of tomatoes to national supermarket chain, Coles.

The farm is strategically located at Port Augusta in South Australia, due to its positive Direct Normal Irradiance, and also because its produce can be readily ferried to the eastern states and western Australia by intermodal transport..

“It’s an exciting project to be a part of and it’s certainly very satisfying to see that first crop of red tomatoes. As the world population increases, and we end up with a megatrend of urbanisation happening across some very large, intensively populated countries, how people are catered for is going to become an increasingly important question,” Shepherd says.

“Innovation and technology has no small part to play in the future of the water sector globally, and with continued urbanisation of the world, secure water is at the heart of creating economic prosperity, and liveable cities that meet societal needs.” 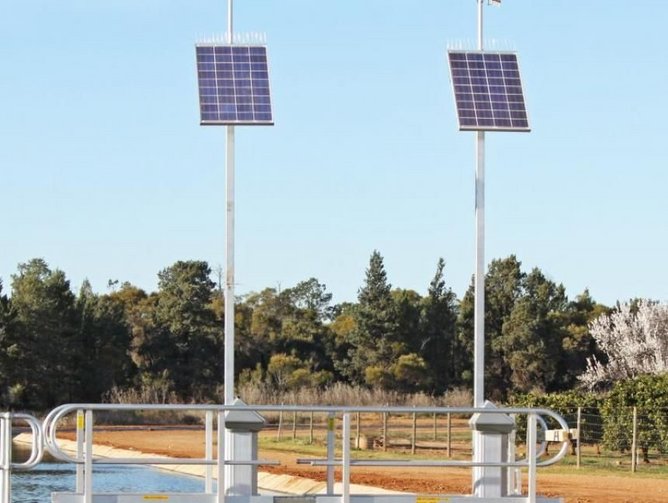 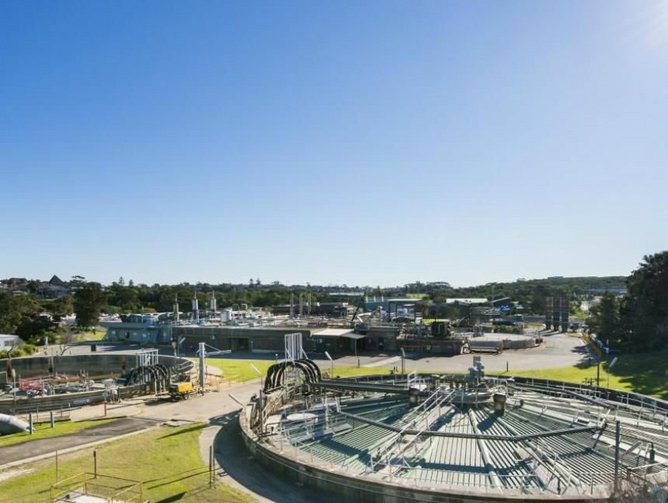 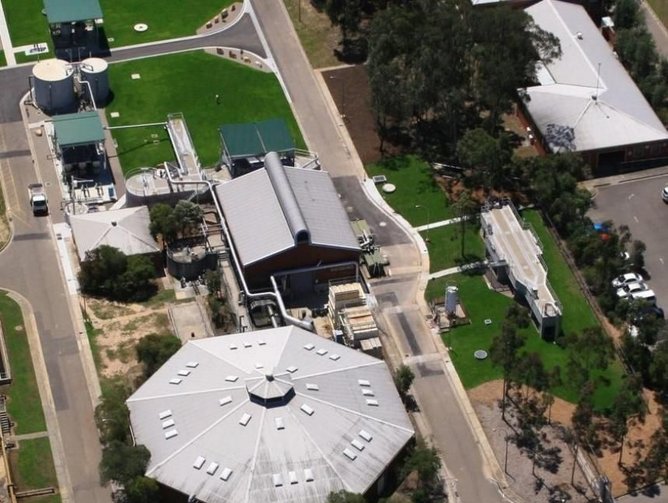 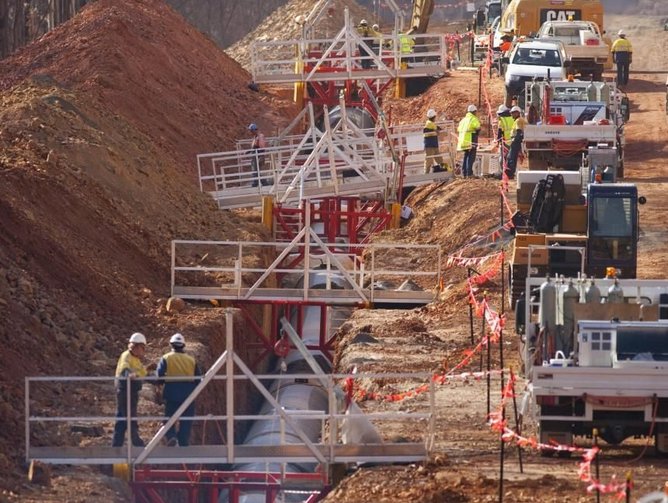