South Australia has undergone a massive transformation over the past decade with more than $8 billion invested in public buildings and transport infrastructure.

The city’s Riverbank Precinct has been a focal point of this record investment, with a range of sporting, health, arts and entertainment infrastructure emerging, underway or planned.

The award-winning $535 million Adelaide Oval redevelopment is arguably the gem in the Riverbank crown - a shining example of how modernisation can mesh with preservation of unique heritage.

And the tens of thousands of football and cricket fans heading to the oval almost weekly have brought a new sense of vibrancy to the city.

Most cross the river via the new $40 million Riverbank Bridge which connects the oval to the city’s bustling restaurant and hotel precinct, as well as the Adelaide Convention Centre, which is undergoing at $397 million rejuvenation, and SkyCity’s Adelaide Casino, which recently received development approval for a $300 million expansion, including a new boutique hotel overlooking the river.

The view from the Riverbank Bridge takes in the $2.1 billion Royal Adelaide Hospital, which is nearing completion, the recently opened $200 million South Australian Health and Medical Research Institute and the University of Adelaide’s $125 million Medical and Nursing School which is currently being constructed.
The $40 million Festival Plaza project will create a Federation Square-style open space, further developing links within the Riverbank Precinct, while Walker Corporation’s $430 million office building is also proposed for the area.

The redevelopment of this precinct owes its success in part to a focus on building the transport networks which service the area. The $30 million tramline extension from Victoria Square to the city’s west has helped generate the urban uplift, linking these precinct sites with the Adelaide Railway Station, the Entertainment Centre and the evolving University of South Australia’s City West campus.

On the back of the success of the tram extension, a network of trams throughout the city – AdeLINK – is proposed.

The State Government has just announced a $4m business case will be developed, with the aim of encouraging both the Federal Government and local councils to partner in delivering this ambitious project.

The AdeLINK tram network is part of an integrated approach to the transport networks vital to a sprawling city such as Adelaide, which is why the Government has also been focused on upgrading our three most popular transport services.

A $291 million rail electrification and extension to Seaford opened in February 2014, increasing patronage from the sprawling southern suburbs by almost 80 percent.

Recently an $85.5 million, 620-metre extension of the electrified Tonsley line, connecting to the Flinders Medical Centre and Flinders University was announced, with a tender call expected soon.

The $152 million electrification of the Gawler line to the northern suburbs is on the books to start in the 2017/18 financial year.

In the meantime work has started on the $160 million O-Bahn City Access Project, which will see a tunnel constructed under Adelaide’s nationally heritage-listed parklands, vastly improving travel times and reliability for the city’s most popular public transport network - the O-Bahn guided busway – while also greatly improving road traffic flows.

Improvement the movement of traffic across the vast city of Adelaide is the primary purpose of the State’s other major transport infrastructure project - the North South Corridor.

An $896 million upgrade between the River Torrens and Torrens Road is under construction and within months work will begin on the $620 million Darlington Upgrade and $985 million Northern Connector.

A joint State and Federal commitment to upgrade the North-South Corridor upgraded in 10 years, creating a 78-kilometre non-stop motorway linking growing urban areas in the city’s northern and southern suburbs, as well as providing crucial freight connections between key regions such as the Mid North, Barossa Valley, Fleurieu Peninsula and the Port of Adelaide, via the $270 million Port River Expressway.

This is in addition to other works in the Port Adelaide area such as the $300 million Techport shipbuilding facility at Osborne, $126 million opening road and rail bridges over the Port River and $45 million deepening of the Outer Harbor channel.
As a state transitioning from old economy industries such as car manufacturing to new industries such as advanced manufacturing, and with the associated pressure on jobs, a key focus for the Government has been to maximise the benefits of infrastructure investment for local industries and workers.

The Industry Participation Policy gives tenderers who prioritise South Australian businesses and workers a better chance of winning government contracts.
The policy does not exclude interstate or indeed international companies and consortia from bidding for local projects, but does convey an expectation that where possible goods and labour will be sourced locally.

All of South Australia’s major infrastructure projects now operate under this Industry Participation Policy, along with other requirements for successful tenderers to employ apprentices, Aboriginal workers and people from disadvantaged backgrounds. 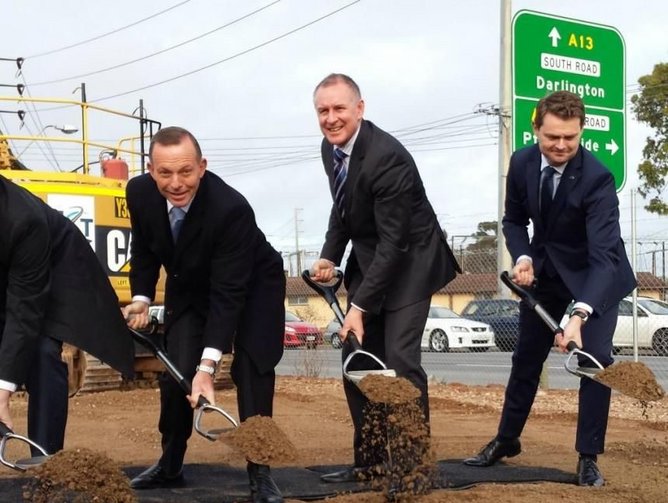 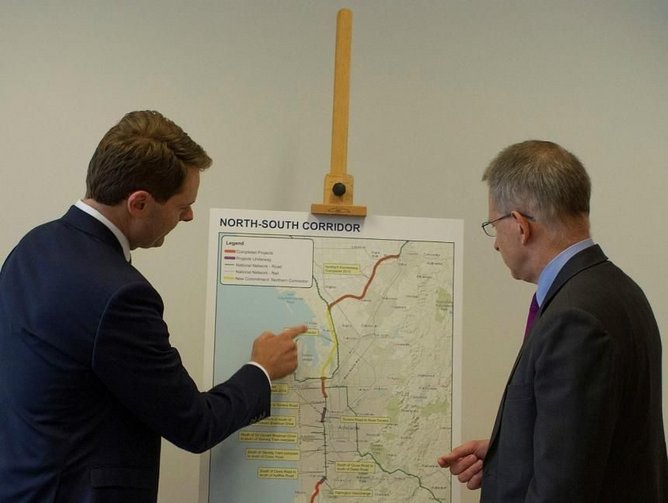