Harbouring an ambition to achieve long-term sustainability, Toby Kent, Chief Resilience Officer of Resilient Melbourne, is committed to driving change. In addition to his role at Resilient Melbourne, Kent is also Chair of the Future Business Council, a membership organisation that exists to advance the interests of future looking sustainability-oriented businesses. He stresses that in both roles, his position is fundamentally about supporting teams to make connections and helping to break down traditional barriers as well as fostering new, deeper forms of collaboration.

Resilient Melbourne was initially instigated by a grant from the Rockefeller Foundation under its 100 Resilient Cities (100RC) initiative. 100RC helps cities worldwide to meet the physical, social and economic challenges that are influencing the 21st century. Melbourne was selected from 372 applicant cities worldwide to become one of the first 32 cities to join the 100 resilient cities network.

With metropolitan Melbourne consisting of 32 local government authorities comprised of more than 10,000 sq km in the area around Port Phillip Bay, Kent and the Resilient Melbourne team led the creation of the city’s first ever resilience strategy. This involved working in partnership with over 1,000 representatives from more than 230 organisations and agencies. The strategy provides an alternative way to address chronic stresses that impact the city, such as rapid growth and congestion and to be better prepared to deal with acute shocks, such as extreme heat, fire and floods. “Resilient Melbourne has four interdependent, long-term objectives, which at their highest level see our metropolitan communities aiming to be stronger together, have shared places, a dynamic economy and a healthier environment,” explains Kent.

Resilient Melbourne has most recently released Living Melbourne: our metropolitan urban forest, which aims to improve liveability and enhance the health of the city. There are many advantages to the urban forest, according to Kent. Importantly, he says, it is a way to tackle unpleasant impacts of climate change and other stresses, presented in a way that excites people, rather than scaring them, which halts action. “Substantively, the urban forest helps to cool the city, particularly in times of extreme heat. It uses vegetation to slow water run-off, as well as reducing flooding through absorption.” Working with partners; The Nature Conservancy, Digital Globe and Trimble, Resilient Melbourne has mapped Melbourne’s vegetation. “There is a clear correlation between affluence and access to green, vegetated spaces,” Kent says. “There are important social equity aspects to this work.” Greening the city has further positives, including that seeing nature has proven mental health benefits, and when people have access to green space they are more inclined to take active exercise.

Kent’s work with the Future Business Council shifts a focus from a single city to a broader Australian context. FBC works with businesses and their partners across Australia to identify and support organisations that are forward-looking and have sustainability built into the way they do business. Through its ‘2018 Next Boom’ report, FBC highlights that key opportunities for the Australian economy include: positioning ‘brand Australia’ to be a progressive, innovative, clean and green economy; expediting the transition to a low-carbon Australia, incorporating infrastructure and the uptake of electric vehicles; as well as promoting innovation more broadly across a range of goods and services Australia does well, particularly around agriculture and finance.

With a drive to ensure Melbourne becomes ever-more resilient and that Australia seizes the opportunity of ‘the next boom’, Kent believes technology is a critical component to cities’ and businesses’ strategies. “In Melbourne, the overall plan is to make our city more resilient through innovation around systems, and continuously questioning how we do things,” he explains. “I believe technology can be an enabler of that. However, the starting point has to be people; they are at the heart of all cities, which is why it’s so critical that your solutions start at a human level.” With that in mind, Kent reflects on how he marries both his city work and his FBC lives together. “Companies of all sizes talk about the need to understand their customers, and the necessity of being customer-centric. One of the things I love about my urban work is that as part of their communities, local governments profoundly understand their customers.”

On the importance of implementing the right technology and not simply embracing new innovations for the sake of it, Kent highlights how his organisations welcome change without fear of failure. “Part of the way we innovate is to be unafraid to trial new things, and being willing to fail fast,” he says. “While we always need to do our due diligence, we’re seeing even the biggest companies becoming increasingly comfortable with generating the minimum viable product and iterating off the back of real user experiences.”
“Perhaps even more importantly is about asking the right questions and being open to not knowing the answers. At Resilient Melbourne, we worked with a firm Citymart to ask the market and citizens more broadly: ‘How can Melbourne address the twin stresses of increasing transport congestion and decreasing social connection?’” Kent and his team created a panel of innovation experts, transport and infrastructure professionals, rand city government. “By asking people how to solve the challenge rather than telling them the solution, we identified some really innovative approaches. Excitingly this allowed some start-ups that would otherwise have struggled to get past traditional procurement approaches to out-compete some major multinational corporations. It served us well.”

Collaboration is critical to addressing existing and future challenges. The world is too complex and fast-paced for single entities to deliver all the solutions. “We have a way to go, but we’re getting better at working across government, business and academia here in Australia,” he explains. Kent points to the relationship between Monash Business School and FBC and believes that collaboration has been important. “Our respective networks help us to draw out profound insights. Perhaps the greatest indicator of the depth of the relationship is that FBC recently appointed last year’s Monash-FBC MBA scholar, Suzanne Paynter, as its new CEO.”

Similarly, Resilient Melbourne works with many universities, but its relationship with the University of Melbourne’s, City of Melbourne Chair in Resilient Cities, a co-funded position, has delivered particular value to Melbourne’s work on resilience. Beyond that, Kent highlights impressive work between RMIT, Swinburne Centre for Social Impact and Telstra. “Over the last four years, these partners have produced the Australian Digital Inclusion Index and it’s encouraging because they’re enabling a profound level of understanding of societal vulnerability and needs in a very fast-moving space. We’re becoming more digitally inclusive, and it’s fundamental that we do, because the gap between those most included and benefiting from digital technologies and those who aren’t is growing significantly, in addition to the consequences as an increasing number of services go online.”

Considering the future, Kent highlights the importance of focus and growth for both Resilient Melbourne and FBC over the next few years. “Resilient Melbourne must continue demonstrating its value at a state, council and grassroots level in order to show that we’re helping to reduce the chronic stresses that could potentially pick away at the fabric of society and may become the shocks of the future,” affirms Kent. “We must be able to show how we’ve played a role in decreasing the impact of those shocks and helping people to not just bounce back from the horrors of what they might have experienced, but to move forward.”

“In terms of the FBC, it's essential that we show our members that they have a stronger voice together. With so many of our members currently occupying niche positions in our economy, we must ensure they become mainstays — the backbones. Business models like those of FBC members the Australian Energy Foundation, Australian Ethical and early supporters, such as Bank Australia with its clean money campaign, have to quickly move to underpinning our economy. It’s not too much of a stretch to say that our future depends on it.” 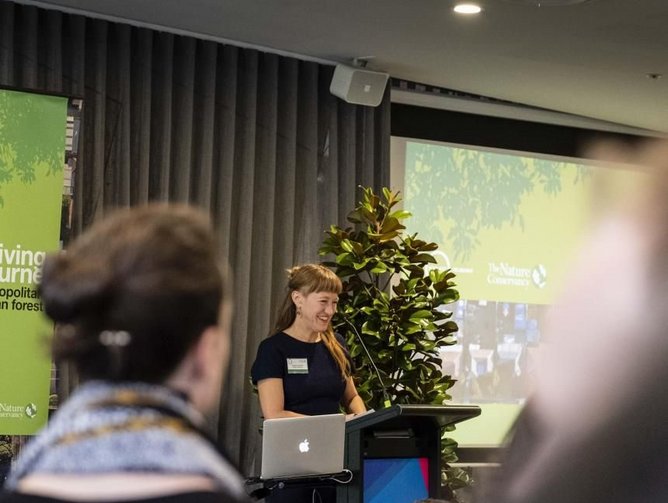 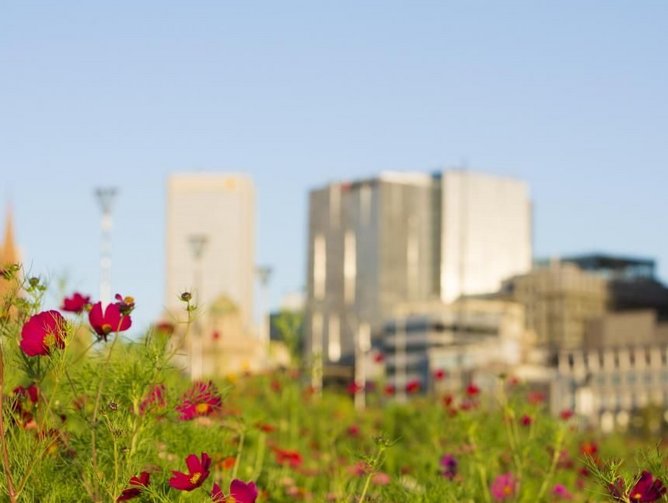 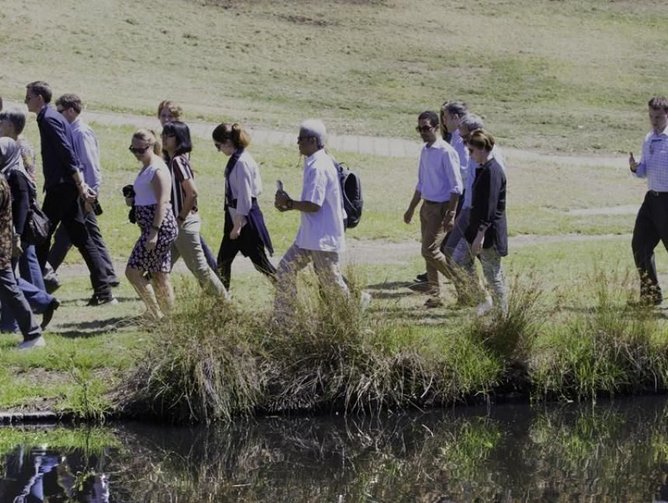 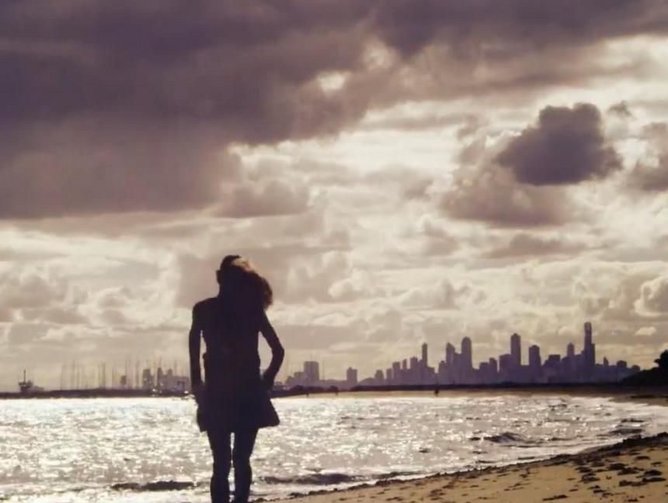 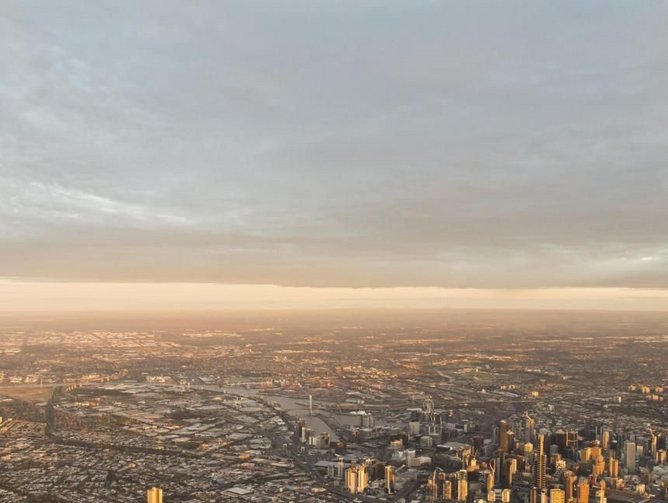