The Queensland company is comprised of two sides: one that builds and maintains the electricity distribution network, and one that sells electricity to residential and business customers.

Ergon Retail is the customer facing part of the company, assisting customers in everything from opening new accounts, arranging location moves and managing electricity use to locating convenient ways to pay accounts, support systems and government rebates.

The distribution side of the business, Ergon Energy, provides energy services to residents and businesses while maintaining an electrical network that stretches roughly 160,000 kilometers of power lines across Queensland. Within the network operates 33 stand-alone power stations that provide energy to isolated communities within the region.

Additional services include accommodating connections for new technologies such as solar, as well as a small manufacturing group to handle the construction of module substations.

Unlike your typical energy provider, Ergon Energy is driven by innovation.

“Innovation is huge for us. It’s an important part of our business and we’re always looking at new ways to apply new innovation throughout the company,” said Peter Billing, executive general manager of customer service at Ergon Energy.

According to Billing, the company continuously seeks out new ways of improving service – whether through infrastructure or alternative energy sources – to better position themselves for the future.

“We recognized back in 2007 that the price for energy would become an issue and that we would need to adapt,” Billing revealed. “It got us thinking differently and we realized if we keep doing things the way we’ve always done them, the world will change and we’ll become obsolete.

“We may not be Apple or Google but we’re striving for innovation.”

To ensure creativity is alive and well within the organization, Ergon Energy strives to cultivate an atmosphere that empowers people to speak up and bring their ideas to the table.

“We encourage everyone in our organization from the top to the bottom to read and learn new things happening in the world. We encourage them to think of new ways of doing things and ways to apply those innovative ideas to our type of business,” said Billing.

“When everyone is bringing something to the table, one idea might spur another. We encourage that.”

For Ergon Energy, company-wide collaboration is a key component behind one strategic focus: exploring new possibilities for collecting, consuming and conserving energy.

One example of this is the utilization of batteries.

“We’re seeing that batteries are part of our future,” said Billing when explaining the company’s ongoing partnership with Mitsubishi.

In 2012, the company purchased six Mitsubishi electric vehicles (EVs) and ran trials in Townsville over an 18-month period to understand customer acceptance of EVs and the eco system that supports them.

“We were able to examine how these vehicles were used, including how and when they charge, in order to better understand their impact on our network,” Billing said.

Ergon Energy recently secured another deal with Mitsubishi to integrate eight Mitsubishi Outlander plug-in hybrid electric vehicles (PHEVs) into their fleet, as well as finalizing a lease offer to employees that could see up to an additional 100 EVs provided for use later in the year.

“From an electricity perspective, the use of EVs is a natural synergy,” Billing said. “It’s the beginning of a new role of technology in the energy sector: Why wouldn’t we be on the ground floor running?”

While the partnership with Mitsubishi is a great starting point, it’s only the tip of the iceberg for Ergon Energy.

In July, Ergon Energy announced it was working with the government to create an EV highway with Australia’s first solar-powered fast-charging station.

“This is an opportunity to create a need in the market,” said Billing. “If you wait for everyone to get electric vehicles, it won’t work—it will be too late. We needed to be similar in our thinking of leading by example and getting the ball rolling.”

Billing also revealed the company is about to purchase three Battery Packs for their hydraulic elevated work platform field trucks. “For us, the payback is reducing our diesel consumption while also eliminating the noise these machines make.”

Not stopping there, Ergon Energy is also seeking to utilize alternative energy solutions in other areas of its businesses.

“We’re actually putting batteries on the end of remote and rural sections of the electricity network and using them as support in times of high load,” said Billing. “The benefits are immense because they don’t need to be augmented and they store energy in the off-peak times and then feed back into the network during high-peak times.”

According to Billing, the company is in the process of working with some developers to implement batteries in subdivisions as well. “The outcome could potentially build a type of distributed generation network in a housing subdivision, which would provide an array of benefits to customers.”

In August, Ergon Energy forged an alliance with Californian electricity storage developer Sunverge Energy to launch a limited commercial rollout of its power systems in Queensland homes. The partnership involves installing SunPower solar panels and Sunverge energy storage systems in 33 homes in Toowoomba, Townsville and Cannonvale in a program that will receive $400,000 of funding by the Australian Renewable Energy Agency.

The power system is comprised of back-up power, a six-kilowatt inverter with 11.6 kilowatt-hours of energy and communications, and control capability that allows the company to collectively manage the system to increase the efficiency of power supply on its grid.

“This partnership will help us better understand the technology and where we stand in terms of our network. It’s helping us model what our future network could look like,” Billing explained.

A major initiative Ergon Energy has undertaken is in the form of disaster relief. The company is currently running a series of scenarios to better understand the network in the event of natural disasters, as well as learning how it could improve.

“Right now we’re doing two things, the first of which is running a series of exercises to test the readiness of our network and whether we need to reconfigure it or change critical aspects to make it more resilient in the future,” said Billing.

“The second thing is technology. We’re looking to interact with a number of technologies such as crowdsourcing and social media to find out if these are applicable for us.”

The company is also holding workshops to better understand response perspectives from people and companies with actual experience dealing with these disasters.

“Input from Rod West from Entergy in the United States has been paramount for us,” Billing. “His experience from Katrina and lessons learned were really insightful and important for us to consider with our network.”

“All of these workshops, exercises and reports are better preparing us for the future,” said Billing. “We’re thinking ahead and about where we want to be in 2020.”

With Ergon Energy at the helm, the people of Queensland are in good hands—today and in the future. 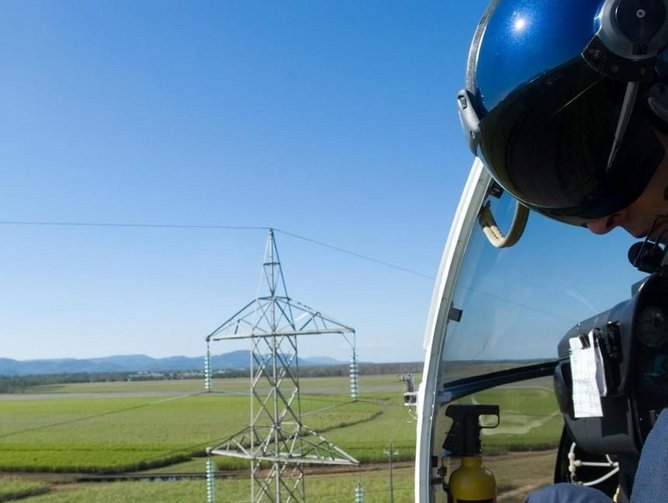 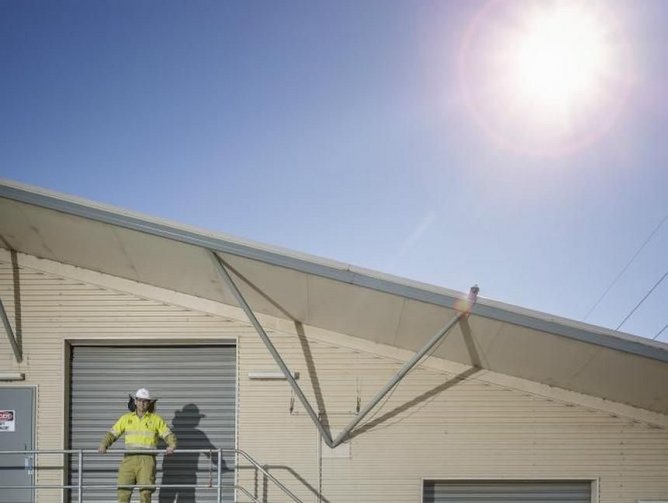 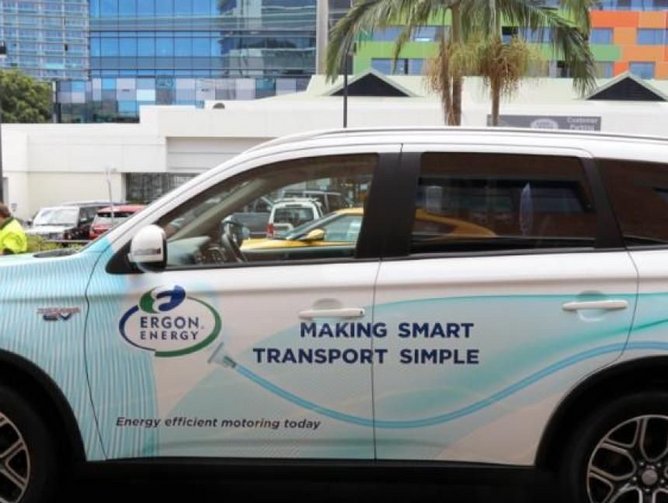 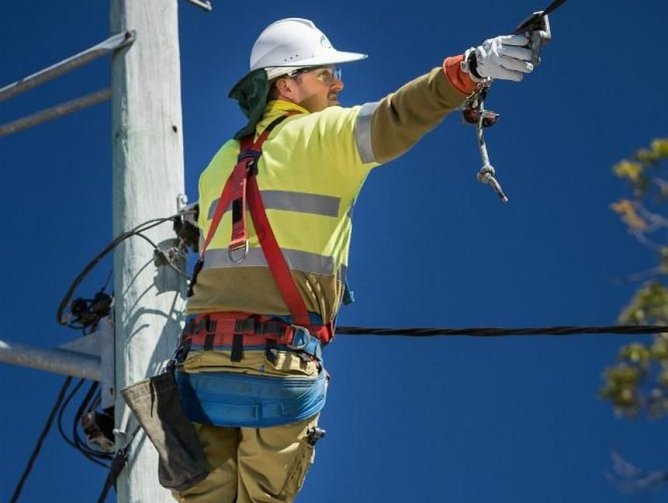 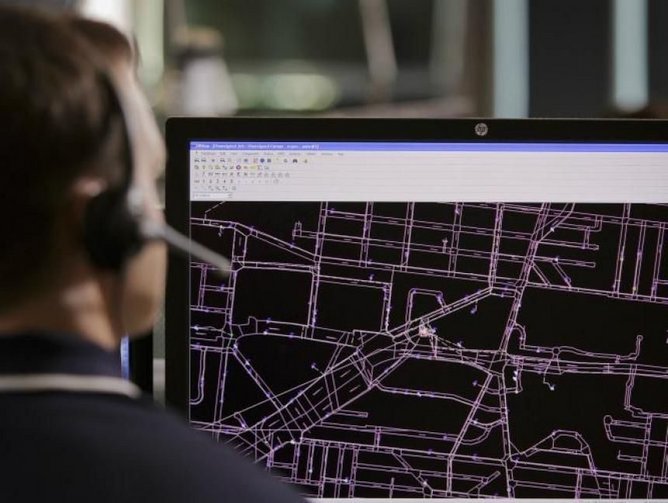 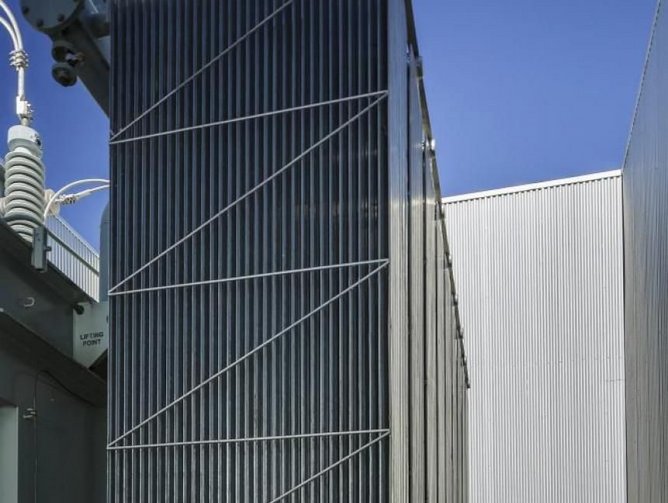 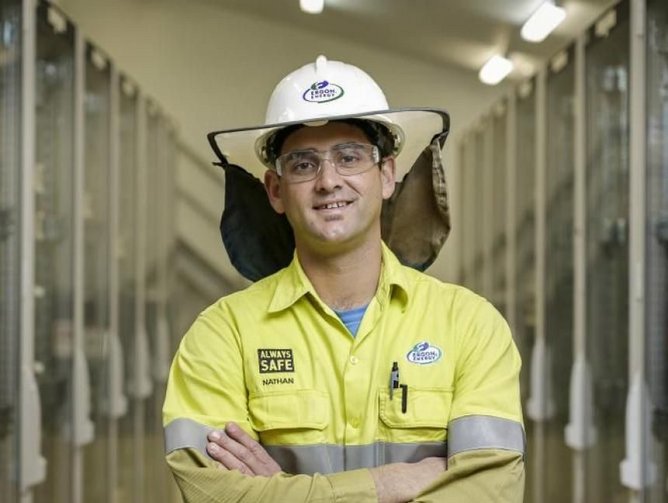