Putting energy in its place

Listed on the ASX, Spotless is one of Australia and New Zealand's largest and most diverse services groups with interests in facility management, catering and hospitality, cleaning, security, asset management, maintenance, HVAC, mechanical and electrical and utility support services. It started in 1946 with a single dry cleaning store in Melbourne and now employs more than 36,000 people. UASG delivers tailored utility and telecommunications service solutions across all sectors including government and large corporations, employing around 2,000 people. Over the last couple of years it made a decisive move into the field of contracted-out services when it put together the recently acquired entities Utility Asset Management (UAM), Skilltech (a meter reading company) and Fieldforce (a long established energy efficiency specialist) under the leadership of Stephen Ellich, a seasoned CEO with long experience in the telecommunications sector.

Ellich heads up the Infrastructure, Telecommunications and Utilities group sector within Spotless, and is CEO both of UASG and of the technical and engineering services contracting company AE Smith (AES). Acquired by Spotless in 2015, AES has built a great reputation in mechanical, electrical, energy, fire, hydraulics, plumbing and refrigeration work since it was founded in 1898. It was a considered a particularly good fit alongside UASG, he explains: “Many customers of Spotless have faced challenges with understanding and curtailing their energy spend, and also finding sustainability options around water consumption. Most of the public debate around energy conservation, including solar, wind and battery power, has been conducted at the consumer level, but there has been far less within the medium to large commercial and industrial sector.”

Spotless plays its part in that sector as a large facilities manager. Within the group, UASG has been able to identify a need and create a unique customer value proposition, he continues. “We believe we can deal effectively with 'managing down' a customer's energy consumption and in doing so provide an immediate and long term economic benefit to those customers.” Strategically, this involves moving the company's mindset away from the proposition that it would carry out project tasks for an agreed sum and then walk away. Instead consider the problem holistically, auditing the customer's energy usage, identify the root causes and then engineer an end-to-end solution. In cases where the customer prefers not to fund the capital outlay involved, the solution might involve a financial as well as an operational solution. The contractor funds deployment over a period of up to 15 years, under a model that delivers economic benefit to the customer from day one, with that benefit growing each year thenceforward.

A good example of this was Spotless's own laundry business. The 19 sites across Australia, some of them dating from the 1950s, faced increased annual energy costs of more than A$1 million as of 2017. Doing nothing was not an option, so UASG looked at replacing old and gas or electric boilers with the latest energy efficient gas micro turbines or co-generation plant as a way to generate power at a cheaper rate. Where appropriate, solar deployment is considered as well: low energy lighting, meter reconfiguration and water recycling solutions are also considered to improve efficiency. “We can upgrade the critical infrastructure on site to provide a reduction in energy and water consumption using technology that will be able to deliver the same functionality at a much lower cost,” he says. Though each case is unique, typically an investment of a couple of million dollars will be recovered by the customer within three years - thereafter those savings go direct to that customer's bottom line. If UASG funds deployment the savings will be seen from year one, while capital costs are recovered over a longer period.

Solutions like these apply to any high energy use business. Laundries are one; another good example would be leisure and aquatic centres and these days few businesses can afford to stay as they are where energy use is concerned. One large not-for-profit services provider for people with disabilities undertook a comprehensive energy upgrade across its facilities: within three months it reported that its energy usage was down by 15 percent, and that it expects to achieve annual savings of $31,000 in HVAC and lighting costs alone. It also remarked on a huge reduction in maintenance call-outs thanks to the greater reliability of the assets installed – and in this case it's worth noting that the customer was helped by AES to obtain a $134,000 grant from the Community Energy Efficiency Program (CEEP), which provides co-funding to local governing bodies and non-profit community organisations for energy efficiency projects.

The combined expertise of UASG and AES is now united under a common management team, with regional general managers in each state, with the exception of large and complex construction projects requiring skilled project management, which are looked after by a national AES general manager. The largest such contract currently on hand, worth some is $100 million, is to provide HVAC and other elements for the Queensland Government's $1.8 billion Sunshine Coast University Hospital funded by Lendlease, a new public tertiary teaching hospital. The work started early in 2015 and will be completed later this year, and the hospital is due to open in 2017.

A new model for BOOT

“Our business has deep and broad engineering expertise,” says Ellich. “When a customer wants to talk about their problem these experts look at their billing and tariffs and walk through their property as a first pass to identify the potential spectrum of engineering opportunities and the savings than might be available. If that looks positive we take it to the next stage where we do a very deep audit on their physical infrastructure, then provide them with a detailed costing and economic impact model.” This is submitted in two forms, he explains, one funded by the customer, one by UASG.

The latter is the build, own, operate, transfer (BOOT) model, which many readers will be familiar with applied to construction and civil engineering. It has not, however, been much used for critical infrastructure upgrades, and hardly ever before as a tool to drive down energy costs. Energy performance contracting is, then an innovative way to proceed. “We are finding that many customers today want to do these upgrades but don't have the technical know-how or the capital to do it,” says Stephen Ellich. “When we talk to them they are often really surprised at the savings they can make by taking a more holistic view of their critical infrastructure and the amount of energy that can be saved by making use of solar, gas micro-turbines or cogen/trigen plants and by putting in more energy efficient equipment like LED lighting. When these things are done at scale, by an organisation with the engineering expertise to make them all work together, for example in large shopping centre the savings are very significant.”

This is a very opportune time for UASG/AES, he declares with conviction. Substantial reforms to the national electricity market are underway in 2017 following recommendations to the state and federal governments by the AEMC’s Power of Choice review which allows consumers to make informed choices about the way they use electricity. Ultimately, consumers will be in the best position to decide what works for them. “Ownership of the metering infrastructure changes. We will see a power shift from the distributor-led to a more retail-led business as the retailers become more hands-on with infrastructure rather than simply differentiating themselves on tariffs.” As one of the largest metering companies in Australia, UASG can partner these organisation in this industry transformation.

Coming together under Spotless enabled the UASG entities and later AES to move their back office systems onto the parent group's SAP infrastructure, and upgrade to its cloud-based systems, changing the business from a paper-based to a fully electronic operation. This was a painless enough migration thanks to Spotless's top to bottom training – and it resulted, he says, in a better governed, more compliant and structured business.

Most of the work within the UASG group is carried out using its own resources and personnel. Ellich likes it that way, because it makes for a close engagement with the customer both at grass roots and management level, so only around 30 percent of projects are reliant on subcontractors. The exception to that is Skilltech, the company that installs 100,000 meters a year and reads them more than 70 million times, using its own staff almost exclusively. The company has installed more than 880,000 smart meters in Victoria and carries out a large network metering contracts throughout Australia.

Metering is no longer a drudge for staff and customers alike, he stresses. His innovations and emerging markets team has created unique devices for saving and tracking water consumption called SmartPipe. With the backing of Spotless, UASG is developing a metering centric application called MIMTR, which is going to be able to provide all metering services from a single device under one system. “Our view of it is that it provides, uniquely, a contractor portal for field mobility and data acquisition. It provides a customer portal for the utility to get real time access to their data via an internet browser. Plus a consumer APP so if customers get an estimated reading, they can enter their own data and can put the right information direct into the utility's system through our interface. Customers get frustrated when they receive estimated bills, but now they can enter their own data on a highly secure channel. From the utility's point of view, since the APP can authenticate the information that the consumer uploads, the ability to defraud is vastly reduced.”

The business case for working with UASG is compelling, as energy costs rise and technology provides the means to limit these, however environmental awareness goes well beyond this thanks partly to Australia's National Australian Built Environment Rating System (NABERS) which measures and compares the environmental efficiency of premises. The company has its own NABERS assessors to help clients achieve the highest standards of compliance. 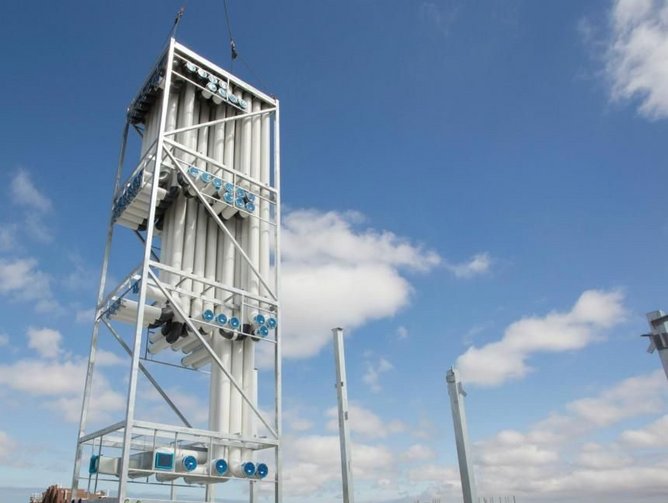 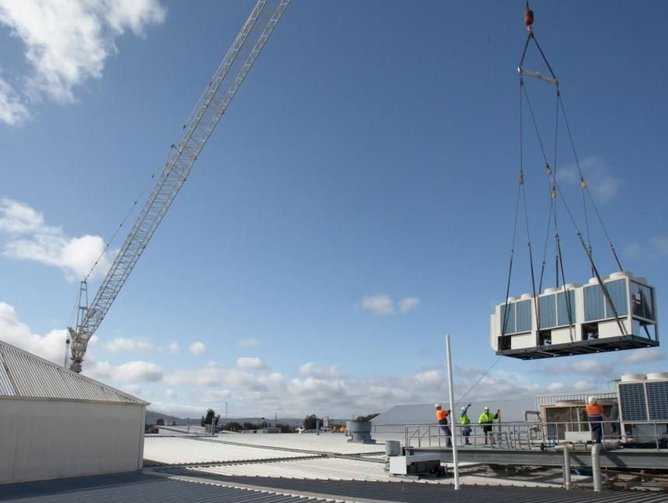 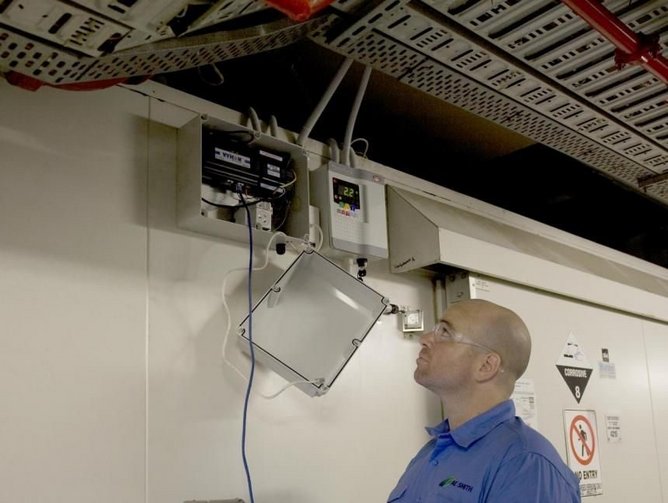 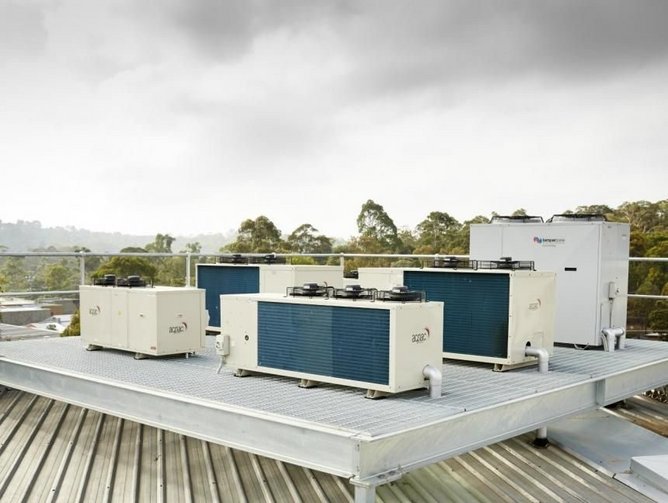 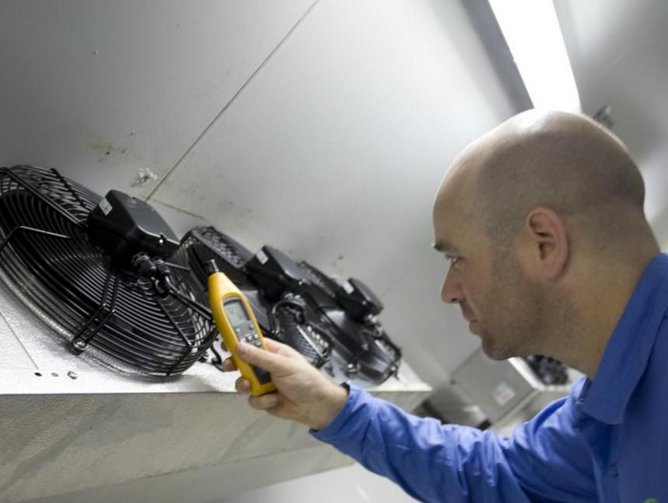 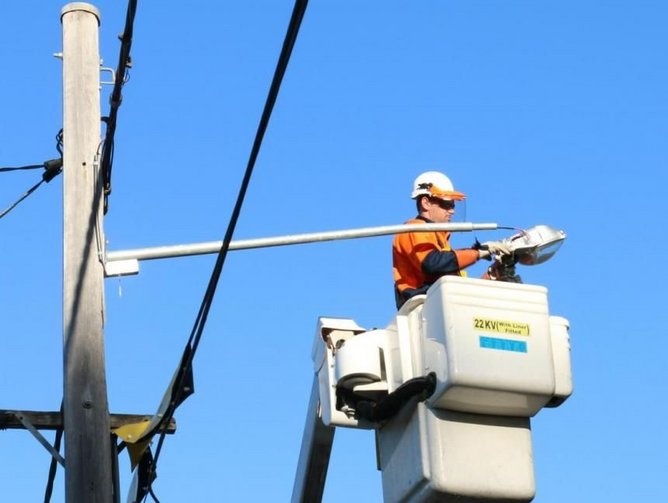