Western Australia's highest-profile and most eagerly anticipated project is nearing completion: we look at the role of project management in delivering a complex construction and maintenance contract.

In 2012 the State Government of Western Australia committed to build a 60,000 seat multi-purpose stadium on a contaminated brownfield site in the state capital Perth, close to the banks of the Swan River. Whilst the site has some environmental and geotechnical challenges for design and construction of the new stadium, it’s location on the Burswood Peninsula with stunning views across the river to the city is postcard perfection.  This was the culmination of a long period of deliberation during which different sites had been considered, including the location of Perth's existing Domain Stadium, also known as Subiaco Oval.

The new stadium will be the third largest venue in Australia and, it is hoped, will establish the state and city in the international consciousness where sport and event tourism is concerned, as well as hosting AFL (Australian rules football), and major rugby union and league, football (soccer), cricket and entertainment events.

Perth Stadium sits in a surrounding Sports Precinct, which is being developed concurrently with the new stadium, and will incorporate cafes, alfresco dining, playgrounds, community spaces and other infrastructure that can be utilised on both event and non-event days. Construction of both the Stadium and Sports Precinct is on schedule to open in March 2018, in time for the start of the AFL season. There has been considerable speculation over which sport may open the stadium, however with construction of the stadium at just over 66 percent complete in early December 2016 there have been no commitments made for an early opening as yet.

The contract to build the Perth Stadium and Sports Precinct was awarded via a two stage tender process in which three major consortia participated, Westadium (led by Brookfield Financial Australia Securities and John Laing Investment), Confidem (led by Capella Capital) and Evolution Stadium (led by Plenary Origination and Bouygues Construction Australia). Westadium was awarded the contract in August 2014. The contract model taken to market was design, build, finance and maintain (DBFM), which, according to Nadia van Dommelen, a partner at PricewaterhouseCoopers (PwC Australia), is fairly self-explanatory, but within which there's a lot of expertise required to define the functional, technical, commercial and operational parameters to make the project a success. In November 2012, Appian (which was acquired by PwC in March 2015) secured the Design Development contract, providing design expertise in addition to project management resources supporting the State Project Team, led by the Department of Treasury – Strategic Projects and Assets Sales in partnership with client agency, the Department of Sport and Recreation. “There was a lot of competition,” she recalls, “because there were not many capital projects of a similar scale in the market at the time that were not already progressed or in an indefinite holding pattern.”

The project was of interest due to the significant scale and complexity, and to be procured through a public private partnership (PPP). “Complex projects are my niche and what I love to do,” says van Dommelen. “It’s an area in which I have specialised, and I’ve been fortunate to gain a lot of experience advising government on the client side, developing project briefs, service specifications and guiding procurement and contract documentation for PPP projects.” She is not exaggerating: a professionally qualified civil and structural engineer with over 20 years of industry experience focused predominantly in project management of building and infrastructure projects, she has had a pivotal role advising government in most of the PPP projects undertaken in Western Australia.

The first tasks for the team were to review the preliminary work that had been undertaken on the project and consult with the State Project Team in developing a detailed design brief for the project. They also assisted in a thorough risk assessment of the services that were to be considered for outsourcing, such as facilities maintenance, cleaning, waste management and catering, evaluating scope demarcation, interfaces, dependencies and reputational risk. One such service which was flagged as critical was pitch maintenance. “They say a stadium's reputation lives or dies by its pitch,” says van Dommelen. While she points out that there are clearly other factors, she adds that “players and fans alike are quick to notice if the surface is not fit for purpose”.  Maintaining elite playing surfaces in major stadia is a very specialist and complex job, because the structure and roof create challenges in maintaining a microclimate throughout that is optimal for turf health and growth. Rather than risking a long term playing surface services contract, the Project Team, in conjunction with PwC, proposed to treat this and other high risk services, such as asset security and ICT, as a “reviewable service”, whereby the service is undertaken as a series of shorter terms which are subject to review at each expiry.  This approach allows those services to be brought back in house during the 25 year operating period if the services are not performed to an acceptable service standard. In mid-2017 local turf expert HG Sports Turf will install stabilised natural turf which combines a natural couch grass mixed with rye and artificial grass. This combination provides outstanding stability, durability and a flat playing surface and responds well to regular maintenance.

Another innovative aspect of the project has been the level of stakeholder engagement undertaken. “A major aspiration of Perth Stadium is to be ‘fans first’ and to ensure it is delivered a user group consisting of a range of sports fans - fans who will use the stadium – was created,” says van Dommelen. A brief was prepared outlining the purpose and intent of a “Sports Fans User Group”, and public nominations were invited over social media, radio and other platforms. Over 450 applications were received from which 30 representatives were selected from a range of demographics and sports to create the Sports Fans User Group. Their input was fed in as the project progressed and is being maintained though the construction process – the first time an exercise of this sort has been run in Australia, and maybe the world.  The notion of a fans user group has been such a resounding success that PwC formed a similar group for consultation on the Western Sydney Stadium project.

A geometrical headache presents itself at multi use stadiums around the world. To accommodate cricket, which is played on an oval or circular field, AFL, athletics or equestrian sports an oval shape is required, and most stadiums are oval or circular. Football (soccer), rugby and many other sports are played on a rectangular pitch. “Accommodating rectangular sports in an oval configuration is always challenging,” says van Dommelen. “The brief included something quite novel. Instead of restricting the design requirements for viewing to sight lines to the pitch (or C values based on a focal point), it introduced a concept of key viewing elements – the visibility of key areas of the field such as sidelines, try lines and penalty areas to be viewable from the seating for the various sporting uses.  Also incorporated was a concept around the extent of obstructions affecting views to the field of play to minimise the proportion of seats that will be built with obstructed views.  A Seating Bowl Report demonstrating performance against these requirements was requested at tender stage, and this drove optimisation of the Seating Bowl from the earliest stages of design as part of the competitive process. ” To accommodate rectangular events, many options were considered before arriving at the solution of elevating the first row of the lower tier that allows drop-in seating to be bumped-in right up to the pitch wall.  The design brings fans closer to the field than is typically achieved in an oval configuration venue, and importantly has the effect of 'rectangularising' the venue.  Nadia credits this exceptional outcome to the relentless pursuit and persistence of the Department of Sport and Recreation’s Project Director, Ronnie Hurst, a keen rugby man himself who pressed Westadium’s designers to keep exploring and refining options to arrive at a solution which optimises outcome and cost.

Early in the briefing stage there was strong support for briefing compliance with the UK’s Sports Ground Safety Authority’s (SGSA) guidance materials, including the Green Guide, which is recognised as international best practice. “Something we and the State Project Team are very proud of is the focus that we have placed in the design on the safety all stadium users,” says van Dommelen. “Designing and building for mass gathering is a massive responsibility, and we don’t take this lightly. We also advocated bringing the SGSA in as an advisor to the project to monitor compliance”.  As a result of these initiatives, we strongly believe Perth Stadium will set a new benchmark for safety in Australian stadia.

As construction ends, the Perth Stadium and Sports Precinct will be handed over to the governance agency responsible for managing the project’s transition from construction to operations, VenuesWest, which will in turn place day to day management in the hands of its operator VenuesLive – with Westadium continuing to maintain the facility its future will be secure in a 'marriage' of these three entities.

Soon Perth Stadium will be seen as one of the great stadiums of the world: the lessons learned in its delivery, with expertise from PwC, will be a benchmark for future projects. “A key thing we assisted with was to create a clear and unambiguous, performance based brief defining the outcomes to be delivered, so that when it was issued to market the functional, technical, commercial and operational requirements were known and understood. A number of stadium projects around the world have gone off the rails spectacularly because they have not taken the time required upfront to prepare quality procurement and contract documentation covering the facilities and operations.” This is exactly the service that PwC can provide, van Dommelen adds, to help set the project up for success. Above all, the State Project Team has been able to keep the stadium's 'fans first' aspiration always in sight, working out precisely how the facility is going to be used and by whom, in the light of those users' expressed requirements and aspirations. 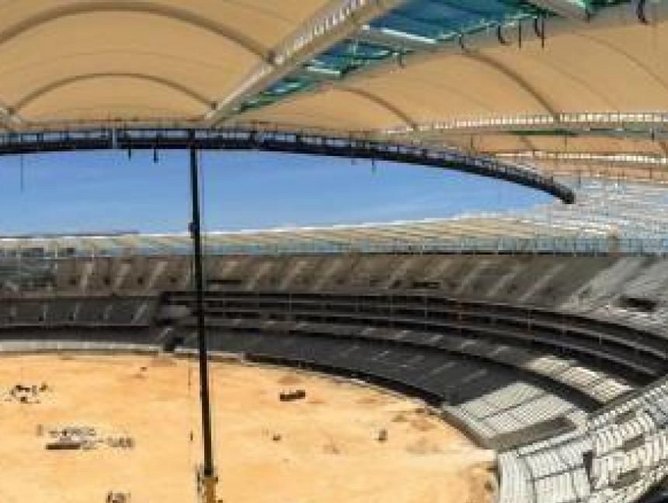 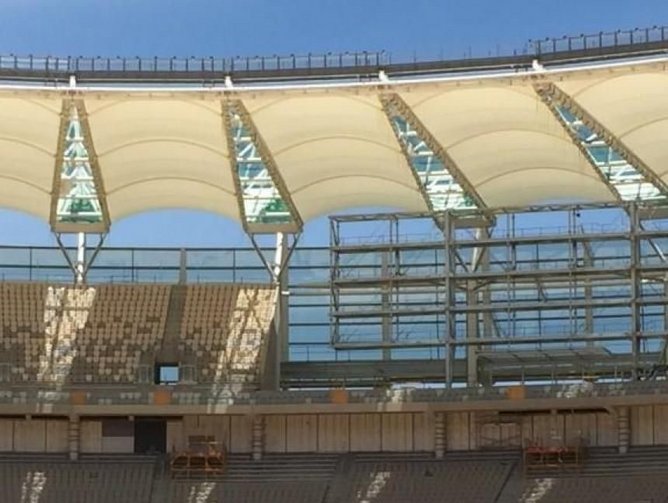 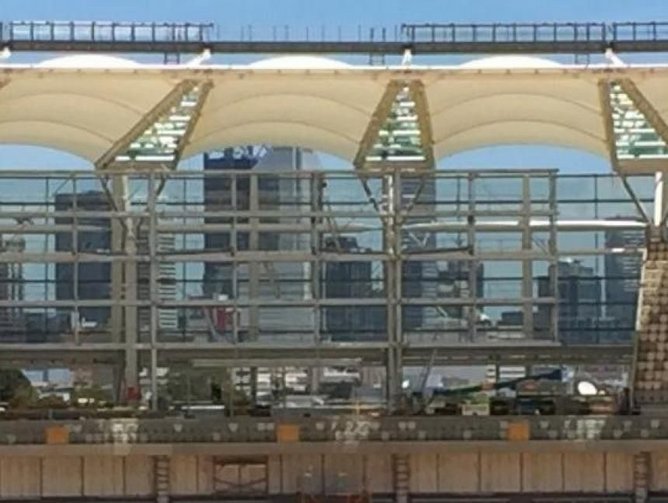 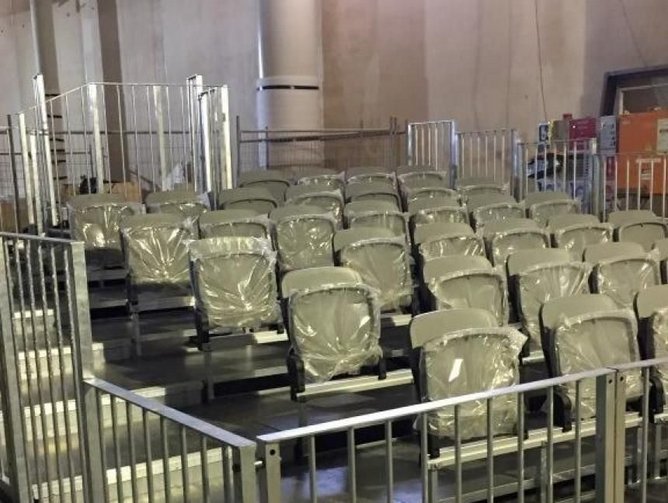