Profit is king, turnover is secondary

Preservation and rehabilitation engineering contractor EPTEC Group turns 20 in September – and if you’re not familiar with it, you’ll certainly know some of its biggest projects.

From the new build of the ANZAC Frigates to maintenance for the Royal Australian Navy (RAN), Flinders Street Station, the Burnley & Domain Tunnels, and US air craft carrier, USS Abraham Lincoln, EPTEC has worked on them all.

Joe Viglione, CEO, says: “We've done work on nearly every surface ship in the RAN. The Anzac Frigate was our biggest project and the founding one. It laid the foundations for the company from March 1998 until May 2006.

“It was undertaken at Williamstown in Victoria and we had up to 300 employees involved, some of whom are still with us, like our production manager Bruno Dumont, our project manager Chris Foster, and our supervisor Mark Sanders. They were instrumental in delivering that project.”

The next two milestones were Project Protector for the Royal New Zealand Navy from 2006 – 2010, and the upgrade of Flinders Street Station in Melbourne before the 2006 Commonwealth Games. Project Protector was run by Gwydion Sherwood, who ran the operation in New Zealand and is still with the company today.

“That involved a lot of our areas of skill,” Viglione adds, “like blasting, painting, concrete repair, carbon fibre strengthening, grouting and chemical injection. It involved almost everything we do in our suite of services.”

Most of EPTEC’s supervisors have at least 10 years’ service, and Viglione pays credit to the handful of founding employees, explaining: “They’re the old stalwarts that rocked up and worked out of the back of their utes. We hired, begged, borrowed everything at the start and they’ve helped grow EPTEC from nothing to what we are today.”

He claims one of the company’s proudest achievements was working on US aircraft carrier the USS Abraham Lincoln, and recalls how he received the phone call for the project at home on Boxing Day.

“I negotiated the contract over the next 24-48 hours whilst travelling with my wife and two children to my in-laws,” he laughs. “I mobilised on site in Perth on January 5 and between myself and operations superintendent Michael Ippoliti, we worked around the clock to deliver that vessel in 12 days with a crew of 70 guys.

“We were 10 nautical miles off the coast of Fremantle and did it at sea. It was involved in the war in Iraq, being the ship used to launch the first attack.”

With a civil engineering background in major infrastructure projects such as Port Kembla Grain Terminal, Mt. Piper Power Station and Sydney Harbour Tunnel, the then CEO of Transfield Construction, Claudio Di Berardino, introduced Viglione to Piccioli in 1992. Piccioli at the time was the General Manager of Transfield Corrosion Protection.

Viglione remembers reluctantly accepting the role with Piccioli but “within two years of being in corrosion protection, I was running the painting division,” he says. “From understanding nothing, the small organisation gave me the opportunity to be valued for my contributions.”

When EPTEC was founded in September 1997 by Enrico Piccioli, with the support of Claudio Di Berardino, together they convinced Viglione and a few other very valuable supervisors to join the new Company.

The effervescent Piccioli – Italy’s youngest engineer when he graduated at 21 – focused on the business development and administration while Viglione headed-up the projects.

Piccioli was EPTEC’s director and CEO up until his passing in May 2014, at which point his friend of 25 years and business partner, Claudio Di Berardino, became Managing Director, and Viglione was promoted from Chief Operating Officer to CEO.

“Two of the people I’ve learned the most from in my life are Enrico and Claudio,” Viglione says. “Enrico was my work mentor for 22 years. He was a fabulous entrepreneur, salesman, and loved to travel.

“He looked a bit like King Henry VIII in his younger days with a red beard. He was a brilliant storyteller, highly intelligent, very well-spoken and wrote and dictated prolifically.”

Viglione has known Di Berardino for more than 40 years after meeting him at the age of about eight-years-old when his father worked for him on the power stations on the New South Wales Central Coast.

“For years, I aspired to be like Claudio,” adds Viglione. “He was like a god, and his reputation preceded him. I vividly remember going to my careers advisor at school and saying to them, ‘I want to be an engineer and project director like Claudio’.

“In his young days, he was smooth as silk but tough as nails. He could be fierce in a meeting but once you walked out of the room it was all OK. Now, he’s like the statesman of the organisation and is well-respected in the construction industry.”

Viglione insists Di Berardino, who is retiring later this year at the grand old age of 18 – a leap year baby – has taken the private business to the next level with his growth strategies.

“As a private Company for us, profit is king, turnover is secondary,” claims Viglione. “The current EPTEC team has built upon the successes of the founding members, and in the last three years the business turnover has increased by 50 percent, whilst at the same time maintaining profitability.

“My vision for the next 10 years is to continue to aggressively grow the company, albeit at a more sustainable rate than the last couple of years, maintain profitability, and most importantly, ensure the health and safety of our employees not only from a physical side, but also from a psychological space.”

He claims the most exciting projects for the next 18 months are in the Australian Naval new-build sector. Currently, the Australian Government boasts one of the largest expenditure forecasts for new-build vessels of any nation.

“Projects like the 12 offshore patrol boats, 9 future Frigates and the replacement submarines make it an exciting time,” Viglione adds.

“Now we've started on the submarines. We're currently doing refurbishments which in the early 1990s, Superintendent Michael Ippoliti and I were involved in the new build stage painting.

“Whenever we win a project, I go from the thrill of the chase to immediately moving into execution and delivery mode, saying, ‘My God! What have I got myself into?’

“Being a company of our size, one needs to be humble in working with our clients, because we rely very heavily on repeat business, which is built on relationships.

“They're the things that really help you get up in the morning and give you the passion for something you want to do.” 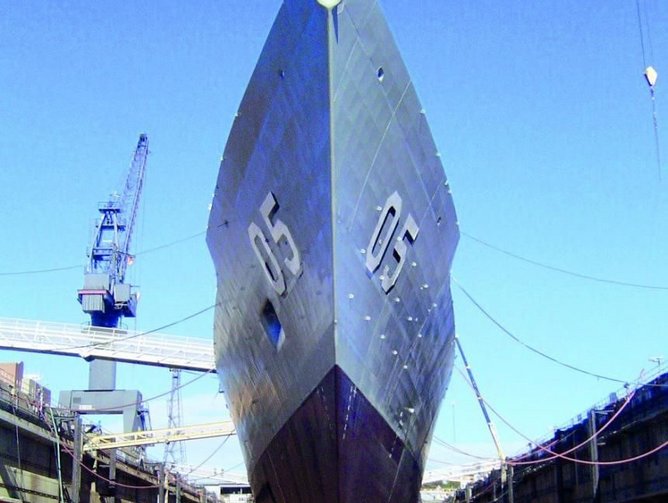 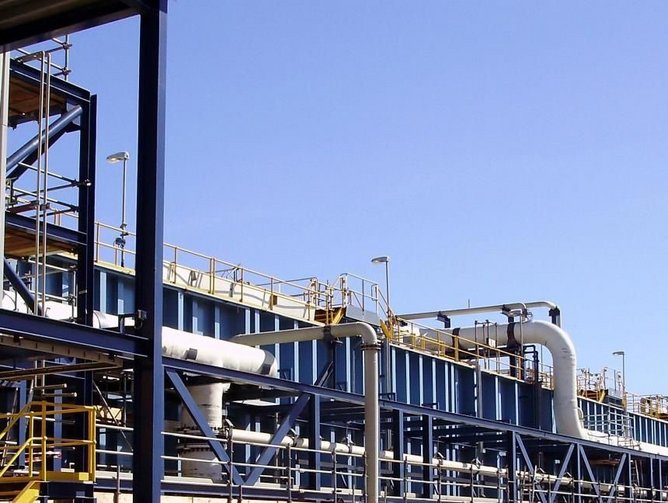 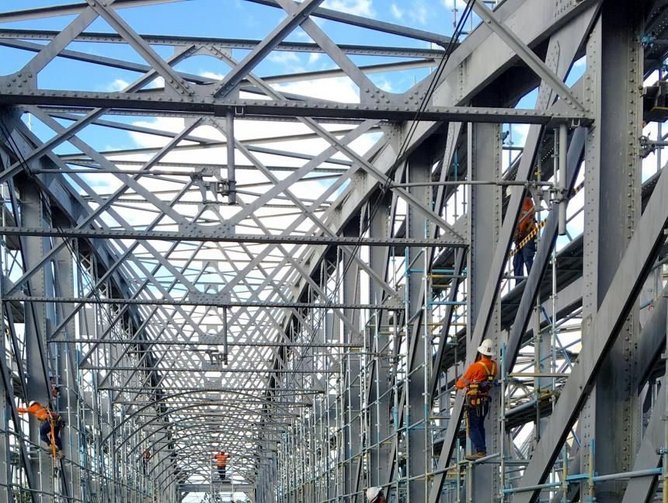 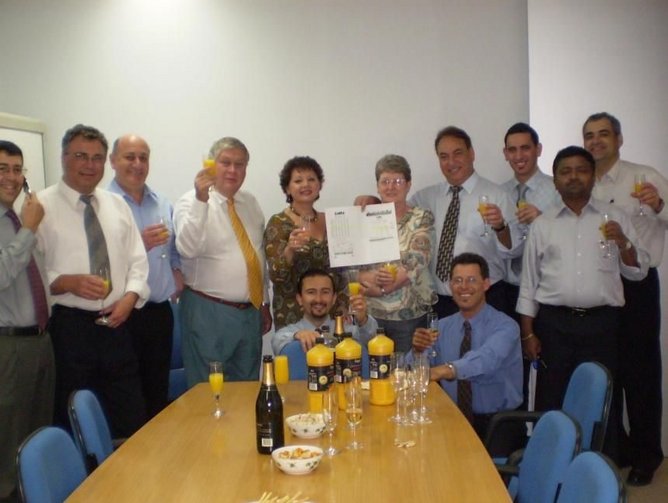 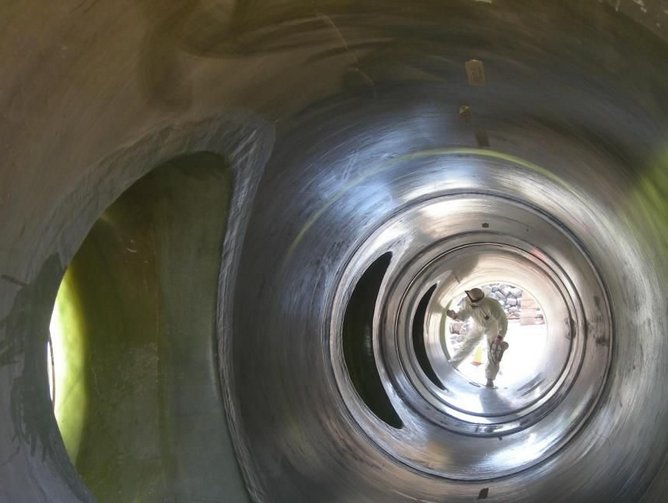 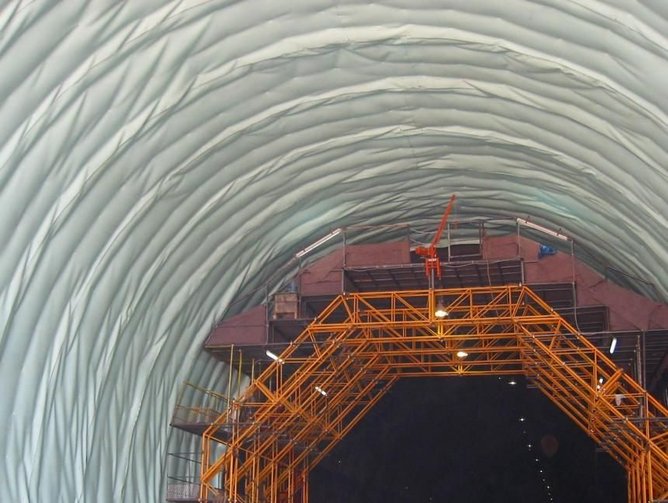 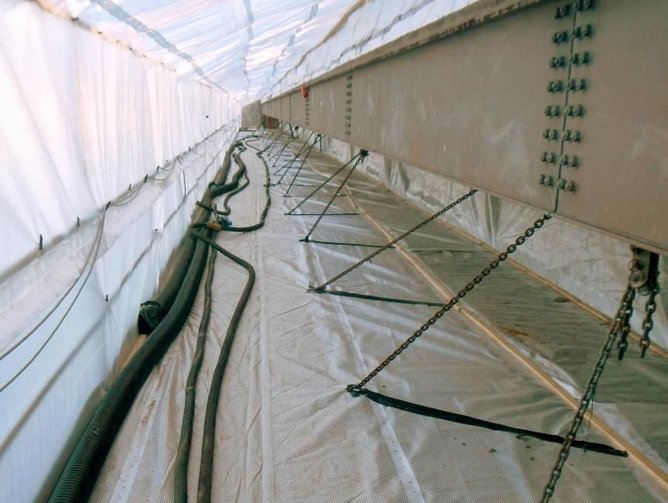