Spanning all the way back to 1883, Princess Alexandra Hospital has had a rich history. Now, with a staff of more than 6,500, it takes a vision and a team to execute it to achieve a level of paramount success.

Building a vision of excellence

In 2001, former Executive Director of Nursing Services Joy Vickerstaff had a vision to utilize the Magnet framework to unite nursing services within Princess Alexandra Hospital. With the intent to improve the nursing culture and focus on patient safety, the vision was instigated following a staff cultural survey conducted by Best Practice Australia.

While the survey identified that the current nursing services had a “poor” workforce culture, Vickerstaff was not dismayed and pushed forward her vision for success. The cultural shift began from the onset of embarking on the journey and has resulted in a true cultural transformation.

In 2004, Princess Alexandra Hospital was the first hospital in the southern hemisphere to achieve Magnet recognition.

Achieving Magnet Designation is the highest international distinction a healthcare organisation can receive for nursing excellence and quality of care that is delivered (ANCC, 2013, p.1). It provides a benchmark framework to create an optimal healthcare work environment that achieves extraordinary workplace culture, delivers the highest standards of care and, most importantly, achieves exemplary patient outcomes (ANCC, 2013, p.1).

Princess Alexandra Hospital strives to align to the best practice framework as it has decades of research demonstrating that Magnet facilities have better nursing culture, better patient satisfaction and better patient outcomes.

On June 18, 2014, the Magnet Commission announced that Princess Alexandra Hospital had once again achieved excellence in its nursing services, making it the first healthcare organization in Australia and outside of the United States to receive a third Magnet Designation.

In addition, the nursing services were awarded four exemplars for demonstrating the highest standards of nursing practice internationally and serving the best practice for others within the industry.

The exemplars received were for:

“Achieving Magnet Designation makes you feel an incredible sense of pride in the organisation, nursing staff and all of the teams for their hard work and contribution to patients and their families,” said Sandra Moss, Nursing Director of the Centre of Nursing Excellence, in a recent interview.

The Centre of Nursing Excellence

In 2012, the Centre of Nursing Excellence was established at Princess Alexandra Hospital and has since taken a lead role in Queensland in a number of patient care initiatives as a highly productive unit that has state, health service and organisational responsibilities.

Moss oversees a team of incredibly motivated staff that is responsible for coordinating Magnet Designation at Princess Alexandra Hospital.

“To coordinate Magnet requires a focus on workplace culture and patient safety. Therefore, the team is also responsible for administering activities that showcase nursing achievements and dissemination of new knowledge to others at local, state and international levels,” said Moss.

“At the local level, we coordinate monthly Magnet Champion forums—a peer review process for frontline nursing staff to present quality initiatives, research and innovation that is leading the way,” she added. “These forums are the highest attended meetings in the organization.”

Mentoring others on the Magnet journey

As a Magnet designated facility, Princess Alexandra Hospital has a professional obligation to mentor other facilities interested in pursuing excellence in nursing.

To date, Princess Alexandra Hospital has formally mentored, Sir Charles Gairdner Hospital in Western Australia and St. Vincent’s Hospital Sydney—all of which are elite hospitals that have since been successful in achieving Magnet Designation.

“Undertaking the journey to Magnet is challenging and requires structures, processes and eligibility requirements to be in place,” explained Moss. “The ANCC recommends that hospitals that commence the Magnet journey to establish a collaborative mentorship arrangement with a hospital that has been designated to understand former lessons learnt and to obtain support.”

In 2015, the Chief Nursing and Midwifery Officer for Queensland Department of Health sought support from the Princess Alexandra Hospital’s Executive Director of Nursing Services () and Metro South Health Executive Director of Nursing and Midwifery (Veronica Casey) to embark on a joint project initiative to mentor healthcare facilities throughout Queensland Health who plan to commence the Magnet journey.

“To progress the development of a mentorship structure, Princess Alexandra Hospital’s Centre of Nursing Excellence has taken on an added responsibility,” said Moss.

A distinct hospital built on excellence

When asked what sets Princess Alexandra Hospital apart from others in the area, Moss had four things to note:

“In 2011, the Nursing Executive endorsed and led the development of a process that would capture patient experience and expectation data,” continued Moss. “Princess Alexandra Hospital became the first facility in Queensland Health to conduct quarterly patient satisfaction surveying for all inpatients and ambulatory patients to provide timely reports to clinicians.  Since 2011, feedback has been received from over 6,968 patients and families.”

A culture of ambition

“Awards are great for recognising achievements,” concluded Moss, “but our most important measure of what our service means for patients is through the feedback that we receive in the patient satisfaction survey and our patient outcomes.” 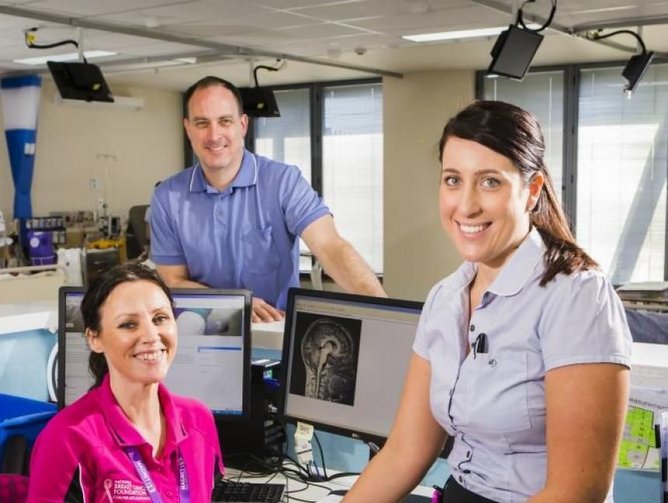 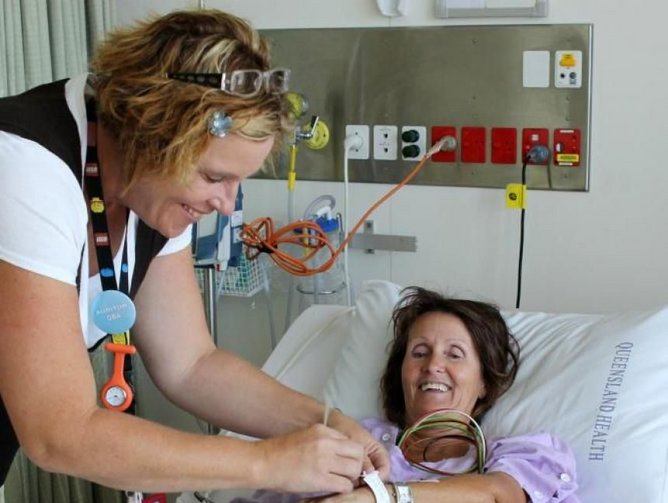 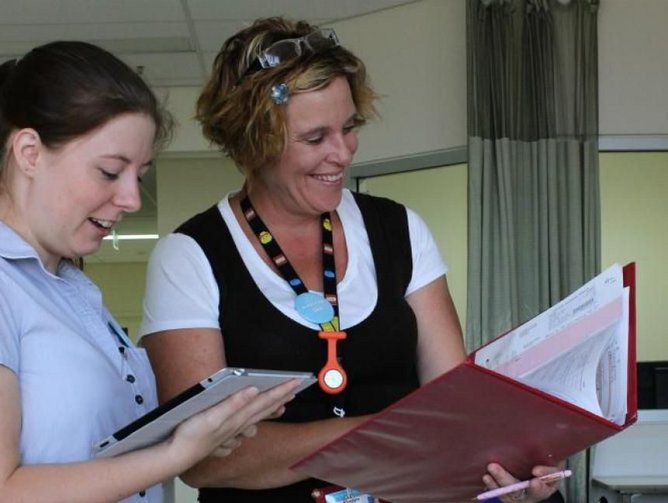 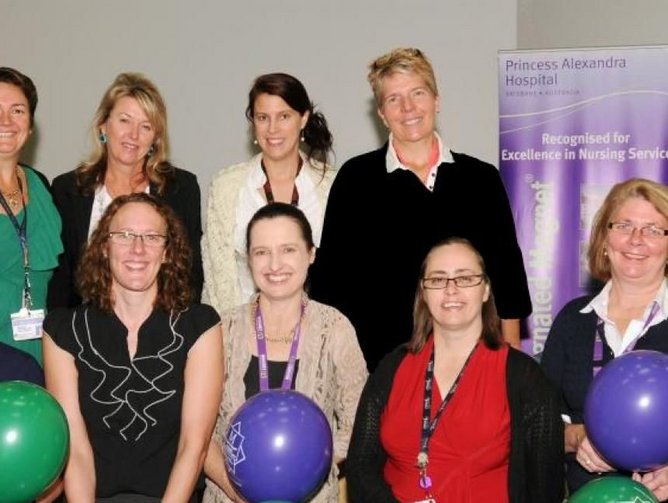 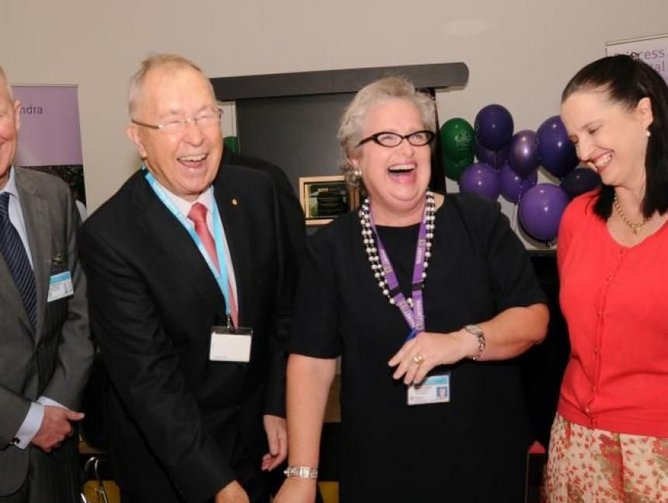 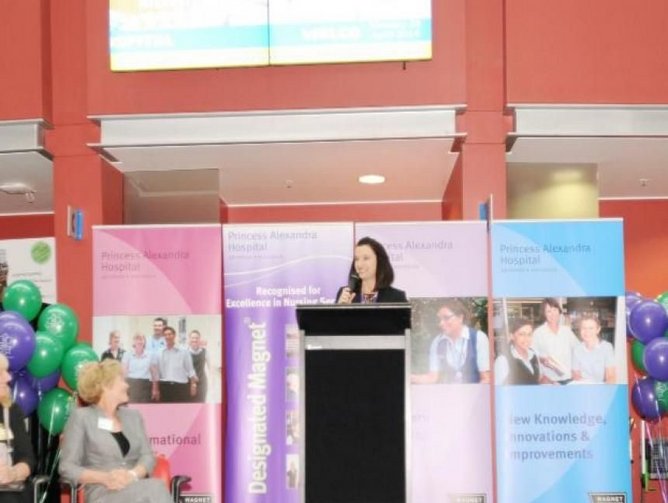