New Zealand was born from the adventures of great explorers whose sense of imagination, curiosity and drive to find a better world to live in brought them to the shores of a land New Zealand’s first settlers, Maori, called ‘Aotearoa’ – the land of the long white cloud.

Today that same sense of adventure, that similar curiosity, has led to some of New Zealand’s greatest moments- Sir Edmund Hillary climbing Mt Everest,  Sir Ernest Rutherford splitting the atom- we even made jumping off buildings and bridges at a great height with only a piece of rubber attached to your feet a worldwide phenomenon.

And we are still pushing boundaries, innovating, and now our oil and gas industry is continuing our tradition of exploration by looking to discover what lies beneath our land and sea.

Our job as the Petroleum Exploration and Production Association (PEPANZ) is to represent the interests of the major companies that explore for and produce New Zealand’s oil and gas resources.

Since 1972, the Petroleum Exploration and Production Association NZ has worked with local and central governments to ensure that the country’s regulatory and commercial framework promotes investment and maximises the return to the New Zealand’s industry and community from developing the nation’s oil and gas resources.

We now currently represent companies that are responsible for 95% of petroleum production. In addition, PEPANZ also represents more than 30 associate member companies that provide a wide range of goods and services to the industry.

As an association, PEPANZ aims to secure conditions that enable member companies to operate safely, sustainably and profitably.

PEPANZ believes that by developing and growing our oil and gas industry we can enrich New Zealand’s future. The future of our member companies, our communities and the economic future of our country.

As the representative of the oil and gas industry we look to provide members with strong representation and advocacy, leadership for industry wide issues, while engaging openly and honestly with New Zealanders.

Over the past 3 years, New Zealand’s regulation and legislation concerning the oil and gas industry has undergone some major changes – from the way we offer permits to regulating our Exclusive Economic Zone.

Historically petroleum exploration permits in New Zealand were granted through a priority in time (PIT) system, where operators identified an area they wanted to explore and applied for a permit. Between 2003 and 2012 New Zealand ran a number of Block Offers.

In 2012 the modern Block Offer tender process was introduced which improved New Zealand’s profile among international investors and since its introduction companies like Anadarko, Statoil and Woodside have invested in New Zealand’s petroleum potential.

In New Zealand we have 15 times more area in our Exclusive Economic Zone (EEZ) below the sea compared to land.

Exploration of our offshore basins is essential, the largest discoveries we have made to date are off shore. The Exclusive Economic Zone and Continental Shelf (Environmental Effects) Act 2012 (the EEZ Act) is a law that regulates activities taking place in New Zealand's exclusive economic zone and continental shelf- this puts in place clear regulations and requirements for operators looking to explore our deep waters.

As well as working to ensure both legislation and regulation governing the activities of our oil and gas industry serve to provide an industry friendly environment for operators and investors, PEPANZ prioritises building and maintaining important relationships with both the community and Government.

Engaging with communities is a priority for New Zealand’s oil and gas industry and we like to do so face to face. As an association we proactively look to engage with communities where the oil and gas sector is operating or expanding so communities feel confident in future projects that may take place. We also think it is important to engage with young Kiwis, and work hard to attend career days, support scholarships and help fund local science fairs. Engaging communities is about gaining a social licence to operate, with the goal of becoming part of the community you operate in.

We also believe in providing factual easily accessible information to both better inform people of activities and put to rest some mistruths peddled by industry opponents about technologies we use to both explore and extract hydrocarbons.

Working constructively with the New Zealand government is another priority for our Association.

This year we announced that both PEPANZ and the Government would work together to hold a single industry event called “Advantage NZ: The Petroleum Summit”. Until now, both the Government and Industry have held separate conferences – but together we acknowledged the need for both partners to provide a well-rounded, all-encompassing event in New Zealand. As well as social, technical and international keynote presentations, the Government will also announce the 2015 Block offers.

So I invite you all to become explorers – come to New Zealand, take a look – and not just at what is on the surface,  like most things in our industry – what lies beneath is much more interesting. 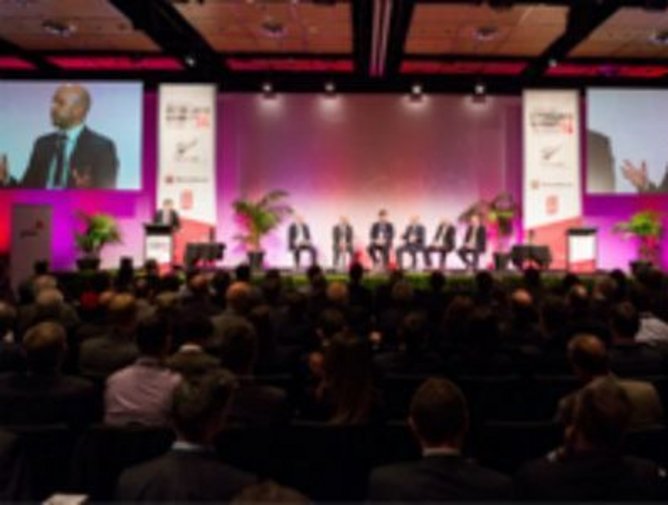