“Our first impression was a mix between fear and pride,” Nathaniel Farouz explains. As CEO of French healthcare firm Orpea in China, Farouz instated the first foreign elderly nursing home in China.

“Pride because we managed to open the first one in China, and fear because we thought ‘what if it doesn’t work? What if the Chinese culture is so different that people are not interested at all?’

“The Chinese market has a strong bias towards real estate investment… Most of what is being developed at the moment is real estate covering younger, relatively healthy elderly people,” Farouz tells us. For a long time, China’s social care sector was dominated by government-sponsored welfare nursing homes with low medicalisation. In 2013, industry trends changed – there was a rising interest in real estate for the elderly. Investment in real estate increased, and like-minded homes multiplied across China.

“This is definitely what we didn’t want to do,” Farouz says. “Our model relies on high-skilled medicalisation…what we brought to the market was something different. We are more service focused, healthcare focused - we’re not a real estate company.”

By twinning a high-end product with well-trained staff, the firm is “pushing the frontiers of what people believed was possible to do in China”. Services are aimed at affluent customers who are 80 plus, with the ability to welcome people with heavy physical or psychological dependencies. The Nanjing home features 140 beds in 111 rooms, prices of which range from 15,000 to 40,000 yuan.

How can Orpea justify these prices? Personalised service is its key selling point. For instance, meals, nursing programmes and activity programmes are tailored to each individual, there are 24/7 nurse stations on every floor, and rooms are elaborately decorated.

Farouz adds: “People don’t know yet why they are going to need it, for the very simple reason that they don’t have a benchmark. They don’t know that such a product can exist.  We aim at creating the benchmark and offering new products to the market. There is a need at the moment for facilities that are able to welcome elderly people, and provide a high level of nursing for people with dementia and physical or psychological disabilities”.

This high level of nursing is also a unique selling point for Orpea. Farouz tells us that in China there is typically “not much training provided to health care professionals in how to provide long term care to the elderly, people with dementia, Alzheimer’s disease etc.”.

To improve China’s healthcare training, Orpea launched a recruitment and training programme with a renowned hospital. The company created a training certificate in geriatrics in partnership with the Peking Union Medical College Hospital, one of the oldest, most prestigious Chinese hospitals.

“Dr. Liu Xiaohong, the head of their geriatrics department is famous for pioneering modern geriatrics in China,” Farouz says. “We also had something to bring to the table - concrete knowhow and experience on how long term care should be provided and adapted to China. Most doctors and nurses in China are only trained for acute, short-term care.”

We ask whether students are required to work for Orpea after graduating. “No, no!” Farouz insists. “It’s an open program, it’s not just for our staff. There are activities open to any healthcare professionals in China.” In Farouz’s view, an open course in Orpea’s approach will give the firm more options in the long term. He explains: “It’s open so that as many people as possible know about our approach; they spread the message and then maybe in the future recommend us or even come back to Orpea.”

So far, there have been four sessions of the course, with an average satisfaction rate of 93 percent.

Farouz admits that along with successes like the training programme, there have also been challenges for Orpea. For instance, it had to overcome cultural differences between China and Europe, such as elderly Chinese people tending to go into nursing homes as a couple, or families strongly relying on the public hospital system.

“There are a lot of other differences, and of course we take them seriously, but they are superficial - they don’t affect the core of our business,” Farouz says.

Farouz and Orpea are happy with the Nanjing home’s performance, but how do other stakeholders feel? “It generated a lot of interest, from governments, investors and of course from residents and their families,” Farouz says. The home is now filling up at the same pace as Orpea’s other facilities in Europe. The Nanjing home also received strong support from the Chinese government, particularly the Mayor and Vice Mayor of Nanjing.

Moving forward, Orpea plans to open more nursing homes across China. Farouz tells us that it’s working with various partners under different cooperation modes. “The first one is a self-owned project similar to the one in Nanjing - we will develop our own facilities and invest in their operation (without real estate) directly or through joint ventures. The second ones are management contracts: we’re especially pushing this kind of contracts, where we cooperate with partners who invest in the facilities and the team,” he says.

Orpea is only a year into an ambitious adventure, yet it is already drawing a lot of attention from investors. An astute, determined company, Orpea stands in good stead for future expansion. Farouz concludes: “Our model is not always the first one that comes to mind when people think about retirement homes. A lot of people will just rush into the real estate part of this business, but we actually represent the segment that brings the most value added.” 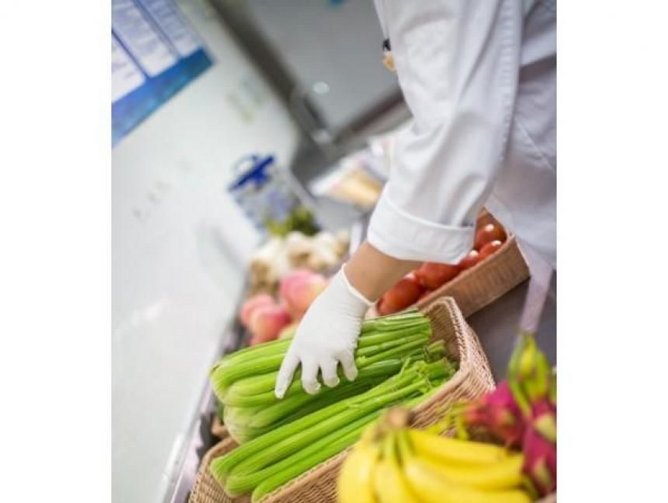 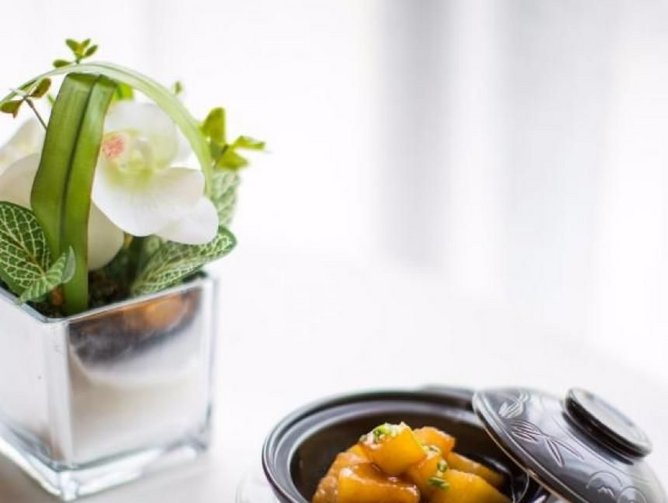 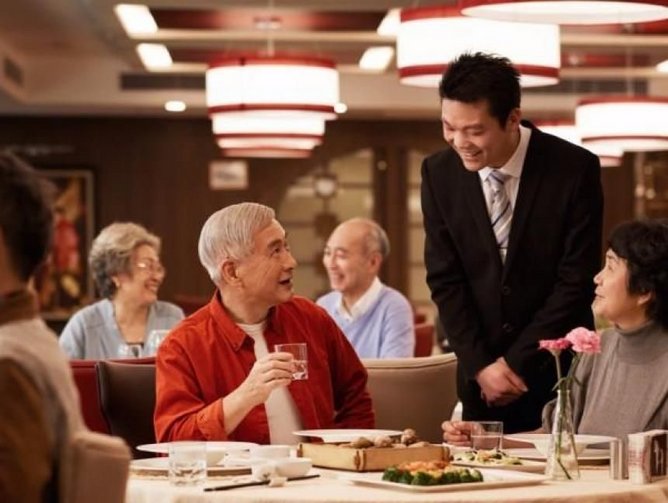 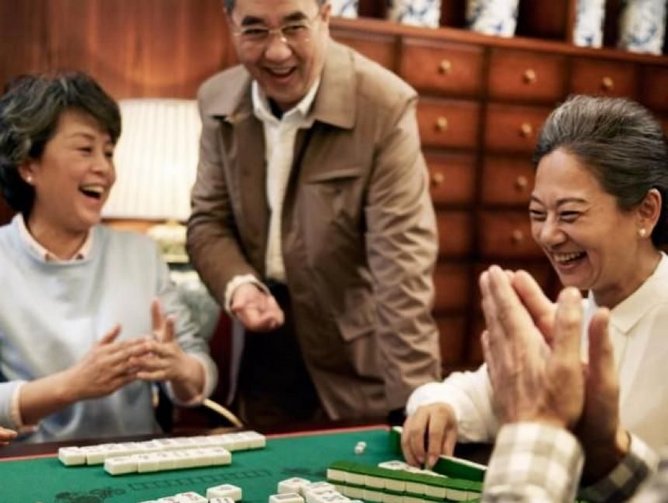 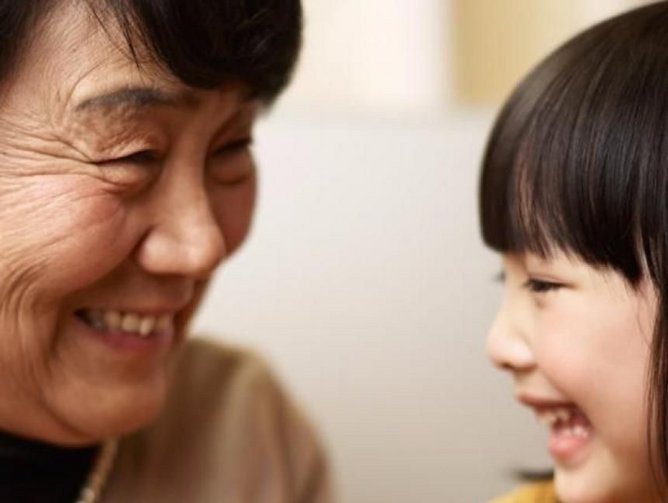 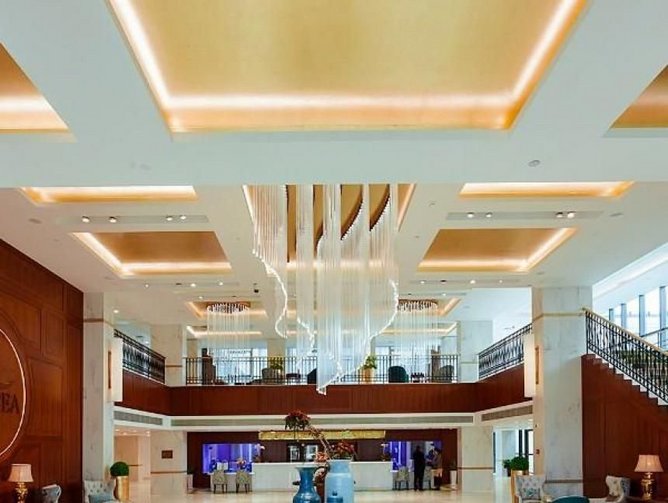 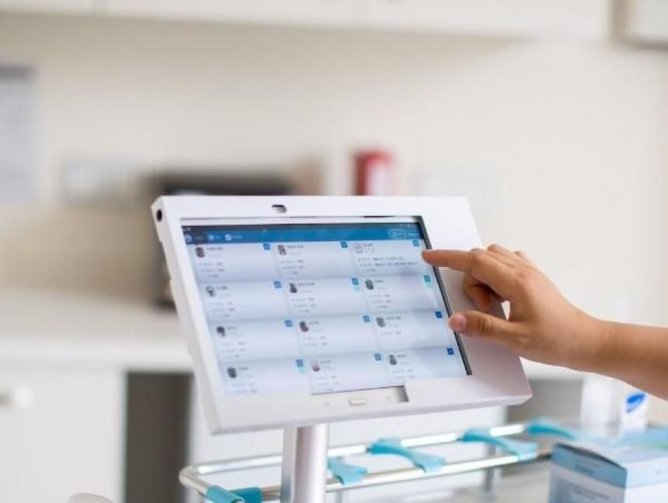 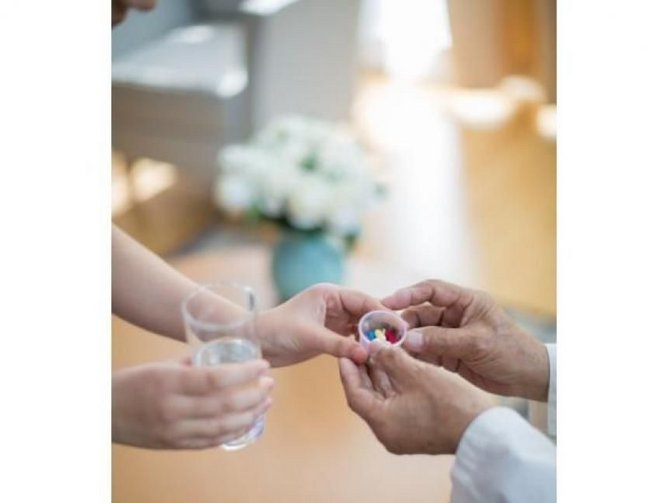 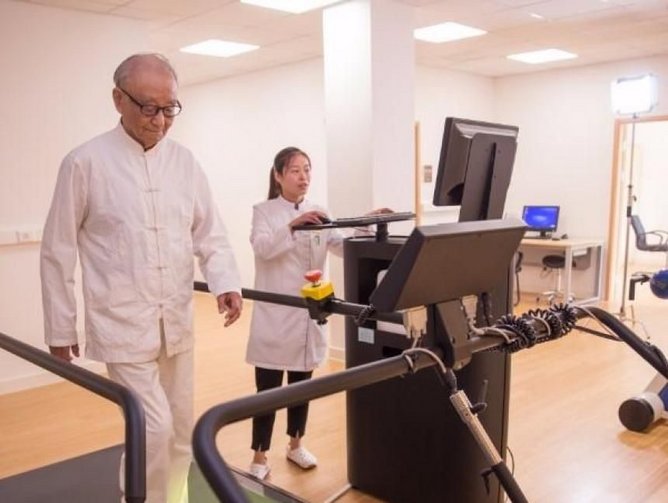 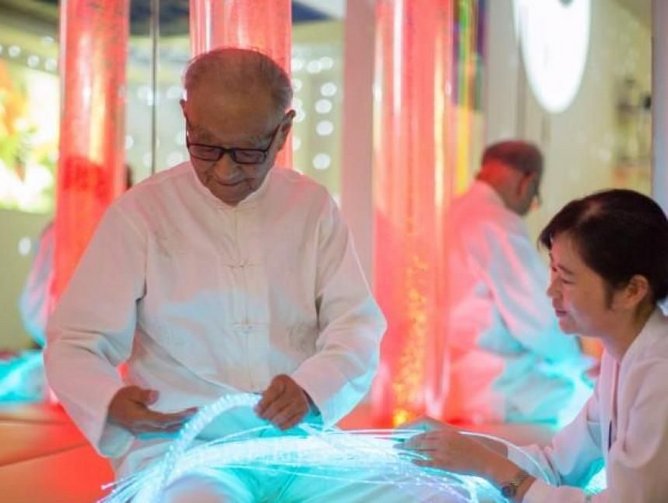 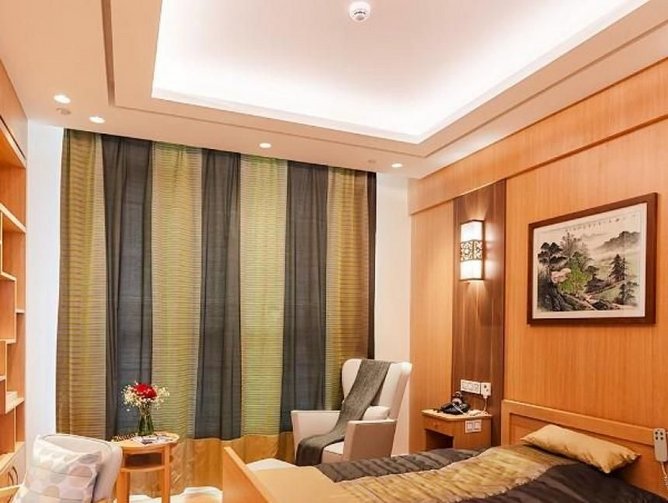 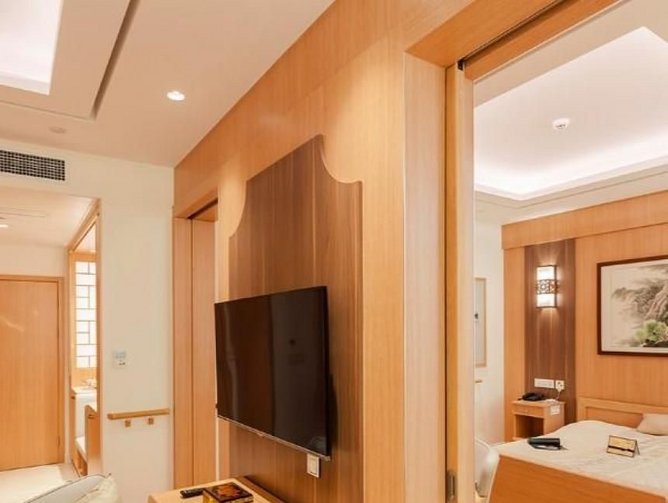 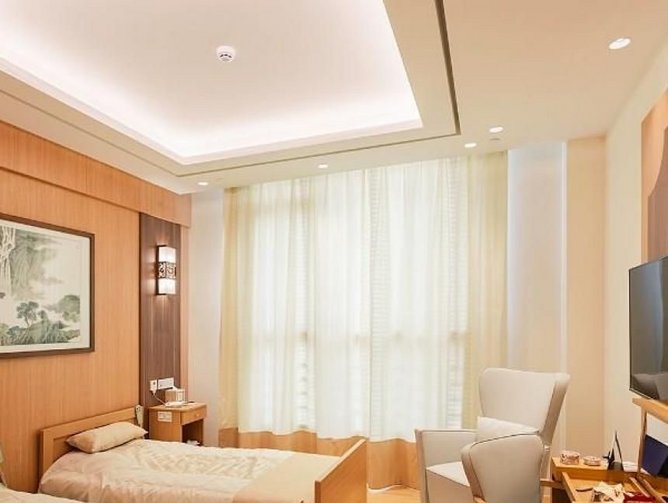 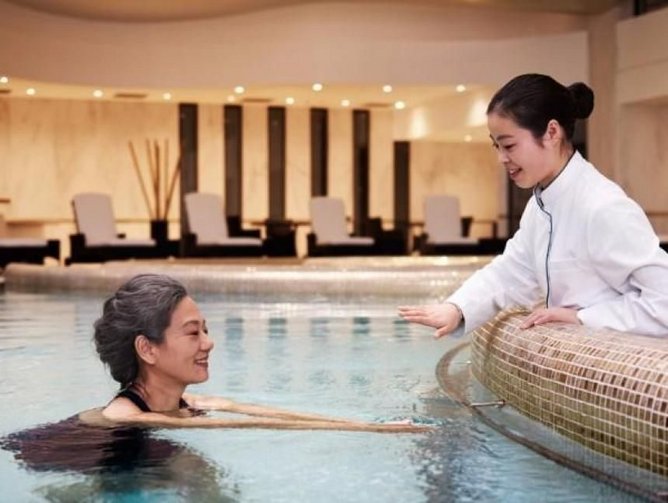 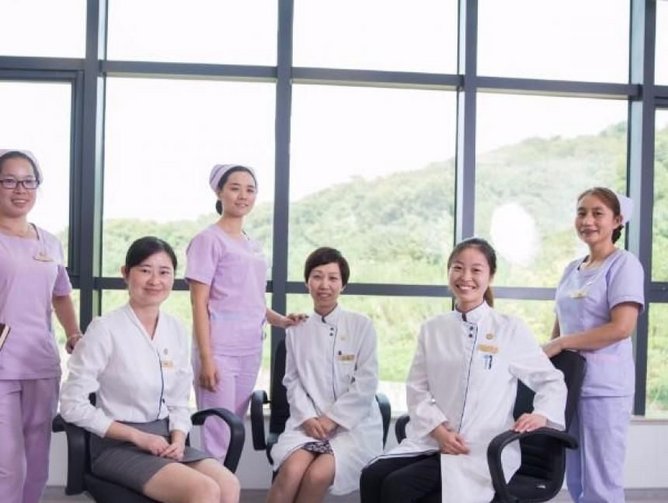