Distance learning is today unrecognisable from the days of correspondence courses, summer schools, exam centres and tense waiting for postal results. Since OC delivered its first online courses in 1995 however it has led the education market toward its digital future. Tracing its roots back more than 116 years to its establishment as International Correspondence Schools' presence in Australia the school was given its present name under its then owner Nexus Education Group. In 2013 a controlling share was acquired by NASDAQ-listed Apollo Education Group, the world's largest private education provider based in the USA.

OC has no physical 'campus' so it concentrates on online interaction with its 65,000 enrolled students studying more than 150 vocational courses, nationally recognised under the Australian Qualifications Framework (AQF) in subjects ranging from accountancy to business administration, construction and journalism. Students range from school leavers to retired people with an average age of 35, however most combine their study with a full time job: they are located all over Australia, with a fair number from other countries including India, Singapore and New Zealand. Practical elements of the courses are provided by work placement partners.

CIO Trevor McDougall, who took up his post in September 2014, delights in telling people he is a CIO with no IT infrastructure to maintain, all of his enterprise and learning platforms being cloud-based. “By 2011 the business model embraced by most distance learning providers, was already on its last legs,” he says. “Clearly the internet had impacted the traditional idea of sending out workbooks and assessments and organisations like ours had set about digitising all the textbooks and learning materials into PDFs to speed up the whole process of learning and assessment.”

The first iteration of OC's OpenSpace learning platform, launched in 2010, was just a first step towards a truly interactive digital relationship between the educators and assessors, and the students: it couldn't be accessed on mobile devices, and didn't work as a forum where problems could be shared between students and their solutions captured for reference to later when these cropped up again. “In other fields of life, these students are well used to sharing information and accessing information over social media, blogs and online forums – these students needed a mobile offering that would tailor learning to the students' evolving customs and be with them at every step on the road to qualification,” says McDougall.

Looking for a benchmark from the academic sector wasn't much help. Across the world courses delivered online still use what he calls the campus cohort model where students progress through regular assessments to graduation. Translated to the digital world it makes little sense, but with 65,000 students to treat each one as his or her own 'cohort' clearly presents a challenge. The management team, including MD Nic Cola, proposed and executed a radical new approach which was supported by the owners of the business and would be become the biggest single investment in the business to date. “Our learning management system and student management systems have left that old model behind. Furthermore we did everything we could to put mobile first and be responsive to the student's context. They ought to be able to work on the bus, in bed, on their mobile phone or tablet, at their desktop or laptop and even while sitting in front of the TV.”

The answer was OpenSpace version 2 (OS2), an HTML5 web app delivered on Amazon Web Services (AWS) public cloud. Rather than making the students wait till all functionality had been added OS2 was launched at the end of 2014 as a 'minimum viable product', and since then the team has been developing, testing and releasing added features at the rate of one a fortnight. Trevor McDougall's team includes ten people working exclusively on OpenSpace and a further 15 whose job is to digitise written course content. “ Implementing this can't be called a project,” he insists. “I have a full time team building features all day every day!” The discipline of assessment remains, of course, but students can progress at their own pace. It recognises that they might be devoting their holidays and weekends to learning, for example, but unable to do anything in the working week, and that each student has an individual style of working and unique life demands.

Being completely open ended, OS2 is able to change with the students’ needs, and as a consequence will be to a great extent future proof. It may not be possible at this point to predict the extent to which new technologies around augmented virtual reality or AI might disrupt the learning environment but so far OS2 has no problem bringing these into the platform. However it is not about jumping on to what he calls the latest bells and whistles like animation and CGI for their sake alone, he insists. “As we roll out our platform, we look at exactly how it's being used and where, and that drives improvement.” A big opportunity (he admits it's an obsession) is the data the platform generates. It is used by the team's data scientists to analyse in detail the way the platform is being used and also to capture information about how the students are communicating, how helpful they find each interaction (positive sentiment on social media has rocketed since OS2 was introduced) and how well that other vital group of users, the teaching staff, are identifying and dealing with the issues of greatest importance to the students.

While no two students are identical it's also probable that any particular problem has been met by others. That is why the 'study buddy' concept is being developed on the OpenSpace platform. It works rather like LinkedIn in that it suggest other people who are at the same stage in a course. Once connected both students will be updated on each other's activity and can share each other's experience. “We are developing that concept to build a sense of community among the students,” says McDougall. “Online study can be a lonely experience, and this is one way to make students feel less isolated.” And since every paragraph in the study content is accompanied by a 'discussion' annotation, students are able to start a conversation at any point – study buddies though will receive an alert every time that happens. It is a way of creating a community of interest among students who have reached a bottleneck.

Another feature about to be released is a study planner. Most students will set themselves goals, and most fail to meet them but OS will understand exactly what actions are needed to meet these goals and where necessary subtly nudge the student when it detects any deviation from the plan. “It's not as if they are expected to meet rigid time-determined deadlines, more that from their profile we will understand how much effort they have put in and figure out when they need to progress more. It's not an exact science but it does help us direct our limited resources to where they are most needed.” Apart from helping students keep on track the platform is benefiting them in unlooked-for ways – from the way students were using the note-taking aspect of the discussion widget it was possible to isolate that portion of content together with their creative adaptation of it in a way the students can use externally – for example to augment their LinkedIn profile or in a job application. A great advantage of OS is that there is no end to its evolution – over the next six months, he says, the team will be looking closely at social networking and the development of an 'e-portfolio' of work, endorsed by the college. The value of this to a design student, for example, is obvious but it can be applied in most other disciplines, he believes.

With OpenSpace 2 successfully embedded, McDougall is now turning his attention to the next big things for OC. For the time being it is tied to the Australian market because it is delivering largely Australian vocational courses, but there is no reason why the platform can't be adapted to any course, so international expansion is one thing that is happening, with over 300 international students signed up in the last year. However a bigger opportunity closer to home is delivering in-house training to large organisations and corporations under an 'Education as a Service' model. “We are offering to take care of their training needs, either by customising the courses we have for them or adapting their own content.”

There have clients and students on board already, and a few more proposals coming in -  Open Colleges is making money from business clients and this helps to drive more leads. There are two distinct areas where a big educational process is called for. One is internal skills training and professional development, the other is specialised product training – medical devices for example, or mining equipment - where the course would be developed by OC but marketed under the partner's brand to its industry clients or end consumers. One way or another OpenSpace 2 will continue to earn its bread and butter in ways that were never envisaged by its developers. 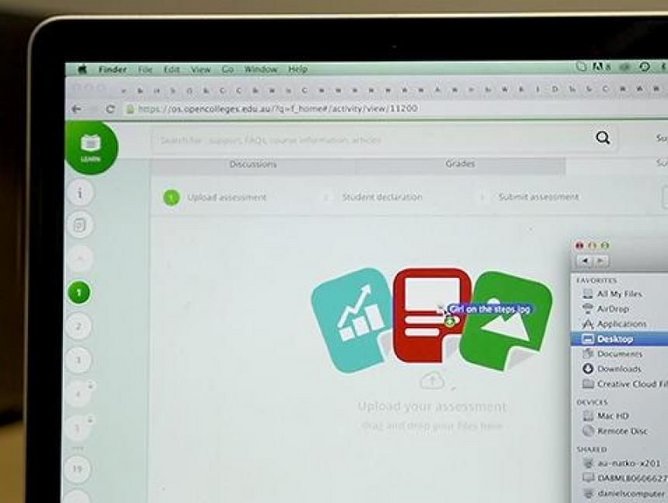 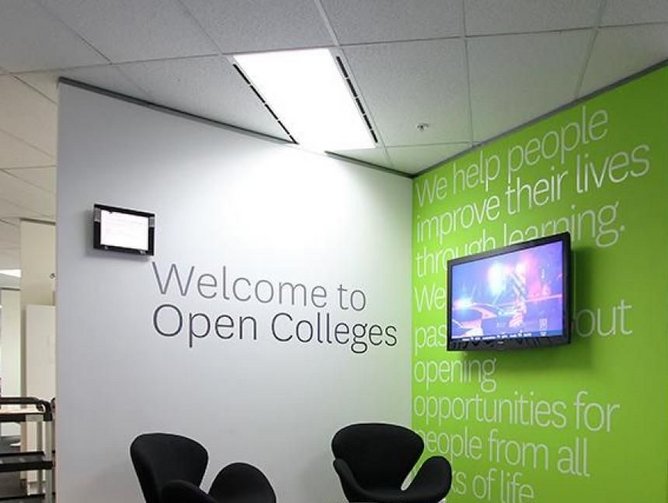 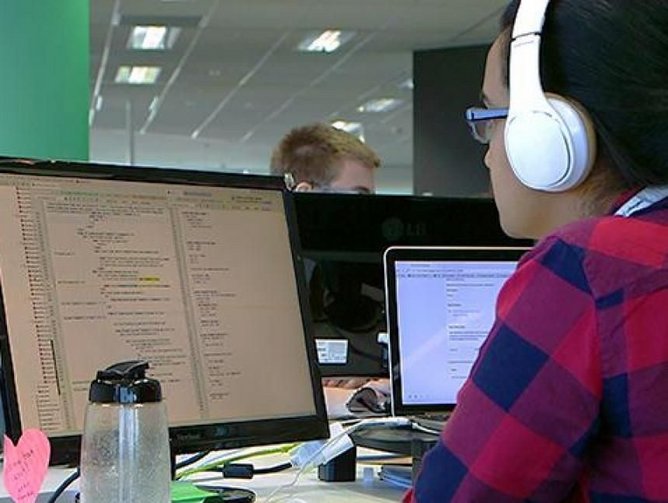 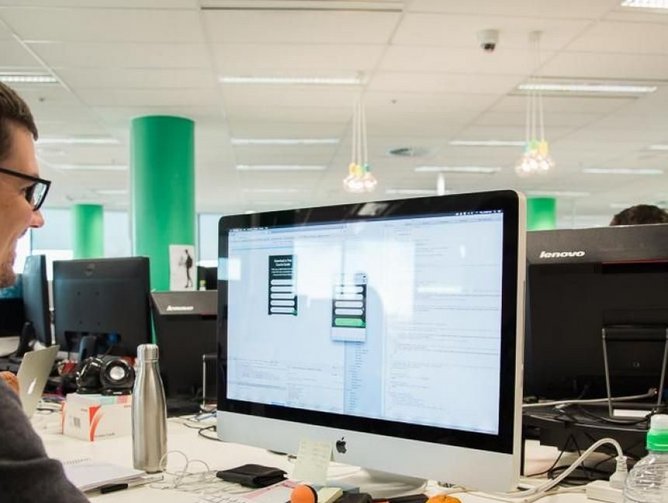 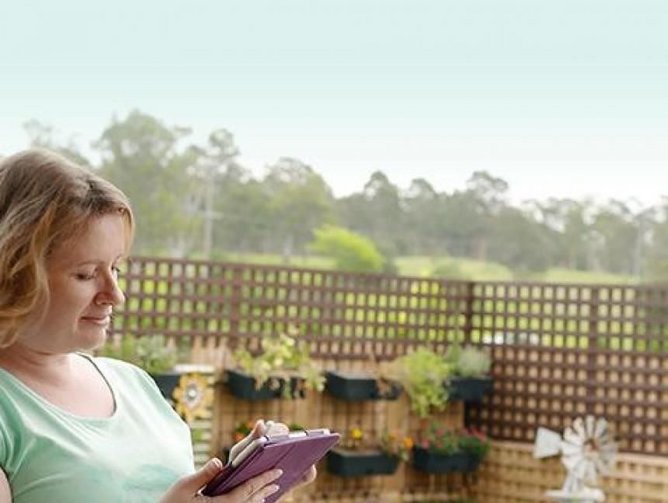 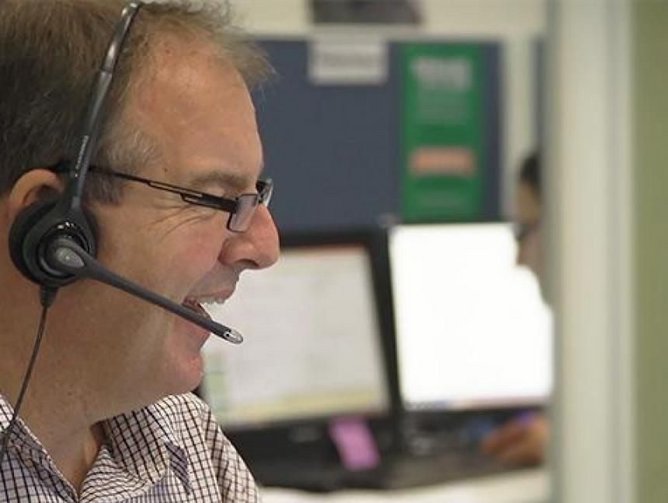