A new way to see

Created in 2004 through the merger of four smaller organisations Vision Australia later amalgamated with another three organisations including Seeing Eye Dogs Australia (SEDA). It emerged as a truly national organisation to reach each of Australia's eight states and territories and support the needs of many of Australians who are blind or have low vision through 800 paid staff and more than 4,000 volunteers.

Like any business formed by mergers, it had much to do in the way of integration and finding a viable identity for its clients and staff. It also faced dramatic changes in the way it was funded. The Vision Australia board recognised that moving from receiving large amounts of money to provide services to assist blind and partially sighted clients was a very different matter from the government giving the money to individuals to select and purchase the services they wanted.

In January 2013 Vision Australia appointed a new CEO with the brief of delivering transformational strategic change. Ron Hooton had 20 years of board level experience behind him much of it as a CIO in the banking and government sectors, and latterly as CEO of a large primary healthcare provider in his native New Zealand.

A roadmap to engagement

He found an organisation that was challenged by a very different future funding model from block funding to individualised funding under the NDIS and My Aged Care. At the time, it had a mindset that focused on the way things had been done in the past. Staff engagement, and support for the organisation and its leadership were low, he says. Staff were grappling with how they would fit in to the new world of competitive funding, and while there was commercial awareness and a focus on productivity in some areas across the organisation, this needed to become the norm.

For Australia's 330,000 so people who are blind, it is good news that at least $50 million of government funds will be available annually for services, but it does demand a huge cultural change among the service providers, he stresses. Cultural change was at the top of his agenda from day one. “To assess the organisation we talked to people at the sharp end.” So he focussed on talking to the 550 staff, clients and volunteers. “My first three months were fascinating. I needed to know what was happening so I spent a lot of time on the front line and visited almost every centre.” The point of contact between the client and the organisation is critical, he says: “We had to focus back on that point of contact to find out what we needed to do better.”

A group of front line staff wrote a document that set out the current state of the organisation and how it might be changed. This was refined, placed before the board, and at a conference for 100 leaders within Vision Australia held at Geelong in 2014 launched as the Strategic Plan from 2014 to 2018. “I wanted our staff to look forward. At the Geelong conference I made a point of telling them I was drawing a line in the sand at that moment. From that point we did not look back.”

The Strategic Plan outlines Vision Australia's New Way and was a collaboration involving our Board, a refreshed leadership team, staff and clients. Communication, fairness, flexibility, collaboration – and financial responsibility are among the principles it enshrines, and it identifies three strong core elements for service provision:

In the same vein, he asked staff to help rethink the organisation's values. “We wanted values that mean something to us. They needed to link to the strategy and give people in professional practice a licence to operate in a way that is worth something to the client. They came up with Person Centred; Collaborative; Accountable; Agile; and Commercially Focused. The last of these was a real culture shift, Ron Hooton points out. “To tell people who had been working for a charity for years that we want you to understand where the money comes from, where it is going, and the value the clients are getting from that expenditure was a really big step.” These values represent three levels of commitment, he adds, to the clients, to one another, and the organisation's commitment to its people.

A top down readjustment of corporate culture can take a long time to embed, so Hooton was delighted to find within months signs that the new front line-generated values were being adopted by staff. “We had provided them with a licence that released them from the old shackles,” he says. “Instead of having to do something in a way the client might not quite want just because it was the way we had always done things, staff were able to adjust their action to suit the client. Result - more satisfaction for both clients and staff!”

Staff engagement and culture change needed to be supported by structural change. With 800 staff, communication lines could be long. “We had up to five levels of management: I insisted that there should at no point be more than two tiers between myself and the front line worker,” he emphasises. 128 managers within the organisation came down to 65. “We reshaped the management to create a direct line between the CEO and the front line.” At the same time, he moved to replace 23 local team managers with regional managers, hired for their leadership qualities and adherence to the New Way. “Growing leadership within the organisation is a key element of my strategy.”

Technology in the service of people

Given Ron Hooton's background in technology, it's significant that his first instinct was to address cultural issues rather than tools. Nevertheless he remains acutely aware of the opportunity that technology affords to make the services to clients and the processes within Vision Australia, more effective. “The staff assessed our information systems as very poor, so we provided all the front line service workers with MS Surface Pro computers and mobile phones. And this year we are launching a new app we have developed through SalesForce which will revolutionise their working lives. We are solving the technology issue by building a client-focused system aligned to the goals of the organisation.”

New technologies, including smart phones, have offered people with low vision access to exciting new ways to improve the ways they deal with the challenges of daily life, he says. With the impending appointment of a new Chief Digital and Information Officer (CDIO) he is throwing the full weight of the organisation behind leveraging technology that supports and improves the lives of clients. An example is the increasing use of Telelink conferencing, which provides regular group programmes offering social, peer support, special interest and recreation activities to people who are socially isolated or live some distance from a Vision Australia centre. It offers a group-style conference call connection made by a volunteer who facilitates the discussion or delivers the subject matter via telephone – all from the comfort of their own home.

It also saves Vision Australia a lot of money and time. “We have taken videoconferencing technology and installed it across the organisation,” explains Hooton. “The original goal was to cut travel costs and time but what our staff have done using their mobiles and mobile technology on their laptops is to introduce service delivery across videoconferencing, rather like a telemedicine concept. Staff in Sydney are delivering services in Western Australia!” He cites the example of an occupational therapist who, finding herself in Tamworth, linked up her laptop to her phone and had someone in Sydney teach a seven year old how to manage her iPad. A remarkable piece of intuitive working. “We made it clear to staff that they were welcome to go out there and innovate if it works for clients.”

SalesForce came already optimised for partially sighted users but another big platform implementation currently being undertaken, NetSuite enterprise software, did not. 15 percent of Vision Australia's workforce are themselves blind or have low vision, so the software had to be made accessible – an investment that was justified in two ways. One is that it allowed all the staff to work with the latest enterprise system: the other is that since Vision Australia is a major advocate for employers across Australia to employ disabled workers it needed to demonstrate best practice internally.

This is proving a crucial year for Vision Australia, with two major software implementations under way in support of more and better client engagement. At the same time, it is time to develop a more recognisable consumer brand, attractive to the client community and the wider population in Australia, to reflect the new commercial focus. “We want to be as recognisable as Oxfam or Fred Hollows, and we are very keen to rebuild our brand round stakeholder groups including the people who refer clients to us like ophthalmologists, optometrists and general medical practitioners.”

Looking forward, by 2018 he hopes to refine the product portfolio. “I want to redevelop our service around four pillars: education, employment, independence and social inclusion.” People who are blind or have low vision would probably say that employment is the biggest issue, closely followed by social inclusion in the general community, but education has to come first because it's an essential precursor to the others, he says.

For Ron Hooton, leadership of Vision Australia is an especially fulfilling job. He experienced his own father's and grandfather's loss of sight, and deplores the slowness of the NFP sector to embrace cultural and technological change. “I don't think they have understood the power of data and of information. The potential for organisations to mine information is very significant. So few have any understanding of how to do it and regard CIOs as an expensive luxury. I don't think there is the insight in our sector to deploy the significant change that is needed.” If that is the case, at least Vision Australia can now be a benchmark for other service organisations. 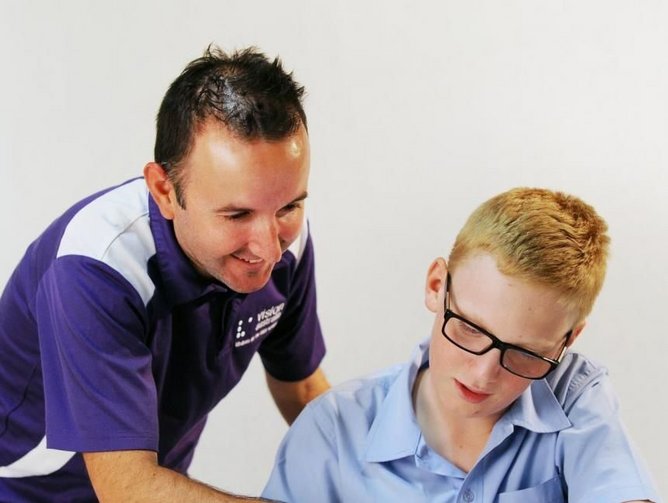 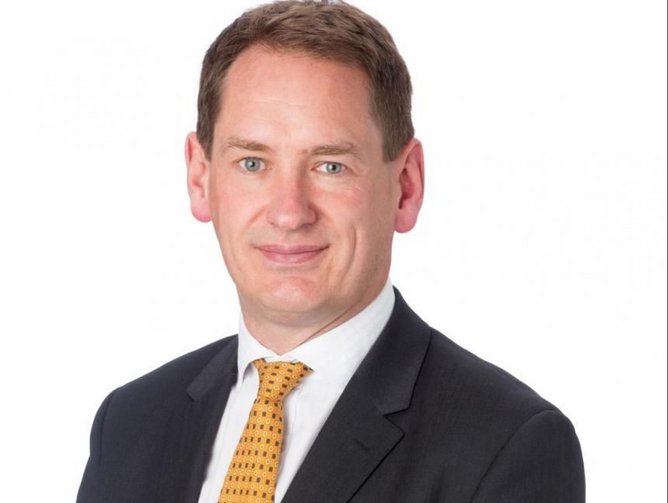 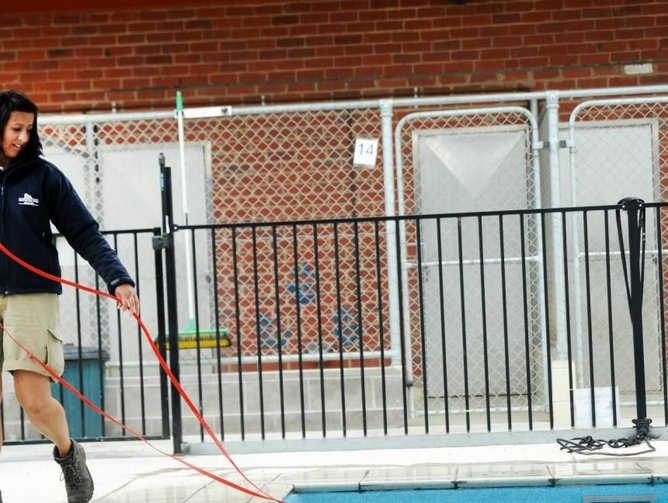 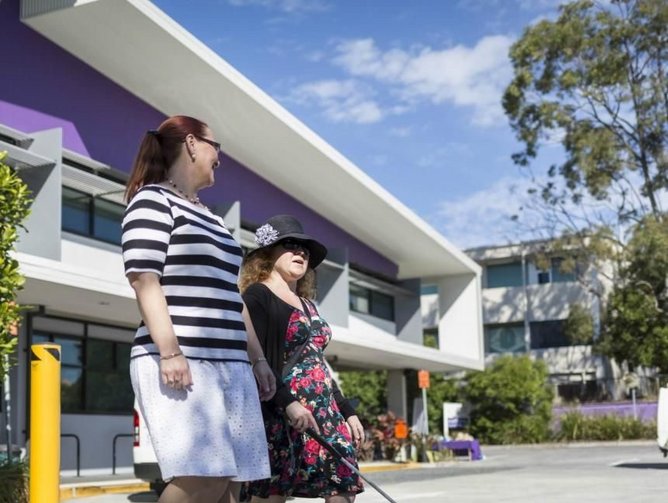 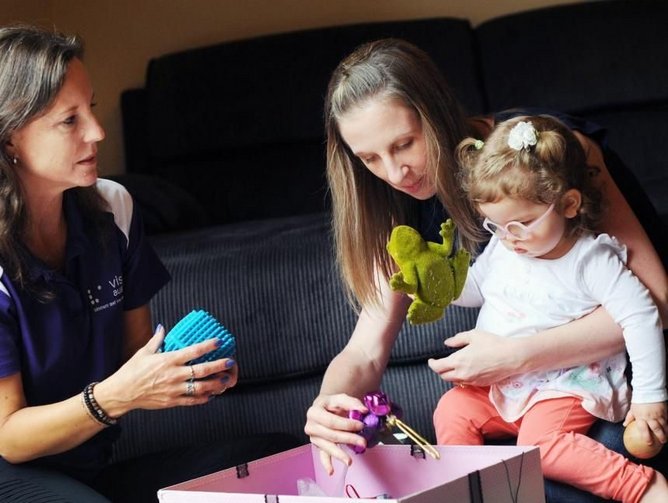