A New Class of Workplace for an Evolving Sydney

In 2013, the average Australian worked 1,676 hours, according to statistics from the Organization for Economic Cooperation and Development.

Countless studies indicate the quality of a workplace plays a major role in not only the job satisfaction of an employee, but their productivity as well, putting property developers in a race to design and construct the next generation of modern workplaces.

In Sydney, there's one project in the works that sets the bar high for other developers: Charter Hall’s 333 George Street building.

Owned and developed by Charter Hall's Core Plus Office Fund, when this building is finished in mid-2016 it will be one of the most modern-looking in the Sydney skyline. Constructed on a relatively small footprint of just 960 square meters, international architects Grimshaw and Crone Partners had to design every floor to utilize the maximum space per unit while not compromising the contemporary aesthetics of the building.

Valued at $250 million, this project will be home to three floors of high-end retail space with prominent street-facing units. Above that, the building is being constructed to accommodate 15 levels of office space with a combined floor space of 12,500 square meters.

Probably the most eye-catching aspects of the project— and what Charter Hall believes will contribute to a strong sense of community among building tenants— are the five levels of cascading rooftop terraces "set within a fully glazed veil tiara overlooking the main thoroughfare of Sydney's business lifestyle epicentre."

"Those rooftop terraces are one of the greatest challenges of this project from a design perspective, but certainly one of the greatest features of the building," said Chris Chapple, head of office and industrial property services at Charter Hall. "They provide not only a response to the design constraints of the building, but also a fantastic opportunity to bring the outside in for the tenants that are going to occupy that space."

Aesthetics are not the only major selling point for the cutting-edge office building: construction company WATPAC has been working hand-in-hand with the architects to deliver a five star Green Star rating.

Awarded by the Green Building Council of Australia (GBCA), the Green Star rating is part of a major push to build more energy efficient buildings moving into the future. Some hallmarks of a Green Star rated building, according to the GBCA, include 66 percent less electrical consumption than other Australian buildings of similar size, 51 percent less potable water usage, and 62 percent fewer greenhouse gas emissions.

As the public becomes more informed on the implications of climate change— and as the legislative future around potential carbon taxes remains undecided— these highly efficient measures become major points of interest for prospective tenants.

"Ultimately, the goal for the fund is to deliver a high-quality, innovative asset with the intention to own the asset on completion," Chapple said. "Making sure that the building is sustainable into the future, not only from an environmental perspective, but from an occupancy perspective, is definitely a strong focus for Charter Hall. We want to ensure that the design is well considered and that it responds to tenants' needs, not only now, but also into the future."

Charter Hall is also looking to target a five star NABERS Energy Rating, indicating "excellent performance". However, unlike the Green Star rating, which is awarded based on the specifications that a building is designed to, NABERS looks at the actual operational performance of a building once it's been brought into service.

"I suppose the project means different things for different people," said Justin McGrath, WATPAC's senior project manager. " From a base building perspective, all the latest technology has been identified and selected in order to achieve the energy ratings that we've been contracted to make."

In the Heart of Sydney

The 333 George Street project finds itself in the company of a great deal of high-end retail and entertainment locations, as well as heritage buildings and other office spaces. While Charter Hall wants the project to cast a large shadow— metaphorically speaking— Chapple explained that the glass construction of the building would eliminate any  overshadowing of other historic sites in the area, as the height and shape of the building has been modeled to conform within the solar access plane parameters

While having a central location in such a thriving, historic environment is a major selling point, it also presents a significant challenge. With substantial traffic— both pedestrians and vehicles— construction efforts have been somewhat complicated.

"We weren't able to get any loading zone on George Street for construction purposes because there's a public bus lane  in front of the project. All our loading and unloading has to be done internally, within the site footprint," McGrath said. "So this adds a complexity during construction to make sure there is access  and out of the site."

As challenging as this was for early— and ongoing— construction efforts, WATPAC's ability to adapt demonstrates another layer of the innovative thinking the project is rife with.

"WATPAC is exceeding the key milestones," Chapple said. "They're working with the relevant authorities and managing their program and interaction with the surrounding properties while continuously reaching their milestones."

And that traffic that complicated the process in the first place? That should soon be mitigated too, with the addition of a light commuter rail that is planned to pass right through George Street. In mid-December, the city of Sydney announced that they'd awarded the contract for the $2.1 billion light rail system to ALTRAC Light Rail consortium, with services expected to commence in early 2019.

George Street certainly doesn't suffer now from a lack of consumers, but the light rail system has the potential to increase that number while decreasing the number of cars on the road. With fewer vehicles coming through, the project shouldn't be plagued by typical congestion woes, such as lack of parking.

With a bevy of selling points, including a unique space age-meets-open-air design, a nearby light rail system, a high customer volume and environmental consideration that should stand the test of time, Charter Hall should have extremely little challenge in finding tenants willing to make pre-commitments.

In fact, though he couldn't disclose who Charter Hall was already in talks with, Chapple seemed to indicate that task was moving right along. 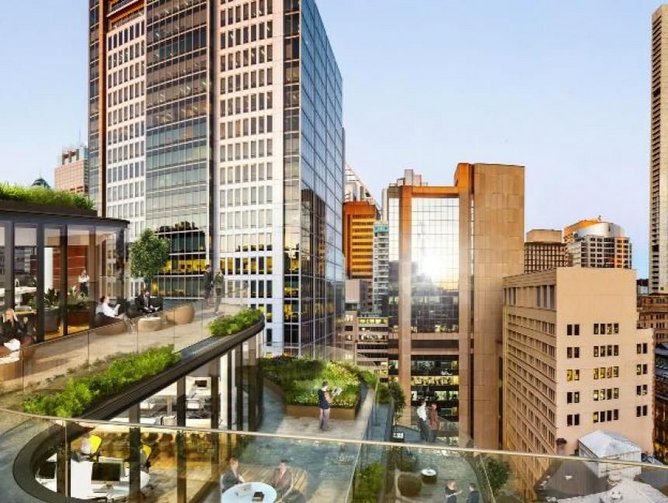 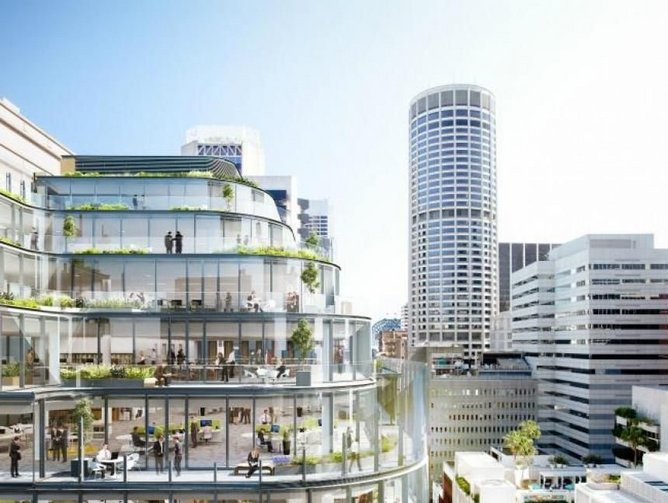 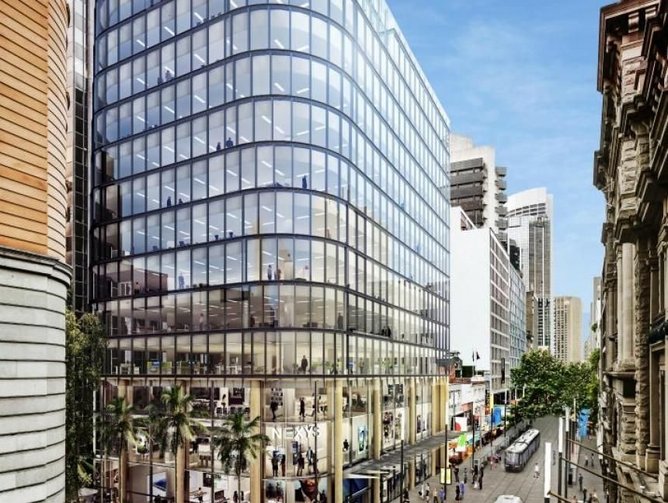 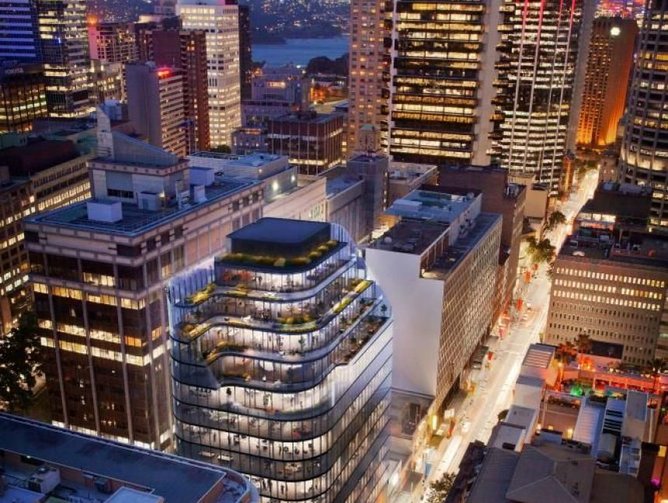