Moving towards a promising future

Its fundamental purpose is to create an environment that will permit the Australasian rail industry to prosper. When issues arise that affect the whole industry, the ARA takes the lead facilitating an industry response.

The ARA is actively involved in the development of rail policy to ensure the industry's views are represented.

As well as shaping policy in the areas of passenger, freight, rail safety regulatory reform, the environment, technology and research, the ARA is also involved in programs aimed at improving the productivity, capacity and overall safety of the Australasian rail industry.

Over the past busy year, the ARA has continued to advocate strongly on behalf of its membership to ensure greater prosperity of the rail industry throughout the region and to keep rail on the political agenda.

Through the collaboration and willingness to share knowledge and ideas, members in ARA’s Committees and Working Groups are making a real, tangible difference in the rail industry, influencing and contributing to new initiatives, industry benchmarking and key decisions that impact the entire industry.

In 2013, Australian railways carried over 1 billion tonnes of freight, with freight movements on rail increasing by 57 per cent over the past five years. The national freight task is predicted to almost triple by 2050, driven substantially by the resources boom and the export task of moving iron ore and coal to ports.

If Australia is expected to meet this growing freight challenge, Rail will need to have an increasingly important role to play in this space.

The ARA works closely with state and federal Governments regarding a range of freight related issues. The number one priority is to get more freight on rail and to advocate strongly to governments at all jurisdictions to take measures for this to occur.

The ARA continues to advocate key freight projects such as the Inland Rail. This nation building project will address the existing road and rail imbalance by opening up the Melbourne to Brisbane network, taking seven hours off transit between the two cities; removing thousands of trucks from major highways, easing the Sydney bottleneck; and boosting regional development along the entire 1,700km route.

The ARA wants certainty on the future of the project through a clear and significant funding commitment across the Forward Estimates from the 2016/17 Budget. Clear timeframes and a strong commitment of the existing $300 million toward detailed planning, land acquisition, community consultation and exploration of regional freight rail links is required.

Passenger rail in Australia is going through a renaissance, moving more than 850 million people each year. This is equal to 16.4 million passenger trips per week or 2.3 million people travelling by train every day of the year.

With populations in cities like Melbourne and Sydney expected to grow to over 8 million by 2050, urban heavy and light rail are going to play a key role in preventing increased congestion that would otherwise cripple our cities and inner suburban areas.

The ARA over the past year has been strongly advocating for greater infrastructure investment to go into public transport, in particular heavy urban and light rail. The ARA is encouraging the Federal Government to support the States in meeting the increasing passenger rail infrastructure needs of our cities, through the co-funding of light and heavy passenger rail projects, such as the Melbourne Metro Rail and Brisbane Cross River Tunnel. The future productivity and liveability of our cities depends on investment in an integrated transport system linking our railways, cities and ports to help move growing numbers of people and goods across Australian cities.

Skilled jobs for the future

Rail manufacturing and supporting infrastructure generate annual revenue exceeding $4.2 billion. Across Australia, there are approximately 330 manufacturing firms with more than 150 years of rail design and manufacturing capability. Rail suppliers are mostly small to medium enterprises (SMEs), 85 per cent of which are Australian owned.

Australia’s geography and geology lends itself to requiring world class rail capability, one that is economically efficient and environmentally friendly and that improves urban amenity. Today, the Australian rail industry can demonstrate world’s best practices in terms of design, innovative technologies, signalling, and the infrastructure that underpins it. It is important that Australia continues to leverage this competitive advantage and become a leader in the global market.

There is still much room for improvement in terms of efficiency and effectiveness of freight haulage and increasing passenger patronage onto rail modes of public transport. Both government and industry should be motivated to increase the industry’s growth and productivity as the economic benefits are significant.

Government is central to the competitiveness equation, being a major customer and influencer of the rail industry.

Rail suppliers, manufacturers and contractors need support from the Federal Government through programs that help to foster innovation and job creation in our local rail sector and assist with forming alliances, partnerships, joint ventures and the like.

United for the future.

The ARA is seeking to further strengthen rail’s position as a leading passenger and freight transport mode of choice and convey to government and key stakeholders the critical role rail plays in the regions transport infrastructure.

Rail is crucial to Australia’s economy, and its whole productivity. Over the years, rail has united to pursue common agendas, identify areas of mutual interest, develop trust and collaborate to increase productivity, efficiency, safety and most importantly reduce costs.

The key to achieving greater government involvement and investment in rail relies on this industry unity; coming together as one voice.

This collaboration will be highlighted at the ARA’s national conference AusRAIL PLUS, being held in Melbourne 24-26 November 2015. AusRAIL PLUS is the largest rail conference held in the southern hemisphere, with thousands of delegates and hundreds of exhibitors coming together to hear from key leaders in rail from across Australia and the globe.

The theme this year is ‘Doing it smarter: People. Power. Performance.” This exciting event provides a unique opportunity for people to come together to learn from each other, network and convey to government the industry’s key priorities. The exhibition showcases new technologies, new ways to be doing things and innovative ideas, which again draws back on the core theme of ‘Doing it Smarter’ through greater productivity, better operations and increased efficiencies.

To become part of this united effort and gain access to the ARA’s network, knowledge and influence join the ARA membership. Full details and contact information can be found at www.ara.net.au. If your company works in rail you really should be part of the conversation. 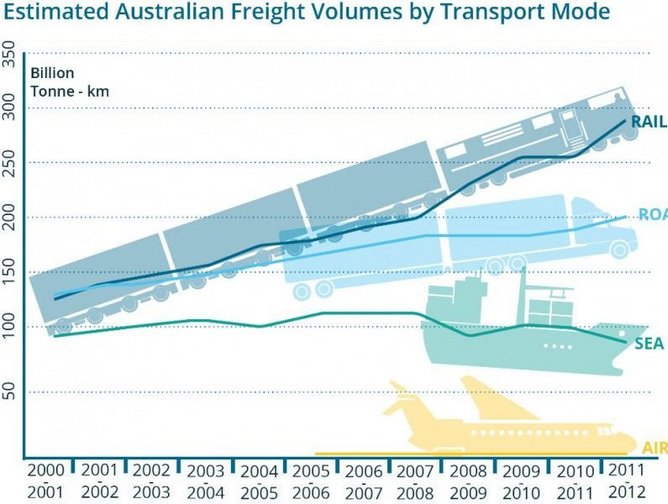 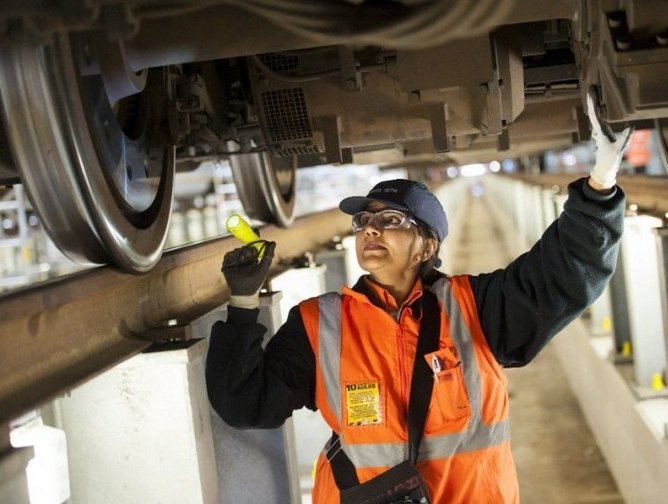 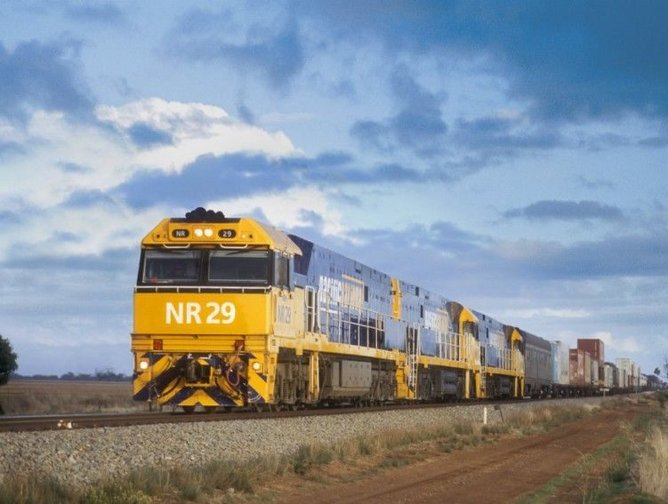 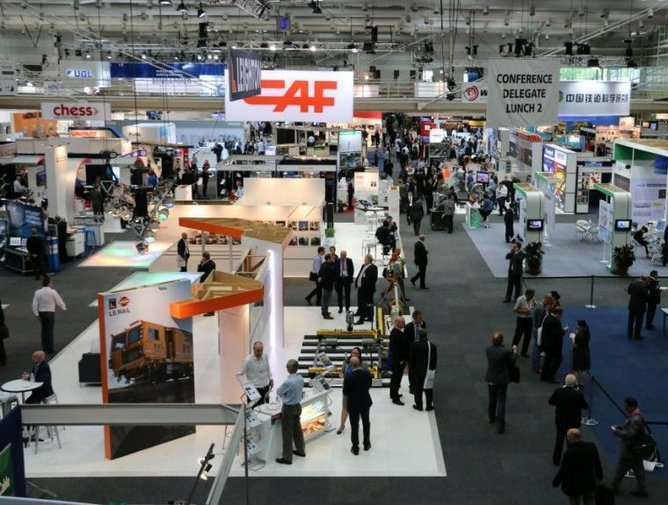 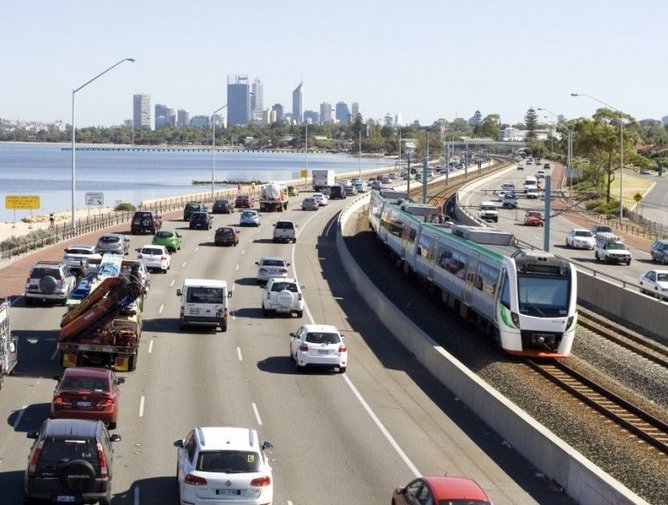