Melbourne Water manages $14bn in assets that span the entire water cycle – from waterways and wetlands, drainage and flood management to water supply and sewerage assets – it is a unique model compared to most other major cities across Australia. It relies on strong collaboration with Melbourne Water’s retailer water sector (for water and sewerage services) and 38 councils (for stormwater management). Melbourne Water looks after all major infrastructure, dams, pipelines and treatment plants on the supply side, and also manages the major treatment works on the sewerage side and the sewerage network down to aproximately 300mm pipes.

“We then interface with a number of retailers across the Melbourne metropolitan region,” explains Eamonn Kelly, General Manager of Major Program Delivery at Melbourne Water. “Southeast Water, City West Water, Yarra Valley Water and Western Water deal with all the individual, residential, and commercial customers.” Melbourne Water also acts as a custodian of protected catchments of natural parkland waterways. “We manage the closed catchments that supply the bulk of Melbourne’s drinking water,” confirms Kelly. In total, we are responsible for the health of around 25,000km of waterways across the greater Melbourne Region.

Across all of its operations, Melbourne Water’s commitment to safety is paramount. But, in 2015 – when Kelly returned – the business was struggling to deliver its forecast capital works program. More importantly two of the biggest tier-one contractors in the country – CPB Contractors and John Holland Group (JHG) – were running the highest total recordable injury frequency rates in their state-wide business units under the Melbourne Water Framework.

Melbourne Water’s response was swift and decisive. Kelly spoke with senior leaders at CPB and JHG about what was driving these behaviours and how to fix the problem. “We weren’t just pointing a finger at the contractor to improve safety performance,” explains Kelly. “We wanted feedback to learn what it was about our framework that was causing this.” A number of interventions were designed to fix issues when Kelly’s team discovered that the commercial model in place was driving tier one contractors towards a heavily subcontracted model. “We were seeing a highly transient workforce across all of our projects, with three or four levels of subcontractors on some of our worksites. Basically, you never knew what you were going to get on-site in terms of people turning up with the right behaviours and mindset in such a high-risk environment.”

Melbourne Water set about changing that, which led to retendering the framework in 2017 – with a view to reducing subcontracting levels to nominated, like-minded companies while keeping trusted consortia like the JHG-KBR joint venture and Downer/Abergeldie/Stantec (SFP) to deliver the bulk of the framework. “We also switched to a self-perform model on the lower end of our capital delivery framework for projects below $2mn. We targeted smaller contractors with the means to self-perform to come together. AquaMetro Services started off delivering around $25m in its first year. Last year, it delivered $33mn of total work for us. In the first two years we didn't have one recordable injury, predominantly due to the fact they started small, handpicking the people that they would use to self-perform on their jobs. Get good people on your work sites, build a level of trust and capability in their safety performance, and the rest will look after itself. We're seeing that, even in our major framework. Our safety performance indicators came down from levels up around 15 and now they're at two to three. There's still room to improve, but we're in a better place than we were three years ago.”

Recent interventions to improve safety protocols have included staging a mock incident, followed up with court scenarios featuring professional police prosecutors to further educate staff on what’s expected at Melbourne Water. “We role-played what a good pre-start meeting should look like,” adds Kelly. “This gave staff a clear understanding of expected safety behaviours. It was a very powerful message for our supervisors on-site, so, with their help, we’re keen to continue that process with our construction workers.”

Melbourne Water is planning further initiatives like these to promote a truly generative safety culture rather than simply focus on the stats. “We can learn from others, they can learn from us,” says Kelly. “We need to continue the conversation; that's how I think we can get better as an industry in this safety space, with a collaborative approach.” “We’ve had to develop trust around the safety leadership table to allow open and frank two-way feedback. Contractors and consultants are always happy to receive feedback from the client, but don't like biting the hand that feeds in fearing the client could take their feedback negatively. One of the phrases we coined was that all feedback is a gift – positive or negative, it’s a learning opportunity.”

Delcon Civil (now under the JHG consortia) has worked with Melbourne Water for the past 15 years, sharing the same expectations around safety. “We push each other to achieve zero harm and produce quality projects that are second to none,” says Director David Harry. “Our team is accustomed to the diversity that Melbourne Water projects bring along with the collaborative and inclusive partnership we all feel is a recipe for success.” Quality Site Welding work under the Safety Focused Performance consortia, and its General Manager Bruce Kerr echoes that positivity. “I’m not aware of many clients that constantly drive communication in the safety space like Melbourne Water,” he says. “It feels inclusive, they want to work with all of their contractors so everyone can buy into the culture.” It’s an ethos that has been recognised with a WorkSafe award for safety leadership in 2018, while Melbourne Water has been shortlisted once again for 2019.

Kelly believes the key to engaging the workforce lies in developing relationships, and by employing authentic safety leadership in every site interaction. “You can't do that at one forum with 300 people in a room, you have to get out and about. It’s not about documentation and apportioning blame. We're always getting new people on-site so you can never take your eye off the ball. You have to talk to people, be visible on site and be seen to be taking their safety seriously.”

Through its commitment to social procurement, Melbourne Water is also facilitating a number of initiatives aligned with the Victorian Governments Local Jobs First policy. One of these was started within John Holland Group. The Pathways Program began in response to Victoria’s infrastructure boom by exploring different avenues for talent recruitment. “Migrant professionals were a relatively untapped resource,” recalls Kelly. “JHG formed a partnership with Jesuit Social Services – a not-for-profit social services organisation supporting the migrant workforce coming to Australia. They used their network to advertise for project engineers and construction engineers of all disciplines on a 12-month program. Their experience with 21 new team members was extremely positive, so we’ve just kicked off our first cohort of eight Pathways participants. Some of them had been applying for jobs as civil engineers for over three years and never got to interview. The fact they were still applying shows a level of resilience and tenacity. The energy and passion they now bring into the business is just incredible.”

Another progressive social procurement initiative is focused on lifting the level of indigenous participation within the construction industry. “We just don't see enough indigenous workers in the mainstream workforce. “We’re trying to promote new pathways with the help of Aqua Metro Services who are championing the creation of a 100% indigenous subcontractor. We will assist with training and mentoring to enhance their capabilities so they can start their own business and operate as an independent contractor. This will provide a safer, more trusting environment to bring young indigenous graduates through the system, and – as part of our long-term initiative – hopefully put them through college to give them a future in their chosen discipline within the construction industry, whether that's civil, electrical or mechanical.”

Aqua Metro Services’ Director, Marcus Wade, believes every organisation, regardless of scale, has the power to make a difference to the world around it. “Social responsibility is integrated into our business model,” he says. “To us, it means fulfilling our duties and responsibility towards society, especially the Traditional Owners of our Country. We are deeply invested in the financial success and economic independence of indigenous Australians.”

Melbourne Water has incorporated a number of social procurement KPIs into its new framework agreements. “The more entities that are actually driving in the same direction, the more successful we’re going to be,” says Kelly. “Our contractors realise they also need to contribute. It’s proven now that the more diverse your workforce, the more successful you’re going to be; and the more we reflect the make-up of our communities, the more we can connect with them.”

Looking to the future, the JHG-KBR joint venture and the Safety Focused Performance consortia (made up of Downer, Abergeldie and Stantec) will compete for the bulk of Melbourne Water’s capital works program (approximately $200m/annum). “The model's interesting because it's a highly collaborative model within a competitive framework,” explains Kelly. “Therefore, in the safety and social procurement spaces, you get both consortia working together and sharing ideas because it helps them attain their KPIs with us. That's what we've nurtured with them, and they realise that success for the two consortia is very much dependent on the success of their competitor, because if one of the consortia starts outstripping the other, the whole model fails, and we'll be back out to market. We're looking for continuous improvement through direct competition, but there's a lot of collaboration that works across and underpins that.”

Kelly is proud of the initiative’s fostering a high level of trust within the framework. He’s keen to develop long-term partnerships like these to be able to meet the needs of Melbourne Water within the current “overheated” infrastructure boom. “We don’t want to lose their input because, when we get it right, it becomes an effective self-fulfilling model; one founded on keeping those contractors and subcontractors with an amount of work that makes their business sustainable.” It’s a major reason why the future looks bright for Melbourne Water, pledges Kelly: “When you build a passion in people that makes them want to come to work, and you look after their wellbeing, they will repay you in spades and your projects will be all the better for it.” 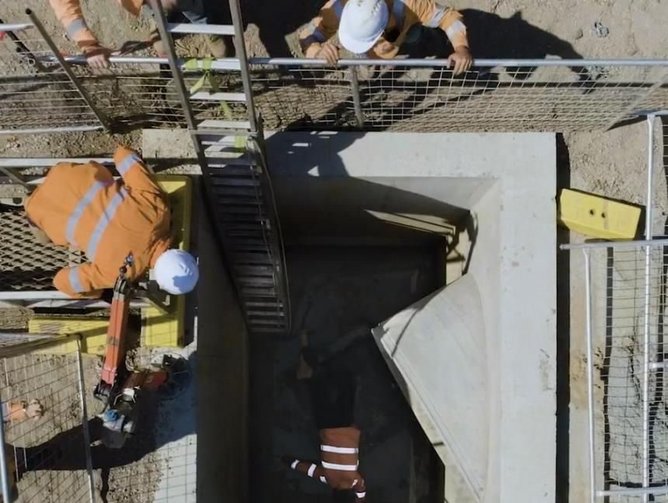 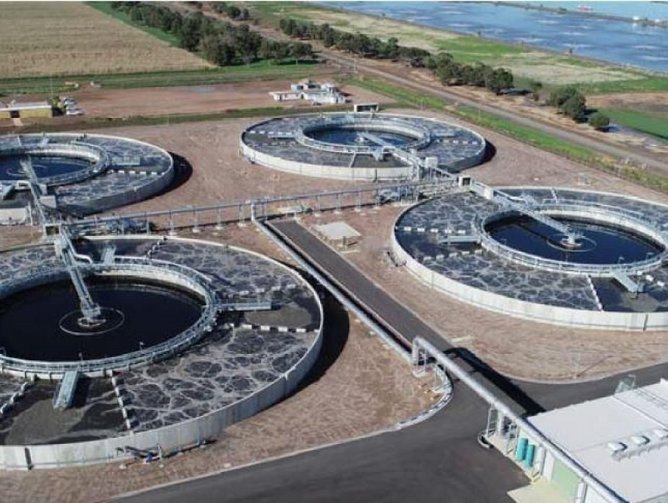 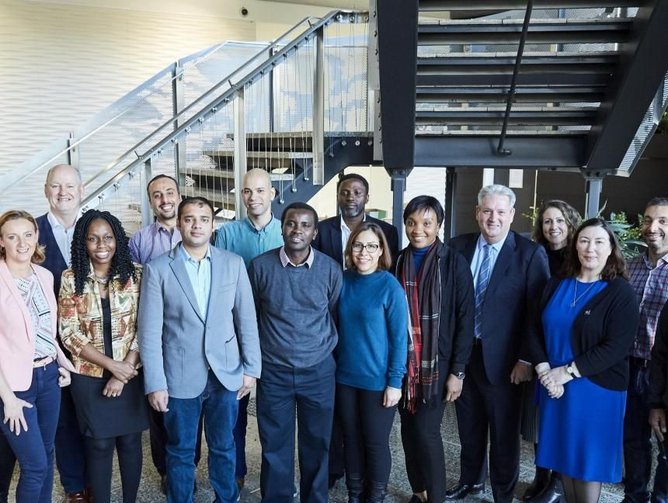 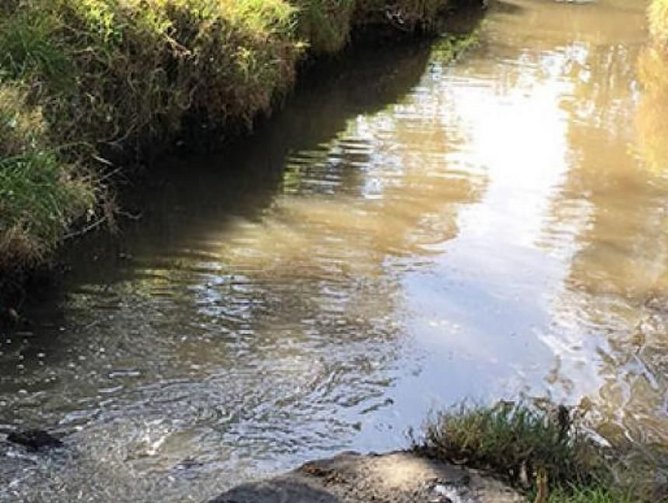