Kuala Lumpur is a developing country with a population of 1.6 million people. Like any other developed countries, a good transportation system with great accessibility, is vital for the economy’s growth and to improve the quality of life. Especially in highly dense urban areas, road users will be spending hours in their vehicles just to get around. Mass Rapid Transit Corporation Sdn Bhd (MRT Corp) has been given the responsibility to build the first MRT line for the convenience of the people in Klang Valley.

The MRT Sungai Buloh-Kajang Line was approved by the Government of Malaysia in December 2010. Eight months later, the construction of the line was launched by the Prime Minister of Malaysia Dato’ Sri Mohd Najib Tun Abdul Razak on 8 July 2011.

The MRT line was initially proposed by a private sector consortium in early 2010. An extensive feasibility study was done by the Government resulting in a finding that building of the MRT line is necessary to improve the traffic situation faced by thousands of road users daily.

This resulted in the MRT Sungai Buloh-Kajang alignment by SPAD as part of the Greater Kuala Lumpur/Klang Valley Land Public Transport Master plan. A 51km long alignment was finalized. Of which, 9.5km long of the alignment will be underground.

The MRT Sungai Buloh-Kajang Line will be integrated with existing rail lines, namely the KTM Komuter, Monorail, LRT and KLIA express. This will then create a whole network of urban rail capable of transporting commuters in Klang Valley.

The line will start from Sungai Buloh, which is the north west side of Kuala Lumpur and will run through the city centre and ends in Kajang. It is expected to serve a corridor of 1.2 million people with 400, 000 of daily passengers ridership.

In total there will be 31 stations for this MRT line of which seven stations will be underground. Indeed, constructing the alignment in these well-developed areas is a great challenge. Therefore, underground stations are the best solutions to avoid causing traffic congestion in the city centre areas such as in Bukit Bintang and Pasar Seni. Underground stations are also chosen for areas with limited space.

As of April 2014 the overall completion of the construction is at 43.49%, with 32.89% completion for elevated section and 59.41% underground works. It is on track to start service in December 2016 from Sungai Buloh to Semantan (Phase 1). Phase 2 (full service to Kajang) will be operational nbsp;by July 2017.

In future the Government is planning on implementing two more lines for better rail integration and greater accessibility. Currently, feasibility studies are being carried out to determine the best possible alignment for these future lines. This is in line with the target of increasing public transportation modal to 50% when operational.

In terms of rolling stock, the “Guiding Light” is the chosen design for the MRT Project. Designed by DesignworksUSA, a subsidiary of the BMW Group, the trains are supplied by Siemens AG. The design of the train was derived by the rich cultural influences of Malaysia, particularly its architectural icons.

In total there are 58 driverless train sets that will be operating along for MRT Sungai Buloh-Kajang Line. During peak hours a train will run every 3.5 minutes, which means 17 trains will be running every hour. The average traveling time for the train is 30 minutes from both ends to KL Sentral. 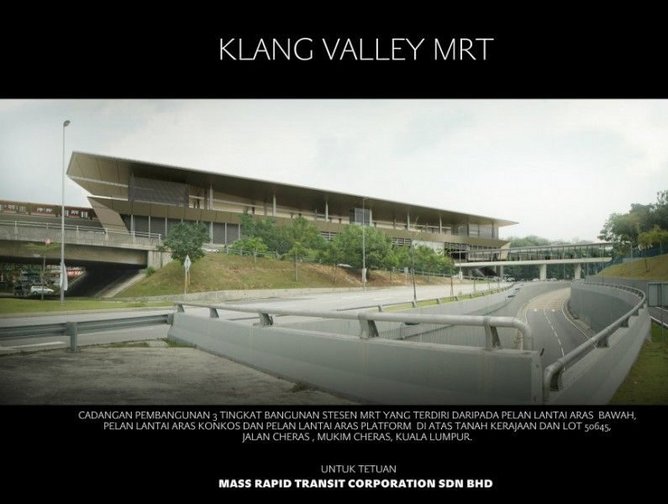