Maritime Constructions: Riding out the storm

It’s been a rough couple of years for Australian construction contractors, but a market leader in marine infrastructure services, Maritime Constructions, has ridden the storm.

Thanks to a few tweaks such as branching out overseas, cutting costs and becoming a major EPC (engineering, procurement and construction) contractor, the award-winning Port Adelaide-based business is booming.

Its main divisions are Maritime Constructions, which does major projects, Dredging and Port Development, and Harbours and Marine making up the Maritime group.

Major projects in the pipeline include building the Onslow Marine Support Base (OMSB) at Beadon Creek in Western Australia, a long-term EPC contract with Kangaroo Island Plantation Timbers (KIPT) to develop a bulk load-out facility, and dredging the mouth of the Murray River.

“We’re coming out of a big recession as far as South and Western Australia are concerned,” says GM – Western Region, Imran Lambay. “The last 24 months have been pretty bad for contractors and the fact we’re still here is testimony to us reacting to the market conditions. We adjusted across the business to and ride out the storm.”

As part of the consolidation initiatives, the fabrication workshop was closed and the business – which operates in South Australia, Western Australia, and Northern Territory – also began to look overseas.

The company recently installed three new sewerage ocean outfalls as part of an on-going water treatment project in the Pacific Ocean island of Kiribati for its government’s Public Works and Utilities Department.

“Given what's happened in the last 18 months in Australia, we decided to expand out of the country,” Lambay adds. “And we certainly see the Pacific region as a new emerging market.”

The business is particularly targeting jobs that are funded by the Asian Development Bank (ADB) that’s spending a lot of money in the area.

“There's dredging to be done, sea walls to be built, sewage treatment plants to be done for world health reasons, and we’re tendering for everything we can there,” he adds, explaining that 99% of jobs come by open tender.

“We have to be pre-qualified and meet certain qualifications in terms of turnover, in terms of experience and our ability to actually do the job. ADB is very strict about this.

“If we win the tender, we’re then handed over to the local government to execute the jobs.”

Thanks to the Kiribati project and an onslaught of new long and short-term projects, the last year has been much more fruitful that previous 12 months, netting an annual turnover has increased considerably.

“We’ve had a lot of tenders coming up from government,” adds Lambay, “and fairly major projects, like KIPT and OMSB, but at the same time our bread and butter contracts, like with the Department of Transport in South Australia, have kicked off.

“We have long-term dredging contracts, and long-term construction contracts with the SA State Government maintaining jetties and harbours. Thankfully the last 12 months – the last six months especially – have been fantastic.

Lambay says that in his nine years with Maritime Constructions, which currently has about 105 staff, he’s proud of being a part of taking the company to the next level – of being an engineering contractor.

“What we've now achieved is selling ourselves as an EPC contractor,” he smiles. “We bring smarts to the job – we’re not just there to pour concrete or tighten a bolt.

“We want to design the job, do the drawings, and provide the client with a turnkey solution and tell them what the design needs to be to last its lifetime, or to cope with the weather patterns and condition of a particular site.”

Maritime Constructions is one of the few companies to attain a Class 1 Demolition Licence from SafeWork WA (Department of Mines, Industry Regulation and Safety) to undertake demolition activities in Western Australia.

This allows it to deconstruct, refurbish and demolish any marine infrastructure, including jetties and wharves. It’s also one of the only contractors to do both dredging and construction, like at the marine support base at Onslow. The project consists of a 200m wharf, a 36m wide landing craft ramp and a 700-ton heavy lift crane pad for servicing the offshore oil and gas industry.

“That job required a lot of dredging and construction,” explains Lambay. “That's what sets us apart, along with the fact we self-perform most of our work.

The Kangaroo Island Plantation Timbers (KIPT) project at Smith Bay is also a key long-term EPC project for the company – and the island, as its multimillion dollar  wharf will be used to export logs to the world market.

Now that the business has weathered the storm, Imran says the biggest challenge is keeping skilled staff in the marine world, claiming: “If there aren’t any interesting projects, workers gravitate away to find something more interesting.”

Workers battle their fair share of challenging environmental conditions, like the tropical monsoon conditions experienced at Wyndham when the company was building the Anthon Landing Jetty and Berthing Pontoon.

The same project had workers constantly battling significant 9m tides and strong currents and. in spite of these challenges, the professionalism of the workers meant that this jetty project won the 2012 WA Engineering Excellence Award for Engineering in a Regional Community.

“One of the exciting things that attracts labourers and skilled people to Maritime Constructions,” Lambay confides, “is that all our jobs are so different, in so many different areas.

“And we remain a very family-oriented company, with a management style that’s very inclusive, so when we’re bidding for a project, it's not uncommon for everyone to be involved with helping us bid or plan it.

“Everybody within the company is accessible, and everybody has a say.” 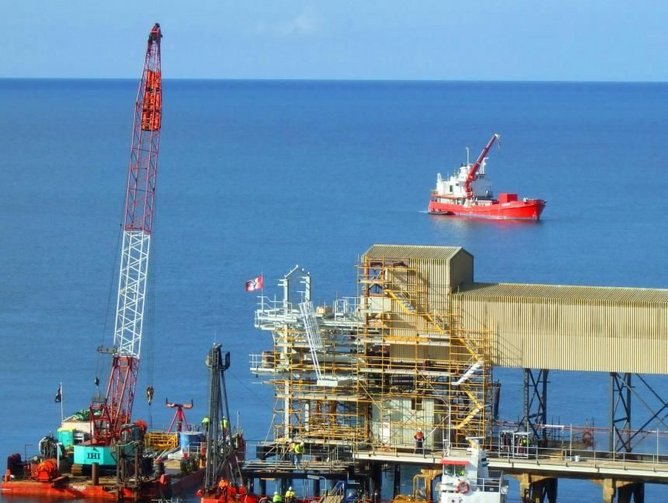 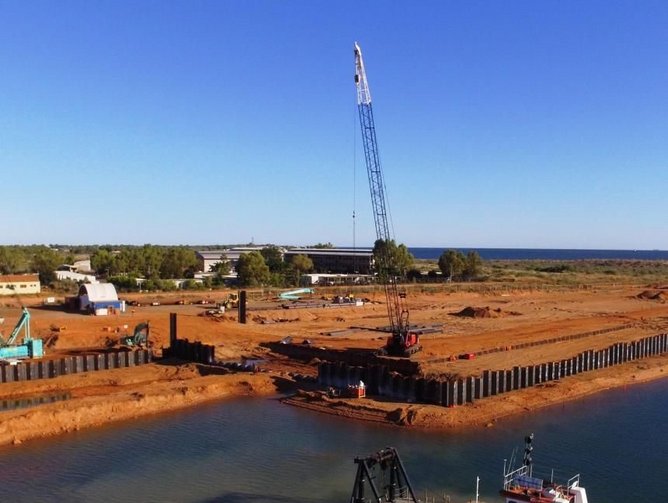 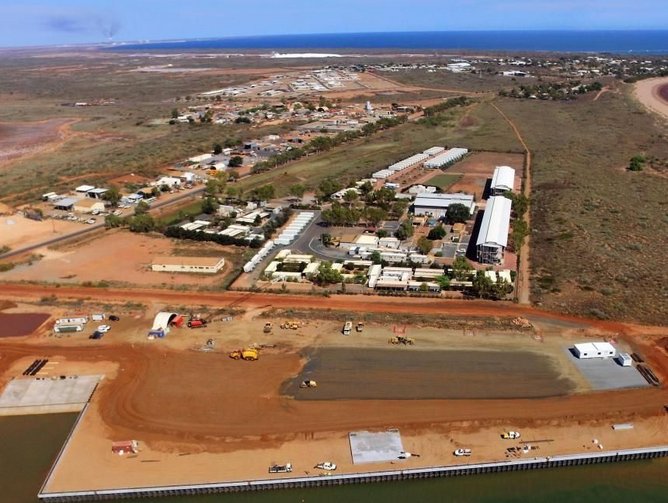