Making moves for its customers

Sydney Trains provides train services throughout the Sydney CBD and metropolitan area, transporting about a million customers each weekday and over 300 million people annually.

As a result, Sydney Trains has altered its philosophy to making the customer the top priority.

Customers at the centre

Sydney Trains make the customer the centre of everything it does, by delivering the best possible service to the people.

“In the past, our procurement revolved around stakeholders. Now, we’re moving to a much more customer-centric model,” said Sydney Trains chief procurement officer Mike Blanchard.

“Delivery is based around a customer charter. We’re saying -  this is our promise to you as an internal service provider, and this is what we need from you to help us do our job in the best possible way, and therefore give you the outcomes that you want.”

Sydney Trains has been an excellent example of procurement delivery through best in class policy and governance processes. In fact, the company has NSW Government’s highest accreditation for procurement, and was the first organisation in Australasia to get corporate certification from the Chartered Institute of Procurement and Supply (CIPS), a United Kingdom-based organisation that deals with training and accreditation.

A current initiative, Project LEAP, is all about moving from being one of the top organisations in procurement policy practice to moving toward leveraging early engagement for accelerated outcomes through the delivery of procurement best practice.

This project moves to a more customer-centric model, and fits with Sydney Trains’ overall end-customer model to deliver the best customer service.

“In the end, we’re only as good as the service we deliver to our customers,” said Blanchard. “Project LEAP is centred on getting feedback from customers through workshops and face-to-face interviews and then delivering the improvements to make it easy to do the right thing.”

“Value for money doesn’t necessarily mean the cheapest, but the best overall value for the outcome required,” he added.

Early bird gets the worm

As chief procurement officer, Blanchard is responsible for ensuring all of the spending is done within government guidelines. This is in addition to meeting a larger ethical demand of social stewardship, to ensure the money provided is delivered in the most effective way through third-party contractors.

According to Blanchard, the key to successful procurement is early engagement.

“Poor planning promotes poor performance,” said Blanchard. “If you don’t get the planning right, everything else will potentially cause issues to the engagement with a third-party supplier. If you react and do things on a short-term lifecycle because of the pressure of delivery timelines, then you’re not necessarily going to make the best long-term decisions.”

Although most companies prefer doing work with the government because of its legislation and policy to make sure it pays on time, there are still obstacles to vendor engagement for Sydney Trains.

A big challenge that many businesses face is the funding cycle for major projects. Sydney Trains gets financial approval at the beginning of each financial year; this can at times put some pressure on the ability to engage the market.

“Under NSW government guidelines, engaging the market without funding is not permitted,” said Blanchard. “To overcome this for frequently used goods and services, we put panels in place, as traditional open market engagement is time consuming and labour intensive. This way, we can react much more quickly to the business demands.”

Even so, organising these panels is not always easy to do, Blanchard points out. He doesn’t use the term supplier-relationship management process, which he views as an overused term, but instead supplier-development management (SDM).

“To break down potential barriers, you give the branding of that role a different name,” Blanchard said. “You must look at the overall relationship like it’s an umbrella over all the interactions, and not just the contractual relationship engagements with key suppliers.”

Blanchard said that supplier-enabled innovation is something that will increase through the delivery of a successful SDM programme.

Also a successful long-time rugby coach, Blanchard applies many of the same leadership skills to his management philosophies. Blanchard describes himself as a builder of high-performing teams, something he has done since the age of 24.

He believes building the best company is based upon getting the basics right, such as receiving the highest accreditation, setting a global benchmark, and then building and developing a team based on competency while delivering on performance promises.

Blanchard has always had three mottos within a team: Make a lot of decisions, because the more you make, the better you get at making them; always employ people better than you, because it makes your job easier; and finally, don’t let ego get in the way.

“If you have all of those three mindsets, and you treat people they way you want to be treated yourself, you’ll find that is what authentic leadership is all about,” said Blanchard.

Within the supplier development management program, Sydney Trains has an innovation improvement tracker. Blanchard has been searching for ways to filter, capture and commercialise innovation in a public sector agency, and this tracker is one element of enabling this.

“The overall system we are looking at adopting provides an end-to-end process that will allow the company to follow through on both employee, as well as supplier initiated ideas for innovation,” said Blanchard.

Additionally, Sydney Trains has worked with the customer environment division to create the Click & Collect platform, where users can order groceries online for pick up at their final railway station destination.

Retail giant Woolworths is the partner for the first trial of the program, with plans to convert the contract to long-term if all testing goes well. Once the trial is completed and evaluated, Sydney Trains will explore the possibility of rolling out the initiative on a permanent basis.

“They’ve designed lockers that have frozen cabinets and cold drawers so you can literally head home at night and pick your goods up,” said Blanchard. “So that’s quite a big innovation.”

In the future, Sydney Metro will use the first driverless trains in Australia to deliver services. The fleet of trains will be fitted with new technology to provide automated train control and will integrate with the signalling systems, in order to move toward a much safer environment with trains running closely together. Current signalling systems all operate slightly differently, which puts limitations on how closely trains can run together.

“The system will allow you to move to more frequent, ‘step up and go’ metro type services rather than having to use timetables to know when you can catch your train,” Blanchard said.  At the same time, Sydney Trains will be upgrading its network to integrate seamlessly with the new metro operation.

It’s all part of Sydney Trains’ plan to serve its customers better. 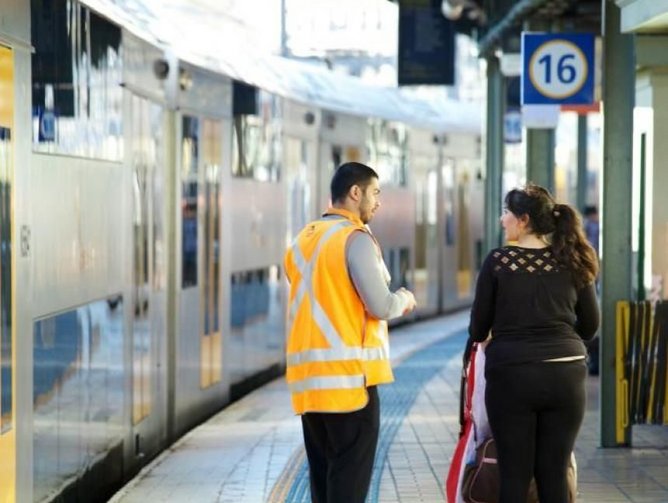 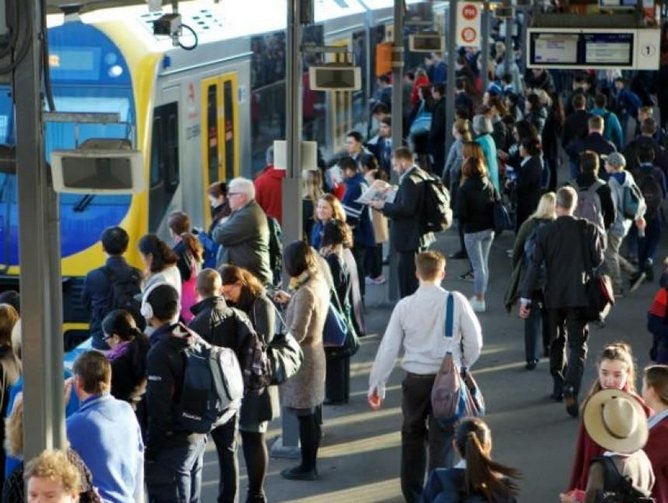 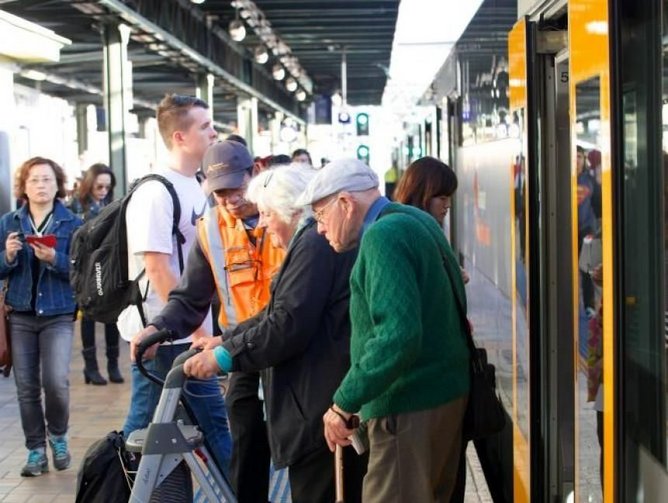 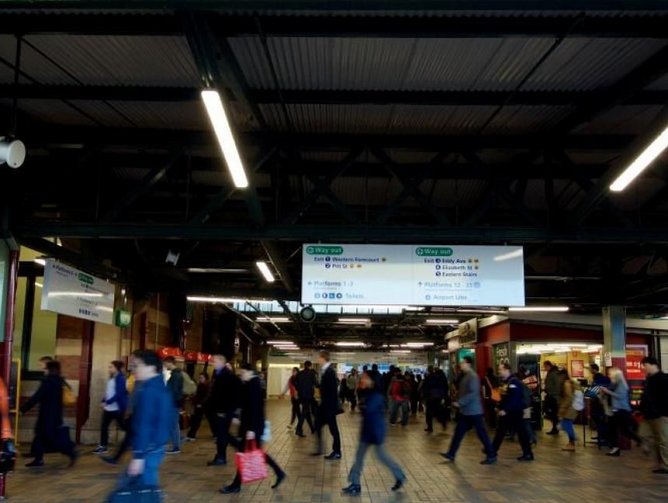 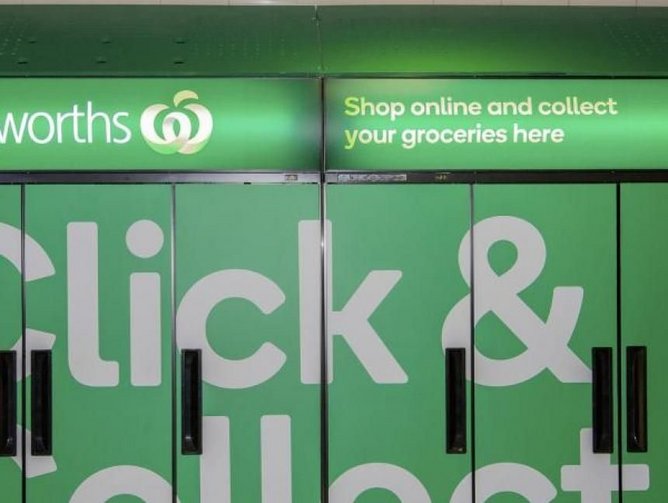