MACA among the macaws

MACA are industry leaders throughout Australia known as a competent and established contractor specialising in earthmoving, civil work and specialised crushing and screening work for mining projects. It is widely acknowledged that the mining industry is having a hard time, particularly the Western Australian iron ore sector. Projects are running at capacity to get as much upside from volumes as possible, but long term prospects remain gloomy.

MACA's management, noting current mining market trends, diversified at the time of the global financial crisis, diversifying across commodities through gold, nickel, iron ore and diamond projects in Western Australia. Its most timely and visionary action was to look abroad; in 2013, it sent a team to Brazil to explore opportunities in the country's vibrant mining economy.

“Our systems and structure weren’t in place to venture abroad,” said Mitch Wallace, General Manager for MACA Brazil Operations, “but we looked closely at the Tucano project for Beadell Resources, an Australian company that had a gold project up in Amapá State in the northern region of Brazil. The following year we came over to Brazil in earnest and, in November started our first project for Beadell, which was to provide mining services through management and plant rental for Beadell at its Tucano project.”

Tucano is an established gold mine that has been producing for Beadell since 2012, and from it, Beadell produced more than 122,000 ounces in 2015. It is a huge project, covering 2,500 square kilometers that hold reserves of 5 million ounces and with expansions highly likely. Convinced that they could make a difference, the MACA team injected capital into the project and set about doing the work they know best.

Though they are on the same latitude, Brazil and Western Australia are very different environments. The most apparent difference is the weather: very rarely is a WA project held up by rain, whereas North of the Amazon River, annual rainfall is measured in meters as opposed to millimeters, most of it falling between January and May. Generally, service providers simply shut down during these months, but MACA understands that the primary goal of every miner in the world is to move ore, and that for every ton of ore delivered to the stockpile results in seven or eight tons of waste matter that has to be shifted. “It was hard getting things moving last year,” said Wallace. “One truck with a flat tire sat submerged in mud up to its front bumper for eight weeks. Our focus was to safely establish haul roads and operating systems so we could operate through the wet season.”

With Tucano well under way, MACA started its second Brazil contract in November 2015: a five-year deal to support Avanco Resources at its Antas project in the state of Pará. This is a high grade – better than three percent – copper project with gold credits. MACA currently has 75 direct employees on site engaged in mining services, plant management and drill and blast activities. At present, this is a surface mine, but MACA plans to diversify in underground mining services and hopefully continue support and grow with its client Avanco.

In both cases, according to Wallace, MACA has chosen to work with a client it already knows well. “We like working with small and mid tier clients because you know the management is not going to change: we can build a strong relationship with them. We are aligning ourselves with the mid tier people and growing with them,” he said.

In all, the company employs around 150 national employees directly and manages as many as 500 across both projects. This is in addition to the 16 expatriates in training and technical advisory roles.

“Our main aim is to create sustainable employment here in Brazil, and continuously improve mining practices ,” said Wallace. “This will be achieved through continuous improvement, upskilling our workforce and introducing safe and efficient mining practices. One of the prevalent barriers throughout South America is that people are operationally single-tasked. It’s our goal to introduce a multi-skilled and diversified workforce. We have identified some quick fixes and long-term solutions, and will implement programs so that we can keep continuously improving. Brazilian people are passionate and enthusiastic about learning new things, and we have to be able to offer an attractive package to source and retain the best people within the sector.”

Working in Brazil and negotiating recruitment, tax and contract law issues is complex, and having a competent local partner is vital. MACA was fortunate in being able to form an association with FFA Legal and its founder Luis Azevedo, a well-respected mining geologist and corporate attorney.

“The support FFA has provided MACA has enabled us to focus on what we do best: provide reliable and safe support services to our clients and the broader resource sector. Without the team at FFA, we wouldn’t have been as fortunate in experiencing the early success we have seen,” said Wallace.

“Procurement and best practice asset management is our bread and butter at MACA and my background throughout the last 20-25 years,” he added. Operating in Brazil is a completely different ball game with barriers to entry designed to encourage local manufacturing places and huge restrictions on importation and foreign investment. The majority of large mining equipment needed for mining is not made in Brazil though, and imported goods are extremely expensive. For example, a earthmoving tire is typically 60% more expensive in Brazil than in Australia. Wallace said that the outlook does look promising, however, given that a change in government could create a possibility of changes within Brazil.

Many service providers will try to save and cut costs by sourcing equipment off shore, but Wallace does not agree with that strategy. “We have always sourced our equipment through OEM suppliers to secure their support. Our relationship with Tracbel and its CEO Luiz Gustavo R. Magalhães Pereira has been unbelievably helpful to us. Without his assistance and support, we would not be where we are today,” Wallace said.

Tracbel is a family-owned business, based in Minas Gerais and with 25 branches covering 75 percent of Brazil. Tracbel is a licensed dealer for many OEMs, including Volvo and Michelin.

MACA has always been proud of its long standing relationships with many companies in Australia.  Loyalty, customer services and reputation are often more important than price.  “We are proud to have been able to continue these relationships with their South America offices,” said Wallace. “Companies such as Liebherr and Orica were very quick to assist us with the transition into the new market place, offering us assistance and advice to navigate through the processes to get work done.”

A company with a heart

There are plenty of opportunities for expansion in Brazil, and MACA's contracts department is working on prospects at present, but the company won't overstretch itself at the expense of its existing clients. The two projects in the North take up a lot of time, even for a hands-on company like MACA. Travel around Brazil is challenging and commuting between Rio de Janeiro—where Wallace’s office is located—and Amapá State is several thousand kilometers and therefore absorbs a lot of valuable time.

Though Wallace spends extended periods away and only gets to see his family back in Australia once every three or four months on average, boredom is never his problem. MACA is a company with a heart, actively supporting a range of Not-for-Profit organizations and community programs.  Wallace manages to find time to contribute to these efforts. The Hawaiian Ride for Youth (HRFY) began in 2003 when a small group of recreational cyclists in Australia decided to raise funds for Youth Focus to assist in the prevention of youth suicide, depression and self-harm.

“2016 was my fourth HRFY. Though working abroad made training a little difficult, the sacrifice required to ride a few kilometers became insignificant, compared to the suffering many young people face with life’s challenges,” Wallace said. “I flew back to Australia on March 23 to be a part of this amazing event that reaches out to so many young people.”

HRFY is held annually in March across five days, with riders covering over 700 kilometers. “On our journey, we stop at high schools to engage the students in the issues of youth suicide, depression and self-harm and the services that Youth Focus provides. The riders also share their personal stories and experiences as many have been touched in some way by these very personal issues,” he said.

Another bike ride, the MACA Ride to Conquer Cancer 2016 in support of the Harry Perkins Institute of Medical Research, takes place in Perth. Last year 300 MACA riders raised $1.2 million for this cause. This may not seem very relevant to Brazil, but cancer is a global problem, and among others Tracbel's Luiz Gustavo Pereira is enthusiastically supporting the event. 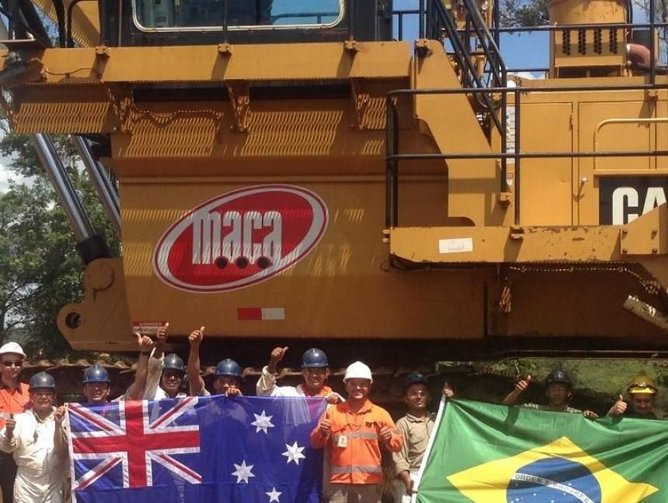 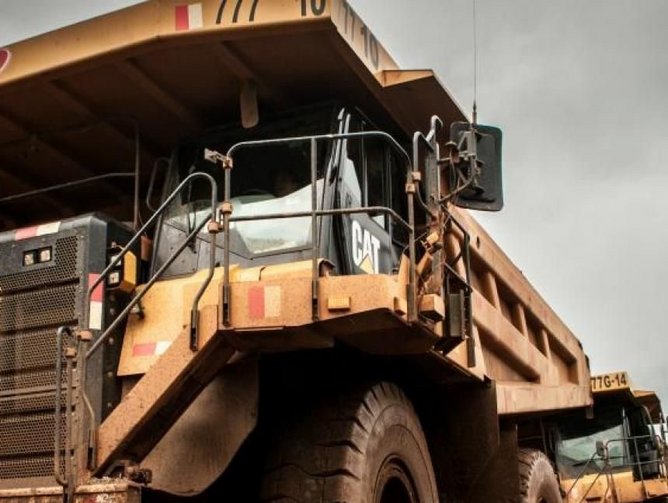 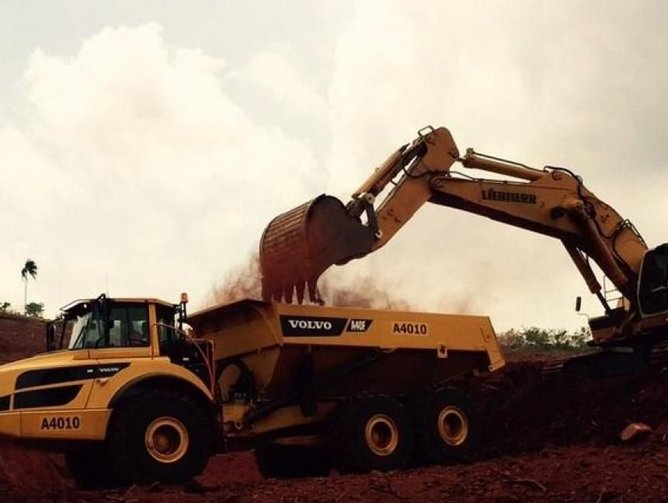 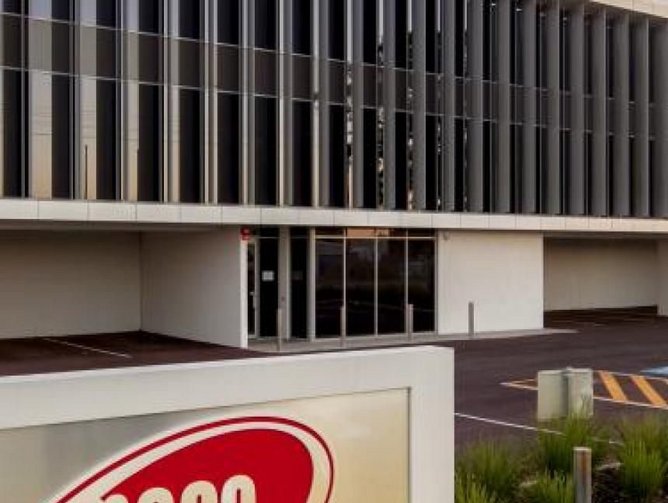 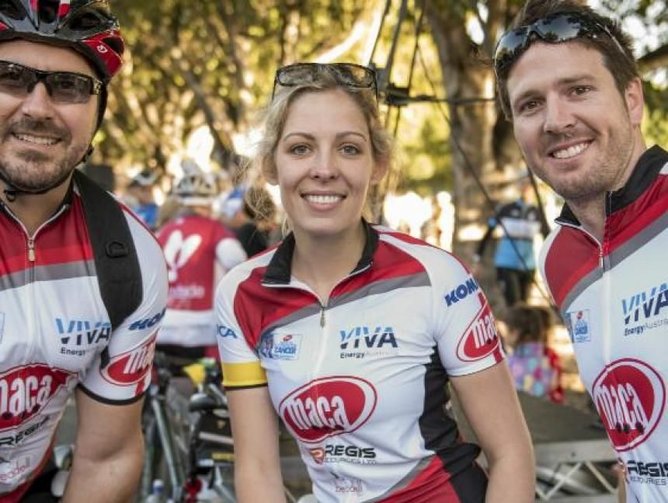 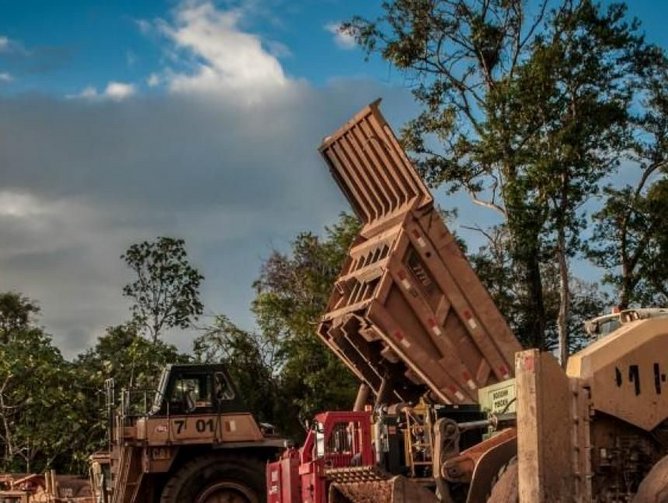 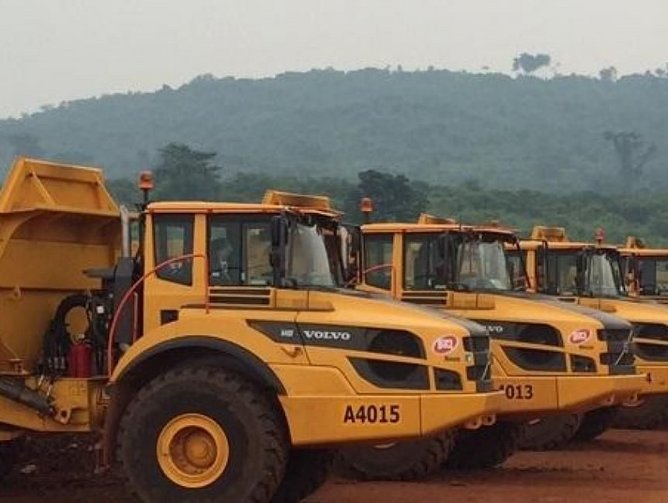