A $2.25 billion freeway upgrade in Melbourne’s north-west is already delivering major safety and travel benefits to thousands of drivers, the community and wider industry.

Jointly funded by the Federal and State governments and delivered by VicRoads, the M80 Ring Road Upgrade aims to improve safety and reduce congestion along the entire 38 kilometre corridor between Altona and Greensborough.

Three sections have been completed in the last year, bringing the total amount of upgraded freeway to 23 kilometres.

Calder Freeway to Sydney Road was the first section to be completed in May 2013 by the Tulla Sydney Alliance: a partnership between VicRoads, Thiess, Parsons Brinckerhoff and Hyder. The section Western Highway to Sunshine Avenue fully opened later in the year, delivered by BMD Constructions and Leighton Contractors.

More recently, VicRoads, Fulton Hogan and Visionstream celebrated the completion of the Edgars to Plenty Road section in April 2014. Visionstream was the lead ITS contractor across all three completed sections.

According to VicRoads Project Director Trevor Boyd, the M80 Ring Road Upgrade is the biggest road project VicRoads has ever undertaken.

“Improvements include providing a third lane in each direction with up to six between some interchanges and improving safety by reducing merging and weaving,” Mr. Boyd said.

“We’re also installing new electronic freeway management systems in each section, which links with those already in operation on the West Gate Freeway, CityLink and Monash Freeway.”

“This includes overhead electronic lane signs that advise motorists of the speed limit, if a lane is open or closed, or whether motorists are required to merge left or right. The variable speed limit signs allow speed limits to be adjusted to suit traffic conditions, including the management of incidents, while CCTV cameras will provide live footage to the VicRoads Traffic Management Centre.”

“These improvements will all work together to improve overall travel times and boost reliability, making it easier for commuters to get from A to B every time.”

A SAFER FREEWAY FOR NORTH-WEST MELBOURNE Mr. Boyd notes that improving safety for motorists will always be a top priority during the project.

“There were 13 fatal accidents and 715 serious casualty crashes along the M80 Ring Road in the five years before commencing the upgrade,” Mr. Boyd said.

“The addition of extra lanes and a new electronic freeway system in each completed section have helped ease congestion and provide motorists with a safer journey. It also ensures that the M80 Ring Road returns to normal operating conditions very quickly after a crash or breakdown.”

According to Mr. Boyd, traffic flow has improved and is now more consistent since the upgrades, with an average travel time reduction of 20 per cent.

“Before the upgrades the freeway exceeded its capacity during peak periods, causing traffic disruption and delays along the entire route,” Mr. Boyd said.

“Travel times have now improved, with the most significant reduction in the Calder Freeway to Sydney Road section, Greensborough bound, where travel times have been cut by 50 per cent in the afternoon peak.”

“The economic yearly benefits for travel time and speed for the Calder Freeway to Sydney Road section are considerable, with $66 million for the Greensborough bound direction and $27 million for the Altona bound section.”

“A major bottleneck at Edgars Road, Greensborough bound, has also been removed with traffic now flowing freely along three lanes.”

According to Mr. Boyd, a key highlight is working through engineering challenges with the dedicated M80 Ring Road Upgrade team.

“One of our biggest challenges was building the flyover at the M80 Ring Road and Tullamarine Freeway interchange,” Mr. Boyd said.

“To construct the flyover ramp we had to ship 19 steel box girders from Tasmania, with a combined total weight of 822 tonnes. These were lifted up and bolted together on location.”

“The placement of the steel girders required closures of the M80 Ring Road. To minimise disruption to traffic, assembly of the girders was first tested in Tasmania, to ensure that the 7,808 bolts used lined up and fitted perfectly.”

“The flyover now provides traffic access from the Tullamarine Freeway to the M80 Ring Road Altona bound carriageway for destinations including Bendigo, Ballarat and Geelong, and removes a previous major weave movement.”

Mr. Boyd highlighted that another unique aspect of the project is minimising disruption to drivers through effective communications, given that the work was undertaken during live traffic conditions.

This was especially critical when the freeway was closed at times for special activities including bridge concrete pours.

“The freeway was closed over the weekend during multiple occasions, to reduce the amount of vibration from passing traffic to allow the concrete stitch pours to set,” Mr. Boyd said.

“Together with the contractors, VicRoads communicated these closures to drivers, the community and other stakeholders, at least six weeks prior to the events, using multiple channels such as online, radio, print advertising and variable message signs on the M80 Ring Road.”

“These communications were a success, with an average 20 per cent in reduction in traffic volumes for each closure.”

Ensuring safety for road workers and motorists has also been a key motivational driver for innovation throughout the project.

One example is the Yellow Line Marking trial, which was used in all three sections of the upgrade.

“We painted yellow lines on the road alongside the existing white lines to mark the new lane arrangements during the roadworks and to provide a clear visual aid to drivers when entering a work zone,” Mr. Boyd explains.

“We found that this improved lane visibility during wet conditions, helped driver decision making and taught drivers to be on the alert, reduce their speed and drive carefully.”

“We’re happy with the results and expect it to be endorsed as a suitable treatment for other major roadwork sites.”

“These important planning activities will help determine the most appropriate way to upgrade future sections of the M80 Ring Road,” Mr. Boyd said.

“The remaining sections will be considered for funding in a future program and prioritised based on traffic volumes and safety.”

“In the meantime, drivers, industry and local residents can enjoy safer travel, improved traffic flow and greater reliability with the completed sections setting the standard for future improvements in Melbourne’s north-west road network.” 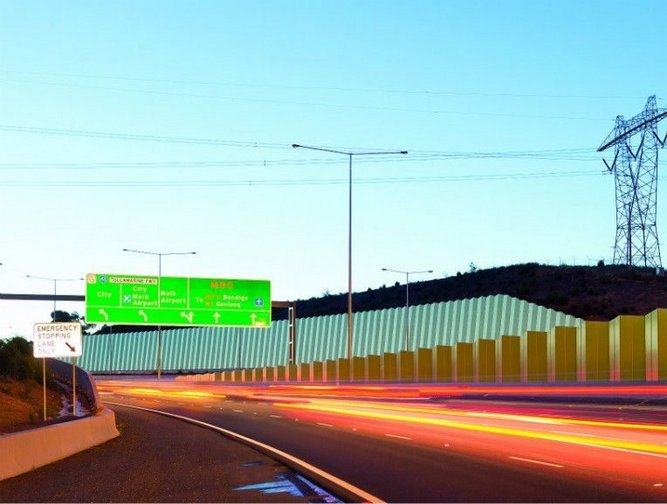 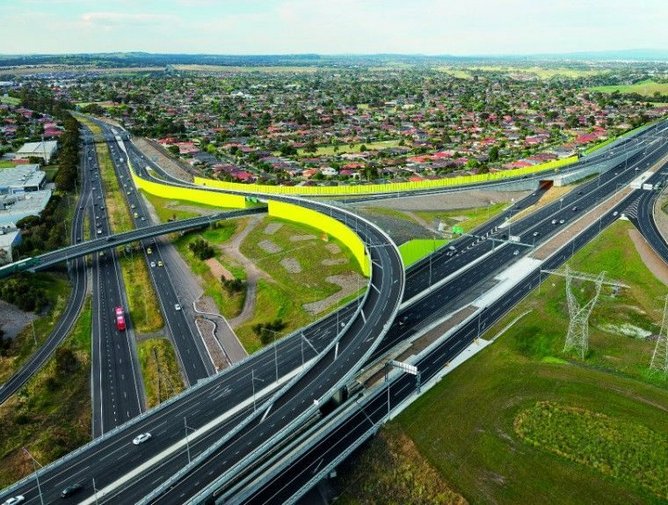 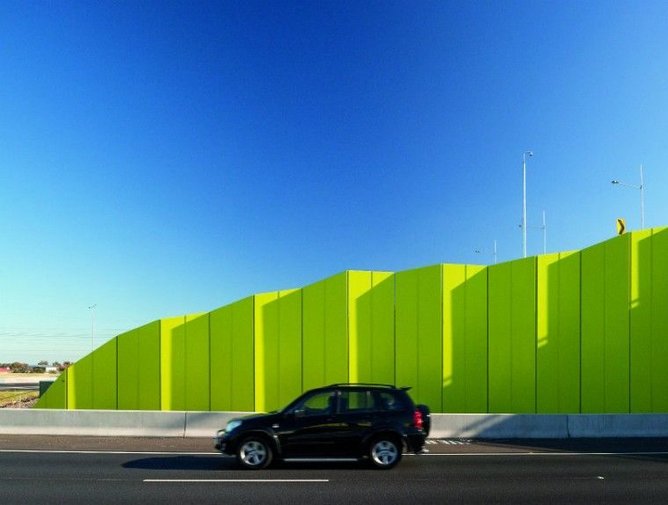