Iveco manufactures and distributes light, medium and heavy commercial vehicles for the Australian road transport industry. With strong connections to International Harvester and International Trucks, it has been part of Australia's way of life, in one way or another through its corporate parent, CNH, since 1902. Iveco Australia is part of the Iveco group headquartered in Turin, Italy and is wholly owned by CNH Industrial N.V.

“Iveco Australia belongs to the IVECO brand, under CNH. In this context, our plant in Dandenog is part of a huge worldwide manufacturing network that comprises 62 industrial bases and 48 Research and Development centres,” explained CNH Industrial’s Head of Manufacturing Australia Edoardo Bozzola.

Iveco and its manufacturing base in Dandenong, Victoria, has a long and proud history in Australia starting in the mid-1950s. Over the last 60 years, Australia has experienced remarkable growth and development through its primary and secondary industries. Iveco’s DNA can be traced back to the early 1900’s when International Harvester first entered the Australian market.  In 1950 the company established the heritage listed Dandenong facility, producing trucks under the International Trucks brand until it was acquired by Iveco in 1992. Iveco and its predecessors helped build the road transport industry and have developed manufacturing processes and product development in line with the growing needs of Australia.

When the Dandenong facility opened in 1952 it represented significant investment into the Australian truck industry. It was a significant expansion of International Harvester’s Australian activities and was built in Australia’s post war expansion phase (even before General Motors Holden’s began supplying cars to the market).

The Company’s strong tradition has been granted even greater capabilities and potential through internal synergies. “When Fiat Industrial S.p.A. merged with CNH Global N.V. in late 2013 to create CNH Industrial N.V. a new global industrial powerhouse was created, and we are already finding huge synergies across all facets of our business – both globally and locally. We're sharing resources, know-how and networks,” said Bozzola.

“CNH is essentially the bringing together of  the group’s agriculture and construction arms, with the commercial vehicle and powertrain divisions, creating a global top tier capital and industrial goods company,” said the Australian and New Zealand Head of Corporate & External Affairs for CNH Industrial Ron Grasso. “In addition to Iveco, within our suite of brands we have Case IH and New Holland Agriculture, Case Construction Equipment, New Holland Construction Equipment and Flexi-Coil, as well as various others, including an in-house engine design and manufacturing arm; one of the largest in the world, which is FPT Industrial.”

The Dandenong plant originally covered 34,000 m2 and produced 2,000 vehicles in its first year. Since then, more than 230,000 trucks have been manufactured; more than any other truck manufacturer in Australia. Today, Iveco manufactures ACCO, Powerstar, Stralis AS-L and AD/AT models and bus chassis at its plant in Dandenong, Victoria. It is also the home of a large product engineering department that has a facility for building and testing prototypes built to suit Australian conditions. Iveco Australia continues to invest into its Australian manufacturing capabilities with new product launches.

“We're a bit special in that we have a single assembly line that currently produces five models of trucks, all quite different from each other. We go from the well-known ACCO, a market leader in the waste disposal business, to the Stralis, a very popular model in Europe which we assemble in our factory,” said Bozzola. “We also have two bonneted trucks which are designed locally, including the Powerstar which has been around for a couple of decades. We also now have the brand new Powerstar Roadtrain that we launched this year, which has helped us to enter into a new segment that we weren't previously competing in. The second is a major change to the current ACCO model, which is also the market leader in the compactor market. In terms of the ACCO, what will be apparent to our customers is an external face lift, creating a more modern and aggressive look which delivers improvements in functionality. In addition to that, we've added significant new elements, such as new suspension, new electronic capability control, as well as other additions and improvements that make it the first choice in its various segments. The new, upgraded ACCO that we are just introducing into the market is the culmination of the continuous evolution of this range over the years, its development driven by the specific requirements of customers in the Australian market with a continuous focus on quality. On top of that, we also produce a bus chassis specifically for Australian markets.”

All of Iveco's manufacturing is done in the Dandenong South, Victoria facility, allowing them to produce everything under the same roof. The Company also relies on a local supply chain that is very strong. There is a manufacturing hub in the Dandenong region and closely surrounding areas that supports the Company’s production. “This very effectively allows us to be highly flexible in what we do, reinforcing our customisation capabilities and short lead time to clients. Having a local supply chain ensures that we can sustain these capabilities at all times,” said Bozzola. “We have about 200 local vendors that we work with. A vast majority of them are manufacturing vendors here in Australia. We have up to 80 percent of local components in our models, which is remarkable.”

“The Australian market is quite special about its requirements, and our main challenge is to make the most of local design and R&D paired with our broad supplier and manufacturing base back in Europe. We try to merge these components to offer the best truck at the best price; based on Australian specifications,” said Bozzola.

Iveco has one of the broadest ranges of on road commercial vehicles, offering versatility and flexibility, from the smallest van up to the heaviest duty roadtrain. Their on road models include the Daily, Eurocargo, ACCO, Stralis and Powerstar.

“ACCO has been around Australian roads for over 60 years now, having gone through several improvements by now,” explained Grasso. “It was originally designed for defence roles as a military vehicle. It has strong origins in military use,” said Grasso. “The plant and ACCO model were born together during the 50's, and continue to grow and develop.”

Iveco has developed a range of light, medium and heavy duty trucks for off road jobs. From mining, forestry and off road support, these vehicles are built to stand up to the toughest jobs. These off road vehicles include the Daily 4x4, Eurocargo 4x4 and Trakker.

Iveco manufacturers a range of bus chassis, from low floor city, to school bus, luxury coach and mining, and has a range of chassis built to suit a variety of client needs. These models include City, School/Charter, Mining and Coach.

“The complexity that runs through the Dandenong plant is quite high with so many different models going through the same assembly line. This pushes us toward continuous improvement in order to be able to manage this level of complexity. Low volume, high variety production is a big challenge and we need to stay on top of that,” said Bozzola.

Product Time to Client and Customisation

With the level of customization and quality that the Company is capable of and delivers, one might think that there might be long wait times for product delivery. However, one of Iveco’s competitive advantages is their superior product time to client.

“There are two critical advantages that we can offer to our clients through local manufacturing. The first is shorter lead time to our clients. Having the factory here with readily available components, mostly sourced locally, we are able to deliver a truck to a client in two to three months, compared to an imported truck, where the time to client could be six to nine months. Our second major advantage that we have is the customisation of our products,” explained Bozzola.

Bozzola also went on to explain that the larger size of the Company’s products actually help protect their competitiveness: “The truck industry is actually quite different from the car industry in this regard. For one thing, the size of our products definitely differentiate us. This gives us a degree of protection from imported products because of the high import costs for similar products.”

“Basically, for every truck we make, we build to order. We rarely see the same truck go through our line twice in one year. Every single truck is something different, something special. This is only possible because we customise all the orders we receive locally. If you were to import trucks at this level of complexity and personalisation, it wouldn't be sustainable because of lead-time to client and increased costs. Having the plant here allows us to do anything our clients ask, and do it quickly. We can deliver a customized truck in half the time it would take the client to import a standard one,” said Bozzola. 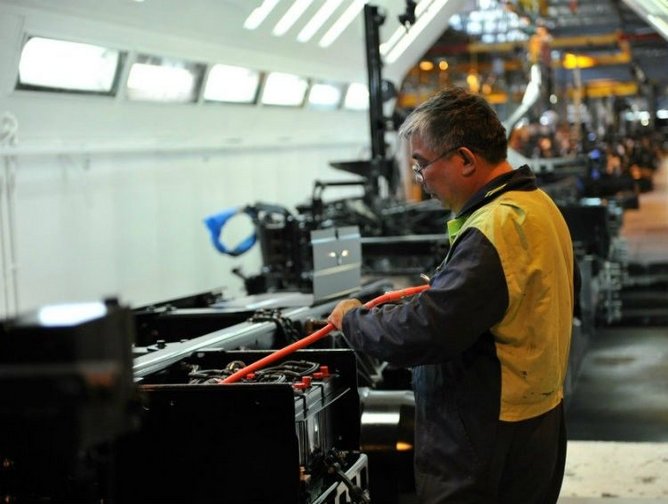 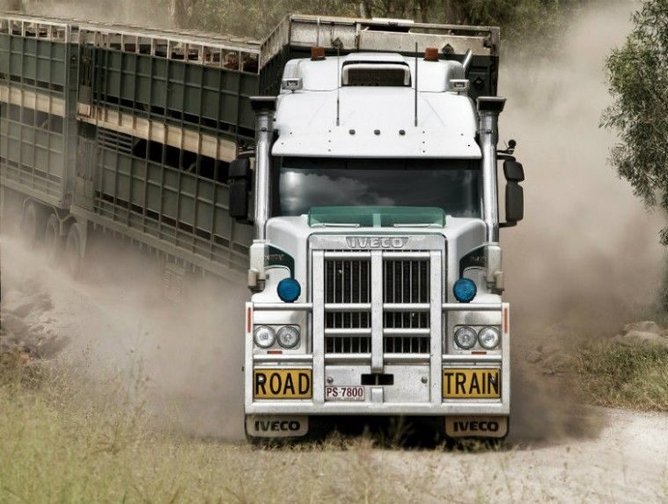 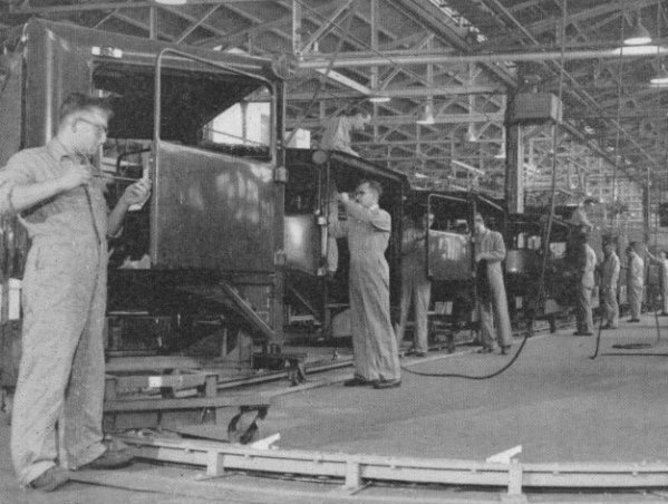 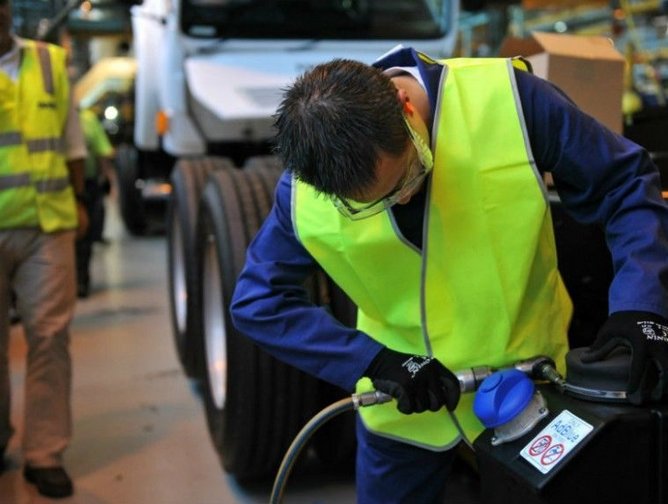 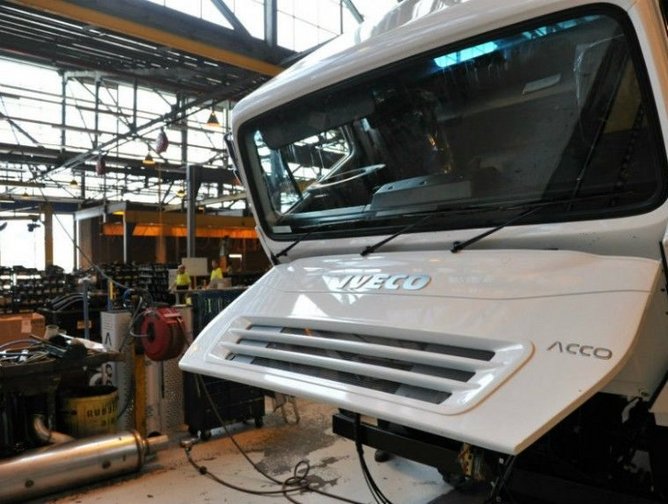 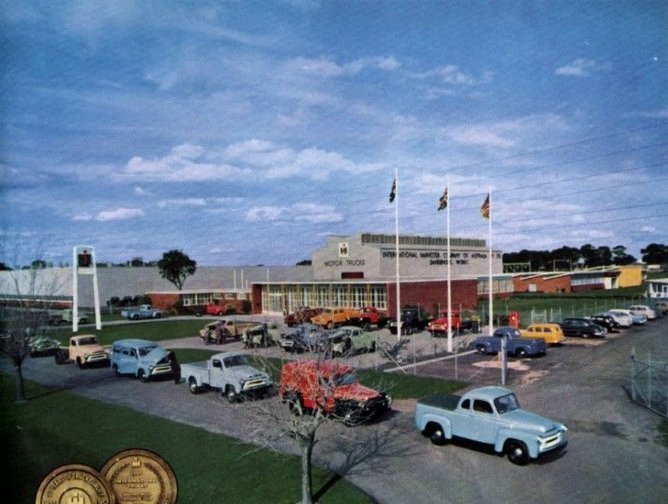 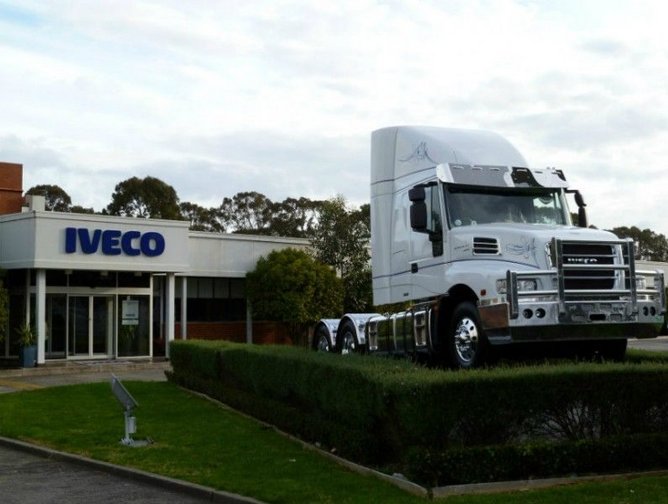