It’s about leaving a legacy

The Level Crossing Removal Authority was established in May 2015 when the government pledged $2.4 billion from the 2015-2016 budget to remove 50 dangerous and congested level crossings across Melbourne by 2022.

The Authority will ensure all level crossings are removed in a coordinated and efficient manner, and is responsible for all aspects of the project including planning and development, stakeholder engagement, procurement, through to construction and delivery.

Project director Brett Summers, a civil engineer, is heading up the $1.6 billion

Caulfield to Dandenong Level Crossing Project to remove nine of these level crossings, creating more capacity for trains to access the city, which is renowned for its ‘four seasons in one day’ weather. With six kilometres of elevated track involved, this is the first elevated rail project of this scale in Australia.

He says: “Being in Victoria we have our own unique challenges with the operational environment. We've certainly looked to other projects around the world, to take lessons from them and adopt them where we can.”

What’s particularly interesting is the massive potential for innovation and design presented by the project’s use of an elevated rail option. Raising up three sections of the rail line will open up a linear corridor for the public to use, replacing what would be typically be functional, uninspiring transport infrastructure with playgrounds, parks, cycle and pedestrian paths.

“One of the reasons we were really intrigued by this solution is that of all the areas in in Melbourne, this has some of the least amount of green open space,” says Summers.

“That kind of set off a light bulb moment for us where we thought, ‘let's take a non-traditional approach and consider elevating the structure’. Basically, everything we elevate, we open up that space underneath.

“Historically, when level crossings have been removed in Victoria,   the train line is dropped into a ditch and that's it. But on this particular job we’ve flipped that whole concept on its head.”

In the end, there were several compelling factors that led to the choice of ‘rail over’ for the project, which is tackling all nine crossings as a package. Putting the rail line down into a trench would require three times the amount of rail closures and a dramatic increase in the number of trucks – particularly excavators - on the road.

The innovative plans mean the area opens up to 225,000 square metres – that’s a whopping 11 Melbourne Cricket Grounds' worth of green open space.

But the proposed development of the nine-metre-high elevated rail hasn’t been without controversy.

In December 2016, protest group Lower Our Tracks lost a Supreme Court bid to stop the project, claiming the Government failed to properly consult the public and kept the plans secret to avoid a political outcry.

Residents opposing it claimed it would lower property values due to being ugly and noisy, but Summers says opinions are slowly changing.

“Obviously, the biggest challenge we've faced on this job is changing that perception and history that's come before us,” he says. “Early on, that was a challenge, but over the last 12 to 18 months we have seen the pendulum swing from the broader community that can see the benefits.”

Summers stresses the importance of the community having an active role in the future of the new open space, and has formed an independent expert panel to make sure the right mix of local knowledge and technical expertise feed in to the design.

Chaired by the head of the Royal Botanic Gardens, Professor Tim Entwisle, the Community Open Space Expert Panel also includes members of local communities, councils, and organisations such as Bicycle Victoria, Victoria Police and the Office of the Victorian Government Architect. They will present their recommendations to LXRA later in 2017.

“A lot of it came back to wanting to leave a legacy behind,” he explains. “This isn't just about removing level crossings in a transport project. It's actually about leaving a legacy that improves everybody's lives there.

A dedicated $15 million maintenance fund will be established to make sure the space is well-cared-for long after the project has wrapped up. But getting the community on board early on is just as important, says Brett.

“If we want it to be nice and green – not graffitied or run down within five years, then we have to build something they’re passionate about. Because if we build something the community doesn't want or embrace, they're less likely to use it.”

Summers says the Panel has spent the last 10 months brainstorming ideas, which they’re now testing with the broader public via an online portal. The community have also been given ‘carte blanche’ to submit ideas, which have so far ranged from bike repair stations to activity hubs and markets.

“One idea is an open outdoor art gallery,” he reveals. “Taking the structural columns that actually hold up the elevated bridge and putting local community and artist artwork on there - you can wander between the columns and it becomes an open air, outdoor art gallery. So far the response has been overwhelmingly positive. People see it as a real key to those local precincts and it's trying to change the mindset from it just being a transport corridor to get from point A to point B.

“This flips that concept on its head and tries to turn some of these precincts into a destination. We see it as a catalyst for broader improvement around those local precincts. It's no longer about catching a train to go through an area, it’s actually trying to encourage the community to visit, to shop and spend money in that area.”

He says raising the rail line rather than lowering it has benefits from an environmental sustainability point of view, including not needing to move infrastructure, like gas or water mains, or dig up contaminated material that’s been in the rail corridor for a long time.

“All we do is once we actually elevate the train line,” he says, “is strip the surface off, so get rid of any of the nasty stuff, and then reinstate a beautiful linear park. And we can actually improve the natural environment.

“One of the key design elements is capturing all of that storm water run off from the elevated structure, so from the bridge up in the air, and using it to irrigate the linear park.”

It’s a game of many parts involving stakeholders from councils, Vic Track – who own the land asset – and Metro Trains, who run it. Summers believed it will be the local councils who are ultimately responsible for maintaining each element, “because it's their constituents that will actually be using it”.

An initial payment of $15 million, funded through the Level Crossing Removal Project, will be set aside exclusively for maintenance.

“It’s been hard,” he admits. “Trying to find that balance between green open space, plus car parking and playgrounds to support the rail environment and get the right mix. But another opportunity that comes with this linear park is we can actually replant trees. If you put a ditch in the ground, there's no opportunity to really landscape. But we can replant thousands of plants that can grow to a mature height because the train line is now up in the air, which creates an ecological corridor for flora and fauna.

“One of the key concerns from residents is there might be a community of birds or wildlife that live in an adjacent park. But by elevating the train line and reinstating a linear park, we'll actually draw more wildlife to the area.” 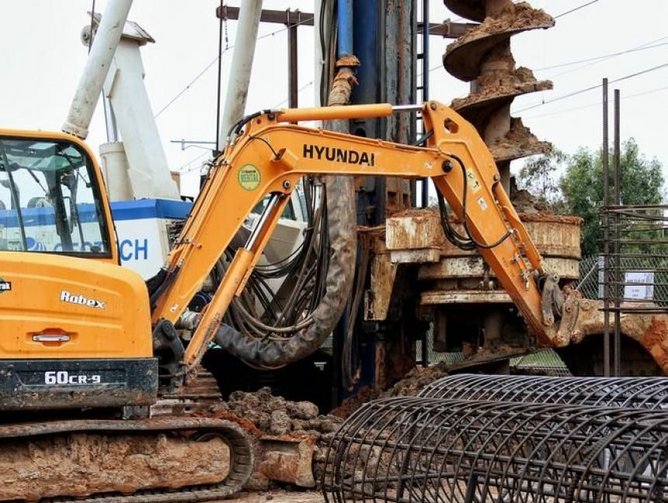 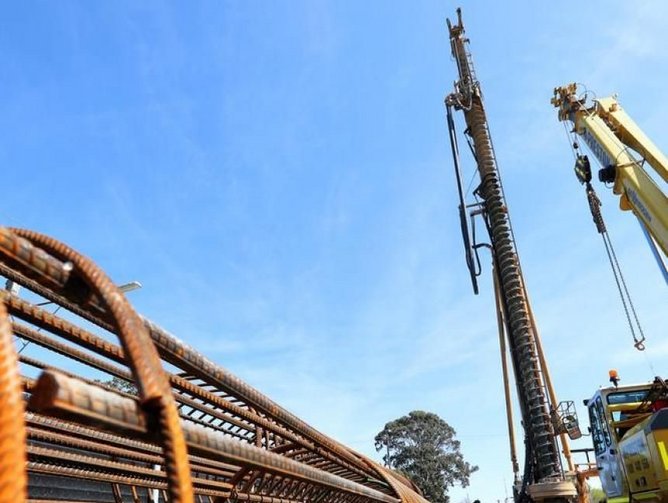 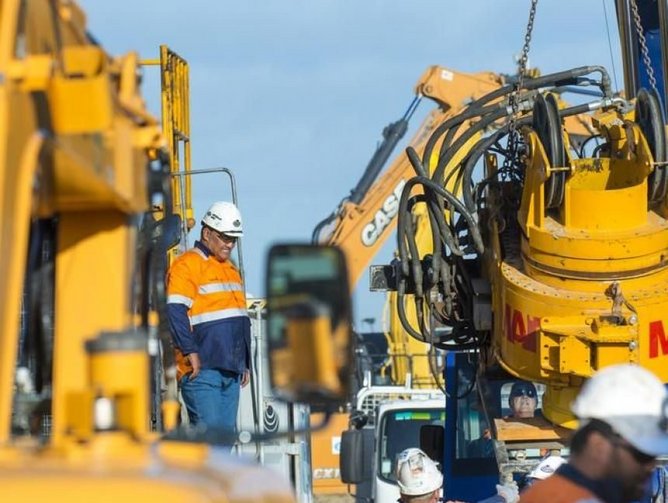 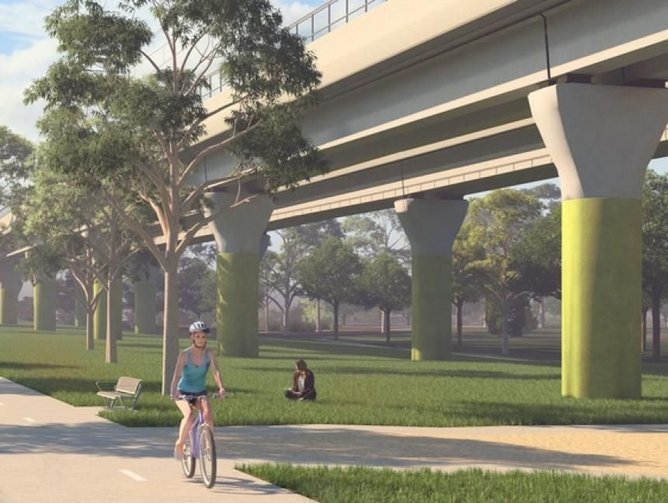 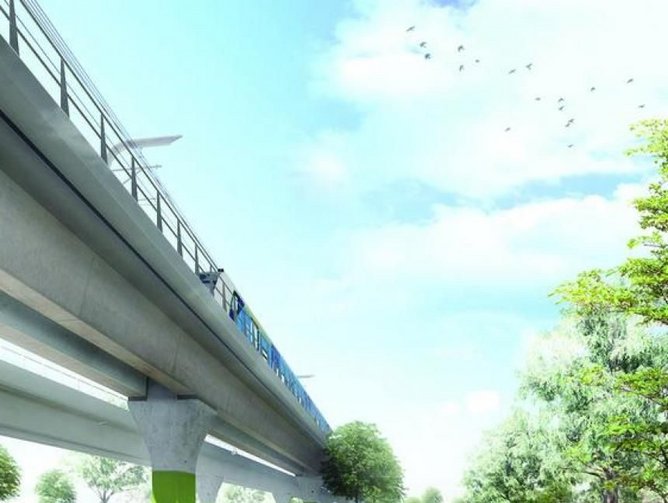 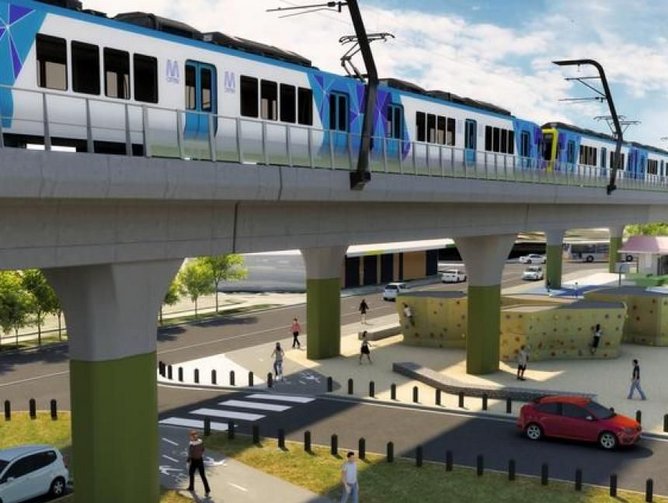 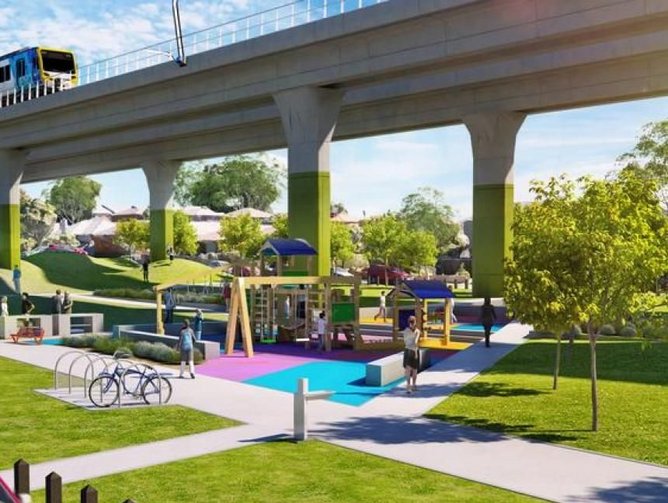 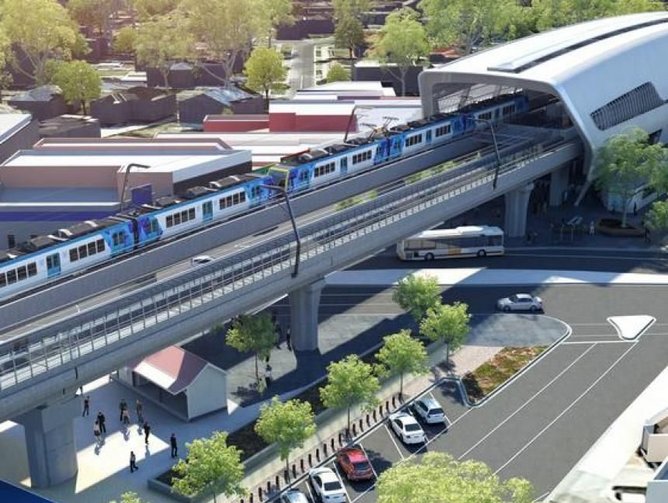 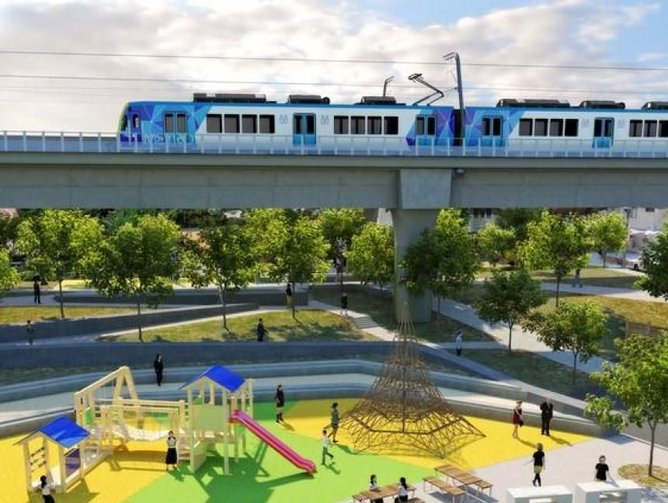 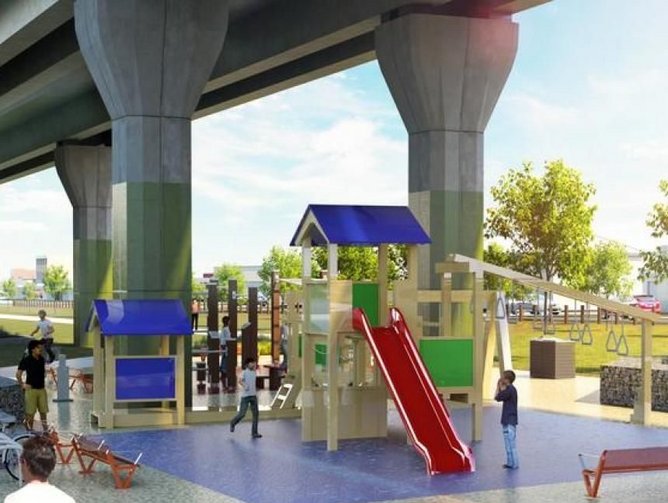