As it Grows, AJ Lucas Maintains its High Quality and Standards

If you were around for the founding of Lucas in the 1950s, you might not recognize it now. What started out as a building sub-contractor is now a multi-faceted business with three distinct arms: investment, construction, and drilling—and a leader in each one.

Lucas was a pioneer of horizontal drilling in Australia and is now a world leader in the highly specialized technique. It’s used this expertise to break into alternative sources such as a coal-seam gas and via its investment arm, has operations in the U.S., U.K., and around the world.

Some things don’t change, though. After 50 years, Lucas is still a respected, trusted company. And while they certainly excel at the technical side of drilling, their approach to the industry as a whole really sets them apart.

It starts with Lucas’ belief that they offer more than just services.

“We’re seen very much as providing engineering solutions,” General Manager for Business Development Daniel Sweeting said. This is paramount to how Lucas operates, as it generally tackles jobs that require expertise and careful engineering.

“We many companies can perform the easy jobs, such as setting up on one side of the river and coming out on the other. The jobs that we win are usually very complex and higher risk,” Sweeting said. “So, jobs like cascades, where we drill out of a Class-A nature reserve and intersect a tunnel that’s 70m below the ground 3m in diameter, 2.4ks away—those are the sort of jobs that we win. Lucas has a long history of completing those sorts of jobs in Australia.”

Sweeting cited “the experience that’s been built up over the last forty years” as what allows Lucas to not only take on more difficult jobs, but complete them in an efficient, smarter fashion. They accomplish this by tackling projects from several angles.

“We don’t have necessarily a solution that says, ‘Here’s the Lucas solution and that’s good for everyone,’” Sweeting said. “We look at a client’s problem and take experience from various industries and apply it to that problem. The most prevalent example of that is taking experience from HDD (horizontal direction drilling) and applying it to long inseam holes for our mining clients.”

Ultimately, for Lucas, finishing a project is more than just ticking a box—it’s about finding a workable solution to an initial situation presented by a client. “We find more and more we’re not competing with other companies,” Sweeting observed. “We’re to finding solutions that fit within our clients very strict budget constraints.”

A Culture of Values

While working to find solutions, Lucas employs a strong set of values that permeate all aspects of the business’ culture, which was born from a consolidation of several different examples.

On the drilling side, Lucas began as Lucas Coal Technologies in 2000. During the next few years, Lucas purchased three other drilling companies. This led to four different companies with four distinct cultures all working together. “Over a period of about 2 years, we combined it all together to create one culture,” Sweeting explained. Where Lucas saw the biggest improvement was in the implementation of safety measures.

“We’re quite proud of our safety record,” Sweeting said. “Currently, we have a TRIFR score of about 7, which is industry best practice for our field.”

Aside from reduction of costs, greater efficiency, and other benefits operating as a safe company affords, Sweeting believes it means more than that.

“There’s a moral obligation,” he said. “We have people who work for us and it’s our obligation they have a safe working environment and go home as fit and healthy as the day they started working for us.”

Lucas has learned the best way to achieve this begins with a deep understand of what the project entails.

“The fact is, if an employee understands the task they’re about to perform, the risk in that task, how to avoid it, and if we give them the skills to do so, not only will they be safe and have some control over their own safety, we’ve found that 9 times out of 10, it’s the most efficient way to do the job,” Sweeting said. “You don’t need to focus on safety by itself; you need to focus on the task and where the risks lie. By doing that, safety and productivity go along as one—they’re very much joined at the hip.”

Another major concern of Lucas’ is the environment, especially when it comes to extensive pipeline jobs. “We’re constructing on sites that we have total responsibility for so it’s very important to us that we meet those standards,” Sweeting said.

While having high environmental standards gives Lucas a better chance of getting more jobs in Australia, they aim to be an exemplar for the industry as a whole. “Part of the problem is when you find a company that doesn’t adhere to the rules and actually causes a mess, putting a blight on the whole industry,” Sweeting said. “We certainly don’t want to be the company that gives some of the industry’s detractors a reason to be extremely negative about its ability to self-regulate.” This is particularly important, since Lucas often works on leases which are owned and operated by other companies.

“Whoever it may be, we need to show that we have a system where we can regulate and demonstrate our group’s performance and the ability to actually mesh and uphold the standard they have committed to the local community or the government,” Sweeting said.

Maintaining these high standards is important to Lucas, since they work with a lot of different partners across various industries. On the pipeline side, Lucas has had a joint venture for 17 years and counting with onshore pipeline and facilities contractor Spiecapag.

“Where a pipeline job maybe too big for us, or for Lucas to perform in its own right, we’ll partner with Spiecapag to deliver to our clients,” Sweeting said. “It’s proven to be a very successful relationship that’s been fostered and valued within Lucas for many years now.”

Lucas also holds several investments in subsidiaries, one of which is U.K.-based exploration drilling company Cuadrilla. Through Cuadrilla, Lucas has partnerships with a number of different companies, making it quite important to the investment side. Lucas holds a 45 percent equity interest in the company and since 2007, has invested a net $91 billion in it.

Other international partnerships include one with the China Petroleum Pipeline Bureau, and both parties are of often in talks on where they can benefit each other from the relationship. “We’re currently doing a job in Hong Kong in which Lucas actually held key positions on HDD and we’re helping them deliver quite a technically challenging HDD project over there,” Sweeting said.

So, what makes Lucas a company in such high demand? According to Sweeting, it’s their willingness to deliver on a project from conception to completion. Sweeting gave the example of a client of ten years for which Lucas only initially performed one small part of the process. “Now we do the whole lot from beginning to end,” he said. “We give them forward budgets for each portion of the work, a timeline for completion, and we actually complete the total package of the work, commissioning the work ourselves and handing it back over to the client.” The process doesn’t end there, however.

“We continue to monitor performance for them over time,” he continued. “Rather than saying ‘This is our portion of the work’ and being happy with that in isolation to everything else, we actually work with our clients to provide an end-to-end solution.” More and more companies are taking notice of Lucas’ solution-based approach to operations, as well. While it hopes to maintain its high quality and standards in the short term, the long term outlook is to expand internationally on a more permanent basis, rather than just for a project.

We’re being pursued by companies from South Africa, China, Russia, and Europe, to actually provide more directional drilling solutions as opposed to just exploration solutions,” Sweeting said. “We’re looking at all those now and looking at which may be best for us.” 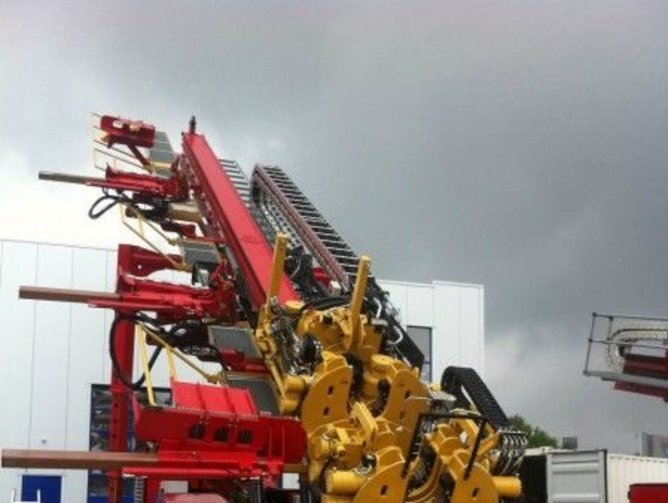 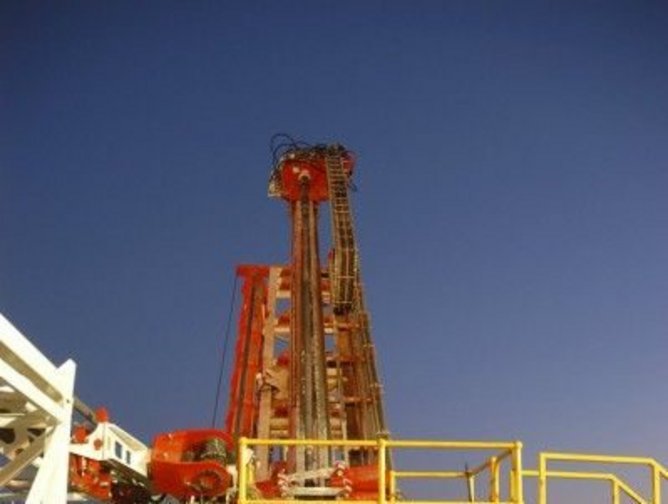 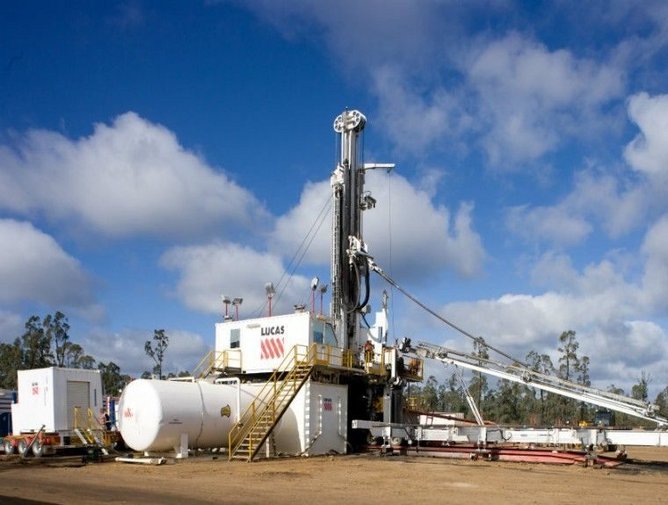