Interview: The digital journey of the University of Tasmania

Jeff Murray, Chief Information Officer (CIO) at the University of Tasmania (UTAS), remembers reading Martha Heller’s book, The CIO Paradox: Battling the Contradictions of IT Leadership, a few years ago, in which she says the CIO's role is to create a team of many CIOs.

It’s something that’s stuck with Murray, who has built – and continues to build – a solid, award-winning IT team at the university, which is ranked in the top 10 Australian research universities and the top 2% of universities globally.

In the last year alone, the team has won numerous national and state awards, including:

“The team are outstanding and it’s fantastic their contribution has been recognised in this way,” he says. “At any one time we're working on up to 40 capital-funded projects. The current team is 109-strong and we’re a third more productive than ever before, producing a greater number of outputs per person.

UTAS is one of Australia’s most geographically-splayed universities, with courses across 65 locations and four main campuses at Sydney, Burnie, Launceston and Hobart. It’s home to more than 50 world-class research centres and institutes across science, engineering and technology, health and medicine, marine Antarctic and maritime, business, arts, law and education, and together they generate a rich and diverse research culture, underpinned by vibrant multi-disciplinary collaborations, world-class facilities and a global reputation for research excellence.

Murray is responsible for ensuring the alignment of ICT-based strategy and services, encompassing strategic development, agile delivery and support for the campuses in Tasmania, interstate and internationally.

Tech transformation is crucial to the future of the UTAS business strategy, and Murray has heavily invested in IT, spending $120M on systems and technology since he started in 2013.

“The importance is to position us for that new digital era,” he says. “But the flavour we want to bring to the new digital era is that it's human-rich. People still like to see a person and a face and know there's a name associated with the service provision.

“We know that our programme of systems enhancement has delivered $10M in annual cost savings, and in that time the university's revenue increased $160M a year, which was a 40% gain in annual revenue. So we know the university is vastly more productive as a result of this.

UTAS runs more sites than any other university in Australia and uses technology to help deploy a richer choice, making it accessible and connected to its students, academic staff and researchers. Murray says its aim is to drive the island economy and economic development through a much more integrated, industry-connected, student-connected education system.

“We are definitely working to deliver that education across the whole state of Tasmania, not just in the capital cities,” he says. “Tasmania is the least urbanised state in Australia, so technology helps us do that.”

UTAS is the second university in the country to introduce augmented reality into its teaching – its architecture students can now learn 3D spatial principals and design using AR – and it produces the most online content in the country from its lecture systems, producing  thousands of hours of video per term and delivering live teaching across the four main sites.

With big data, Murray’s team delivered not just the supercomputer but also the software that won the AIIA iAward for the eResearch Ecosystem (eREc), which enables automation and collaboration of the researchers’ data archiving process.

“eREc can store data of any scale, with 7,100 processors serving 3.7 petabytes of storage – and capacity can be increased at any time to meet needs,” he says. “We called it ‘Facebook for Researchers’ as we can automatically enable where researchers share their open data, and then gain more collaborative viewpoints and analytical viewpoints on it.

“The university’s researchers can move 30GB of data overnight from the International Marine Observatory System (IMOS) between the campus and the mainland. They transport the fifth highest volume of Australian cloud super computations.”

Murray, who is also the chair of the Advisory Committee for Australia's Academic and Research Network (AARNet), reveals eREc’s biggest users come from the main Australian states, explaining: “Our system in an automated way interprets the metadata, the tags on that data, just like your tag on Twitter, and shares it  – so when people are looking for datasets in the marine observatory system, those tags queue their search in and bring them right down to the right place in our information set.

“We've seamlessly provided huge datasets to the world in a collaborative way that enable our researchers to pick rich partnerships with other researchers working in that space. Then they can move towards solving vexing global problems together.”

Of course, when it comes to such infrastructure, understanding IT vendor management strategies is key, and UTAS has climacteric partnerships with the likes of Huawei, Dell EMC, HPE, Aruba, Microsoft, VMware, Technology One, ServiceNOW, Presence of IT, Echo360, D2L, InSync, Panasonic, Data#3, Parallo and Park Lane IT.

“Huawei gave us that opportunity to build the second biggest supercomputer in the sector,” Murray explains. “They have provided us with best in class technology.

“Parallo helped us in our virtual infrastructure area and Park Lane IT has allowed us to automate our database infrastructure. The software we put in place through Oracle and the technical support service we get from Park Lane IT has helped us to position that data layer in a more automated fashion so that it's more agile and responsive to the business.”

Dell is also critical to the education centre, providing all Windows based desktop and laptop infrastructure and enterprise service and integrating its catalogue Amazon-style into all UTAS’ procurement. It is also a platinum sponsor of UTAS’ key innovation event, UHack.

Aruba has partnered to improve the wi-fi, which Murray jokes “has come from woeful to no one talking about it anymore, which means it's excellent.”

Data#3 is also on-board and has enabled UTAS to provide catalogue-style purchasing of Apple computers across the organisation, meaning people get that diversity of choice between a Windows machine or an Apple device.

UTAS has embraced the Microsoft cloud provision as a very rapid adopter and has Office365 across the entire organisation for students and staff.

“Cloud in the future is going to be a balanced platform of systems that are seamlessly operating the internet,” he adds. “We've got a much richer collaborative environment around Microsoft Tools and where it's improving our internal communications.

“Only our supercomputer is on campus and I predict that's short-lived. We're constantly reviewing whether we can run that in the cloud. Cloud removes the old steps and jumps that might happen in scaling big computing and makes it a lot more of a smooth and fluid uplift in performance and uplift in responsiveness.

“It gives us balanced high-performance big data seamless to the user.”

UTAS now has a dashboard of every single process and every single request – not just for IT – but a service delivery across all of the university processes, which is bringing everything into one space, in preparation for that automated, robotic, artificially intelligent digital era that it’s moving into.

People perceive that their job will eventually be replaced by that one computer that can do everything, but Murray says that’s not the desired outcome, insisting artificial intelligence will be specific automations to the menial tasks, enabling humans to get on with the richer, more interesting, more intellectually stimulating roles.

“We know that human empathy is extremely difficult to program into a computer – and anyway, will humans ever trust a computer if it is expressing empathy?” He questions. “I expect not.

“Will people enjoy a flawless ballet performance by a robot? I suspect not either. So we see that artificial intelligence is not the panacea that's going to take over everything while we sit on the couch. We see AI as an opportunity to enrich services and roles and jobs, taking away the menial, making us more productive and making our roles more enjoyable.”

Of course, with such huge changes across the systems, Murray says the change management is the most critical part of any project, and ensures every project has its own change manager.

“Change has become the one constant, and we have critical stakeholders across the organisation who know their local services and local teams, and make sure we don’t overburden them too much,” he says.

“They’re called the Champions of Change and become strong advocates and stalwarts for this new future that this digital era is bringing, and my best achievement is that the team is recognised as a very strong, responsive and agile team.

“I'm 100% sure that I've created a team of many CIOs that are connected to the university's vision and direction.” 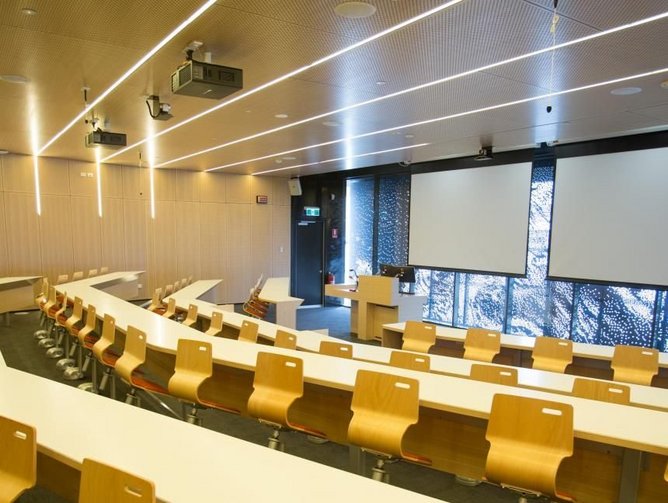 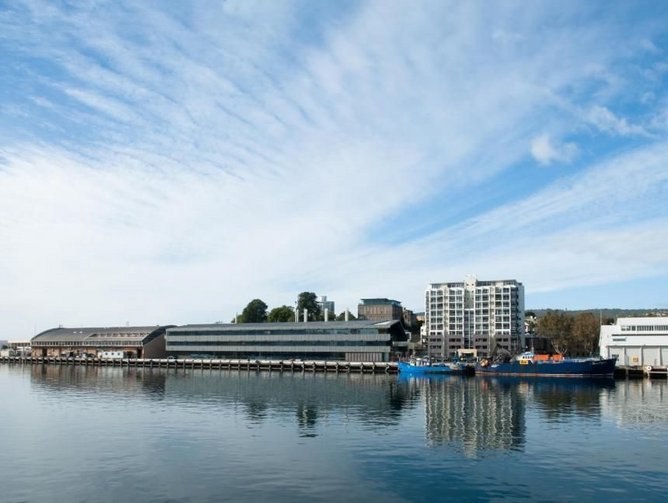 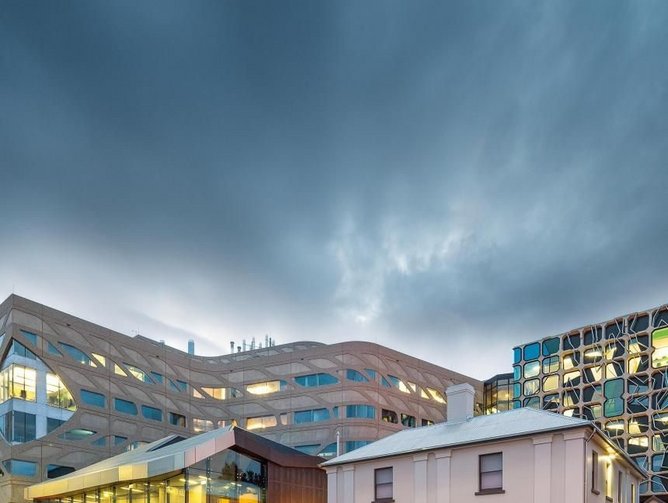 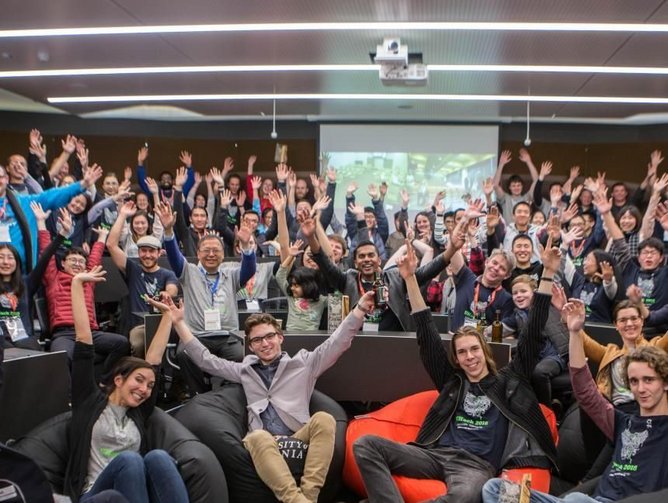 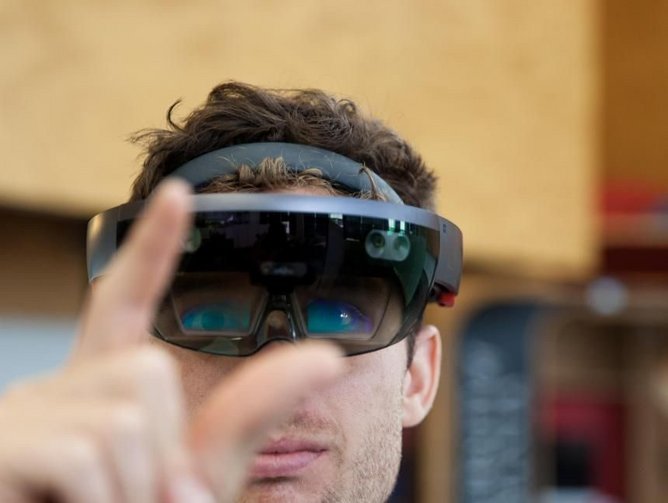 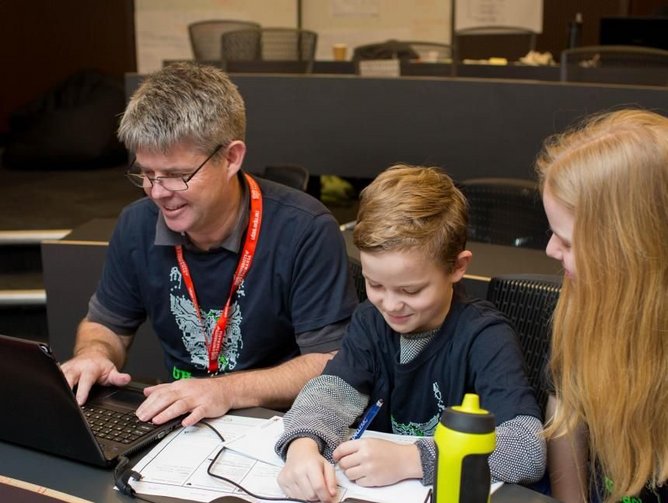