In tune with the mobile world

In the consumer technology market — perhaps more than any other— building and maintaining a brand identity is vital to success. Companies operating in this space need to know how their products contribute and connect to their ethos. But do service providers within the tech industry need to hold themselves to the same standard?

“The mobile virtual network operator (MVNO) sphere is very saturated,” admits Tune Talk CEO Jason Lo. “But you may not be able to pinpoint what these brands stand for. Some of them don’t have a clue themselves.”

“What does Tune Talk Stand For?”

When Tune Group chairman Tony Fernandes asked Lo to come on-board as Tune Talk’s Chief Executive in late 2007, the corporation was already developing a unified brand across its growing family of companies. Fernandes acquired AirAsia in 2002, when it was US $11 million in debt and had only two Boeing jets to its name. In the years that followed, he transformed the company into Asia’s largest budget airline and expanded Tune Group’s portfolio to include ventures in sports, lodging, entertainment and telecommunications.

Tune Talk made its debut in August of 2009, offering affordable prepaid mobile rates using existing network infrastructure provided by Celcom, Malaysia’s longest-running telecommunications network. From the start, the company’s vision aligned with the rest of Tune Group: they offered access to modern and innovative services at a low cost.

At first, Lo recalls that Tune Talk primarily sold SIM cards to migrant workers, with 80 percent of Malaysia’s foreign calls made on the network. Today, that figure is closer to 25 percent, and Lo is working toward cornering another crucial market.

“We made a conscious decision to go for the youth segment,” Lo explains. “We are going for the youth because they are the primary influencers now.”

In principle, many others telcos will be vying for the custom of younger generations — but in order to genuinely compete, they must anticipate a rise in demand for data. Given the recent success of augmented reality (AR) gaming apps like Pokemon Go, there is good reason to start investing in more robust, next generation mobile networks.

Lo and Tune Talk have envisioned a world in which no one ever has to be without access to mobile internet — and the solution is called “Swag”. Some mobile developers are releasing devices which come equipped to hold multiple SIM cards, but Lo realised that this system wouldn’t truly solve mobile connectivity issues.

“Are you looking at download speeds or upload speeds?” he asks. “Because if I’m downloading a lot of data, then of course I’m just gonna go for download. But if I’m using Facebook and uploading family videos, I want the best upload speed.”

In essence, the Swag system (an acronym for ‘Super WiFi Anywhere you Go’) is an advanced version of existing MiFi modems. These devices are mobile WiFi routers which act as hotspots and also work with SIM cards. Swag utilises the mobile spectrum from up to three network operators to consistently deliver the strongest mobile signal to customers. Its inventors, Rami Aladdin and Raphael Mannadiar, were working to amalgamate WiFi hotspots when Lo approached them with a partnership offer.

“These are scientists working out of a garage, doing the Steve Jobs kind of thing,” Lo says of the pair. “And they had a eureka moment.”

Now, after spending two years in the research and development phase, Swag is poised to disrupt the provision of mobile Internet in Malaysia. And ‘disruptor’ is a role Tune Talk is more than happy to play in its industry.

“What does Tune Talk stand for?” asks Lo, with his answer already to hand. “We’re community-driven, we build verticals across that. We’re very technological in what we do and we love media. We love music and movies and creating dreams.”

Grand as these guiding principles may seem, the company has, in fact, made successful ventures into the entertainment sector. Lo launched his own career in the music industry, and though he traded hit-making for telecommunications, he has made popular culture an integral part of Tune Talk’s identity. This summer, it launched CRAP.TV, a cloud-hosted online TV platform which streams live content in addition to an on-demand back catalogue. Viewers are encouraged to submit their own content to be broadcast on the network, or even create their own series.

“We perceived the cloud as being the medium where we could launch our satellite and broadcast television,” Lo explains. Traditional ‘terrestrial’ television was introduced before the advent of the digital age. However, the way that people choose to consume media has changed, and with CRAP.TV, Lo wanted to create video content for the mobile generation. “The cloud should be the heartbeat of any television station,” he says.

Leaning back to what Tune Talk stands for, the company also focuses on niche groups like the mixed martial arts communities through the Malaysian Invasion Mixed Martial Arts (MIMMA), which is now the biggest MMA fighting championship in Asia if not the world. The organization has managed to discover countless amateur talents locally and has seen its fighters graduate to fight professionally at the international stage for organizations like ONE Championship, led by Victor Cui. Tune Talk has created a healthy feeder program that is now the gold standard for amateur fight organizations and fighters. The idea came directly from Lo. “It’s called Malaysian Invasion because I wrote a song called ‘Malaysian Invasion’ once,” he explains.

Lo is keen to attach the Tune Talk name to many different initiatives across the country. The company has also put its stamp on a campaign called Malaysian Invasion Spirit in Motion (MISIM), which has brought exposure and support to Malaysia’s Paralympic athletes since the Incheon Para Games in 2014 and the support for the athletes is at its all-time high during, and after the Rio Paralympic Games 2016. MISIM is not preparing the public and athletes for more sports events leading up to the Tokyo Paralympic Games 2020.

“Now we’re moving onto MIRIM, which is the Malaysian Invasion Revolution in Music,” says Lo. The concept, still in its early stages, involves crowdsourcing different parts of a song using an app. At present, Lo is in the process of negotiating radio airplay for the music that users create — it’s all part of Tune Talk’s larger vision for the future of communication.

Naturally, Tune Talk has an interest in app development. The company is currently working on an augmented reality app called Sniper, which will see players duelling with their phones in real time. Lo has also said that he’s currently developing a fashion app that will allow users to ‘try on’ clothes virtually before purchasing them. If you’re in the business of selling data, the integration of AR into our daily lives is a lucrative prospect.

“When Star Wars comes into the real world, you’re going to have Jedi walking down the street,” Lo predicts. “You’re going to have people watching Godzilla battling one of those giant aliens in the middle of London. Everyone will be holding up their phones and looking at a virtual site.”

With demand for mobile connectivity constantly increasing, mobile networks and data merchants have their work cut out for them. How will customers decide which network is best suited to their needs? Low prices are enticing, but a fully-realised brand goes a long way toward guiding customer perceptions.

“Brand and marketing are different,” Lo insists. “Marketing is the amplifier. Brand is every touch point of your product or service, it’s your dealer or retailer.”

Dealers are an important part of Lo’s vision for Tune Talk. Retailers can build trust in an interaction with a customer, and communicate the company’s values. In a world where customer relationships can increasingly be managed online, many smartphone users still have to go into a bricks-and-mortar shop to select a SIM card. “You need an ‘army’ on the ground more than ever,” Lo says.

Committed as Tune Talk is to innovation, Lo believes that there is no substitute for old-fashioned, face-to-face customer service.

With a major corporation behind it — and clearly outlined vision for the future before it — Tune Talk is ready to indulge the mobile needs of the digital native. “There are studies that have shown that the same areas in your brain which are affected by cocaine are stimulated by looking at screens,” Lo claims, half-joking.

Tune Talk wants to help Malaysia’s youth get their fix. 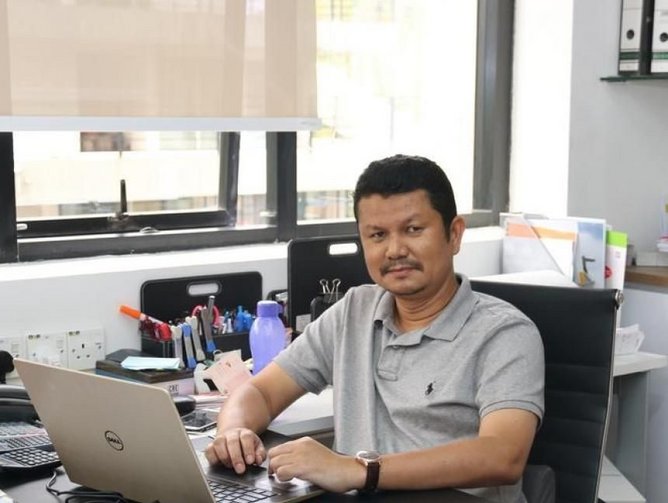 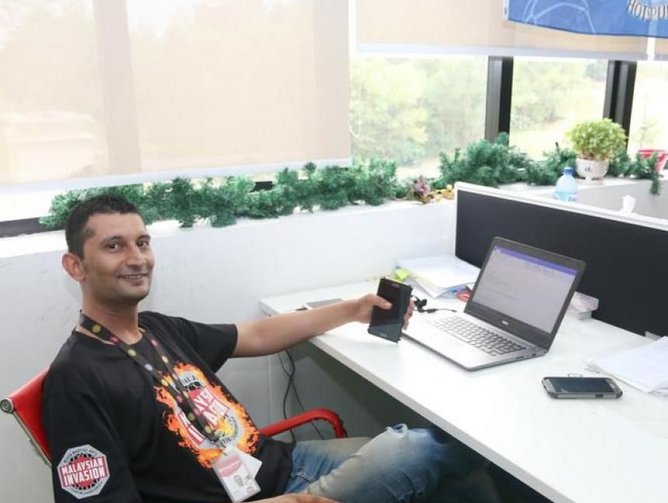 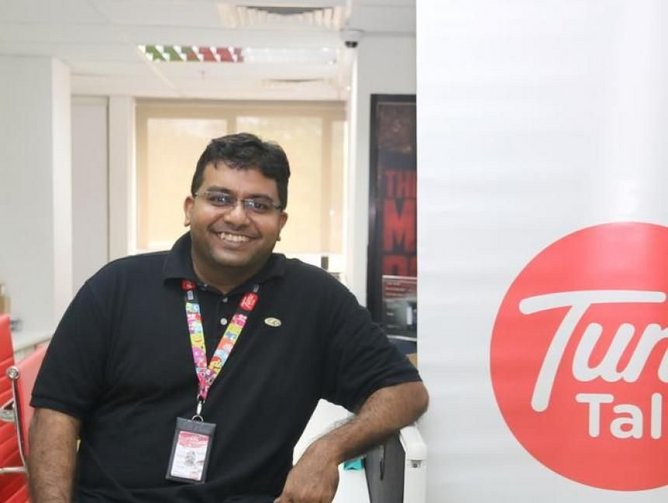 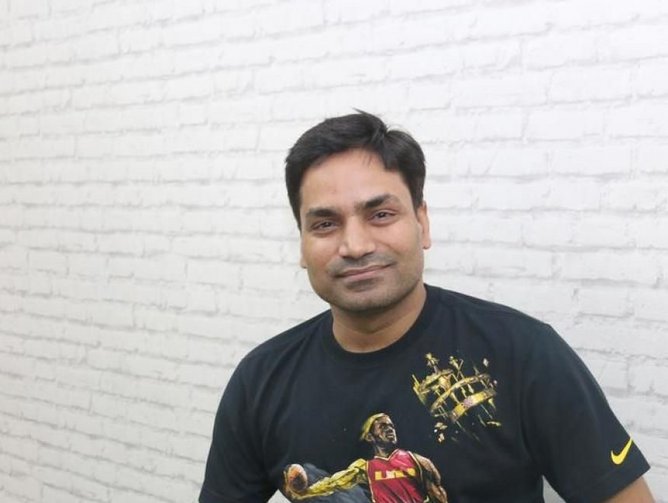 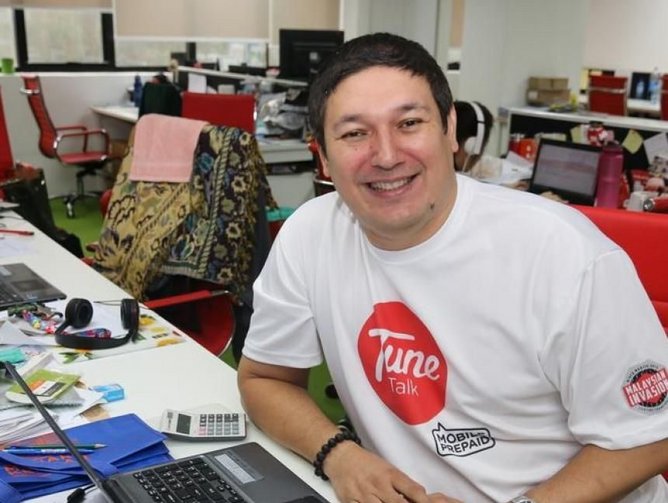 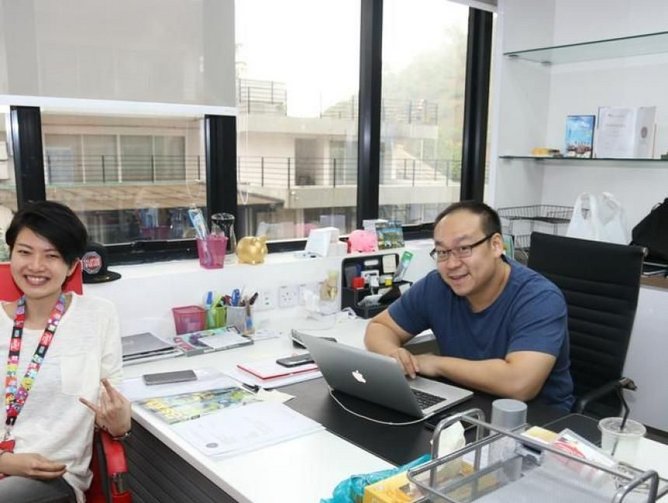 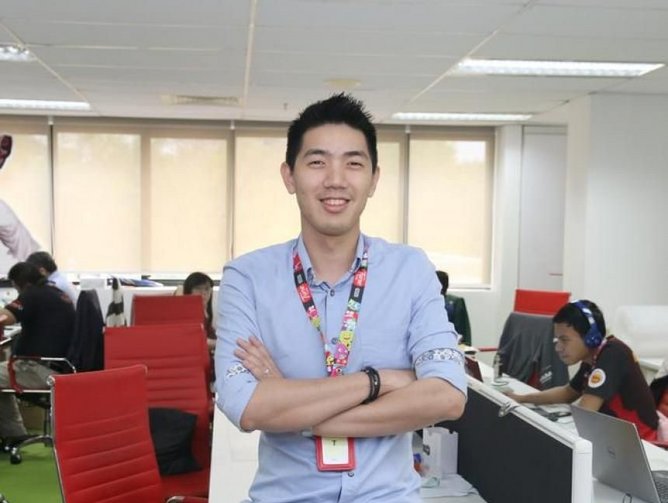 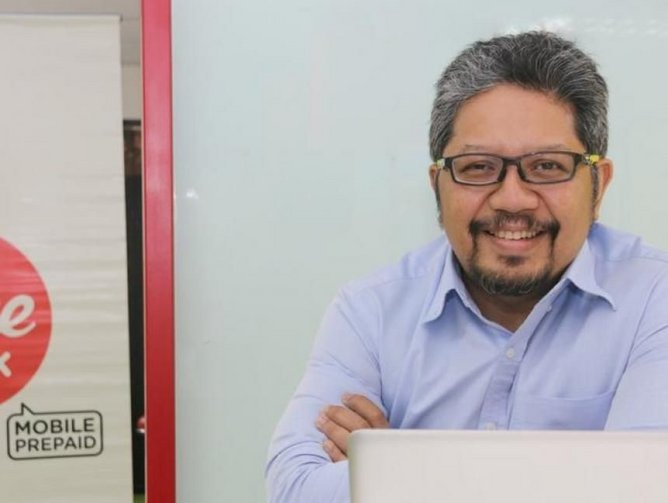 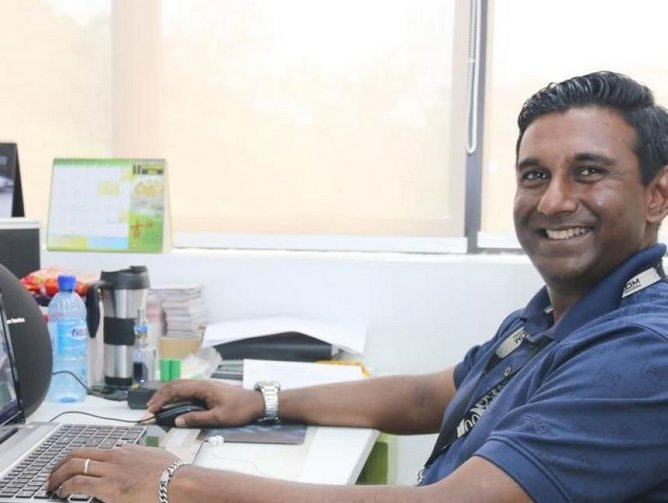