Two years into the development of a major project, the Tujuh Bukit Project in East Java, Indonesia, mining firm PT Merdeka Copper Gold has become accustomed to setting an example in the mining sector.

With significant work completed on the project, Merdeka has continued to achieve substantial growth and exceed expectations. Having played a major role in the success of the mine during the past few years, Colin Moorhead, Executive Director of Merdeka, has utilised his extensive experience in the industry to oversee one of Indonesia’s most important mines. Having started his early career with Newcrest Mining as a geologist, he worked in a number of different positions in a 30-year stint that included roles such as General Manager Resources & Reserves and Executive General Manager of Minerals. In early 2016, Moorhead became the Vice President Director and CEO of PT Merdeka in addition to being appointed in the honorary role as President of AusIMM – the peak body for Australasian Mining Professionals with approximately 13,000 members worldwide and a parent body for important codes of practice such as The JORC Code. He then transitioned into his new role as Executive Director of the company in 2018, in addition to assuming the position of Non-Executive Chairman of Finders Resources in August 2018 alongside this role. Moorhead believes such experience has allowed him to better understand the challenge of overseeing key projects with Merdeka. “When I first became involved, Merdeka was very much a new company and it was listed on the stock exchange with the vision to become an internationally respected, Indonesian owned and operated company. Now, three years later, we've constructed and commissioned a new mine and produced over 300,000 ounces of gold.”

Building a successful mine

Having commenced work on the Tujuh Bukit project three years ago, Moorhead affirms how important the project has been to Merdeka. “We're mining the epithermal gold cap associated with a large porphyry system for gold and silver. It's a heap leach operation which is getting ramped up from 4mn to 8mn tonnes per annum,” says Moorhead. “We’re in the process of commissioning an expanded production capacity that we hope will see us set a record production again this year. It’s a fully operational mine that is also home to a potential future mass underground copper mine. Many of our partners that are supporting this exercise are helping us create a world-class, long life and sustainable underground mine.”

With the majority of commissioned projects struggling to meet such a high trajectory, Tujuh Bukit comfortably exceeded expectations and produced more gold than anticipated, despite some early issues in the development process. “One of the things that sets us apart from other gold mines is that we don’t have a huge footprint in terms of waste,” he says. “We manage safety and the environment to very high standards and I am pleased to say that since commissioning two years ago, there hasn’t been a significant reportable environmental incident. That operational readiness didn't happen by accident. It requires a very strategic approach and planning from some experienced people to enable it to work.”

Due to the significant success the Tujuh Bukit mine has sustained, Moorhead believes that the development is among the leading projects worldwide. “If you benchmarked Tujuh Bukit's construction and compared it to any other project globally during this period, it would be up there as one of the best. Many projects don't achieve their expectations early on; this one has exceeded it. I think you'd have to look pretty hard worldwide to find a mine that was built on time, on budget, and exceeded its expectations in its first two years. It’s an incredibly important achievement.”

In the past, mining was often considered as one of the industries slowest to embrace new technology. However, Moorhead believes that the mentality is shifting, with digital transformation redefining the way companies worldwide operate. “The mining sector has got a reputation for being an old-fashioned industry – but in reality, it's not like that at all. The technology that goes into a modern mine is quite sophisticated and mining has become a leader in the areas of automation, electric vehicles, Big Data and artificial intelligence,” he explains. “If you're building a 30+ year mine, which hopefully Tujuh Bukit will be, you have to get ahead of the curve. I think mining can be slow to adopt technology because of how mines traditionally operate. Mining investments are capital intensive, and much of the process and technology is locked in up front.  It can be very costly and risky to change as technology evolves.”

With technology allowing operations to be conducted more efficiently, Moorhead reflects on how his company has adapted its strategy in order to digitise. “During my 30-year career, we've gone from coloured pencils and graph paper to massive data processing in a very short period of time. You've got automated drilling rigs with live feeds going to people working remotely. We must adapt and adopt new technologies quickly. I don't think we'll be using diesel equipment in underground mines soon due to potential health risks, I believe you'll find most underground mines in the world will go electric and I believe that'll probably be using high tech rechargeable, quick charge batteries to do it.”

Since Moorhead joined Merdeka, he has overseen important acquisitions such as that of Australia-based copper miner, Finders Resources Limited, and an agreement to purchase 66% of a project in North Sulawesi called Pani. “We took over Finders Resources to operate the Wetar Copper Mine in the Maluku province. We've leveraged our capabilities, both technical and non-technical, to help turn around an underperforming asset. We’re looking at transforming the operation to enable a more profitable organisation and allow for an exploration which will allow us to extend the mine life,” says Moorhead. “We’ve also just signed a deal for the acquisition of Pani which is a similar sort of gold, deposit to the gold cap at Tujuh Bukit. It's historically had a lot of exploration and some informal mining and has the potential to be our next significant gold mine.”

During the next three years, Moorhead highlights how his company will complete a pre-feasibility study on the Tujuh Bukit underground copper mine by investing approximately US$100mn. “If successful, the mine would be a very significant underground copper gold mine that would last for more than 25 years,” he says. Strong cash flow from operations has allowed Merdeka to refinance at both a corporate and holding company level. “We've got a much stronger balance sheet and our market cap has increased from around $500mn to almost a billion,” explains Moorhead. “We've made some significant investments such as the oxide expansion project which sought to take advantage of the fact that we've put construction and financing risk behind us. We re-optimised the project previously constrained by finance and construction risk resulting in a mine that will produce over 1.2mn ounces of gold which is a big increase from just under 900,000 ounces in the original plan.”

With the importance of establishing and sustaining key partnerships with other companies vital to achieving success, Merdeka has formed alliances with Cohesion Group, Transcontinent, Geoservices, DNX Indonesia, PT Indodrill Indonesia, Spiers Geological Consultants, Metso and Lorax Indonesia. “Our partnerships are absolutely critical because we can't do this alone. I think those partners supplying goods and services are critical to the success of the operation. For example, Lorax is a globally recognised leader in the environmental support of mining operations. When it comes to tasks such as environmental impact statements and data analysis, we couldn’t do it without them. You need professionals and Lorax offer that,” he says. “Indodrill provide a lot of drilling for us and has been fantastic down at Tujuh Bukit. They’ve recently completed six deep directional drill holes for us which were highly technical. Metso provided all of the crushing gear and we duplicated the crusher because we were very happy with all of that gear. Spiers Geological Services does all of our resource estimation and has been a great supporter of us while providing a lot of professionalism.”

“Transcontinent is a group which offers logistical support as well as managing the critical supply chain in terms of transport and they've been able to do that safely and reliably. Geoservices provides superintending for our gold and silver when it goes to the mint. They also provide metallurgical test work and assign services for us and we consider them a critical supplier in the chain,” he says. “DNX provide not only the materials but the technology and the expertise to help us with blasting operations safely and efficiently and to improve over time. They're some great examples of people who have brought lots of aid to the table and we really appreciate working with people we can trust.”

With high ambitions for the future of the Tujuh Bukit mine, Moorhead points to how important it is that his company remain focused on the task at hand in order to ensure the mine continues its success. “We have key plans for the future of the mine and we can’t afford to be complacent. This year, we’re in the process of securing a large fleet and transitioning from a client of a contractor to an owner. It’s important to remember to develop people, systems and processes in order to do that successfully. You can't afford production to drop off during that transition,” explains Moorhead. “I would like to see the Tujuh Bukit mine continue to grow from strength to strength as we ramp it up to 8mn tonnes per annum. In a few years’ time, we could have two or three operating gold mines, an operating copper mine, and a major underground project development on our hands which would make us a very significant company worldwide in copper and gold. I want us to become a modern, sustainable, innovative and respected Indonesian mining company.” 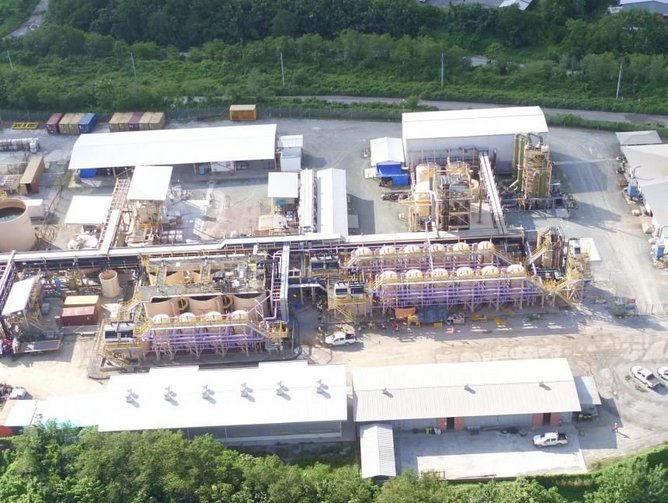 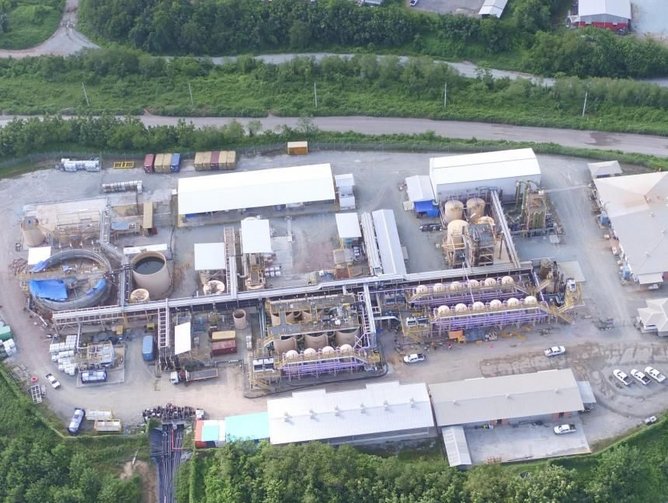 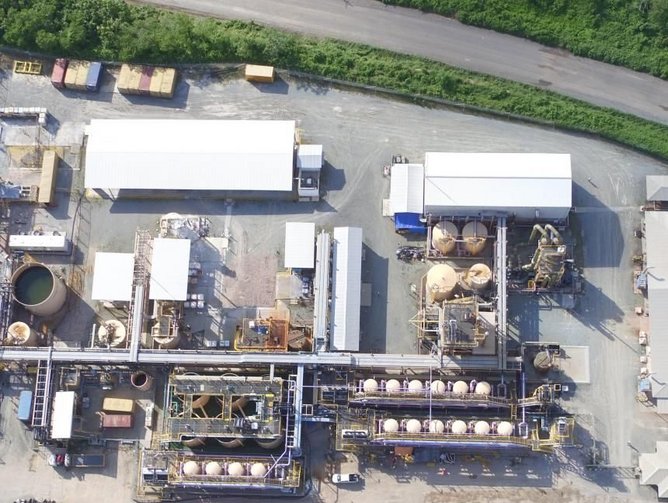 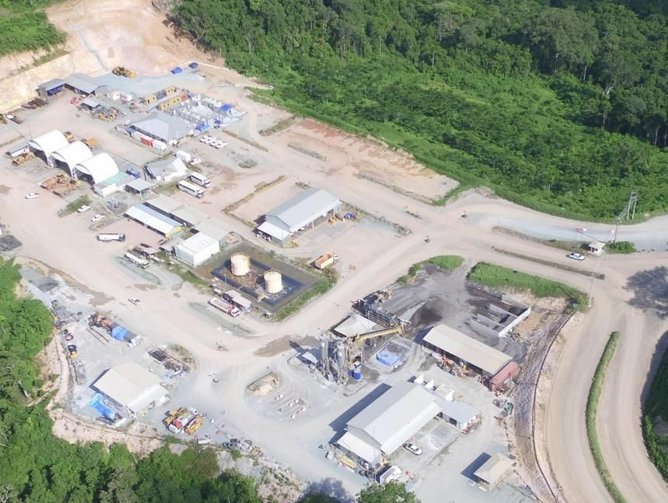 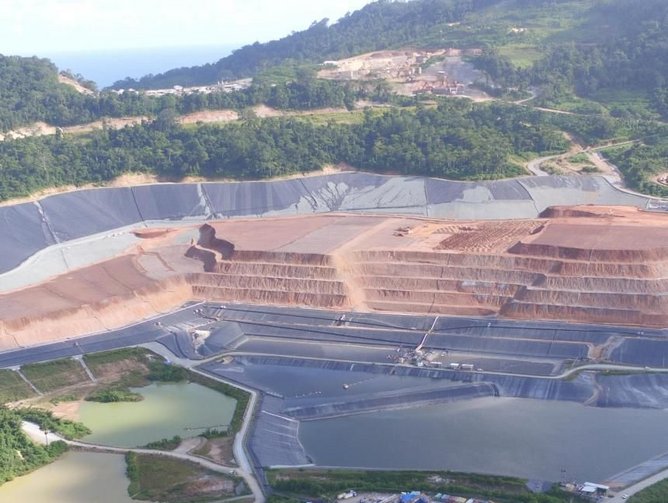 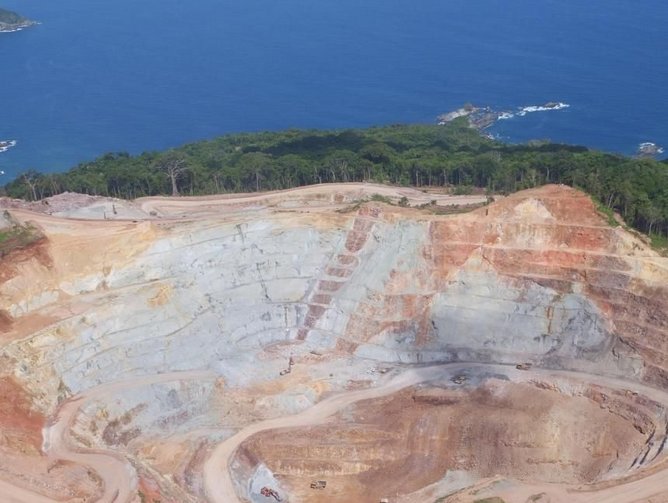 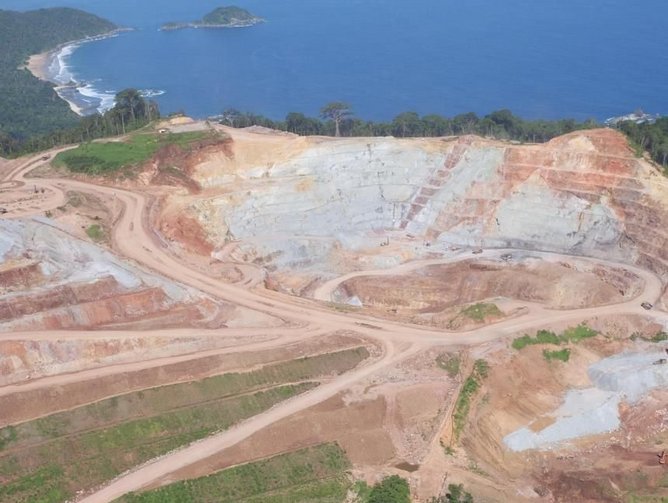 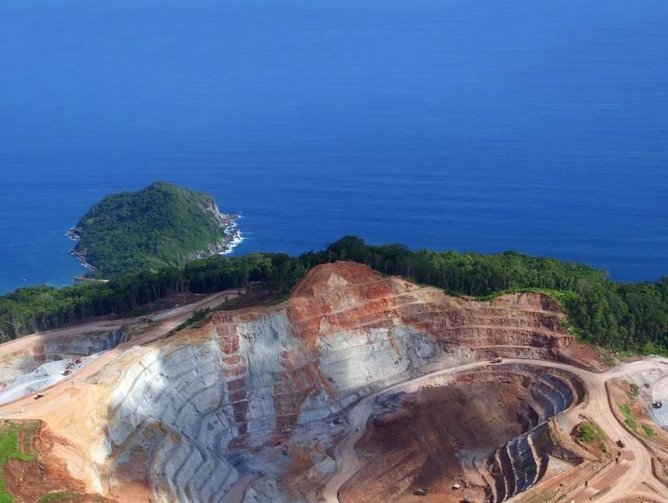 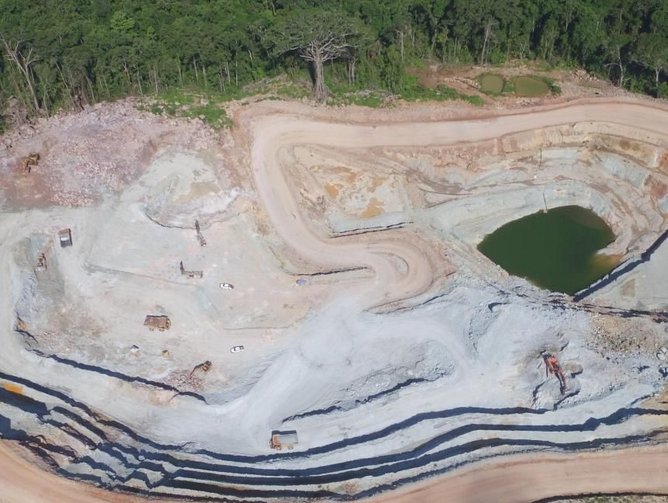 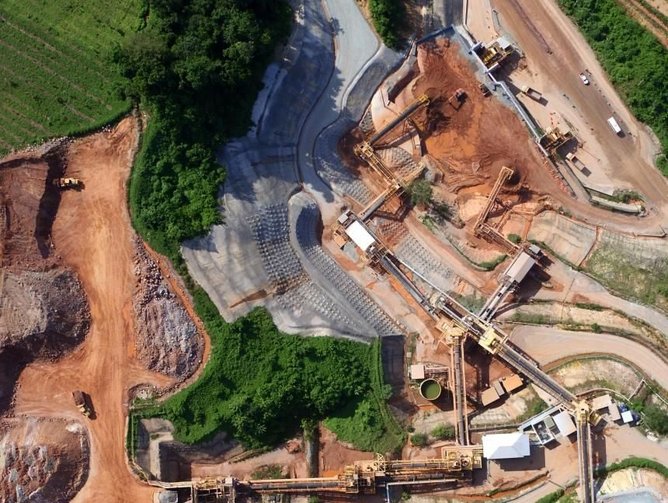 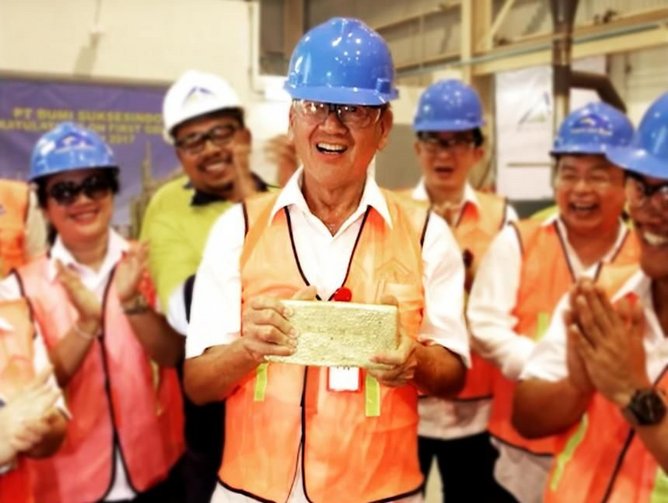 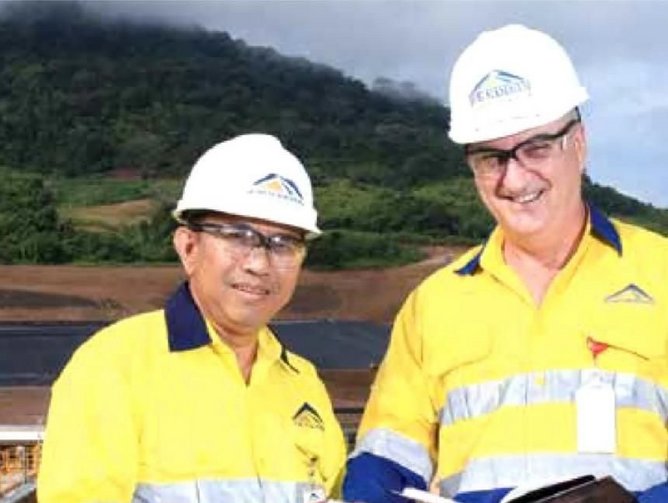 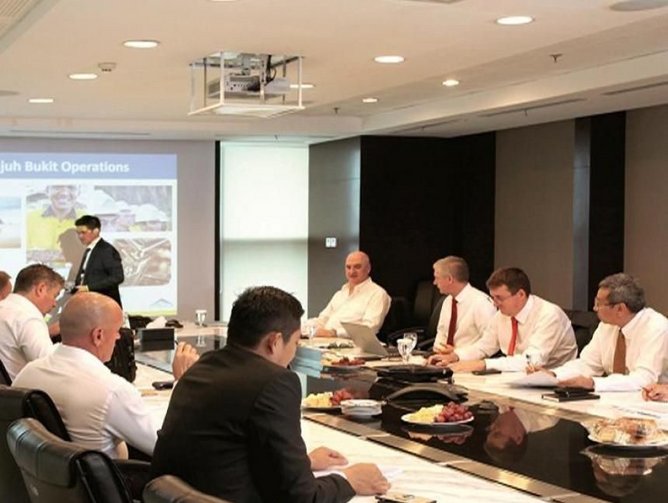