Malaysian Resources Corporation Berhad (MRCB) stakes a worthy claim to be the pioneering force behind Malaysia’s construction industry. A key player in some of the largest transit-oriented construction projects throughout Malaysia, including the first of its kind mini-city Kuala Lumpur Sentral CBD and the recently completed rejuvenation of KL Sports City, MRCB prides itself on its ability to provide more than just a project.

“A lot of the projects that we do, due to their size, have an economic multiplier and aid in the building initiatives across Malaysia,” says Amarjit Chhina, Chief Corporate Officer, MRCB.

“Building transportation and mass rail infrastructure in the country also creates spill over economic value; it takes cars off the road, aids productivity and gets people from A to B much more efficiently.”

Predominantly an urban transit orientated developer, MRCB’s developments are planned at the onset with concepts and objectives that seek to promote and enable direct integration of all city-like needs in order to create an “enriched and self-sustaining development”.

It is a model that the organisation implements across all of its projects and developments, and Izza Salim, Chief Operating Officer, feels that it is this easily replicated model that defines MRCB as a construction company of choice.

“This model can be replicated and adapted anywhere as it allows the primary ideas and concepts to remain and drive the design and construction,” she says. “But it can also provide enough flexibility to adapt to its surrounding needs, market catchment and existing accessibility.”

A shining example of MRCB’s portfolio is the aforementioned KL Sentral project. An example of innovative design, planning and execution, KL Sentral is an exclusive urban centre built around the largest transit hub in Malaysia.

Even with MRCB still developing the project, Chhina believes it truly represents MRCB’s status as a pioneer and a true example of that “spill over” economic value.

“It’s attracted some major multinational companies to have a footprint in Malaysia,” he says. “Google, PwC, Shell, General Electric are but a few who have set up shop here. This is certainly something that has never been done before.

Another one of the company’s most significant, and most recent projects was the rejuvenation of the KL Sports City. Originally built for the Commonwealth Games in 1998 and selected to host the Southeast Asian Games in 2017, significant redevelopment was required in order to ensure this huge complex would not only comply with the more modern health and safety standards, but also modern sporting standards.

Following the successful bid for tender, MRCB was given the task to redevelop the national sports complex in Bukit Jalil, including the national sports stadium, aquatic stadium, hockey stadium and in the indoor arena (known as the Axiata Arena) situated in the vicinity.

No easy task, and one that MRCB also took upon itself to go above and beyond delivering a simple rejuvenation.

“The upgrade also included an extensive revamp on the landscaping and public spaces,” says Salim. “The overall idea was to integrate and link existing facilities, i.e. public transportation, amenities, parking, to cater for large masses of population at a single time.

“The main focus was to provide accessibility and convenience for the public, enabling anyone and everyone to use the complex at any given time, not just for events but for daily use.”

That everyday use, going beyond being simply a sports venue for only major events, is crucial to the value that MRCB can bring not only to a project but to the wider Malaysian economy.

As a development, KL Sports city is much more integrated than what is typical of a development project like this. One only has to look at developments in place for events such as the World Cup in South Africa, or the London 2012 Olympics to see the question raised; what is the legacy of these projects?

This is something that Chhina is all too aware of.

““One of the main objectives of the transformation was to create a self-sustaining development for the Government,” he says. “It incorporates corporate boxes, which it never had before, with the aim of generating more incremental revenue streams moving forward. This will only continue into the future, infusing more sport content, food and beverage content, training facilities, sports injury clinics, all as a means of increasing that value and expanding the complex well beyond what it was before.”

For a project of this size and scope, a construction company is often given a timeframe close to 36 months to deliver. For the KL Sports City complex, MRCB was given 18. At the time of completion in 2017, the company can proudly say that it was successfully delivered in just 15 months that allowed the country to host the South East Asia 2017 games.

But what is the secret to this success? After all, MRCB was renovating a 20-year-old complex to cater for current and future needs based on international standards, all within a much shorter timeframe. And it did so with the pressure to remain on or under budget and the responsibility to develop a national project that would bring the eyes of Southeast Asia and the world down upon it.

In order to achieve this, MRCB called upon a number of specialist contractors and design specialists from all over the world, including the global architecture and design firm Populous.

Populous, responsible for some of the largest sport complexes in the world including the Yankee Stadium and the London Olympic Stadium, played a crucial consultancy role in MRCB’s delivery of KL Sports City.

“Populous brought with them incredible experience from all over the world and that really helped us in terms of remaining within budget and avoiding pitfalls that could lead to long delays,” says Chhina.

“With this project we had hundreds of people working at once, consultants and contractors all under one umbrella and so our experience in working to this scale proved key, particularly in planning.”

Fast forward 15 months and in late August 2017, the 30th annual Southeast Asian Games drew to a close at the newly redeveloped Bukit Jalil Stadium. Over the course of 11 days, KL Sports City saw thousands of attendees and performers pass through the whole complex, the success of the project highlighted for the world to see.

But the success didn’t just stop there as the complex was short-listed for the World Architectural Awards in Berlin. Selected amongst 17 shortlisted finalists, from thousands of global nominations, MRCB can be extremely proud of this recognition.

“We can say to ourselves that of course it’s a really good project,” says Chhina. “Others have seen it’s a real boost to our reputation. It shows that we are capable of delivering large scale projects like this on time and on budget. That’s what, as an organisation, we strive to achieve every single day.”

MRCB has a simple vision. “Setting the standard”, reads the company’s motto and through the development and successful delivery of projects such as the KL Sports City, as well as KL Sentral, it is a vision that the company continues to strive to achieve, not just for today’s construction, but also tomorrow’s.

“At our core we are an engineering company,” says Chhina. “Everything we do, be it building a corporate HQ, transportation infrastructure or a stadium, we approach it as engineers. We come up with solutions to problems.”

This is a sentiment echoed by Salim.

“Over the last 20 years we have been fine tuning and achieving greater standards and heights in terms of our development capabilities,” she says.

“We will continue to adapt and cater to the needs of the modern day and to the future.” 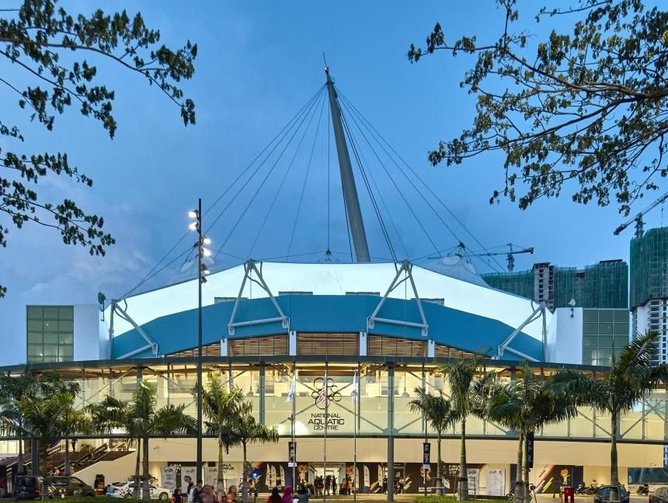 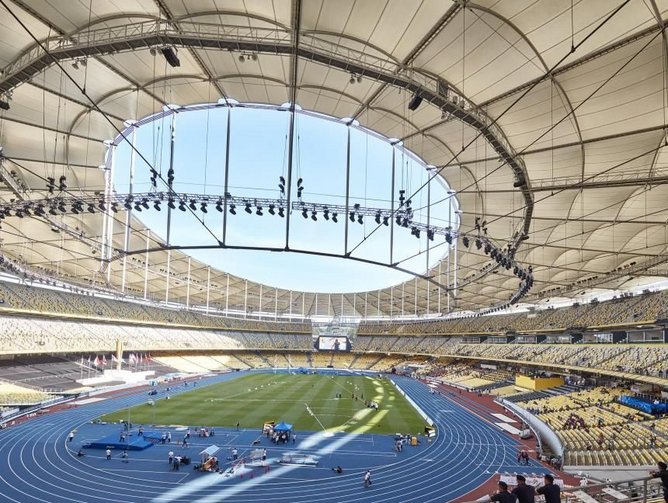 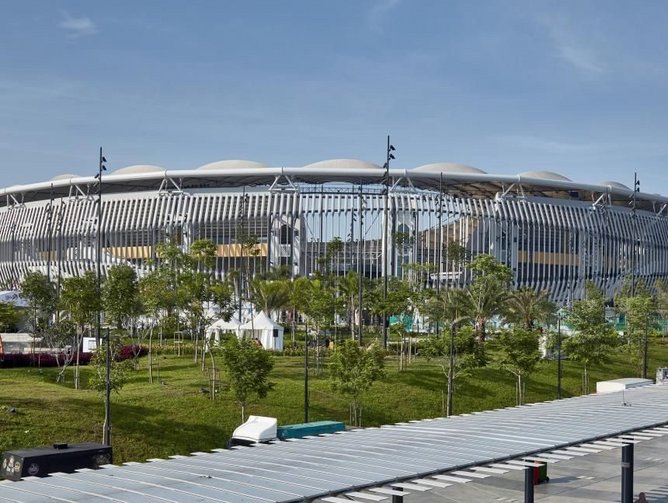 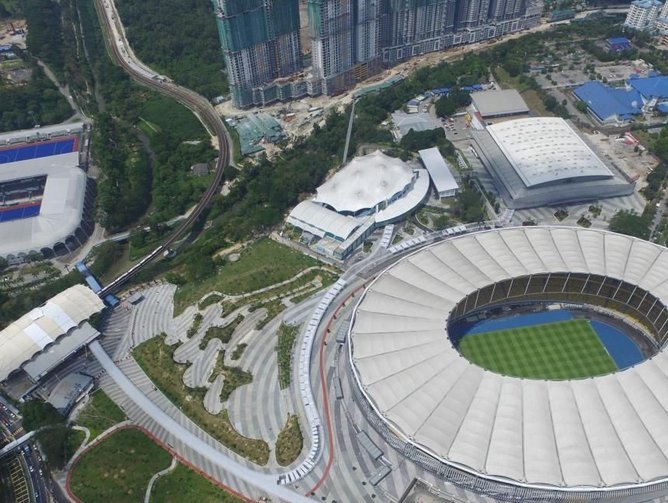 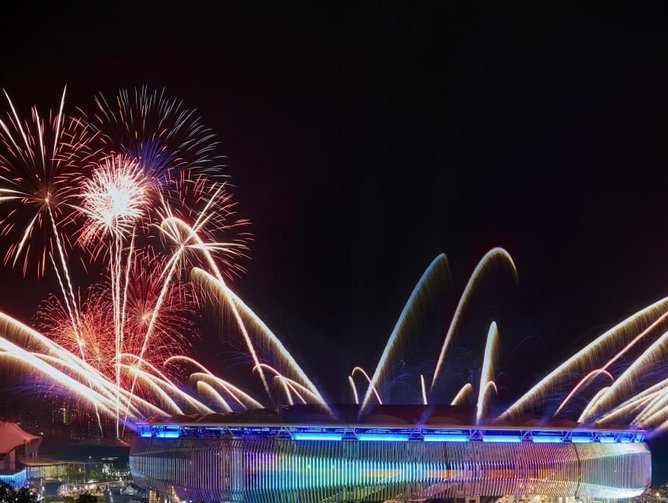