The brand new 1 Parramatta Square (1PSQ) building stands as a testament to Sydney’s long term commitment to education and architectural excellence. The development is the flagship building in Western Sydney University’s new Parramatta City Campus, and is part of a broader urban renewal project encompassing commercial and residential buildings, a hotel and community facilities. Developed by Charter Hall and built by John Holland, 1PSQ has already achieved key sustainably targets including a 5 star Green Star Education v1 design rating that was achieved in Q4 2016. We speak to John Holland General Manager NSW/ACT Scott Olsen about how he and his teams delivered one of the most exciting Australian construction projects of the year.

The Parramatta Square project is a $2 billion urban renewal plan centring around the new Western Sydney University Parramatta City Campus. (1PSQ) that was the first stage of the precinct completed in late 2016. The structure consists of 14 levels of A-grade commercial office space covering 26,500 square metres, with floorplates ranging from 1,400 to 2,200 square metres. Perhaps one of the most interesting things about this development is the ease of access afforded throughout the building by integrated inter-floor connectivity, a multi-storey central atrium, and numerous onsite amenities.

1PSQ sports a southern façade which provides visual connectivity and direct access to the occupants of the building into the public spaces in Parramatta Square, alongside a level nine terrace area offering breath-taking views of Northern and Eastern Sydney. With construction works commencing in March 2015, the building design actually came about as the result of an international competition won by Architectural firm Architectus in 2013.

Olsen adds: “We are undertaking an integrated fit out for Western Sydney University. We were originally only contracted for the base build D&C, but when the University came on board as a tenant, we were then able to integrate their fit-out into the build. This was beneficial for the customer, as it has allowed them to open sooner than would normally be the case, under the usual scenario of fitting out once the building is complete.”

On first glance, 1PSQ has clearly been designed to make use of light, but there is so much more that makes the building worthy of its 5 Star Green Star Education v1 - Design rating. Olsen explains: “The project has demonstrated leadership in materials procurement. All of the loose furniture, joinery, and flooring is environmentally friendly, containing eco-preferred content that is durable, EMS certified, and designed for disassembly.

“A green concrete solution delivered a 30 percent reduction in Portland cement content,” he adds. “We utilised mix water that contained at least 50 percent recycled water - and at least 25 percent of the fine aggregate consisted of manufactured sand. Program implications attributed to longer concrete curing times were effectively dealt with by the contractor team with no impact to project completion.”

He adds that John Holland has also been able to achieve a number of other sustainability milestones, including olland has been able to

a 50 percent improvement on minimum outside air ventilation rates, a 50 percent reduction in potable water use against ‘best practice’ benchmark, and a 27 percent reduction in the building’s discharge to sewer system. The project also exceeded a 95 percent benchmark with 100 percent of NLA divided into individually switched lighting zones not exceeding a 100 square metre area.

“Good sub-contractors are vital on any construction project,” Olsen says. “We have had good team work on site, with subcontractors and consultants collaborating well.” But this just scratches the surface of John Holland’s approach to managing talent – no mean task considering its core team of 30 can be supported by as many as 350 subcontractors.

“The safety of our people, and the communities we work in, is the foundation for everything we seek to achieve at John Holland,” Olsen adds. “One of John Holland’s safety objectives is that we will make safety personal, always. As part of this commitment we have undertaken a significant program of work to improve safety and encourage this sense of ownership and accountability for each employee.”

At John Holland, there is a company-wide commitment to sustained improvement in safety performance, which is underpinned by four strategic pillars – People, Systems, Leadership and Culture. “Our strategy focuses on embedding safe behaviours for everyone, regardless of their role,” Olsen explains. “This allows everyone to understand what is expected of them, and what they can expect of others. This approach is championed by the John Holland Executive Safety Leadership Team, which includes our Chief Executive Officer and senior executives.”

With decades of design and build experience, John Holland recognised 1PSQ’s ability to represent the best Western Sydney University has to offer when it comes to attracting the best students. “One design element of particular interest is the teaching studios,” Olsen explains. “There are four advanced learning spaces across the teaching levels. They each feature a lectern with touch screen and camera technology, as well as televisions at each desk. Students sit around the desks and can see and hear what is being discussed. People will also be able to interact remotely via these devices.”

John Holland has also utilised the latest technological advances to deliver the project on time and on budget – perhaps the best example of this is its use of specialist software. By deploying building information modelling (BIM) software, designers involved in the construction project have been able to work concurrently and collaborate in real time.

Having the winning combination of talent, technology, and design prowess, John Holland has been able to deliver a truly stunning project that students will marvel at for decades to come – all while ensuring that a building of this size has a positive social and environmental impact. Olsen concludes: “1PSQ is the first step in the revitalisation of Parramatta’s CBD, creating new public spaces as part of a vibrant city centre. It will bring students to the area and create a ‘buzz’ with the associated retail space.” 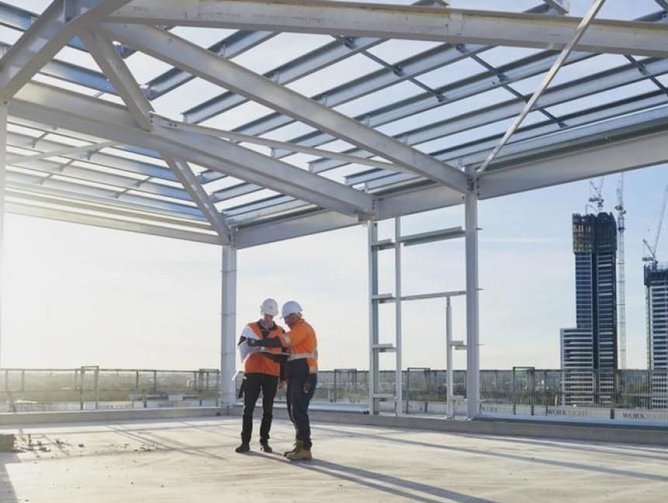 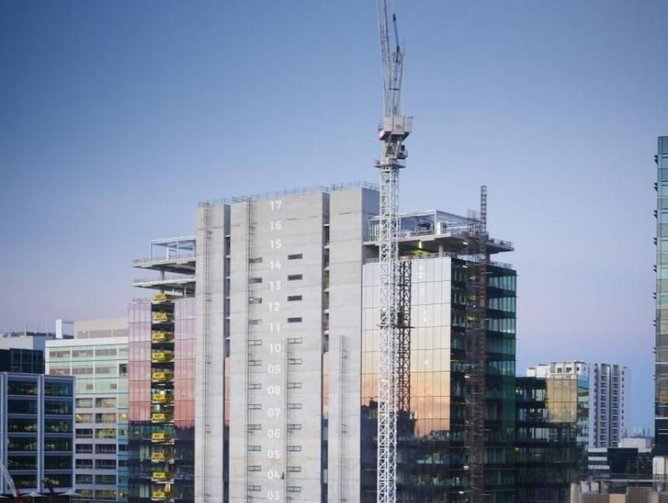 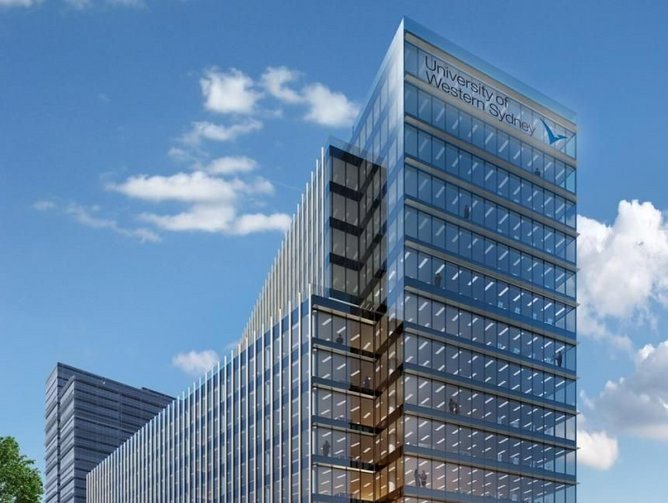 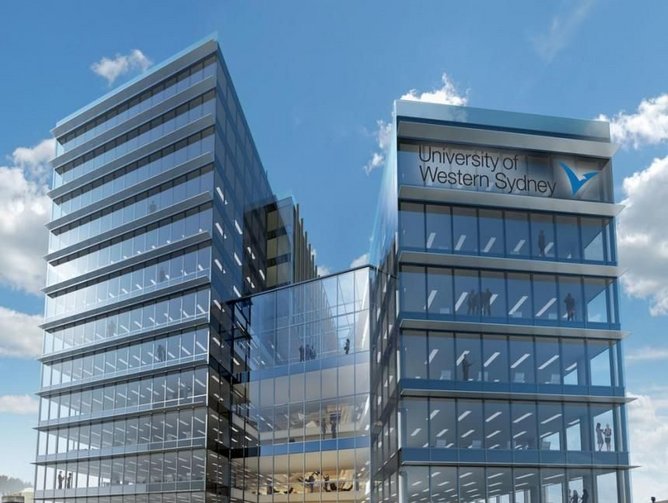