For as long as there are areas of difficult terrain in the world, there will be a need for specialised businesses that maintain and construct upon and around them. Such organisations are relatively few and far between, allowing those who understand the concept of high-level safety and skill in challenging environments to take the spotlight.

Geovert is one such business. Founder and CEO Anthony Teen saw a gap in the market and grasped at the opportunity.

“There were no companies around specifically doing what we entered the market to do,” he says. “It’s really a niche engineering market.”

Teen has a great deal of climbing experience behind him, including a variation called ‘big wall climbing’, whereby climbers take on the challenge over multiple days, haul equipment with them, and sleep on the cliff face in hanging “portaledges” at night. As such, he understands complex safety procedures as well as the nature of the specialist engineering work Geovert undertakes on a daily basis, and is able to spread his expertise from the top down.

The business itself started small. Now, it employs around 400 people and undertakes projects in Australia, New Zealand, Southeast Asia, and the US.

Among the largest projects for Geovert is the Toowoomba Second Range Crossing Project, which is a 41km heavy vehicle route set to transform logistics in Australia. It is funded by the federal Australian government and the local Queensland government, and will ultimately create a safer journey for heavy vehicle drivers and commuters.

“My first involvement in that area goes back to 2012,” says Teen. “The original Toowoomba Range Road was threatened by a huge block that had been identified as a risk, as it was hanging above a bridge. The Department of Main Roads and really didn’t know whether to touch it or leave it. The risk was if they touched it, a several thousand-tonne block could have fallen down and destroyed the bridge, shutting the road.

“We took our expertise and, along with the General Manager of the Northern Region for Fulton Hogan, I went up there to get a solution in place to protect the bridge and allow the block to be safely removed.”

Closely following the project completion were ferocious storms which impacted the entire region severely, including major flooding that required significant NDRA funding for repairs. Geovert has continued to assist in the ongoing solution, providing enough security that transport and traffic flow is tackled safely.

In a role like his, one might be surprised to learn that Teen believes official rules and regulations are very much for beginners. Far more important from his perspective is company culture, and if a team is proving itself to work in an unsafe manner, that culture should centre around seeking better leadership.

“Safety culture must come from the top down and is delivered at the coalface through the guys,” Teen says. “It’s a big push for us, internally, that they really care for each other.”

So, while this lesson is filtered down from management, it is the employees who must implement it.

“Compliance and the education around compliance is important from the company’s perspective in terms of legality but in terms of engendering a culture, that has to come from within the business.”

Creating the right working environment is vital, using simple tools like positive language and a no-blame point of view. There is an internal social media platform to create and expand connectivity across the teams, as they are spread through multiple countries, and it allows them to remain close and discuss projects.

So, what attracts employees to this niche, potentially risky industry?

“We pay massive salaries,” Teen says with a laugh. “But seriously, I could talk all day long about how good the company is and what the staff love about us, but as an example, we’ve just had a young guy start – complete bundle of energy – and he loves it here. The feedback I get from him is that it’s a totally dynamic environment with a lot going on and a good culture, transparency throughout the business, and people are passionate about what they do.

“Not all of the projects are exciting, but a lot of them allow the guys to travel to interesting places. Some of the more experienced workers have had the opportunity to work elsewhere for more money, and you think ‘why didn’t you go?’ But their answer is ‘I like it here, it’s dynamic and we are part of building a legacy’.”

Alongside a focus on sustainability, Teen is now concentrating on continuous improvement. While he admits this is not something that evolves dramatically due to the nature of the business, he is working on making some back-office processes more sophisticated, removing administrative components and making things more intuitive and user-friendly.

“We want the technology we do have to be at everybody’s fingertips,” says Teen. “We’re driving the technology that works for us and bringing in software as a service. In terms of continued improvement, we’ve done a lot with the integration of technology, so now if a project manager or engineer logs into the project section of our platform, all the information is there in one tab. Everything can be tracked electronically and all the parts talk to one another.

With all of Geovert’s past, current, and future projects being tackled with an accumulation of the company’s engineering skills and the pool of talent which continues to grow, the business is placed in a position of trust and authority, and will surely continue thriving. 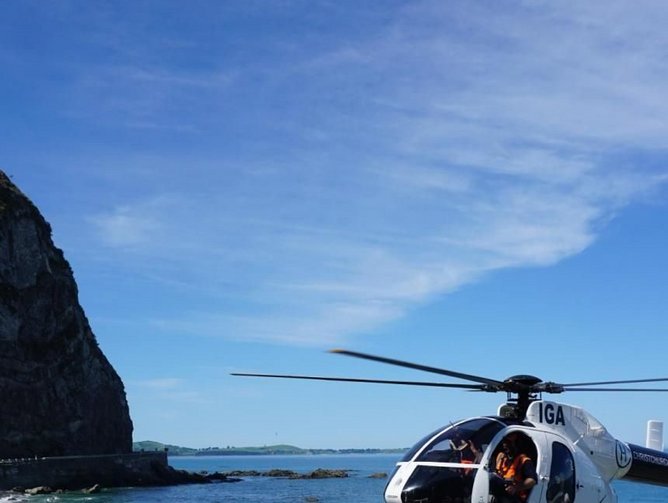 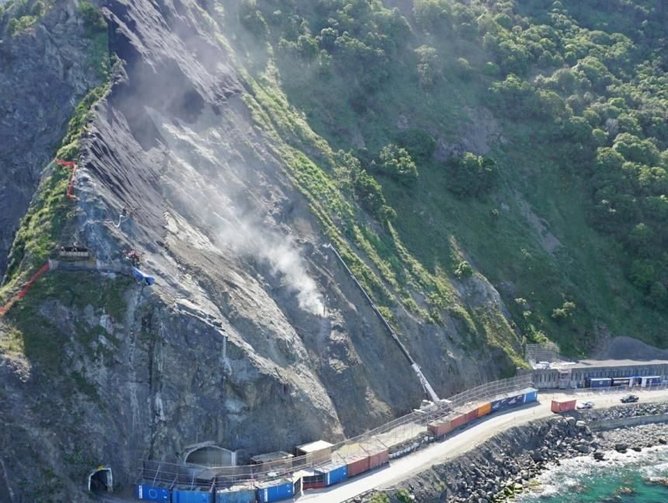 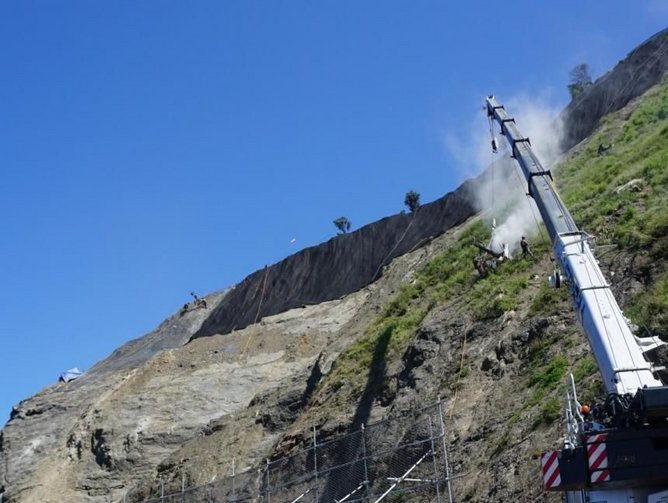 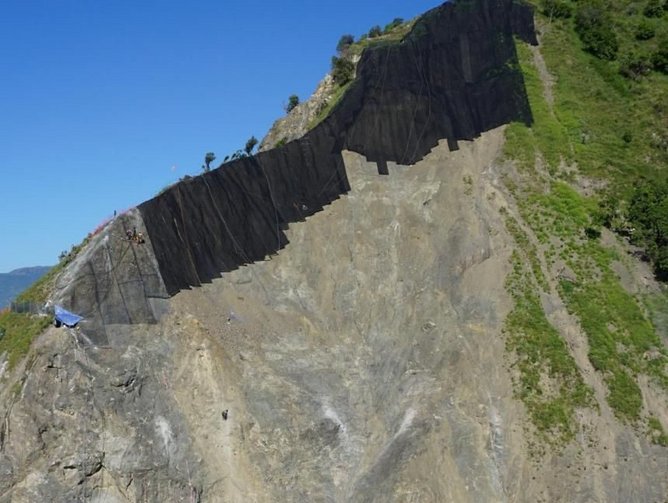 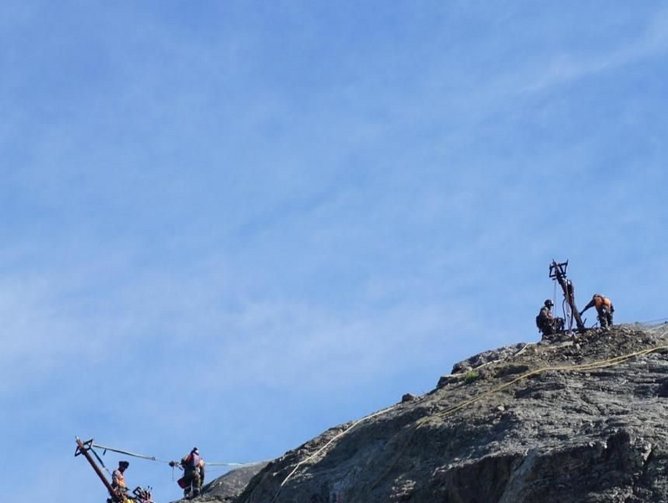 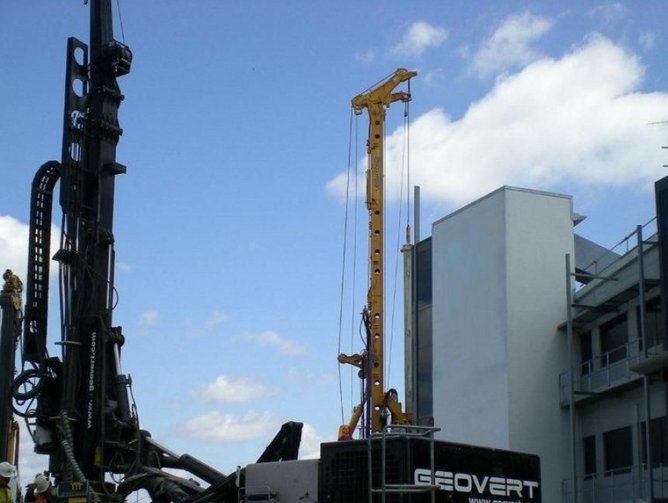 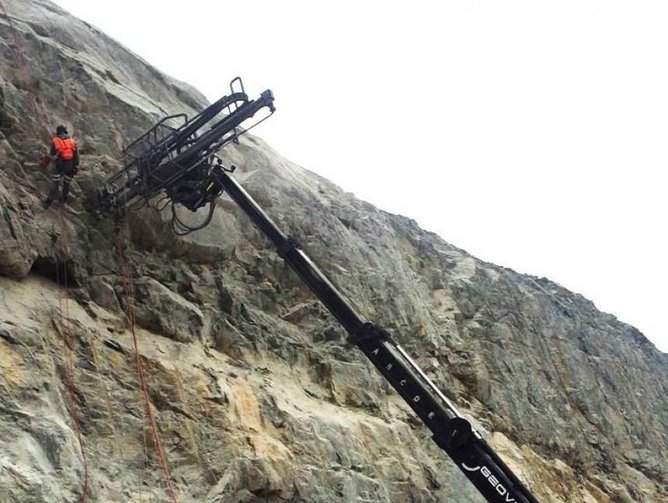 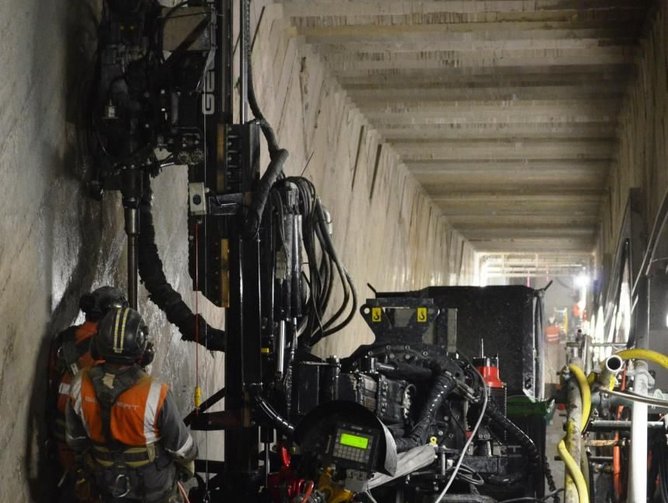 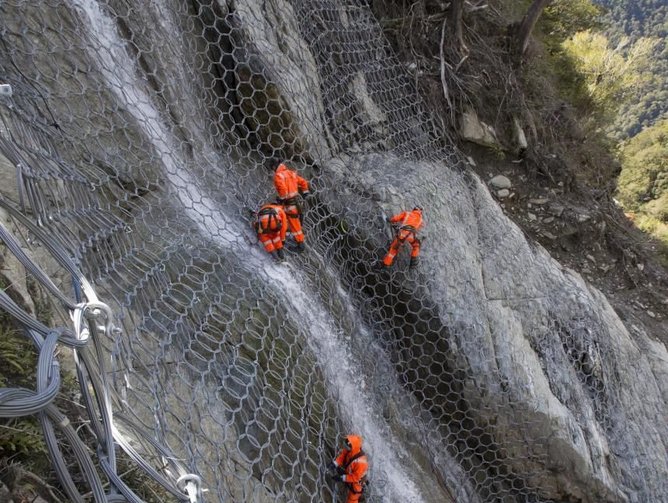 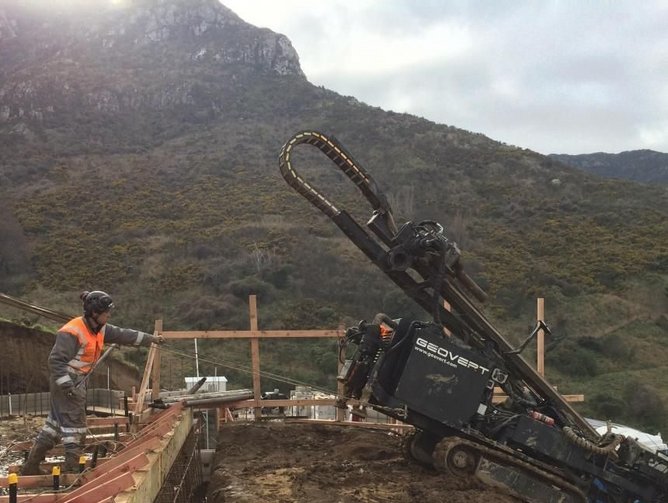 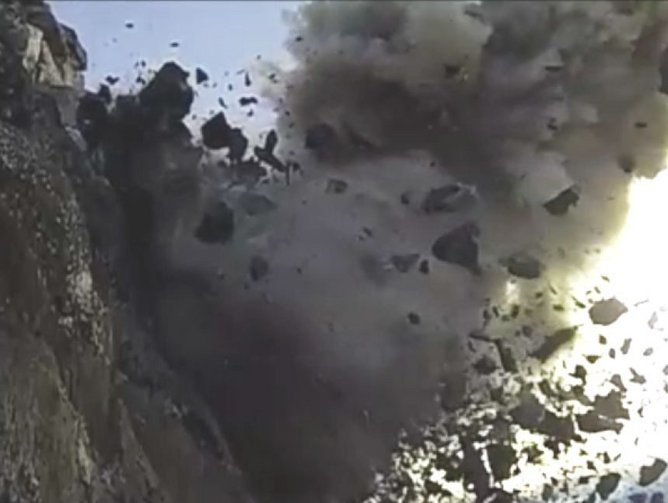 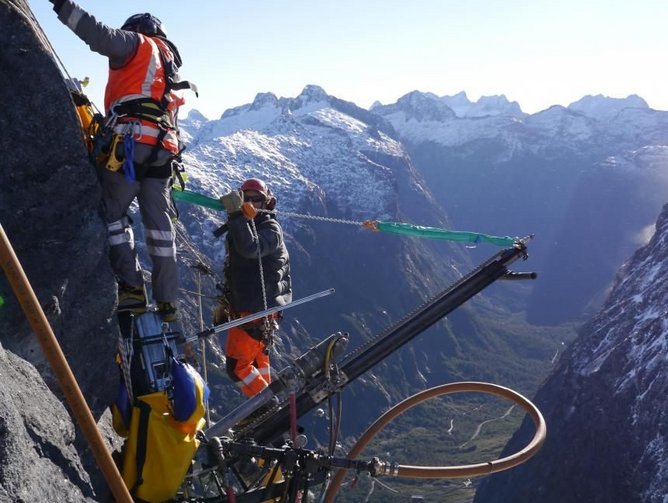 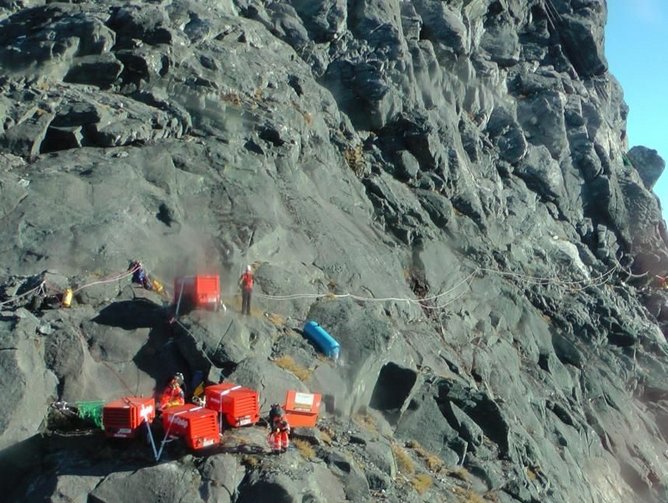 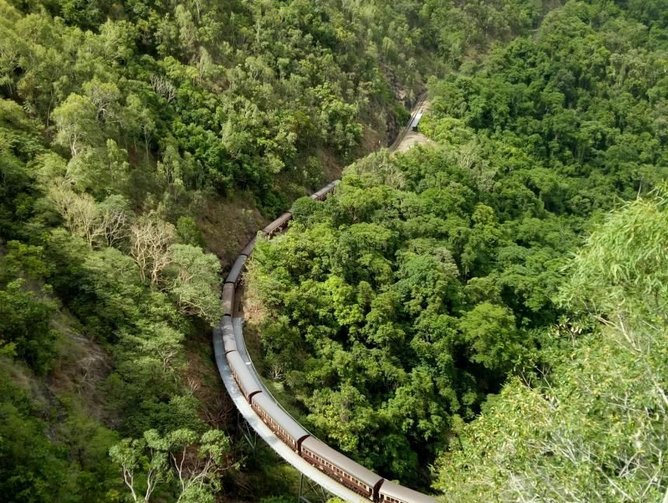 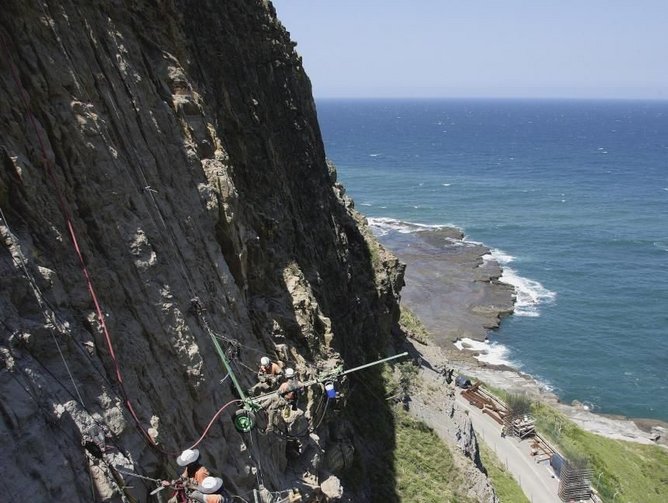 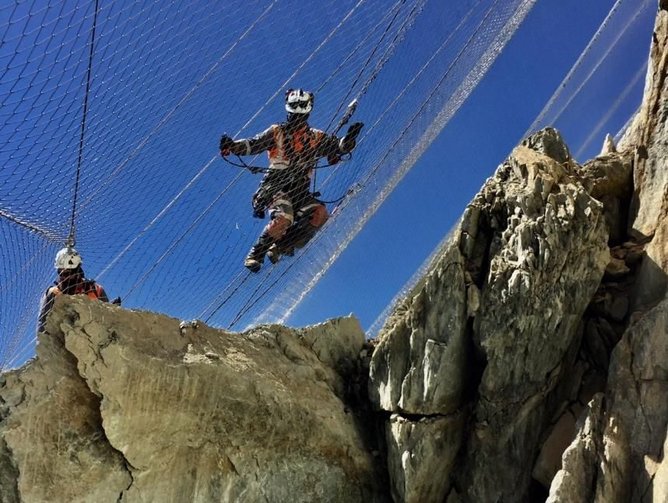