How Enervest is making solar investment a viable option in Australia

The case for renewable energy in Australia would seem to be a no-brainer. It's a country baked in sun, with a 14,500km coastline and plenty of space in its open, windswept interior. What could possibly prevent it leading the world in generating electricity from these superabundant solar, tidal and geothermal resources?

A boom in installations of solar systems on domestic roofs became the victim of its own success. Early investors saw good returns: customers in Queensland who applied for the state's Solar Bonus Scheme before 10 July 2012 continue to receive a feed-in tariff of 44 cents per kilowatt-hour for excess electricity exported to the grid. But maintaining eligibility can mean sticking with the same energy provider and not moving house.

Feed-in tariffs started as high as 56 cents per kilowatt-hour but had been cut to as low as five cents by the beginning of 2017. At that level, when it is considered that most domestic electricity is consumed at night when panels are not generating power and you're buying it in at 30 cents, it is hardly worth selling the excess. Also, the solar industry's name began to be tainted when the market woke up to the poor service and warranties that were a characteristic of the rash of under-capitalised installers. Over 570 of these companies went bust over the last decade, a higher rate than in any other sector.

Government policy changes and a failure to get fully behind renewables have also contributed to the problem. “Education and the private sector, including Catholic schools, are ahead of the policy makers,” says Ross Warby, Founder and Managing Director of Enervest. “They (the Government) had two big issues to face last year – same-sex marriage and energy. With the first finally resolved, let's hope they now get to grips with the second.” The public is catching on because to them it makes financial sense. With ROI between 20% and 30%, solar energy is a spectacular and very safe investment. There's also a new and compelling opportunity presented by the growth of battery technology. By storing night time generation, users can cut the amount they take from the grid to as low as 3% of their total requirement. Typically, a battery provides six to 20 kilowatt hours of usable stored power, giving virtually 24-hour renewable power.

Ross Warby kicked off 7 Star Solar in 2011, moved to the present office at Cremorne, Victoria, in 2016 and had installed 1,000 solar systems totalling over a megawatt of installed power by 2014, when the name of the company changed to Enervest. A key achievement at that time was accreditation with the Clean Energy Council, the Housing Industries Association and the Master Electricians Association. That year also saw the completion of its first really large project. Mazenod College decided to commit to solar for a number of reasons. As a large Catholic school, it wanted to do the right thing. As its principal Fr Michael Twigg said: “Mazenod College has made an investment in solar power because we have a responsibility to reduce our carbon footprint for the benefit of future generations.” Like many other schools, it saw the opportunity to use the move as a teaching aid, encouraging greater awareness of alternative energies, respect for the planet and alternatives to an excessive lifestyle through more sustainable living. Cost saving and a $50,000 grant from Sustainability Victoria would have been important too.

This was by far the largest solar installation at any school in Australia at the time. It's still the hardest job he has undertaken, reflects Warby. “The school had grown piecemeal over 50 years. It has eight buildings sharing five different addresses, varied construction and odd roof designs. We needed a lot of engineering approvals from the power company before they'd allow it to go onto the network, and where normally you'd have a central switchboard, we were required to put switchboards in at each building at a cost to us of about $10,000 apiece.” Because of the scale and uniqueness of the project, the power company demanded higher levels of protection than normal, but it was a great learning opportunity and testbed for the education sector, Enervest and the utility company alike. Schools have the potential to export substantial power back into the grid during weekends and school holidays, creating a regular source of income from the electricity provider.

The 269-kilowatt project involved installing over a thousand Virtus II solar panels supplied by the Chinese manufacturer ReneSola. The system delivers an average of more than 1,000 kilowatt hours of power daily. In terms of carbon footprint, approximately 350 tonnes will be saved annually, reducing the impact on climate change. Enervest has installed many other school systems since this one, and has just signed with another six Catholic schools in the Melbourne area that collectively amount to about six times the size of Mazenod.

Enervest has no sales team as such. It is, says Warby, heavily partnership and referral focused in its key markets. It has focused on the education and agriculture sectors till now, though in the coming year it plans to return to the domestic market and establish itself as a leader in solar and battery combined systems. The cost of energy in Australia is fast becoming unsustainable, he explains, giving the example of a large Victoria food company with a monthly energy spend of $44,000. When its contract expired in December 2017, the best deal it could find came in at $78,000 each month. “That's why high energy use companies are turning to renewables: they can more than halve the cost of grid power. Any business staying in its own premises for two or three years is foolish if it is not tackling its energy outgoings.”

With solar panels now a commodity, battery technology is growing more than any other part of the industry. The biggest name in that industry is undoubtedly Tesla. These days Ross Warby is to be seen driving around Melbourne in the company's new Tesla car, one way, he says, to show the way to a sustainable future. Tesla is not the only battery on the market but its second-generation Powerwall is probably one of the best value and the best marketed, he says.

The image of these products has been given a major boost since the commissioning in December 2017 at a wind farm at Hornsdale, South Australia, of the world’s largest lithium-ion backup battery. Already it has far exceeded expectations, smoothing out at least two major energy outages faster than the coal-fired backups that were supposed to provide emergency power. This month the Loy Yang coal fired power station in Victoria suffered a sudden, unexplained drop in output prompting the Hornsdale battery to respond in under four seconds. “That's great for the industry,” says Warby, “at a time when the government is touting the unreliability of renewables.”

From here on in, Enervest is looking at diversification and geographic expansion. It has invested in two acquisitions that give it capability in the fields of operational maintenance and photovoltaic construction. Warby sees this as a chance to leverage the growth of utility-scale solar and pick up maintenance contracts. A standalone subsidiary that can provide labourers and electricians to carry out its own and other contractors' construction and installation projects will position Enervest advantageously in this burgeoning market.

But a project with even greater potential saw Warby in USA recently. The sheer volume of the American market – 330mn population compared with Australia's 25m – is the main attraction, but he points out the need to understand that market. Regulations and standards vary considerably, as does the technology. Inverters are the key to a modern solar system: Enervest's main inverter partner, the Austrian manufacturer Fronius, commands 50% of the Australian market but only manages 8% in America. This is a technical issue that he thinks can be overcome, creating a real opportunity for his company, which is able to service Fronius products in the field. To gain a foothold he thinks northern California or New England will prove the most receptive in what is, compared to Australia, an immature domestic solar market. 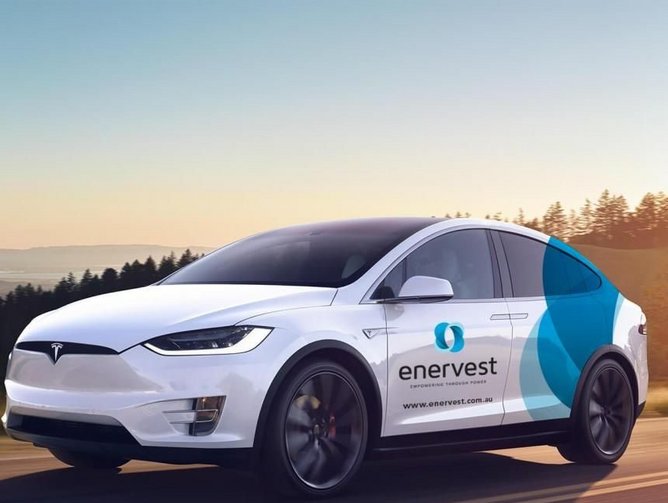 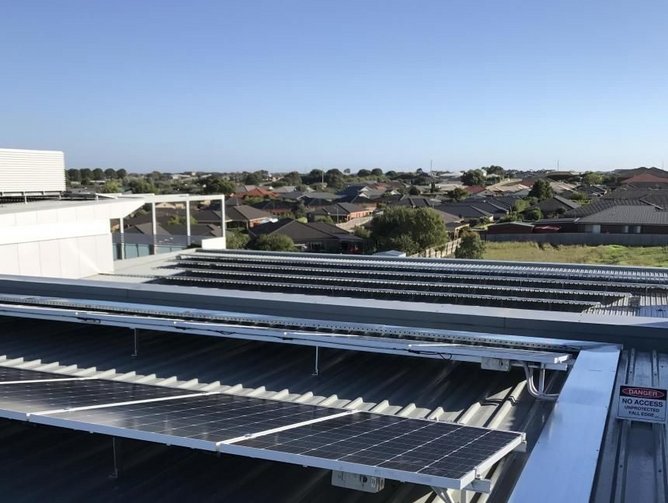 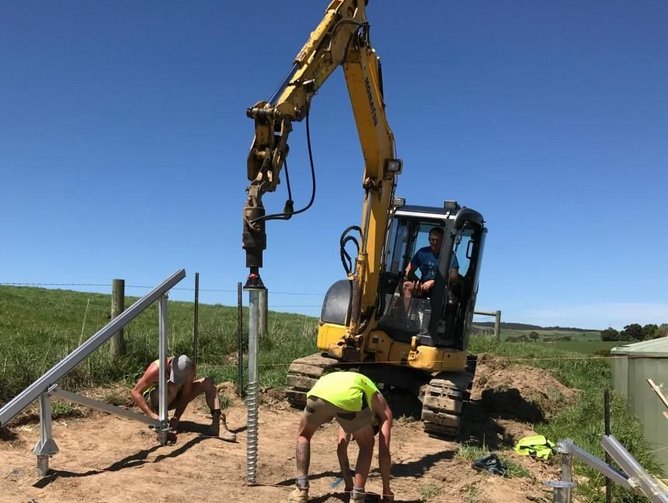 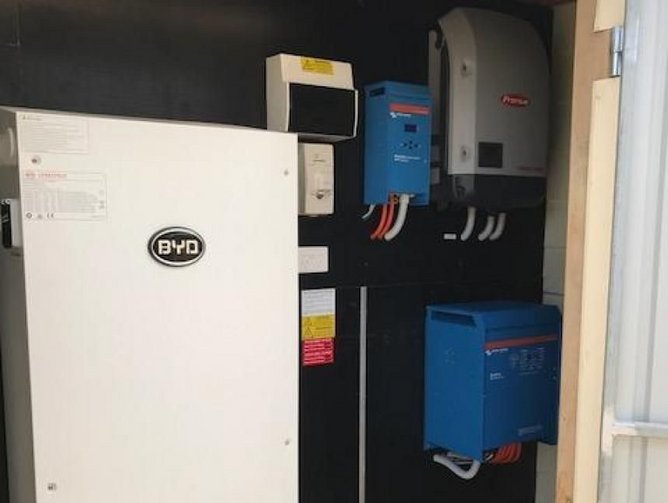 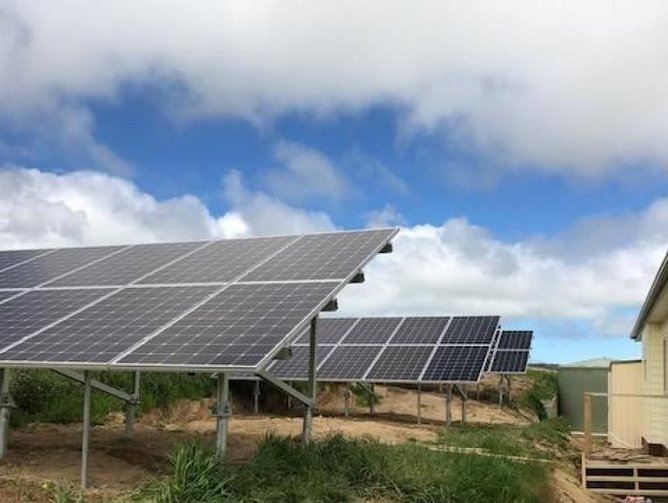 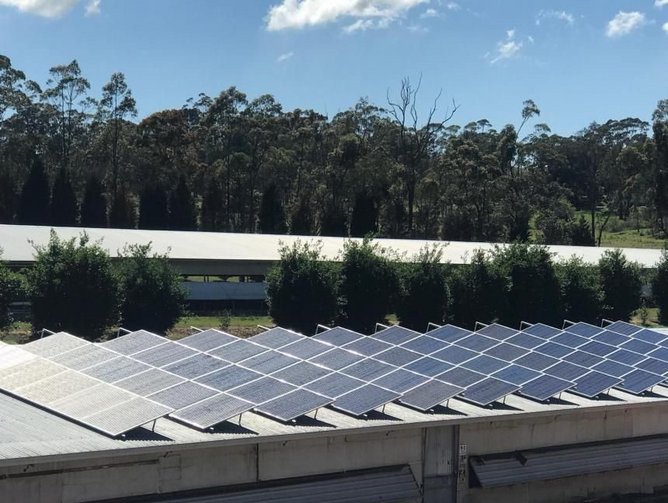 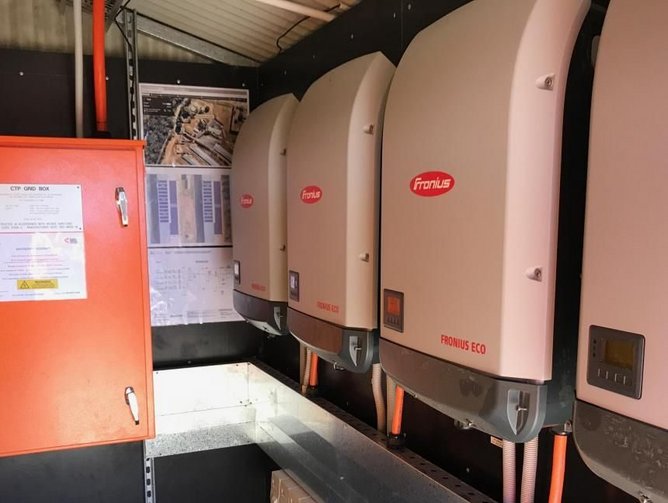