Digital Realty prides itself on delivering a portfolio of data centre solutions with a record of 99.999% uptime for the past 11 consecutive years, equating to more than 1.7 billion operating minutes, unmatched by any other data centre provider in the world.

It has more than 195 centres globally across over 30 markets throughout Europe, North America, Asia and Australia, servicing top-tier clients including Facebook, IBM, AT&T, LinkedIn and Equinix. Its Sydney data centres are hugely important to its Asia-Pacific business and SYD 11 – its new Digital Erskine Park 2 Data Centre – is the new kid on the block, following the adjacent SYD 10 facility.

The SYD11 facility on 13-23 Templar Road is the largest facility the business has built in Australia and is located adjacent to its existing data centre in Erskine Park, which opened in November 2012.

It opened to much fanfare on the 15th November and is a 16.8MW two-storey, six-data hall facility data centre with office space. MV Power Generation (11kV) is installed within the SYD11 facility, capable of efficient and fast demand response and to date, the capital investment for the facility is around $100 million, with another $50-100 million to go.

“We're just finishing at the moment, putting the final polish on,” says Daniel Howard, Digital Realty’s Director of Construction APAC. “It's a two-story data centre and we are using the lightest technology in lithium battery UPSs, which has given us a much more streamlined footprint, so we can fit more power into a small space in comparison to our previous generation data centres, such as the SYD10 Erskine Park I facility.

“We’ve got MV Power Generation so we've got the ability to come off grid quite simply now and can support the whole site with generation. This allows us to match the generation capacity to the load experienced at the time, whereas, with the traditional or low-voltage generation system you can’t really align your generators that well with the load, so you can quite often end up running more generators than you require.

“But with the MV generation, we can select which generators are required and match it to the load that's experienced on that day. We've completely fitted-out the first level – half the building – with IT power ready to go so you can power-on generators.”

The next phase to be fitted-out with UPSs, generators and capacity is the ground floor, and that should be completed by the middle of next year. Interest in the building is off the scale due to Sydney being a global hotspot for innovation. It boasts the biggest tech start-up ecosystem in Australia and ranks 16th among 20 cities on the Start-up Ecosystem Index, with 64% of Australian tech startups in Sydney.

“The demand that's in the market in Sydney at the moment is unprecedented with regards to data centre capacity,” adds Howard, who is an expert in the delivery of complex data centre projects, with experience in project management, design management, construction management and property development. He built the SYD10 Erskine Park I facility in his previous role at FDC Construction before moving client side.

“This building may be completely filled up within a year of its opening, which is exciting in itself. We have existing customers that are energising or going live very soon after we hand it over to them, so we’ve fitted-out two of the six data halls and we're in discussions about the remaining four data halls to be leased.

“We've built-in the SCEC requirements within the fabric of the building so that any customer coming in can upgrade their data suites to SCEC which allows for the government work. It's exciting to see so much interest in the building, and in contrast to our previous buildings, that has probably been a steady fill over a four-year period.”

When it comes to construction, the business’ partners include key contractors, including A.W Edwards, Barnwell Cambridge for electrics, D&W Plumbing, Cummins, Schneider and Parratech.

“Construction is always challenging,” he explains, “but we've got well-established relationships – and when you're working with people that have worked with you before, it makes it a lot easier.

“We grab our knowledge from across the globe. We've got our design construction centre in Boston and we use our experience across all the facilities globally in both building construction techniques and technology.”

“It's what they call an ‘indirect free cooling system’,” he adds. “It has a roof-top economiser and pump refrigerant that uses the outside air to cool the facility without having to bring the outside area into the facility.

“We're the only company in Australia that I'm aware of that's using the BSE system and we pioneered that with Vertiv in the United States for our US systems. We’ve applied it in Australia because it’s a very good climate for us so we're getting low PUEs across construction, high reliability with the BSE system and just overall energy efficiency.

“The major variable with technology is generally cooling equipment based on different climates around the world. In Sydney, we've gone with the US-style sort of Virginia-Dallas DSE units, whereas in Europe we use an indirect adiabatic solution because it's got a cooler climate.”

Indirect adiabatic is essentially a cooling system that relies more on water than it does power. In European regions such as Dublin, for example, where you've got the maximum temperatures of 30 degrees, you're able to use that with much less energy.

“In Australia, we need to have provisions for the 45-46 degree days that we have every now and again,” he adds. “We need equipment that will accommodate for that but also when it's not 45 degrees it's still very efficient, and that's where the BSE system has come into play.”

Digital Realty has also just secured land for the construction of another two-story building nearby (Sydney) of around 16,000 square metres which will go through the planning approval process in tandem with fitting-out the remainder of SYD11 so there is another facility ready to go as soon as that capacity is leased-out.

“It's good to be in a position where as soon as we're finishing one building, we're thinking and acquiring land for the next,” adds Howard. “The key thing about Erskine Park is that there are probably three hubs in Sydney at the moment.

“You've got one hub in and around the airport where a lot of the sub-sea cables are landing, which have the connections to the rest of the globe up to Singapore and Guam and over to the US and New Zealand.

“The next hub is probably the Macquarie Park area, and then, the last hub is out in the Erskine Park Eastern Creek area. The major attraction to that area is the ability to do large scale because of the power availability in that area.”

There are multiple data centres within the area, so it's carrier-rich, with lots of communications cabling around the area, and the Western Sydney Bulk Supply Point Substation – a 1500 MVA transmission station – is connected directly to the power station.

Next on the construction agenda for Digital Realty is doubling the APAC footprint, with the new space in Sydney, land in Melbourne and acquiring more space in Singapore, Osaka and Tokyo.

“We're looking for sites that are around two to four times the size of our existing sites,” he adds. “We're now looking at six to 10-hectare sites; that's just an indication of which way we're going.”

“In Osaka, we’re working on developing the next 70 megawatts of IT load for our clients and the market. We’re also undergoing a process of procuring renewable energy and that’s where the data centres have the biggest impact with regards to energy consumption.”

Howard, who was the project manager for the general contractor client side and organised all the steel and trades for the first three Sydney facilities, will be overseeing all the builds. He’s worked with all the vendors at a direct level, as well as being the one step away from it, and says “It’s a good thing because we've got a very good relationship with the contractors.

“It's very important that the contractor relationship ensures that the people who are doing the work are aligned with what you're trying to achieve.” 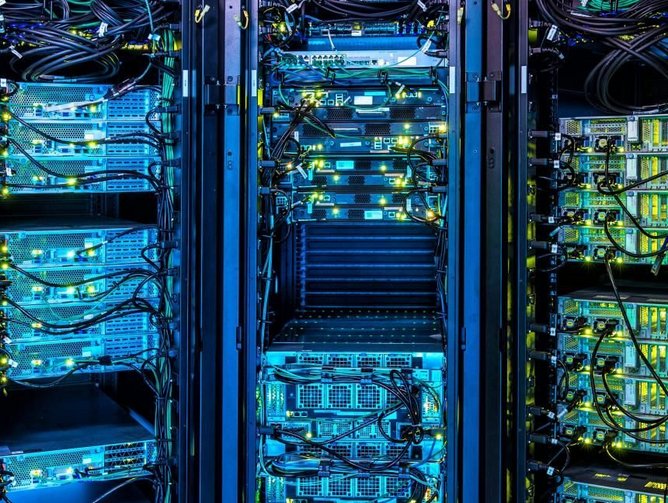 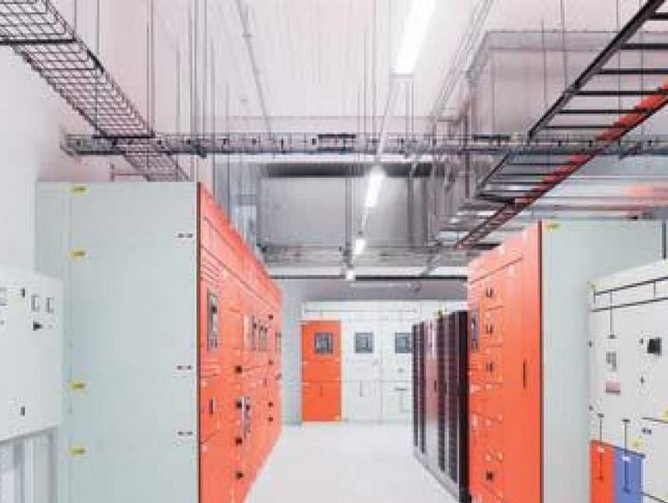 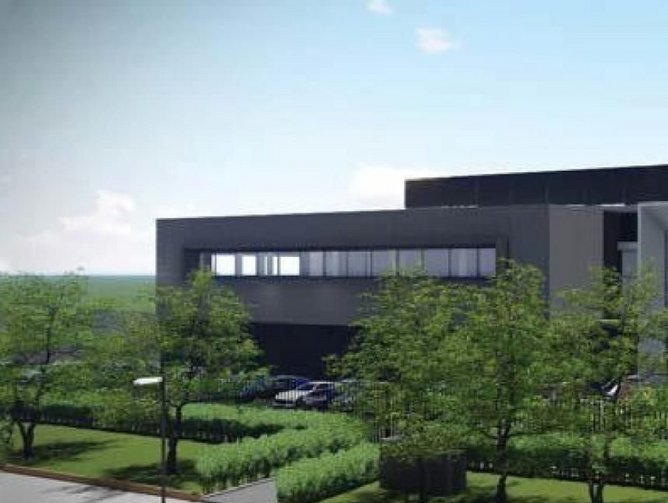 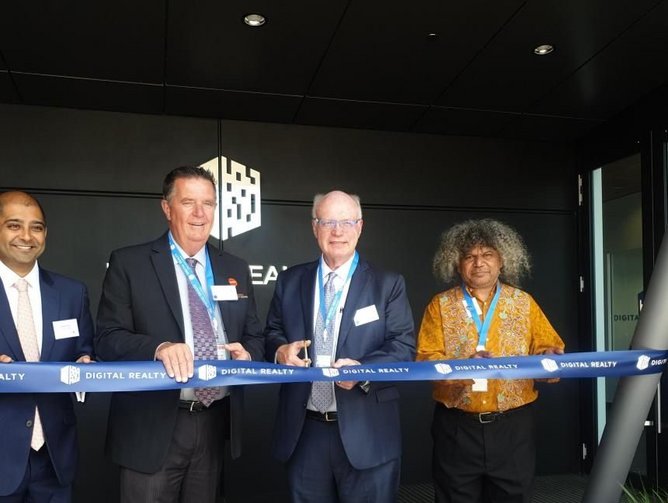