Out of Home, or public space media as its practitioners are coming to call it, is attractive to advertisers because it gives them access to a stable, growing cross section of the population. Only a recluse can fail to be aware of the messages that sit on roadside billboards, retail centres, airports and bus shelters. Sit is the wrong word though – modern technology allows these messages to be dynamic, varied, attractive and immersive. Not surprisingly public space media advertising is growing faster than any other kind, and media dollars are steadily moving towards it and away from print, TV and even online.

In a word, UNMISSABLE – oOh!media’s strapline says it all. The business was founded by Brendon Cook nearly 30 years ago in Sydney, where it still has its headquarters. He is still very actively at the helm as CEO of the leading public space media company in Australia and New Zealand, which employs over 800 people and has a market cap of more than A$1bn and revenues of $483mn in 2018. Cook has grown his company through a combination of acquisition (most recently the $570mn purchase of Commute by oOh!) and organic growth; however, he has increasingly placed his faith, and investment dollars, in the rapid digitisation of the industry.

oOh!media is the biggest player in the ANZ Out of Home market, with 45,000 screens, around 20% of them digital, at 30,000 locations across Australia and New Zealand. The future of the sector lies firmly with digital assets, so from as early as 2012 the company set out to exploit this trend, however you can’t manage digital assets with traditional infrastructure says Andy McQuarrie, who joined the company as Chief Technical Officer in 2017. McQuarrie has 20 years’ experience in IT including 12 years leading infrastructure and software engineering teams at Sky – his mission at oOh! was to map out and execute not only the company’s IT journey but a root and branch business transformation.

The journey has basically seen oOh! migrate from its traditional on-premise back office systems to a cloud native platform built in house. It was an ambitious step. “Late in 2016 we decided that we would embark on the journey to build next generation of public space media AdTech platform and run it on AWS.” Two years later, after a huge effort on the part of Andy McQuarrie and his team, the network had been re-architected, the most sophisticated Palo Alto firewalls put in place, and legacy back office systems migrated to a cloud native platform hosted in AWS.

Rather than a big bang migration, though, McQuarrie opted for the Strangler pattern documented by Martin Fowler, whereby the new systems are introduced around the edges of the old, progressively replacing them until the legacy systems are decommissioned. Doing it this way, he says, made for a smoother introduction and allowed his team to develop an intuitive user interface. “We opted for the Strangler approach because it is very safe and it allows us to move methodically from old to new in a way that doesn't disrupt the business at all.”

With the number of digital assets increasing rapidly, Sales and Operations had to be streamlined, allowing new and existing customers to make best use of public space media with minimum fuss. Automating much of the sales process allows oOh!media’s salespeople to spend more time engaging with the market and less on admin. “One of the things we are really trying to drive into the business is the idea of a machine learning co-worker that can do the heavy lifting. For a company of our size none of this would ever have been possible without a public cloud like AWS.” Significant time savings have already resulted. Sales personnel can generate proposals far quicker than before, allowing them to concentrate on adding value for the customer – something McQuarrie remains convinced will always be better done by humans however much the machines learn!

To rebuild the company’s software and create this new cloud native platform in house was a large undertaking, but McQuarrie does not believe in placing business critical software development in third party hands. “I firmly believe that the best software outcomes come from internal teams of permanent and committed people.” The organisation he came into had plenty of capable people in it, but he could see that the team needed strengthening. “We partnered with The Onset, a leading IT recruitment agency, explained the journey we were on, and asked them to sell our vision to the Sydney market in our search for high quality developers. It was important that the people we chose not only had high technical skills but were a good cultural fit and understood where oOh! was going.”

The original 10-strong IT team has now grown to 50, a process completed in just 18 months. “I am truly fortunate to have a team that is both highly skilled and very passionate about what we do. I firmly believe that a good team comes first and that the good software is an outcome of that.” Forging this team had its challenges, especially early on, he admits. With the core team effectively doubling in size, as much effort had to go into team building as into building software, so a lot of attention was paid to internal and external training. Agile practices such as daily stand-up meetings, retrospectives and fortnightly iteration planning (IPM) meetings were followed, not only to drive the project forward but to bond the team.

The esprit de corps of oOh! is a great mixture of informality, friendship and family feeling with strong structures to support people. “Brendon Cook and our head of Chief People and Culture Officer Steve Read have put a huge amount of effort into creating and maintaining this culture,” emphasises McQuarrie, “so I’ve tried to create a technology version of that. It’s very important, he adds, for the tech team to understand and buy into the ethos of the business. “Sometimes when you are building infrastructure it can be hard to show that it relates directly to business outcomes so we make a point of making sure that as far as possible we align every single thing we do to a business outcome.”

In parallel with the creation of the cloud-native public space media operating platform that supports all of oOh!’s sales activities and back office, increasingly enhanced by machine-learning, the in-house team has been developing a data platform to prepare the business for further expansion. With data being the lifeblood of information based industries, how it’s leveraged for business growth is crucial. “Our new data platform is again cloud-native and it has been built from the ground up specifically to serve this business.” As well as hosting oOh!’s business intelligence (BI), based around traditional relational databases, our data platform also ingests and analyses data in real time using event streaming and machine learning,” he explains. “ML and data science are embedded in our software development lifecycle (SDLC) in a way that not many other people have done it.

The new platforms will make it easier to integrate new businesses into the oOh! family. The Commute by oOh! business acquired last year took oOh!media to a very dominating position, but public space media remains a competitive business. The Commute by oOh! business will be brought onto the new platform over the course of 2019, prioritising the systems that add the greatest value.

Andy McQuarrie moved to Australia less than five years ago. The Scot had already spent many years as an expatriate in London, and though the two organisations are very different in scale, there was something about oOh! that resonated with his experience at Sky. “Sky is a world leader and we are just embarking on the journey to becoming a tech-centric business, but the passion the leadership at oOh! have for the business and the feeling of team togetherness really attracted me. Brendon is a charismatic individual with a vision for the business underpinned by technology. When he shared that vision with me, I realised I really wanted to be part of this journey and contribute not only to the technology vision but of the wider business too.” 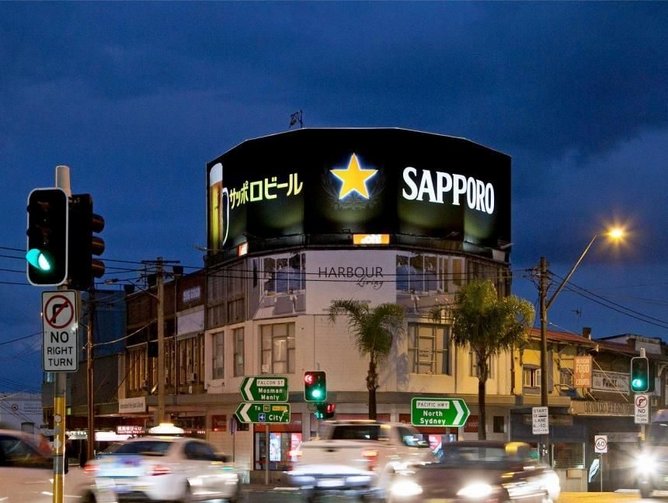 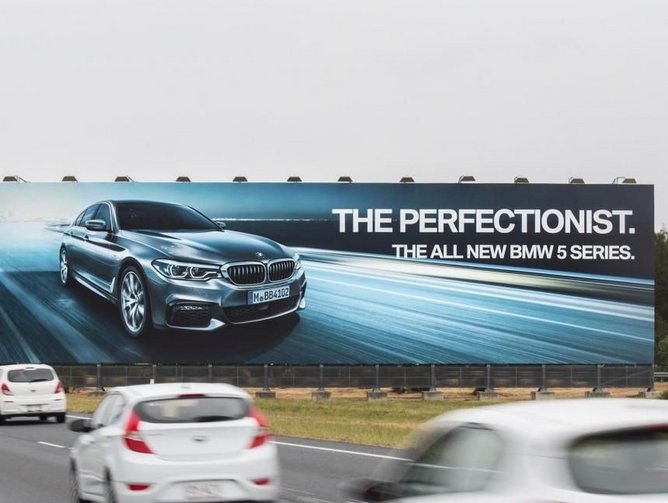 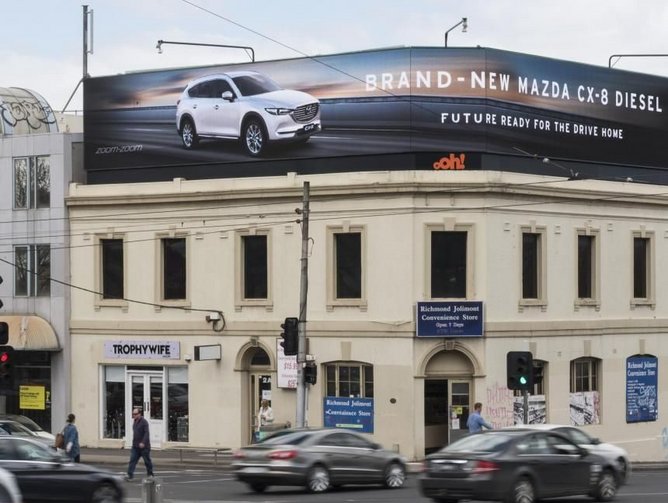 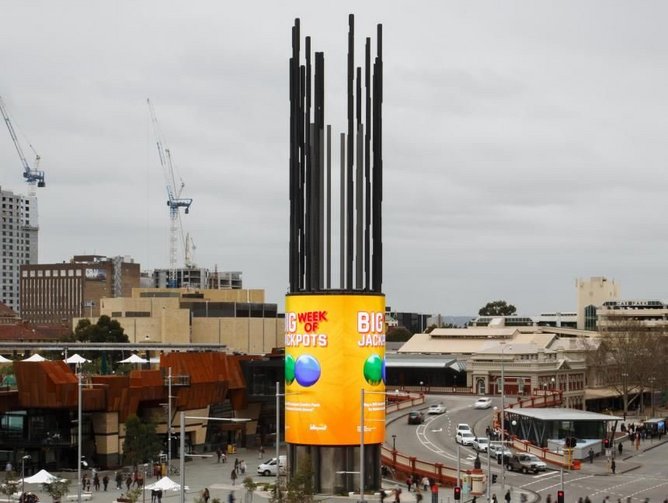 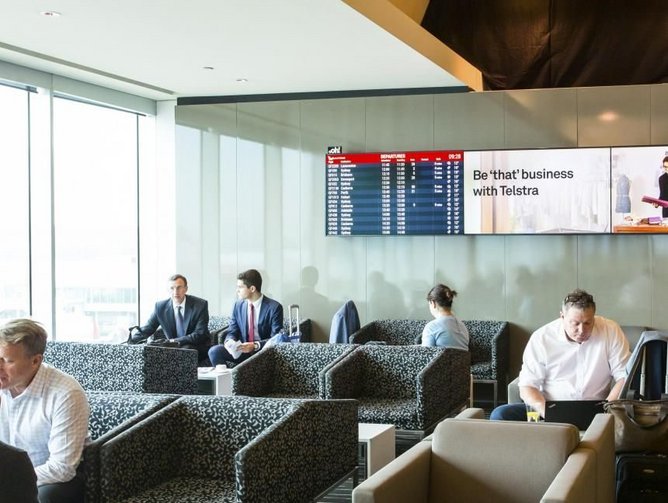 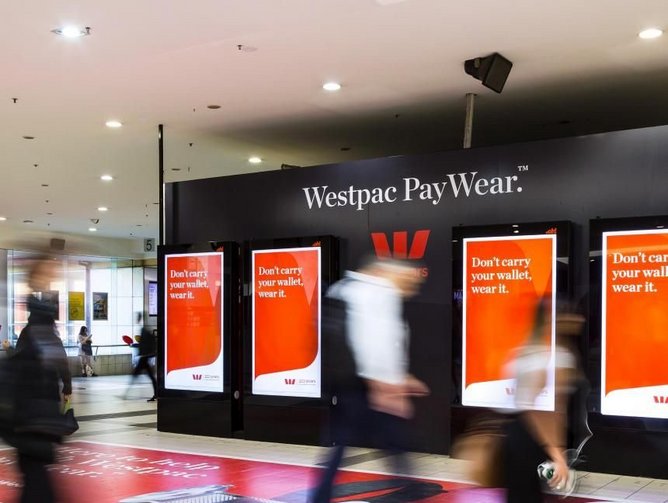