What started off as a bet between two brothers nearly 100 years ago has transformed into one of the most prestigious, successful and well-respected bedding companies throughout Australia.

A fourth generation family business since it was established back in 1899, and now moving to it’s fifth generation, A.H. Beard has been Australia and New Zealand’s premier manufacturer of quality mattresses and bedding since 1899. After the original factory burned to the ground in 1926, Albert Henry Beard chose to continue making beds, while his brother made a bet that he couldn’t produce seven beds in a week.

“It became a challenge between our grandfather and his brother,” said Allyn Beard, director at A.H. Beard and grandson of Albert Henry Beard. “It’s really ironic because now we make between 6,000 and 10,000 beds in a week during peak production. So the business has grown both in volume and average unit value quite dramatically over the years.”

The active involvement of the Beard family with its retail customers facilitates great communication, and because of that, they’re better equipped to understand the needs of the consumer. As a company that has been a proud licensee of the Australia Made logo for many years, people know what they’re getting when purchasing a bed from A.H. Beard.

“It’s about longevity,” Beard said. “When you deal with somebody for a long period of time, you get to understand what they look for in a product and what pushes their buttons. Every retail customer is different, so we are able to customise our offering to maximise our relationship with each retail customer. We become more meaningful to them than the other guys, who are selling the same product in every shop in town.”

But nearly just as important as a relationship with their customers is the rapport built up with their suppliers. Due to A.H. Beard’s long-term existence in the industry, it has been able to build a strong association with its suppliers going back many, many years.

This strong relationship has helped A.H. Beard stay a step ahead in innovation.

“We rely on them to bring new products and new materials that assist in making our products better, more competitive and more marketable,” said Beard. “Hopefully if we’re a meaningful partner to them, they’ll come to us first, and that’s what usually happens”.

“We have accessibility, so if they discover something that will be beneficial to our business, they’ll call and speak to us directly. That allows us to be an innovator in the market.”

When it comes to the actual beds, A.H. Beard prides itself on having a wide variety. Not every mattress is right for every person, but that’s the beauty of the company—it aims to provide different products for different consumers.

Each individual has a different set of needs in order to reach maximum comfort and get the best night’s sleep possible.

“Beds are quite objective,” said Beard. “What’s right for one person could be wrong for the next. There is no one bed that will satisfy everybody. There are different weight distributions for different people, and you’ve got different habitual sleeping positions, plus, not to mention, customers with different medical requirements.”

Whether it’s a King Koil, Domino, Nature’s Rest, Health Rest, or iComfort, there are a wide range of foam and innerspring systems and constructions that appeal to every situation. Beard shared his own personal experience of having undergone a spinal fusion operation, and said that his preference was a mattress with talalay latex inside, however he acknowledged that what’s right for him could be wrong for the next person.

Part of providing the right mattress to the customer is being aware of advances in technology.

The company has implemented its Six Week Sleep Challenge, which is about educating people who may be sleep deprived or are not getting quite as good a night’s sleep as they could be. Those who participate can log in on their smartphone or computer, and input their sleep details from each night. Every week, A.H. Beard checks in on their progress and gives them new sleeping tips. Participants are currently in the third round of the sleep challenge, with the next round coming in October.

“There’s a vast shortage of knowledge about sleep, but people’s awareness of the importance of sleep is growing,” Beard said. “We believe sleep is equally important as diet and exercise. If you’re not getting quality sleep, it will obviously affect your well-being, as well as your performance at work and in sports. It can also lead to weight gain and obesity.”

The sleep challenge isn’t just for people who purchase beds from A.H. Beard. Anyone can sign up, and it’s completely free. Beard said the company has had tremendous feedback from those who have participated, as they’ve played a role in improving their sleep and their lives. The next step for the Six Week Sleep Challenge is moving on to China.

As one of the few exporters of any manufactured product into Asian markets, Beard said it’s very exciting as an Australian company since Aussies are often challenged by imports coming in from China at cheaper prices. A.H. Beard is one of the unique Australian companies that actually exports manufactured products to China, which makes him especially proud of what they’re doing.

“Our workforce is proud to put their name on a product and ship it to China,” Beard said, “and it’s great to go over there and see your product with the Australian Made logo proudly displayed”.

“The Australian bedding market is a very mature market. There aren’t too many countries in the world that Australia can export products to, because they are bulky and come in various different sizes. You can certainly manufacture beds a lot cheaper in lower-cost countries.”

According to Beard, one of the unique dynamics today is with the Chinese becoming more successful and more affluent, they’ve developed a preference for buying imported products—including beds. Fortunately for A.H. Beard, Australian Made products are not only viewed as very good quality, but also very natural as well. The country is often associated with nature, which has been found to be relevant when choosing a bed.

“There’s a small, but growing market for Chinese willing to consider or hopefully investing in Australian-made products,” Beard said.

Staying on top of the industry

A.H. Beard isn’t among the industry’s leaders in innovation by accident. Beard said he and his team essentially travel the world looking for new innovations, often attending trade shows in the United States, Europe and Asia in an attempt to stay one step ahead.

“One of the realities when you’re in a market the size of Australia is somebody comes up with something new or revolutionary in another part of the world, and quite often, Australia is not on top of their list as a target market,” said Beard. “If we just waited here for it to get to us, it would take a long time and someone else might find it before us.”

With a corporate vision shared by the family, which includes his brother Garry, Allyn Beard believes the company is based upon having a long-term plan for the business that can continue to excel the same way it has since 1899.

“We’ve been fortunate to attract very high-caliber people to our organisation, as with any organisation it is only as good as the people who work within it,” Beard said. “We see it as a strong business that still has great potential.” 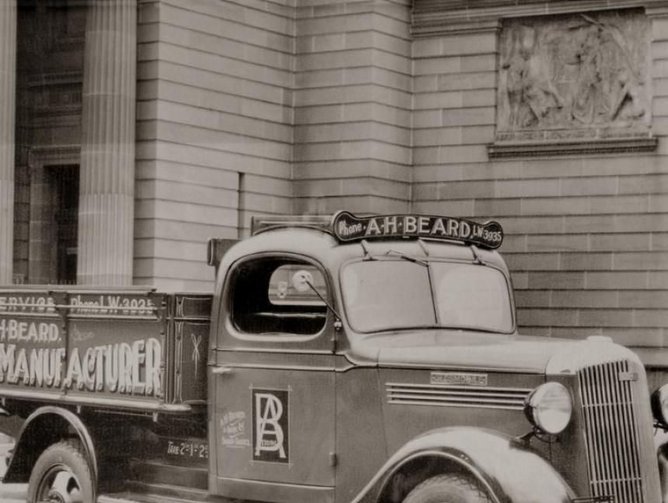 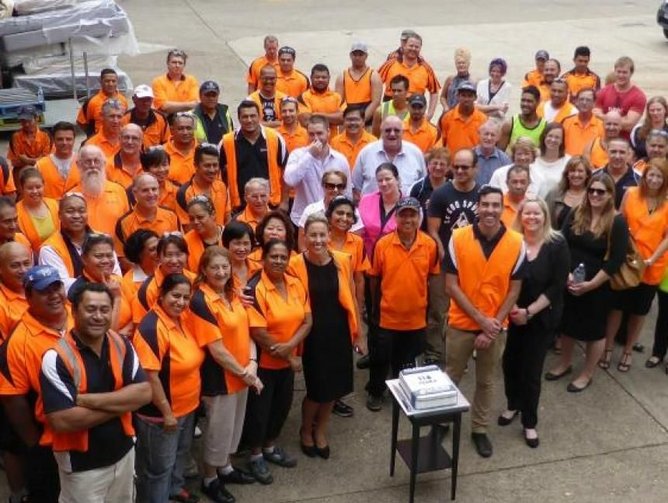 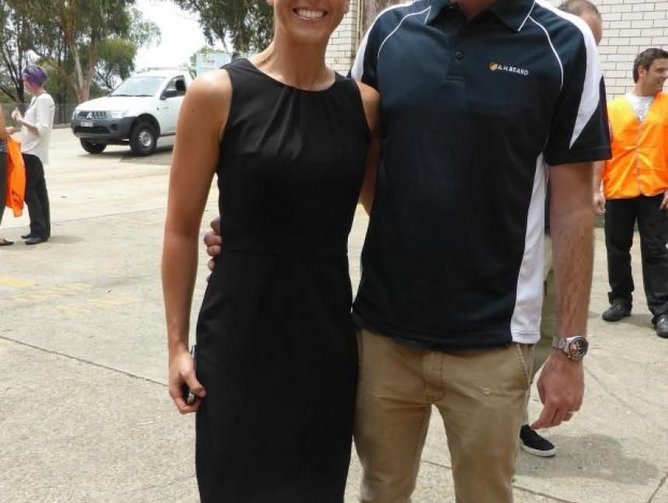 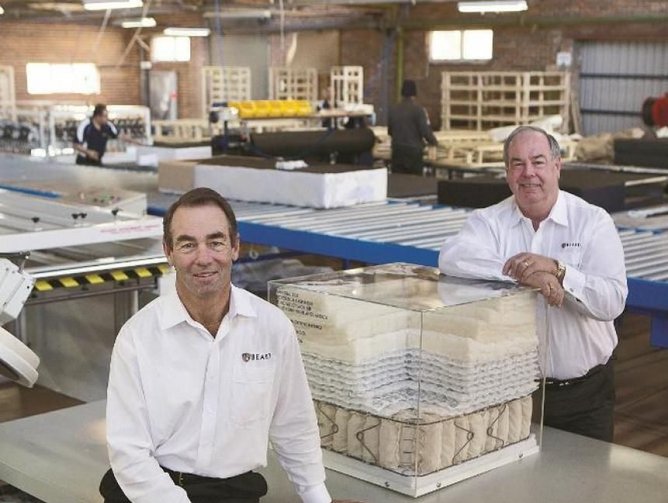 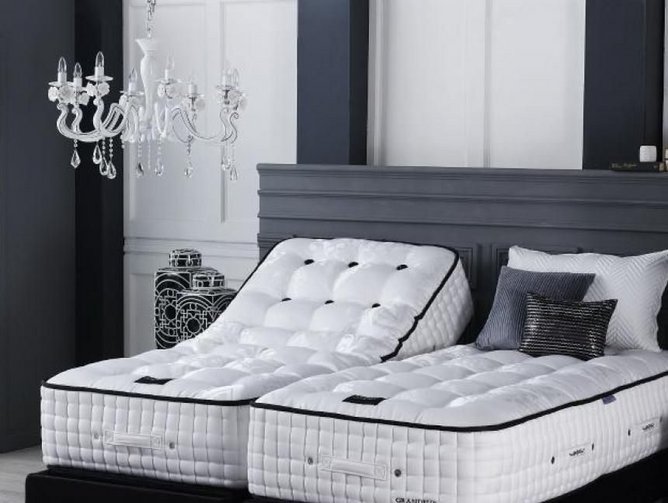 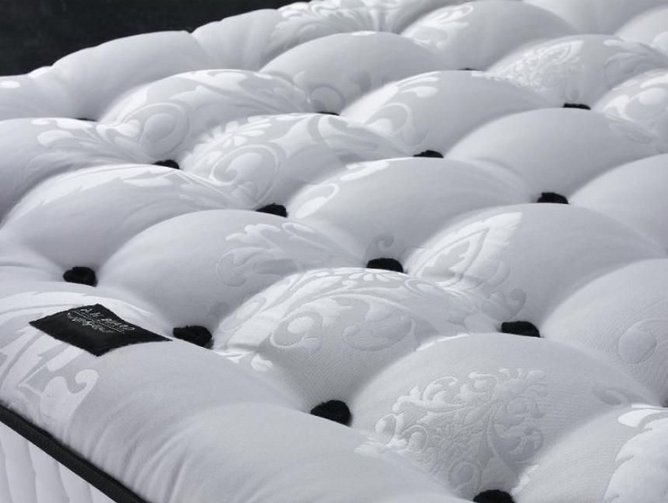 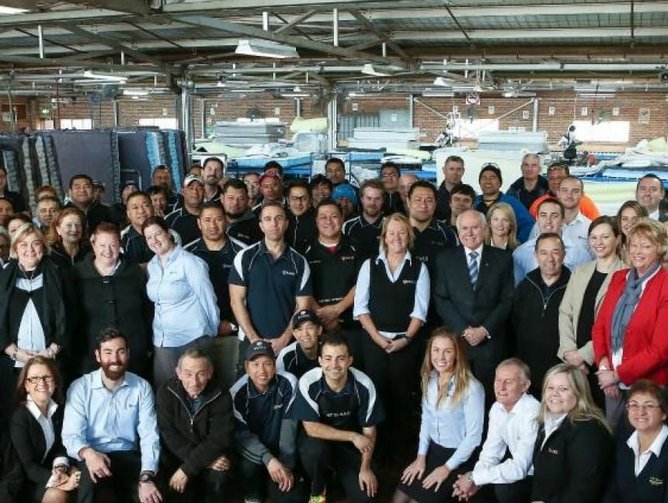