A golden opportunity for Alacer

The Çöpler Sulfide Expansion Project (CSEP) was completed on time and ~10% under its projected budget of $744mn. The project was delivered 13 million hours Lost Time Injury (LTI) free, and with a Total Recordable Injury Frequency Rate (TRIFR) of 1.84 per million hours – a record that Chief Operating Officer Stewart Beckman describes as a “stellar” achievement for the more than 3,000-strong team responsible for construction and the operations team, who are responsible for ramping up and running the new plant.

The successful completion of the CSEP, combined with its operational oxide plant, will provide Alacer’s Çöpler Gold Mine with a strong foundation for at least the next 20 years. “For approximately 10 years we have produced gold by processing oxide ore through our heap leach plant. Underneath the oxide ores are sulfide ores that also contain gold, but gold that cannot be recovered by simple leaching. Nature converted the top of the deposit to oxide ore by slowly oxidising the sulfide ores. The construction of the Çöpler Sulfide Plant gives us the ability to accelerate the process and rapidly oxidise the sulfide ores, enabling us to recover the considerable gold value that was previously trapped,” explains Beckman. “The oxide ore in the original mining area was depleting and so, without the CSEP, the Çöpler mine would have been facing declining production and the prospect of winding down operations. However, the CSEP now gives the operations 20 years of life. In addition, recent discoveries of new oxide ore deposits around the original Çöpler deposit now provide the prospect of extending the life of the oxide ore processing well into the future. We have gone from the prospect of declining operations at Çöpler to now having a very bright future, with both the oxide plant and the sulfide plant running. This is a great outcome for our business, our employees and the communities that are supported by the mine’s operations”. In 2019, Çöpler is expected to produce 355-415 koz at an AISC range of $675-725/oz from both the oxides and sulfides.

Project Director John Ebbett oversaw the design and build of the CSEP, explaining that the construction of the new plant utilised an integrated project management Team (IPMT) model to successfully break down inter-company barriers, increase transparency and drive individual accountability. “This allowed project issues to be highlighted and dealt with in a timely manner,” he says. “Early in the development of the IPMT, 4Points were engaged to develop a structured programme that would instill the desired culture and behaviours, while also remaining involved throughout the project by performing organisational health checks and assisting with change as the project progressed through its execution stages.”

Ebbett’s teams were able to take advantage of existing infrastructure on site and built additional accommodation for the 3,000 temporary workers “at well above the typical local standards for a construction site”, along with more than 100 apartments, including three-bed family units, for the ongoing operations team. “Anagold has taken a good strategic lead here, building a community facility as the plant employs most people from the local area,” Ebbett adds. “Compared to some of the projects I have completed elsewhere in the world, the infrastructure in eastern Turkey is fantastic. We had a great road to the mine site, a 50MW hydro power station 5km away (connected to the national grid) and other hydro station dams in the area.”

The CSEP comprised of three major sections of scope: the process plant, tailings storage facility and support infrastructure. The tailings storage facility is a fully lined impoundment with both under and over drain systems. The embankment is a mass wall, with phase one constructed during the CSEP construction, containing 3.5 million m3 of structural rock fill. The construction of the TSF was delivered using the current mining contractor, Çiftay, with Golder providing construction quality control.

The infrastructure scope included upgraded access roads, accommodation apartments for staff, an upgraded water supply system and other site facilities. The bulk of this infrastructure was delivered by local contractors from within the Çöpler district, resulting in a significant level of community involvement. The CSEP was an opportunity to further develop local contractor capability and assist with Alacer’s goal of creating a sustainable operation and surrounding community.

The process plant scope included crushing, grinding, acidulation, pressure oxidation, iron/arsenic precipitation, counter current decantation, leach, carbon in pulp, elution, electrowinning, detox/neutralisation and tailings pumping. “A key feature of the process plant is the twin autoclave circuits that, due to transport constraints, required vessels to undergo final assembly and post-weld heat treatment on site,” reveals Ebbett of this industry-leading approach. “We looked at the best way we could get the autoclaves to site in sections within the tight transport limits in terms of both size and weight. Transporting the autoclave to site in sections allowed us to balance the operational benefits of having horizontal autoclaves, and to minimise the potential construction issues by only having to weld autoclaves sections together on site rather than site fabricating the complete vessels.” Increased availability and operational flexibility are also provided by matching the twin horizontal autoclave configuration to the twin train oxygen plant (supplied by Air Liquide under a build own operating agreement).

Ebbett recalls the unity of the various branches of the contracted Engineering, Construction & Project Management (EPCM) team: “Sometimes owners can get in the way of the EPCM being effective; with an integrated owner’s team and no positions duplicated, we were able to meet challenges with quick decision making.” Wood provided engineering procurement and construction management services; Carpenteria Corsi delivered POX circuit vessels, while Ekato brought mixing and agitation technologies. “The IPMT structure drove a high level of collaboration and ensured nothing fell through the cracks in terms of information shared,” adds Ebbett. Turkish contractor Gap İnşaat (a subsidiary of Calik group, which is Alacer’s Turkish partner and 20% owner of the Çöpler Gold Mine) was the General Contractor for the process plant scope of the project, working closely as part of the IPMT. “GAP was key for us to effectively manage and work with our Turkish subcontractors,” he confirms.

Ebbett maintains completion of the project on time and under budget was achieved by “getting the basics right” and following best practice rather than taking risks with new innovations. “One of the key achievements was that we were well advanced on the engineering when the Alacer board approved the project,” he says. “Some resource projects tend to miss cost and schedule targets when they've been approved with insufficient engineering and project definition.”

Wood’s strong engineering expertise is recognised by the project director. “They provided the bulk of our personnel and worked with other key partners. Carpentiria Corsi fabricated the pressure vehicles (certified under the European Pressure Equipment Directive) and also completed the site assembly, working in unison with us to make sure we could get the process and performance requirements Wood was specifying.”

Elsewhere on the project, MOGAS provided all of the severe service valves needed around the POX (pressure oxidation) circuit. “There are only a few manufacturers in the business capable of delivering the valves required and their performance is important for plant reliability,” says Ebbett. “Koch Knight was another vital partner, brought on board to provide the lining of the vessels with the use of tailored acid and corrosion resistant materials. Also working with us was Weir, which supplied the specific equipment required (for the POX feed pumps) with an elegant design and proven technology to function at the high POX feed temperatures present at Çöpler.” Importantly, along with specialist international suppliers, the tanks, piping and structural steel fabrication and prefabricated electrical rooms were all sourced from within Turkey, resulting in a high portion of in-country spend.

The role that technology would play in the future operation of the Çöpler Gold Mine and its plants was a consideration throughout the CSEP. “We have included the ability to take it further,” confirms Ebbett. “The full control system across the plant is state-of-the-art, along with the ability to collect and utilise data.” The new plant also has a high level of digitisation laying the groundwork for advanced analysis. “Nothing is set in stone,” he adds. “These plants are complex to run and optimise with the operators managing many input and control variables such as the sulfide in the ore, oxygen consumption, oxygen efficiency, carbonates in the ore, the amount of acid being generated, etc. The ability to leverage simulators and high-powered tools will help the plant keep delivering to the highest standards in the future.”

Beckman is proud of the speed at which the plant has been stabilised to deliver consistently on its design. “We fully expect the CSEP to have the capacity to perform beyond its nameplate design,” he says. “We’re already working on options to make minor modifications to the plant to improve operations and increase production. Concurrently we've got significant exploration adjacent to the mine, so we aim to continue the oxide plant running in parallel to the sulfide plant and to increase the amount of ore available to the sulfide plant.” Ebbett concurs: “There's plenty of options to accommodate growth, and different ore characteristics through the sulfide plant. We've got flexibility in the process plant for the future.” 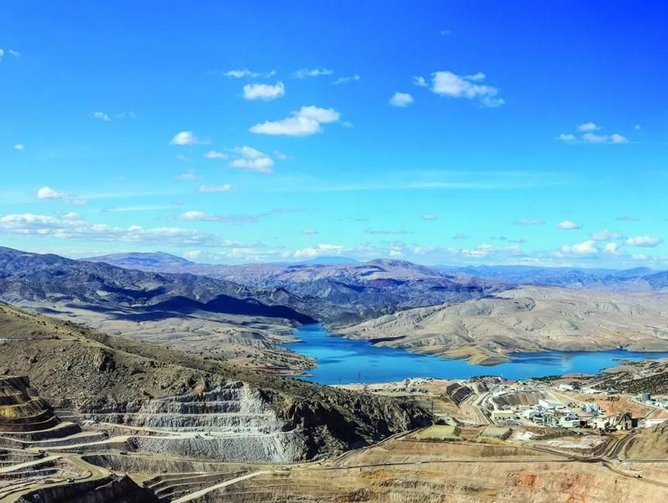 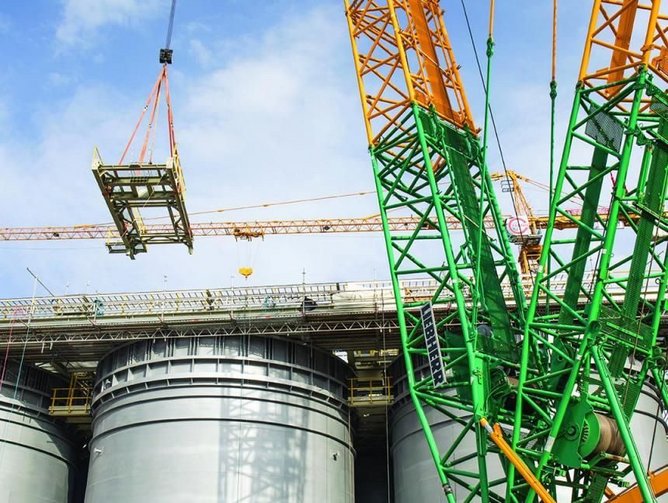 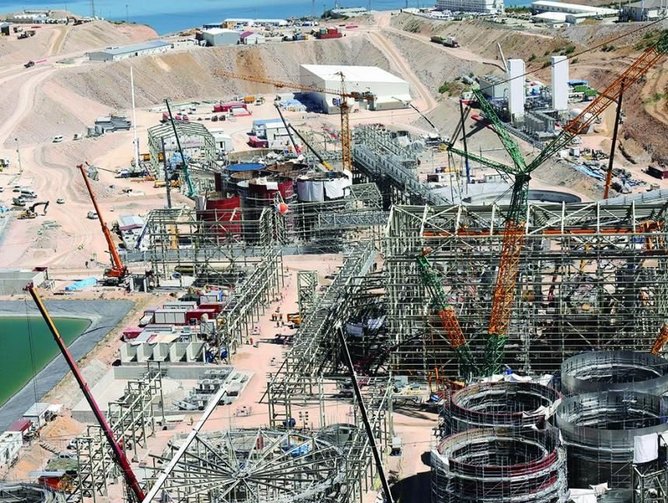 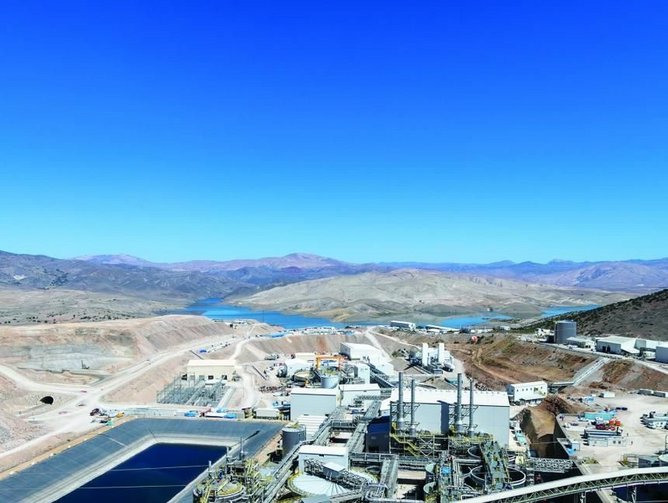