Getting around the Gold Coast

Australia's Gold Coast is strictly speaking a city, the country's largest that isn't a capital. But add the definite article and the Gold Coast is a densely populated 55 kilometre strip that runs along the Queensland coast from Ormeau in the north to Coolangatta and Tweed Heads (which are just into New South Wales), and from the famous surfing beaches in the east to the forested hills around Springbrook in the west. By far its largest industry is tourism, so it's no surprise that one of the things that make it tick is its taxi service. The largest operator Gold Coast Cabs has been in business since 1937, so it has grown with the region's popularity.

Since July 2014 the company has been led by CEO Gordana Blazevic, a very experienced businesswoman whose background in the public sector and police work gives her a deep insight into the core values of a business whose reputation stands on its ability to deliver a reliable, and even more important, a safe service to more than half a million residents and over ten million visitors each year. The business model, she explains, is a collaborative one whereby affiliated owner/operators are licensed to use the GC Cabs brand name: the company does all the booking, scheduling, training, maintenance and compliance work from its Helensvale headquarters, administered by nearly 100 direct employees and home to its driver recruitment and training centre.

All the drivers however are self-employed, either owning their own vehicle or having an agreement with an operator to drive one of their cabs and to share fare revenues, insurance costs and other overheads. A cab might be part of a small business investment or as in many cases, an individual will see investment in a taxi as a good way to spend their retirement fund and secure ongoing financial independence.

Embedded in the community

As it approaches its 80th birthday GC Cabs is one of the Gold Coast's institutions, says Blazevic. “When people think of the Gold Coast they think newness and transience but there are some important stable, iconic and institutional things too, and we’re one of them! Our customers range from residents to business people and of course tourists, but a very large amount of specialised work is undertaken too, such as servicing special events. That's something that will be in huge demand when the Gold Coast hosts the Commonwealth Games in 2018, she points out. In addition the company undertakes contract work for all levels of government, private clients and the health sector. It is worth noting that of its 352-strong fleet, 125 are wheelchair accessible.

Saving energy always cuts cost, but hybrid vehicles are ideal for taxi work, and that's why 51 percent of the cars are Toyota Prius hybrids. “When the car decelerates, it charges the batteries. The electric-only mode is very good at low speed and stop/start, but in highway driving it kicks over to a blend of electric and petrol. We get a better mileage – about 30 percent better than a petrol only vehicle.” Though 'maxi taxis' are not yet available as hybrid, the other vehicles all run on low emission diesel or duel fuel petrol and LPG. This is sound fuel economy management- as we know taxis spend a lot of time waiting, and in the hot Queensland climate the cars keep running for the comfort of drivers and passengers alike. Hybrid cars are ideal for this, she says, as they idle using electricity only and produce no emissions.

This is a company that takes community engagement seriously. “Our employees raise money for Guide Dogs Queensland,” she says. “And we're proud to be the sponsors of the annual Invitational Athletics Championships for Children with Disabilities. This year is our 30th anniversary as major sponsors. Many young people use these championships as a stepping stone to the Paralympics.” Among the other causes the company supports are the Gold Coast University Hospital Foundation, and the Gold Coast Centre against Sexual Violence, which benefits from all the unclaimed lost property. “We’re very conscious that we need to give back to our community,” she emphasises.

Any Australian with a clean driving record, no criminal convictions, a reasonable command of English and a good level of fitness can apply to become a driver. “We ask them to pass a numeracy and literacy assessment as well because obviously there is some paperwork and calculation involved,” she explains. “As a registered training organisation we can then put them into our driver training program. Initially there's a week of intensive training combining desk learning with practical work on the road.” Following that they are taken around the Gold Coast until they are familiar with its major roads and attractions.

But what can't so easily be taught are the values of the organisation. Being a taxi driver can be a combination of a paramedic, social worker, carer – and sometimes even a counsellor when a passenger has things on their mind. When dealing with children, the elderly, young people trying to get home late at night and overseas visitors who may not have the best English, they need to be sensitive and tactful. “It's all about customer service,” stresses Blazevic. “Often we’re the first people visitors see when they get off the plane. Taxi drivers are asked for restaurant and hotel recommendations and what to see while they're here. They also rely on us to get them safely to where they want to go. So our drivers have a role as ambassadors for our tourism industry and that is part of their training.”

Blazevic is happy to work in a highly competitive environment, in which there are bus, light rail and community transport options as well as other taxi firms. But she is a passionate campaigner against the unregulated, and in Queensland still illegal, Uber and other ride-sharing services. It's not that she is against the technology: in fact GC Cabs was well ahead of the game when it launched its own mobile app in 2011. Since then it has been refined by its developer MT Data, the company that designed GC Cabs' hyper-efficient dispatch system, and can offer all that Uber can, and a lot besides. All GC Cabs vehicles are GPS tracked all of the time, and are equipped with in-car cameras, she points out. “That is critical for the safety of the passenger and the driver. Universal Service Obligation (USO) regulations require Gold Coast taxis to be available 24/7, 365 days a year and to pick up where and when they are called but just try getting Uber at 3am in an outlying suburb on a Saturday and see how far you get!”

Another point to remember is that regulated taxis have to be under six years old and properly maintained. More important though is the safety aspect. “With GC Cabs you know who your driver is and you have the added security of in-car surveillance. As soon as the car starts the equipment goes on; the driver has no control over that equipment and can’t tamper with it.” The stills cameras in the fleet are currently being replaced with full CCTV, something that will be complete by 2018.

Competition is fine but not at the expense of hundreds of small taxi business owners and drivers who provide jobs, pay taxes and contribute to the local economy. On the same theme, you won't be able to get a wheelchair into an Uber. 28 percent of GC Cabs' fleet consists of 11 person 'maxi' taxis, with a wheelchair hoist. “We’re committed to making our transport services accessible to everybody in the community. We complete over three million trips a year and four percent of those are with wheelchair passengers on board many subsidised through the Department of Veterans Affairs and through the Taxi Subsidy Scheme. Importantly we complete approximately 40,000 school runs a year for young people with a disability, 35 percent of them are in wheelchairs. They’re some of our most precious cargo and we take extremely good care of them!”

The GC Cabs mobile app is designed to make life simple. Says Blazevic: “Gone are the days when you have to wait at the corner to see when the cab will turn up. 400 metres out, the Message on Approach feature sends a text to say that the cab is here.” The app has proven a great promotional opportunity as well. A TV commercial and video featuring surfers, the local Titans rugby league team, people with a disability, celebrities and the new company mascot “Franks’ received over 10,000 views within 24 hours of its release over social media: “That tells me that we really are connecting with our customer base and with young people who are our future customers” she comments.

The old radio system is retained as a fall back but fleet management is largely moving to the app and the high end IT that links dispatch, surveillance, accounts and communications. “Our IT systems have to be the best available on the market because we can't afford to go down, and that’s where the support of our partner Mercury IT is so integral to our business. They’ve been with us for seven years and they know our systems inside out.” The company uses industry-specific Integrated Taxi Management Accounting System from MSD: “At GC Cabs we act as a clearing house for multiple operations and contracts, clear the funds and get them out to the operators and the drivers, so our accounting system has to accommodate the different ways in which we process funds,” she explains. “To manage those rather complex financial arrangements, we rely on the sage advice of our accountants PKF who have been involved with our business for over 10 years. There isn’t much they don’t know about taxis.” 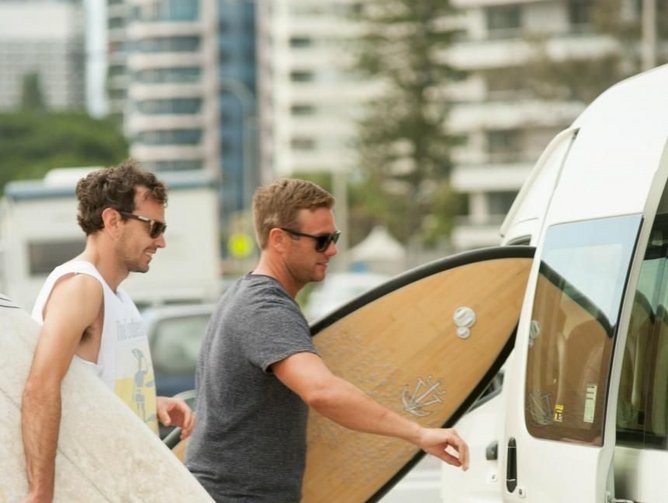 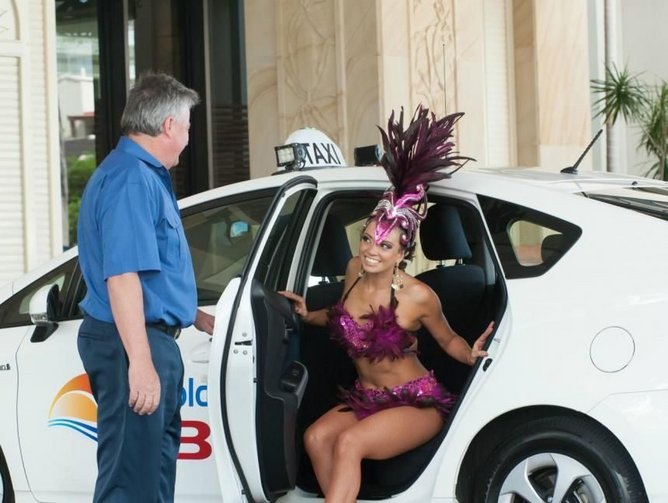 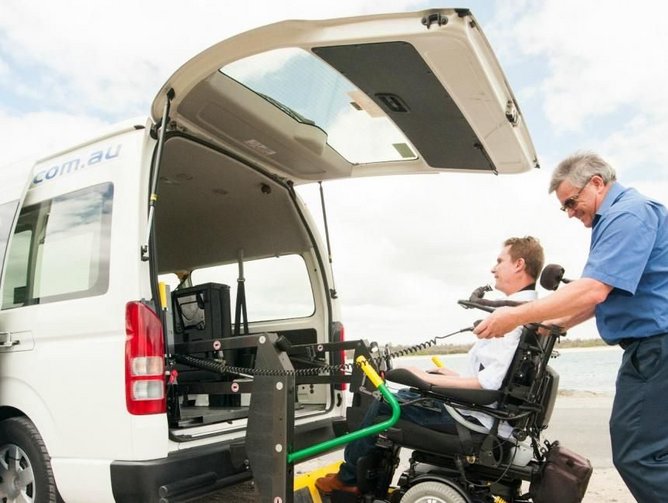 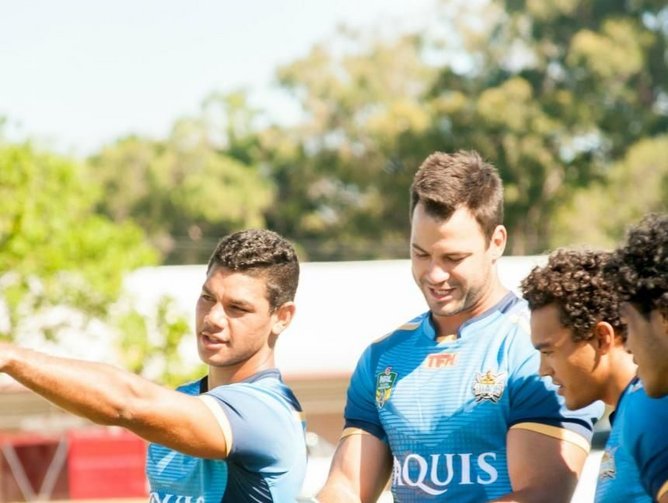 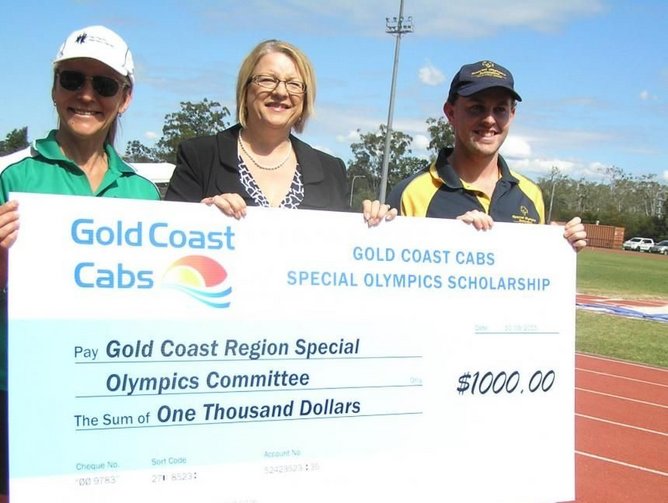