The Engine of Masan Resources

Masan Group, the listed parent company of Masan Resources, is one of Vietnam’s largest companies and has built leading businesses in the branded food and beverage sector and in the animal nutrition value chain. Its businesses include Masan Consumer Holdings, the producer of some of Vietnam’s most popular brands across many food and beverage categories, and Masan Nutri-Science, Vietnam’s largest local animal protein and feed company. Masan Group also is the largest shareholder in Techcombank, a leading joint stock commercial bank in Vietnam.

In 2010, with a vision to put Vietnam on the map for transforming the global tungsten industry, the Vietnamese company established Masan Resources and acquired a controlling interest in Nui Phao, a world-class polymetallic project in northern Vietnam. Since then, Masan has focused on key areas to complete investment requirements for the project and support its successful development of the largest tungsten mine in the world.

Located in Thai Nguyen Province in northern Vietnam, Nui Phao is the world’s largest tungsten mine, with an estimated reserve of 66 million tons. As the flagship asset to Masan Resources’s portfolio, the polymetallic deposit also includes a rare combination of economic mineralalization of fluorspar, bismuth and copper occurring with the tungsten.

“I’m only aware of two or three polymetallic deposits in the world,” said Dominic Heaton, CEO of Masan Resources. “A project will typically have one, or maybe two recoverable minerals, but rarely anything like Nui Phao.”

According to Heaton, the project originated when a Canadian junior mining company, out exploring for tin prospects, hit on some tungsten anomalies.

According to Masan’s website, Nui Phao mine’s resource was initially estimated by AMEC and re-estimated in 2011 and 2014 by Cube Consulting, in accordance with the JORC Code. A total of 376 holes were used for resource estimation conducted by Cube Consulting in 2014, of these 78 holes, 8,762 meters were drilled since the previous re-estimation in 2011.

In terms of logistics, the project is well-situated as it stretches over an area of 9.21 kilometers in the Dai Tu District, accessible by road via Highway 37, railway via Vinarail railway system, and the Hai Phong port and the new Cai Lan port.

“From a project delivery point of view, the project has easy access to good people and resources, and great infrastructure for contractors as well as any imports that need to come into the country,” said Heaton. “Some further works are being done, including better access, but the logistics overall are pretty good.”

Nui Phao  is an open-pit mine with a low strip ratio, making it one of the lowest-cost long-life producers of tungsten in the world. There is also potential to extend the mining life of Nui Phao past the current plans of 20 years.

Because execution is the key to success, Masan Resources set out to meticulously develop a team of international mining industry professionals with extensive regional experience in building and operating projects with international best practices, and tie this to a proven local execution team.

Along with the hiring of Heaton, Mason Resources secured an instrumental element of the execution team when they retained Deputy General Vu Hong as part of the acquisition in 2010.

“Mr. Hong has an extensive background and experience with the project at hand — covering both the social and environmental side of things, including relationship with key people within the community,” said Heaton.

Responsible for all Compensation &Resettlement (C&R) activitiesand external relations, Hong has worked on the Nui Phao project since 2004, as well as managed resettlement efforts for over 3,000 families during his career.

Heaton brought in Dale Smith as Construction Director and Craig Bradshaw as General Director, adding key components to its team.

“Dale was a vital part in the construction aspect of Nui Phao. He created a plan on how we could do the project, as well as building contingency plans around that.” Heaton said. “Bringing on Craig allowed us to look forward into the project, while conducting all the necessary activities to get started. We needed someone with one eye on the long-term while being mindful of the decision making going in the heat of resettlement and construction.”

Next the company brought Russell Griffin as Sales & Marketing Director to start building the customer demand ahead of operations, then added former Finance Director with Glencore Xstrata, Wayne Apted, as CFO in 2014.

“We’ve assembled a world-class management team where everyone played a critical role in getting this project off the ground and into production,” Heaton said. “If you have a clear vision of goals, as well as of your weaknesses and strengths, you have the ability to bring others in and align them with your goals.”

Funding represented the first challenge for Masan. In 2011, US-based private equity group Mount Kellett Capital Management LP invested $100 million for a 20 percent stake in Masan Resources, including parent company Masan Group, committing over $125 million towards the development of the project. Other investments included $115 million from the Vietnam Development Bank, $90 million by a syndicate of local commercial banks and $80 million by the Standard Chartered Bank, all refinanced in 2015 with local currency bonds at lower costs with longer tenure

“Because of Masan Group’s track record and credibility with the private equity community and leading banks, we were able to obtain a hearing with some different groups to present our case and educate them on the project. The fact that we were able to raise debt capital for an unhedgeable commodity in a challenging global environment is a testament to the potential of Nui Phao.” said Heaton.

The second step in furthering the project was the Compensation & Resettlement (C&R) process, affecting seven communes and roughly 1,530 households in six project sectors. Because Masan was commencing a project that originally started in the early 2000s, the company chose to focus on rebuilding the relationships with the three layers of government and the community.

“Vu Hong’s understanding of what commitments have been made previously has been vital to ensuring we maintain our standards within this project,” said Heaton. “His relationships with all levels of community and government have been invaluable to us.”

Led by Hong, Masan utilized a progressive resettlement approach with three objectives in mind: minimize impact of land acquisition and other socially adverse impacts, ensure that affected people maintain or improve their economic standards, and ensure project benefits are shared with the people affected by the project as well as surrounding communities.

As part of its commitment, Masan created three resettlement sites:  Nam Song Cong, Hung Son 3 and Dong Bong, including an additional site, Hung Song 2 Site, to support the resettlement and economic restoration programs. In total, Masan will resettle 1,925 households over the life of the project, making it the largest resettlement project in the province and one of the largest in Vietnam.

Next, Masan undertook its training development works. To achieve this the company partnered with the provincial Department of Labor and Social Affairs to develop and deliver a 15-month paid vocational traineeship program for about 250 project-affected people.

“The training program was a great example of us stepping back to review the necessary requirements and then going about achieving it. Because the workforce was ready in advance, the delays in commissioning allowed us to further their training,” Heaton said.

With all pieces in place, Masan Resources focused on accelerating the project into development — commencing the C&R process, signing Jacobs Engineering and awarding contracts.

Construction started in mid-2011 and was completed in less than two years, with commercial production starting during the first quarter of 2014. Since then, Masan Resources has focused on increasing production rates, resulting in more consistent processing throughput and recovery levels.

“We became the largest producing tungsten miner in the fourth quarter of 2014,” said Heaton. “Nui Phao accounts for 30 percent of the world total supply of tungsten and is also the largest single fluorite mine outside of China and Mexico, accounting for 6-7 percent of total global supply.”

Masan Resources has successfully secured the majority of its revenue stream by aligning with key players in each of its product sectors.  In 2012, Masan signed an offtake agreement with NYSE listed CMC Cometals to sell its acid-grade fluorspar to the global industry.  Similarly, bismuth is supplied to the world’s largest consumer of bismuth, 5NPlus under a multi-year supply agreement. In copper, Transamine has partnered for the sale and toll conversion of copper concentrates.

“Both companies have been great partners to work with since we started the project,” said Heaton, adding, “They have worked with us and introduced out in the market place making sure we met with the right customers at the right time.”

Similarly, in 2014, Masan Resources signed a joint venture with H.C. Starck, a global manufacturer of technology metals, to both form a joint venture producing value added tungsten chemicals, as well as purchase a significant share of the tungsten production.

“These contracts all represent an interesting partnership play and customer relationship in tungsten, bismuth and fluorspar,” Heaton said.

By the end of 2020, Masan Resources aims to become a $2 billion company by achieving growth through mergers and acquisitions in the short term, and mineral exploration for the intermediate and long term.

“The Nui Phao project is the engine of Masan Resources,” said Heaton. “I expect big things to come in the next few years.” 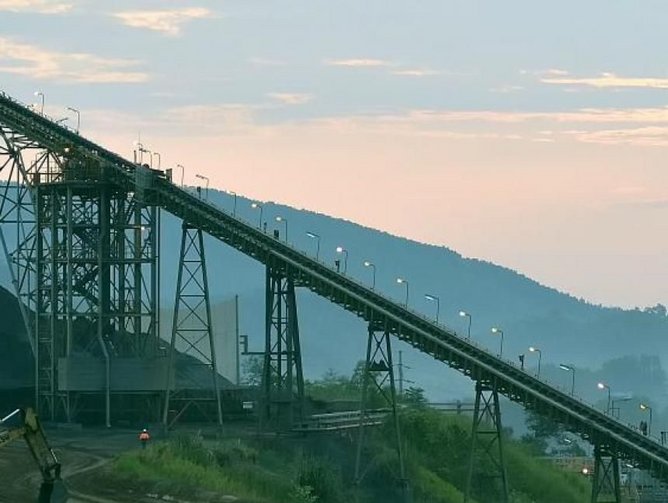 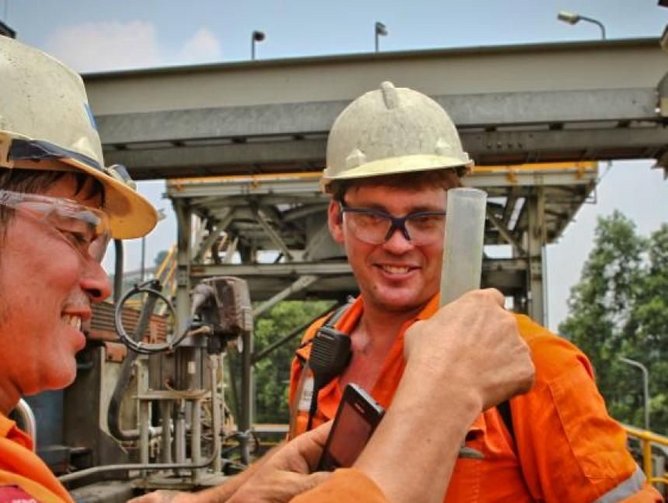 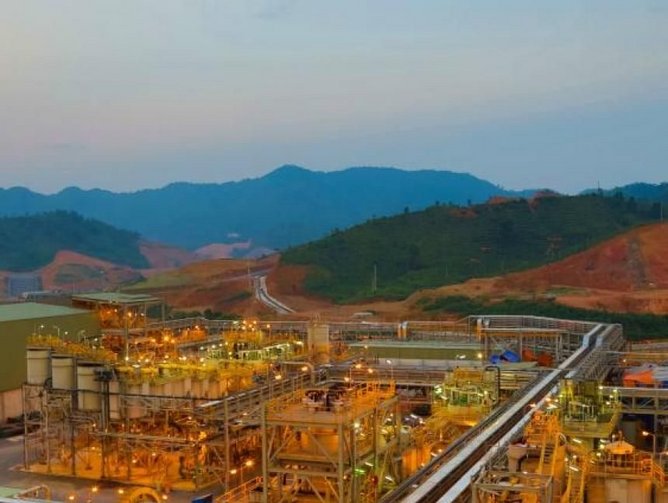 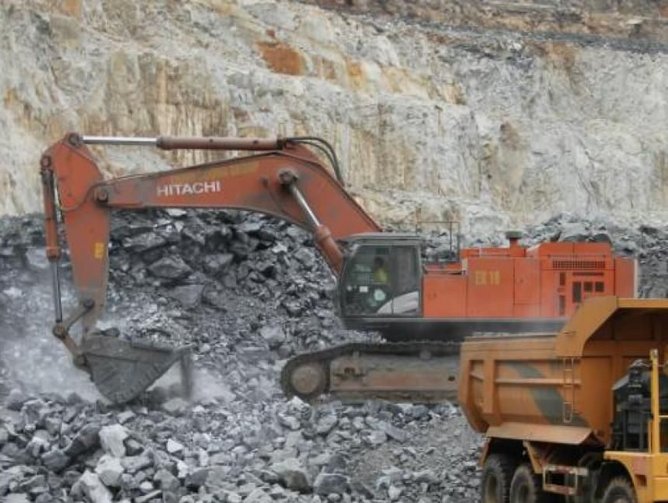 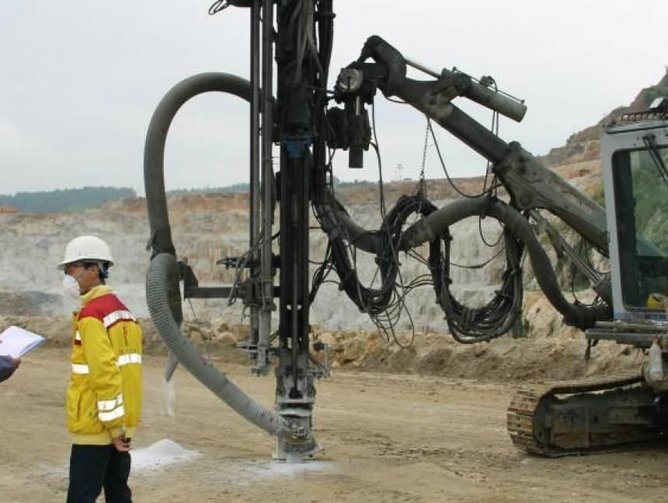 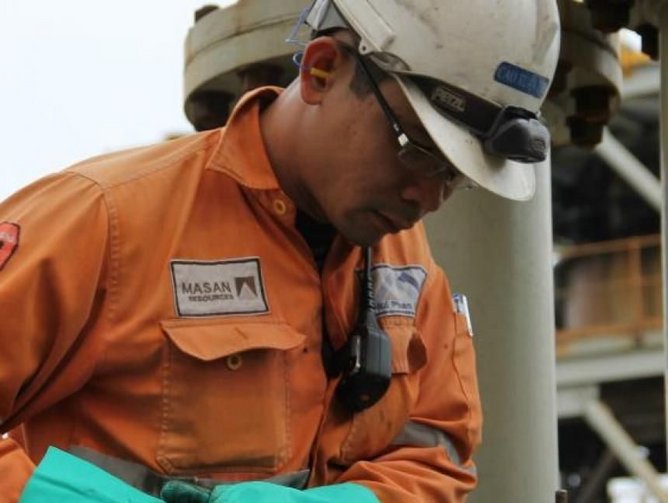 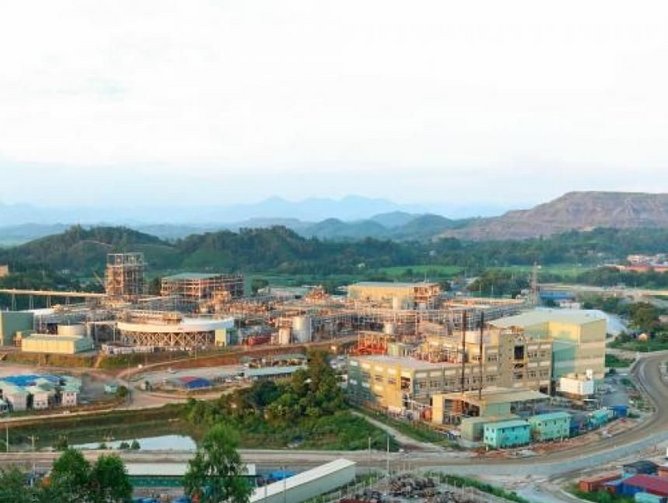