Urban development is not, alas, a joined up process. Developers, planners and business owners all tend to treat each project as an island. They may secure LEED or comparable accreditation on their office complex, hospital, factory or apartment block but till recently they have not tended to consider energy in the larger context of the precinct, industrial area – or even an entire city. These economies of scale, in association with the incentives and technology advances driving the growth of renewable energy solutions, have presented one of Australia's largest private construction companies with an opportunity to lead the field.

Total construction was founded in Sydney in 1994 by Steve Taylor and Bill Franks who remain as active owners while the business is led by Jeff Jones as CEO. From modest beginnings it has grown to a turnover of some A$120 million and employs a staff of 110, a structure makes for an agile approach and fast decision making. In the last 21 years it has developed a portfolio of projects large and small in most sectors from schools, factories and commercial buildings to airport and infrastructure. It has carved out for itself a special niche in the field of health and aged care, a booming field given that more than 15 percent of Australia's population is now over 65 and also that of food and beverage manufacturing. These two sectors are specialised, complex and closely regulated: Total has become the go-to construction or fit-out provider in each, having completed more than 40 health or aged care projects, and worked on ready meals facilities, dairy production lines, bakery facilities, waste treatment facilities, abattoirs and boning rooms.

The company adopts an ‘inside out’ approach, working closely with its clients and making a point of identifying itself with their business. “We like to do things that are a bit more difficult and complex!” says James Bolton, General Manager of Total's most recent division, Renewable Energies established in 2012. “Renewable energies were a natural extension of the skillsets we have already, particularly in the food and beverage area.” And, he adds, food manufacturers are large consumers of energy so understand the need to cut costs and the opportunities presented by on-site power generation.

As he grows the division, Bolton is encountering different reactions to renewable energy. There's still an 'old school' mentality, reluctant to change and unable to see the relevance of new technology to their business. There are also a lot of what he calls 'tyre kickers' who commission studies and costings, look at the business case but for one reason or another don't proceed. Luckily he is also finding many renewable energy champions who are primed with enthusiasm, push the project through and make it clear they want to include renewable solutions in their overall business and project: he calls them 'leaders'. No prize for guessing which ones he likes best: these are smart businesses ready to adopt leading edge technology, and looking to partner with a construction company that can deliver it.

One example of a definite leader is Frasers Property, developer of Sydney Central Park development, home to Total's first renewable energy project and very much a benchmark for future partnerships. “Frasers made it clear they wanted the greenest, most energy efficient project on the planet and have incorporated everything imaginable to get that status – hanging gardens, green walls, recycled water, smart metering systems are all designed in.”

The keystone of Central Park's green aspirations is undoubtedly the Central Thermal Plant (CTP), a gas fired trigeneration plant that provides electricity, chilled and hot water to the entire project. The A$44 million contract to build and install the plant was granted to Total in 2012, and work started in November that year. It was split into two stages, explains Bolton. “In the first stage of the project, completed in 2013 we were required to complete the design of the plant and undertake the procurement, construction and commissioning of the plant to supply heating and cooling and power to four buildings, out of an eventual eleven, which were completed at that time.” Thanks to the complete success of Stage 1, Total was then awarded Stage 2, which includes design, procurement, construction and commissioning. The entire project was delivered on time and within budget in December 2015.

Trigeneration is twice as energy efficient as coal-fired generation. The two 1.1 MW gas engines will save greenhouse gas emissions of up to 190,000 tonnes over the 25 year design life of the plant, equivalent to taking 2,500 cars off the roads each year it's operating. Chilled and hot water piped to the 2,100 apartments and 50,000 square metres of office and commercial space in the complex delivers a considerable saving when compared to the conventional installation of individual plant rooms and equipment. Instead of 21 chillers, for example, there will be just seven high efficiency chillers saving on capital cost, space, and reducing total power consumption and emissions.

The CTP won Total Construction the 2014 award for Best Co-generation or District Energy Project in the National Energy Industry Awards, Australia’s top awards for energy efficiency and excellence in performance, leadership and innovation in the sector. On the back of this project the company expects to get involved in many more district energy projects. The CTP has already attracted neighbouring properties and Total is developing an extension project to connect chilled water to the adjacent University of Technology Sydney. It has also been brought in to increase the capacity and network of an existing trigeneration facility at the headquarters of Australia's leading airline, beside Sydney airport at Mascot.

Now Total is involved in another ambitious mixed use urban renewal project, in scale to Central Park but located at the nearby city of Parramatta. The A$2 billion contract to develop Parramatta Square was awarded to Walker Corporation last year. It aspires to be the first of its kind in Australia to utilise smart city technology, will be built to a 5 Green Star rating of the Green Building Council Australia. Benchmarks will be set for sustainability and liveability at the precinct level. This type of development is driven by scale and at Parramatta there is again plenty of scope for extending the network beyond the six buildings in the precinct. Total investment in buildings at Parramatta Square and across the Parramatta region is estimated to reach A$ 8 billion.
The establishment of a trigeneration facility in an industrial or mixed use area will always attract the attention of neighbouring businesses keen to reduce their energy costs, and the client will always have an eye on the opportunity for expansion, says James Bolton. “Connecting to UTS was always part of the master plan at Central Park, and at Mascot we are going to connect with new offtakers on the airport. Once the next door neighbour finds others are connected, it creates an eagerness to join!”

While keeping abreast of district energy projects across Australia will take up a lot of his time he is also very keen to apply renewable solutions in some of Total's core areas of business. Aged care facilities, he points out are often in extensive premises with a lot of flat roof area and an air conditioning load that lends itself to solar installation. It would help the private care providers that bring their new build and extension projects to Total Construction an opportunity to bring their costs down, and if they are not as forward thinking as they should be, they may be pushed to renewable thinking by their residents. These belong to the baby boomer generation, he points out, and expect high standards in food, and are environmentally aware. Food and beverage manufacturers too are coming to him with their enquiries about environmentally friendly waste water treatment or anaerobic digestion to create biogas for on-site power generation.
Bolton looks forward to integrating more solar photovoltaic or thermal elements in future district energy schemes. It will be, he thinks, an important element in establishing Total Construction as the leading smart builder in Australia, partnering with the most forward looking clients. 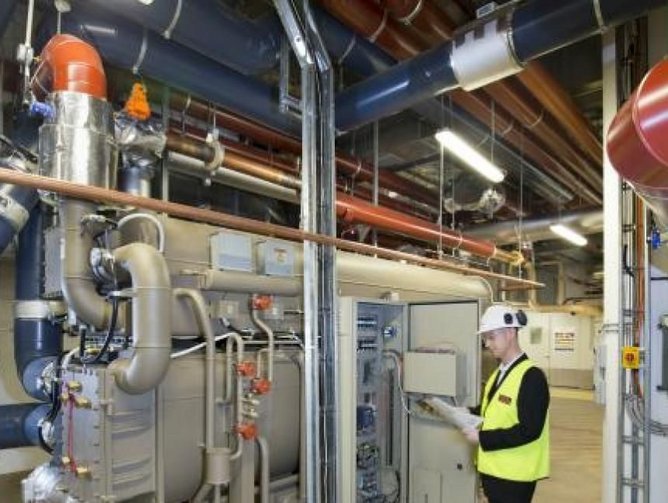 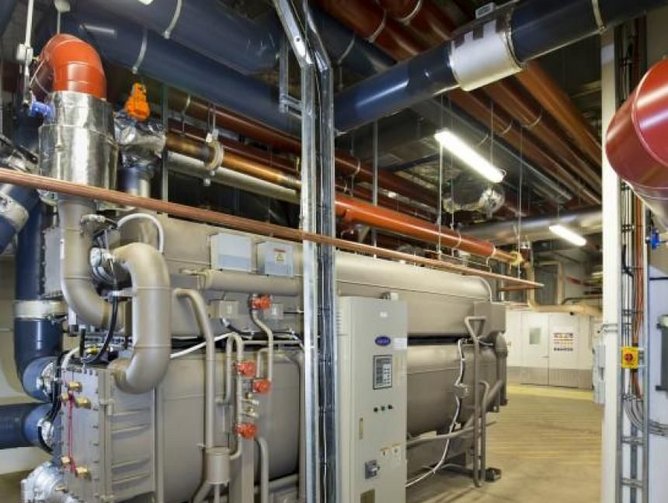 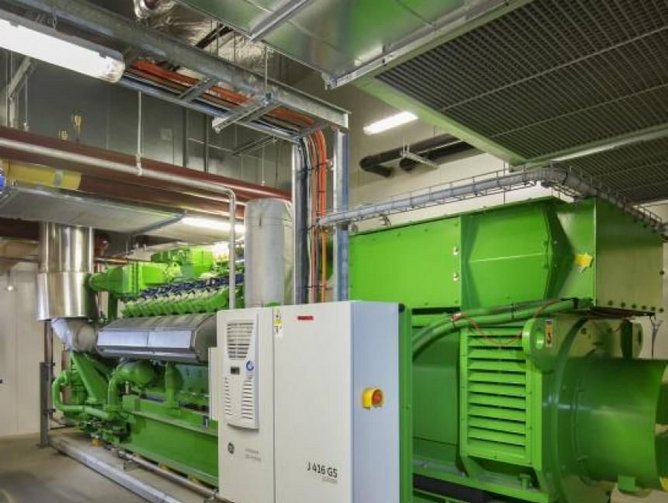 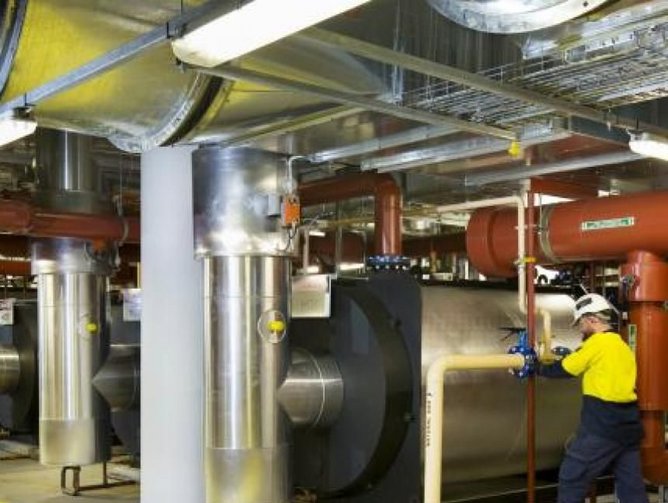 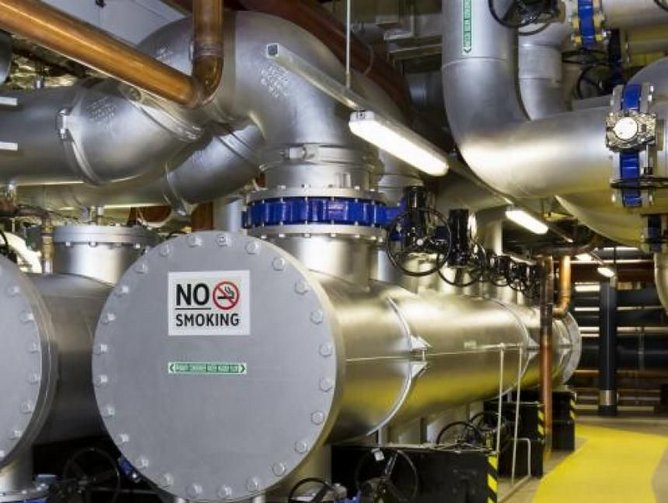 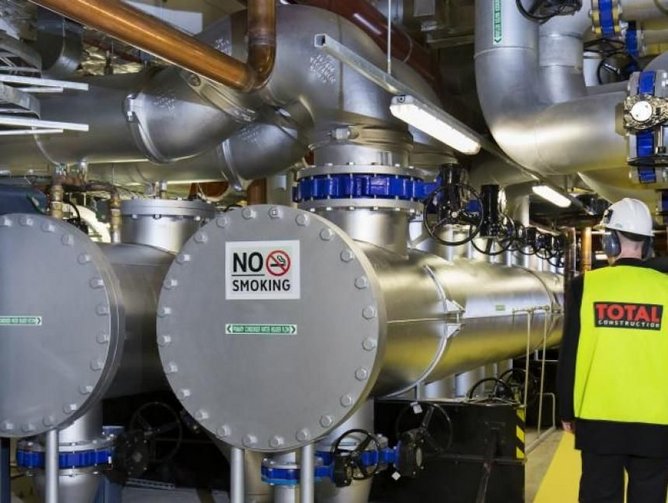 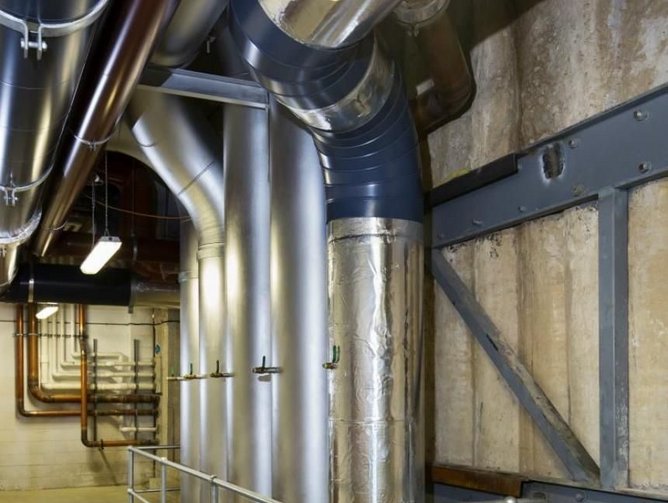 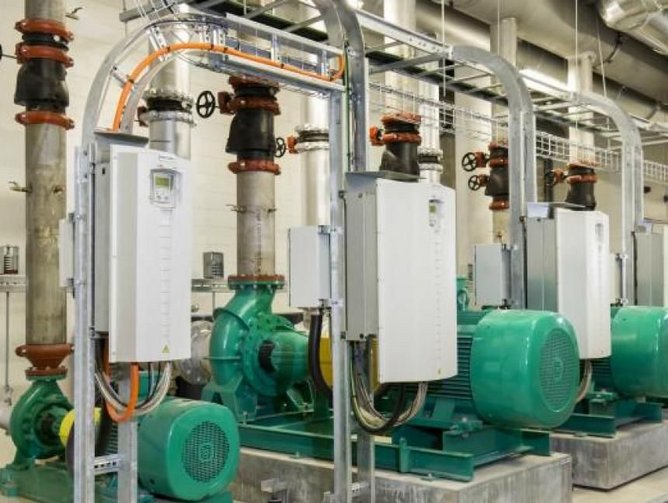 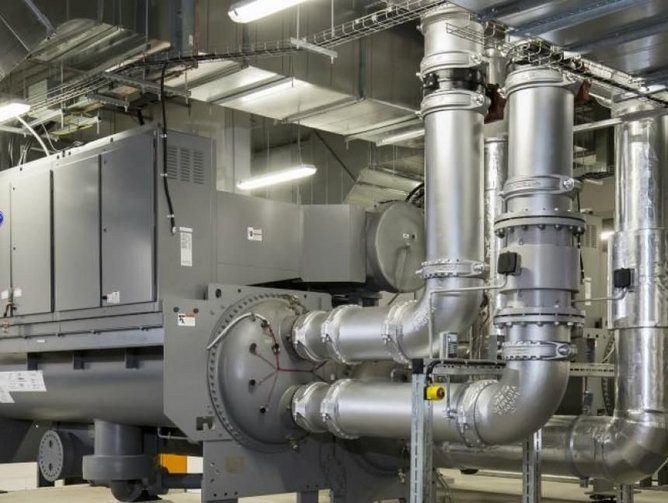 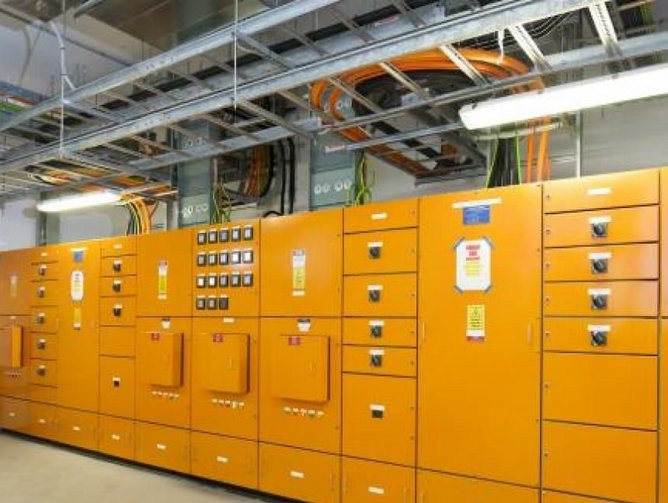 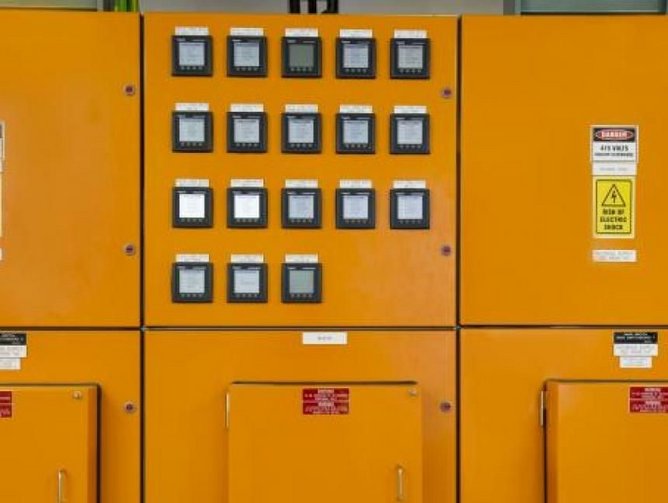 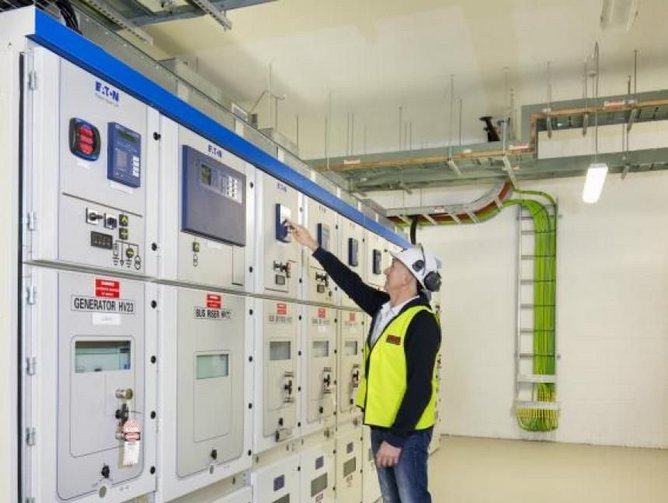 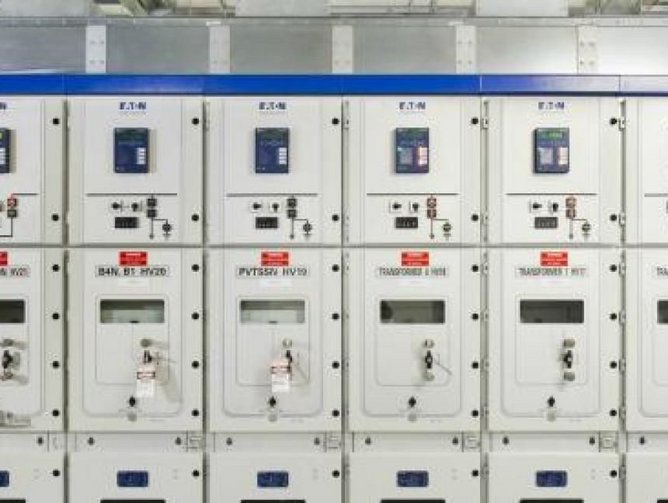 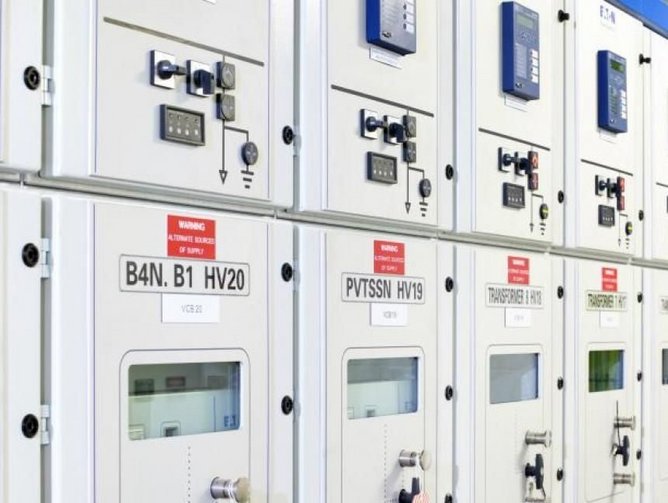 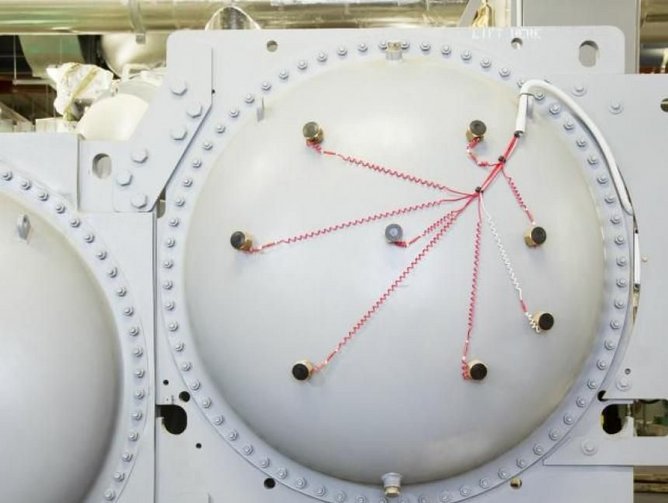 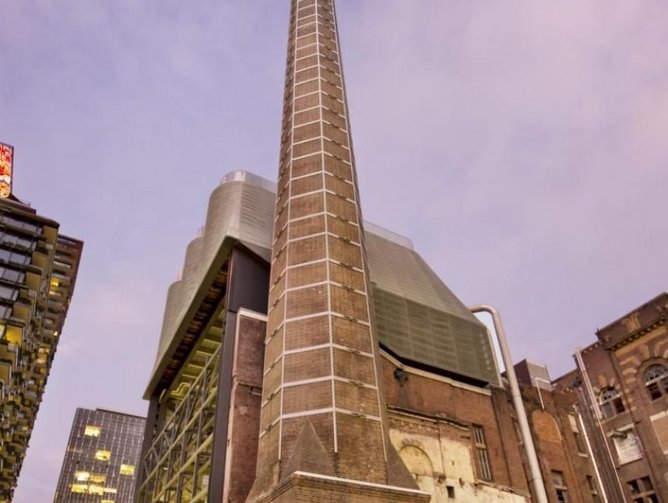